Over the past two years, the team at desiringGod.org has published a series of ebooks made available to our readers free of charge. The ebooks range from material written by John Piper, individual biographies, and multi-author volumes, with each one downloadable in three electronic formats (PDF, MOBI for Kindle, and EPUB for iBooks and other readers). Some also include a paperback option as well. With our most recent release of Killjoys, the total number is now 24. Check out the full list below, and enjoy.

1. Alive to Wonder: Celebrating the Influence of C. S. Lewis 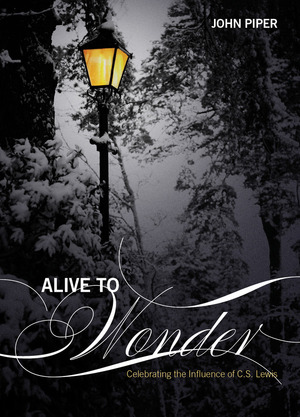 Even a cursory reading of John Piper’s most foundational books shows C.S. Lewis’s influence. From the deep truths of Christian Hedonism to the good interpretive deed of valuing an author’s intention, Lewis-thought is there. Including a new introduction by Piper, Alive to Wonder features a collection of Piper’s best content that leans on Lewis.

2. An All-Consuming Passion for Jesus: Appeals to the Rising Generation 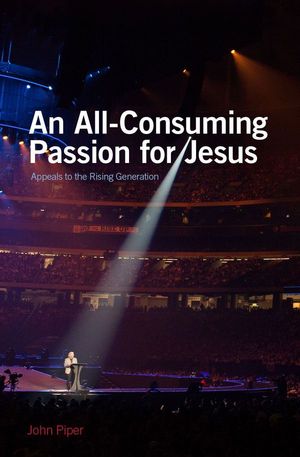 Thousands of college students wait silently in a dark auditorium as you make your way to the podium, under the spotlight. What will you say? What will you offer them? John Piper’s recent message at Passion marks nineteen years he has been involved in this conference, inspiring some of his most memorable messages. An All-Consuming Passion for Jesus features a collection of four of the most pivotal.

3. Captive to Glory: Celebrating the Vision and Influence of Jonathan Edwards 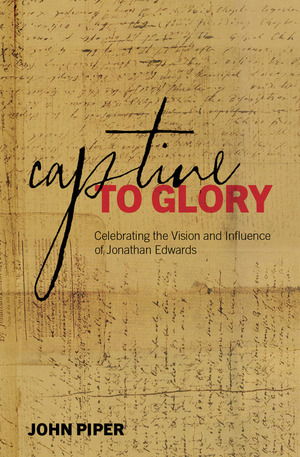 J.I. Packer said of the first edition of John Piper’s Desiring God, “Jonathan Edwards, whose ghost walks through most of Piper’s pages, would be delighted with his disciple.” If Edwards would be delighted, it’s because the focus of Desiring God, and Piper’s entire vision for ministry, is the glory of God. Edwards’s theology is complex, and has been the subject of years of seemingly endless scholarship on its details, but his passion for the supremacy of God is crystal clear. And this is palpable in anything Piper has to say. Captive to Glory is a collection of the best.

4. Disability and the Sovereign Goodness of God 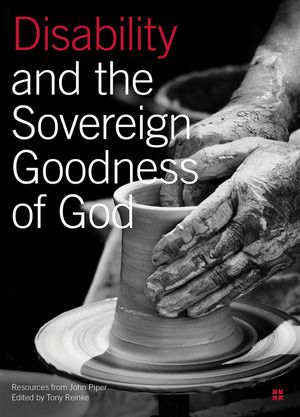 Disabilities are a reality. They break into our lives in various forms: as the product of genetic misalignments in the womb, as the result of tragic accidents, as the byproducts of infectious disease, and from the degenerative effects of old age. And no church is immune. Every church leader must be prepared to answer very hard questions about the goodness and sovereignty of God.

5. Doctrine Matters: Ten Theological Trademarks from a Lifetime of Preaching 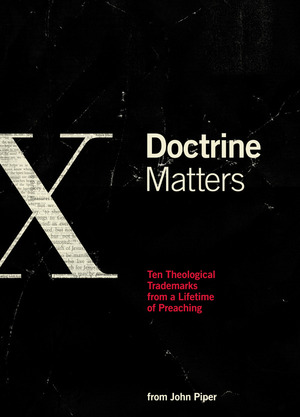 Preaching, you could say, is where the rubber begins to meet the road on what a church believes. It is the living statement of faith. And in the case of John Piper, we have this statement captured online in over 1,200 sermons, including a whole series where he devotes a single message to the main theological emphases of his near 33-year preaching tenure. These theological emphases, preached as ten sermons last year and now edited into this volume, embody the legacy Piper hopes to leave at Bethlehem Baptist Church.

6. Exposing the Dark Work of Abortion 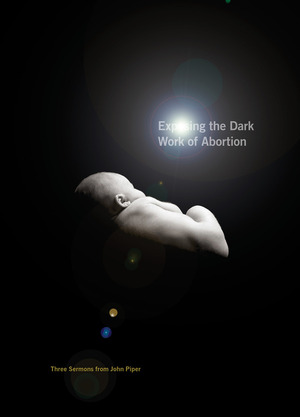 We are children of the light. Abortion is a work of darkness. The apostle Paul said, “Take no part in the unfruitful works of darkness, but instead expose them” (Ephesians 5:11). This short book is a collection of three sermons John Piper preached on abortion, aiming to help us speak out. 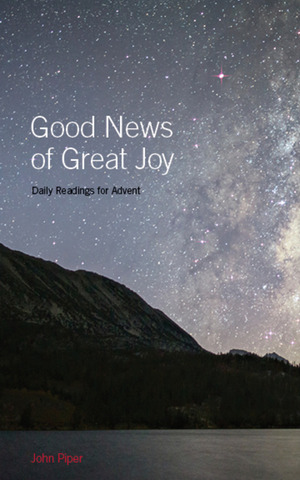 This short book is a collection of Christmas meditations by John Piper to help you keep Jesus as the center and greatest treasure of your Advent season. The candles and candies have their place, but we want to make sure that in all the Christmas rush and hubbub we adore Jesus above all.

8. A Holy Ambition: To Preach Where Christ Has Not Been Named 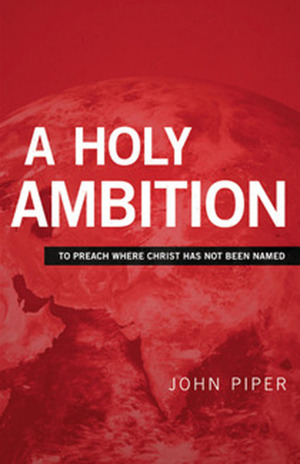 “Holy ambition” means something you really want to do that God wants you to do. This collection of missions-oriented sermons by John Piper challenges readers to consider and cultivate a holy ambition to preach Christ where he has not yet been named.

9. Love to the Uttermost: Devotional Readings for Holy Week 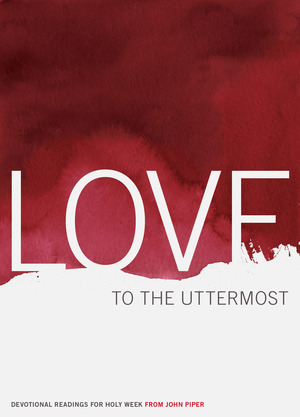 Comprised of eight excerpts (plus one prologue reading) selected from John Piper’s extensive writing and preaching ministry, this new devotional was compiled and shaped for use in personal devotions or family and group settings during Holy Week.

10. The Marks of a Spiritual Leader 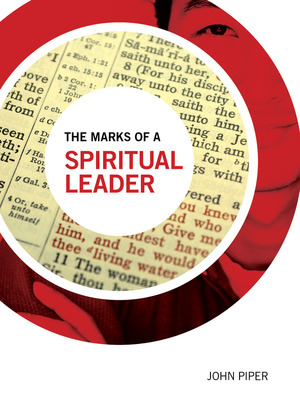 The beginning of spiritual leadership must be in the acknowledgement that we are the sick who need a physician. Once we are humbled to the point of desperation, we will be open to reading the doctor’s prescription. In this short book for leaders, John Piper leads the way.

11. Sanctification in the Everyday: Three Sermons by John Piper 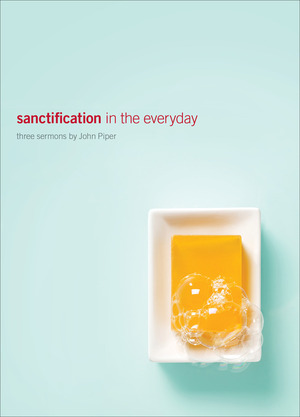 Whether fighting a specific sin or walking by faith amid stressful circumstances, the aim of this ebook — three compiled sermons from John Piper — is to add to your arsenal for the everyday work of sanctification.

12. Take Care How You Listen: Sermons by John Piper on Receiving the Word 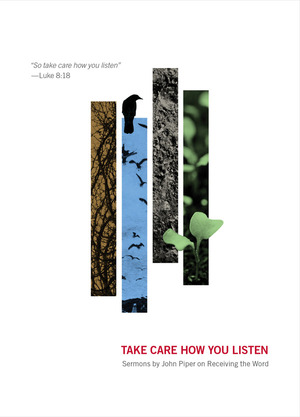 Take Care How You Listen is an ebook on listening well. It is comprised of five unedited sermon manuscripts from the preaching ministry of John Piper. We pray this resource will serve your personal reflection as you heed Jesus’s command to “take care how you listen” (Luke 8:18).

13. A Tribute to My Father: With Other Writings 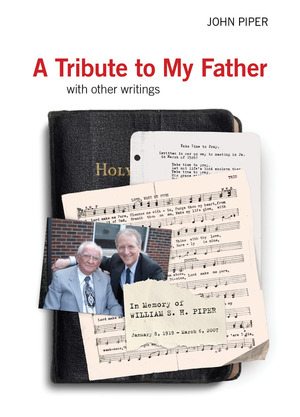 John Piper writes, “My father was the happiest man I ever knew. One of the reasons for this was his singing faith. To feel the significance of this, you need to understand that he was a fundamentalist. That’s not a bad word in my vocabulary. And he’s the reason. Fundamentals are worth dying for and fighting for. But that fight has killed the Song in the hearts of many people. But not in Bill Piper.” 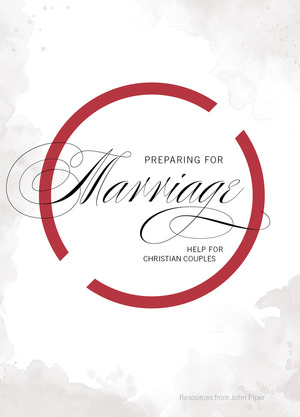 Getting to know that special someone includes learning about family and friends and schooling and athletics, favorite pastimes, books, movies, life’s best moments and worst, the brightest places in our background and the darkest. But what about theology? Ever think to ask about that? This short book offers some help.

15. Adoniram Judson: How Few There Are Who Die So Hard! 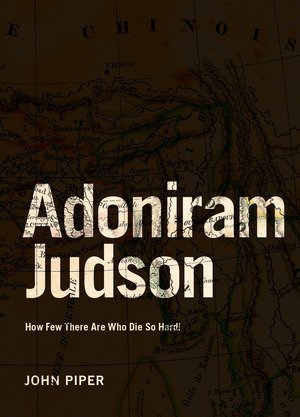 Judson was America’s first foreign missionary and an example of one who considered, and executed on, his own uniquely strategic role in completing the Great Commission. Originally an address to pastors, Piper’s biography of Judson leads us to ask the challenging question, “Might God be calling you to fill up what is lacking in the sufferings of Christ, to fall like a grain of wheat into some distant ground and die, to hate your life in this world and so to keep it forever and bear much fruit?”

16. Andrew Fuller: I Will Go Down If You Will Hold the Rope! 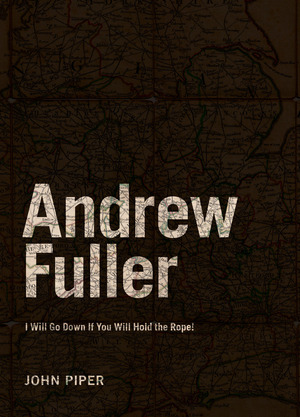 In October of 1792 the Baptist Missionary Society was formed in the home of Andrew Fuller. For the next twenty-one years Fuller served as the leader of this organization, raising funds, writing periodicals, recruiting missionaries, and sending personal letters to those on the frontlines. He longed for unreached peoples to hear the gospel and championed the important (but often overlooked) foundation of doctrinal clarity.

17. David Brainerd: May I Never Loiter On My Heavenly Journey! 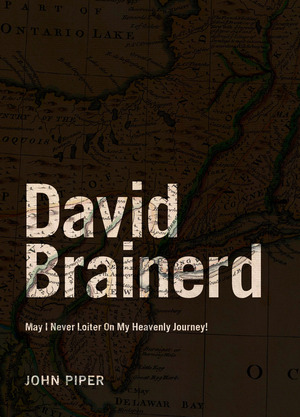 In 1742 Yale College expelled David Brainerd. He had made some prohibited comments about some of the faculty and, though at the top of his class academically, Yale booted him. In the years that followed, before his untimely death at the age of 29, God did an amazing work through this relentless missionary to Native Americans.

18. John G. Paton: You Will Be Eaten By Cannibals! 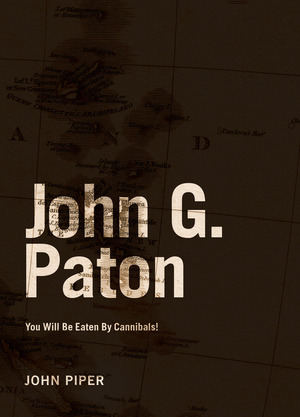 John G. Paton and his wife set sail to the islands of the New Hebrides in 1858. But this decision didn’t come without criticism. On one account before leaving, a respected elder chided the couple, “You will be eaten by cannibals!” Paton responded, “Mr. Dickson, you are advanced in years now, and your own prospect is soon to be laid in the grave, there to be eaten by worms; I confess to you, that if I can but live and die serving and honoring the Lord Jesus, it will make no difference to me whether I am eaten by Cannibals or by worms.”

19. Martin Luther: Lessons from His Life and Labor 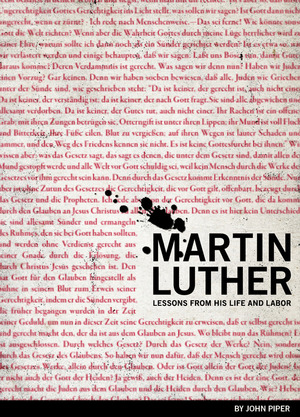 We are beggars. This is true. Those were the final words Martin Luther scribbled on a piece of paper just before he died on February 18, 1546. His last words echoed the life-changing truths he’d unearthed in the Scriptures — first life-changing, then civilization-altering. 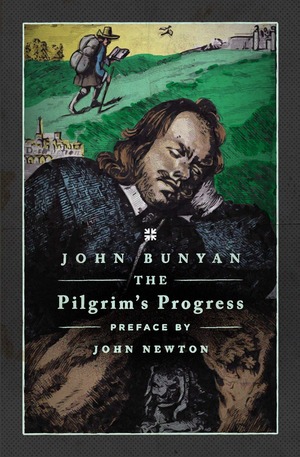 This new edition is the original first part of John Bunyan’s classic, unabridged and redesigned in beautiful typesetting for modern readability. This edition also features a foreword by Leland Ryken, and a short biography of Bunyan’s life by John Piper. The preface to this edition was written by John Newton in 1776 to introduce an old version of the book that included his annotations. This preface was discovered by Tony Reinke, biographer of Newton, and is included now in print for the first time in over a century. 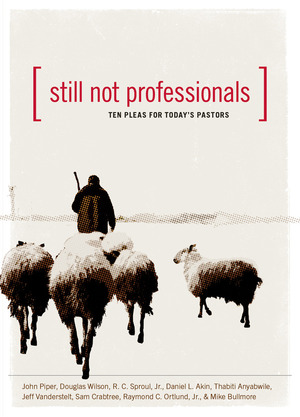 This short book is a celebration and extension of John Piper’s, Brothers, We Are Not Professionals. Including chapters by Ray Ortlund, Thabiti Anyabwile, Jeff Vanderstelt, and others, we hope this book taps into profound human themes, in both the pastor and his flock, and will be of use for pastors and Christian leaders beyond our North American context.

22. Good: The Joy of Christian Manhood and Womanhood 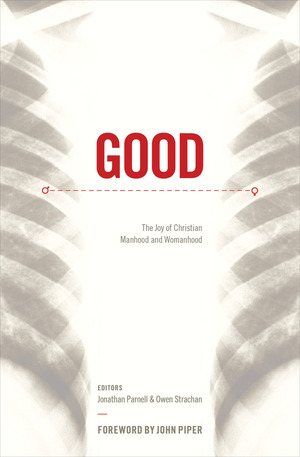 For this multi-contributor volume, we teamed up with the Council for Biblical Manhood and Womanhood to produce a fresh articulation of God’s good design in creating men and women. This resource — the collaboration of 14 contributors — seeks to cast a vision for manhood and womanhood that is rooted more in beauty than mere ideology, more in gladness than mere position. 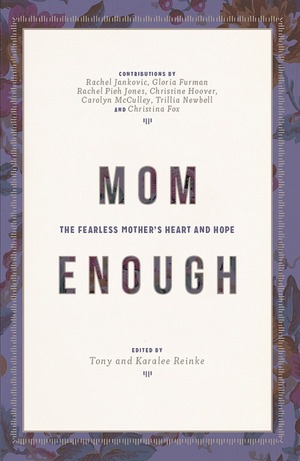 This short book cuts through the nonsense of competitive mothering. Eight bright women expose the spiritual corruption of it and explore how gospel grace is relevant for the daily trials and worries of motherhood. In the trenches, these moms have learned to redirect their hope and trust from the shifting sands of popular opinion to the unchanging all-sufficiency of God. 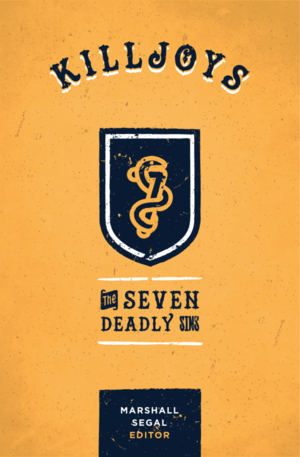 This book is an arsenal of Christian Hedonism against sin’s deadly lies. It was written to lead you deeper in love with our God and further into war against your sin. The truths, warnings, and promises in these pages are meant to chart a life-giving path to greater holiness and greater joy. 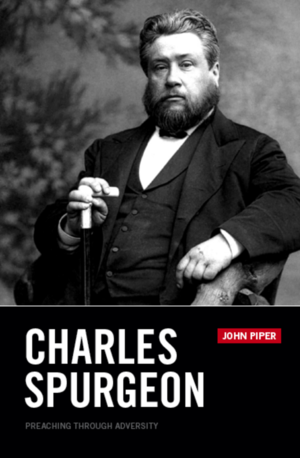 You will face adversity. It’s only a matter of time. How will you persevere through the oppressing moments of life? But the question for pastors is even more difficult: How do you preach through adversity? How do you do heartwork when your heart is under siege and ready to fall? Preaching great and glorious truth, in an atmosphere that is not great and glorious, is an immense difficulty.

The Wrath of God Was Satisfied

We may talk of “the cross” but rarely grapple with the horror of what we speak about nor the glory of the one who died upon it.