The modern man has a major branding crisis. Most sum him up in one word: lazy. There are different ways to pronounce the word — dependent, wasteful, inept, ungrateful, complacent, unworthy, unimpressive, undisciplined — all with one root: the failure to do. Avoid work, and aim for the bare minimum.

Cycles of laziness eventually turn into cycles of violence. As our muscle for self-denial in work atrophies through inactivity, our ability to deny ourselves in relationships weakens as well. The seed of abusive inclinations is embedded in the selfishness of our laziness. A man who dishonors himself will eventually dishonor others (Proverbs 18:9).

Male laziness, though, is both misunderstood and underestimated by most. Until we understand laziness, we will never be able to work well. We have tried yelling at and mocking men, and that has not worked often or for long. Instead, let’s look at the complexity of laziness to see the deeper business underneath it and how the gospel heals and empowers lazy men.

There are (at least) five vicious cycles that perpetuate male inactivity. Each highlights a different logic behind our tendency toward laziness and complacency.

Insanity has been defined as doing the same thing over and over and expecting different results. When guys are inefficient in their planning, working, spending, and sin-fighting, their constant failure can breed the loud message: “You are not competent enough for life.”

At that point, why not give up and check out? Inefficient priorities and methods are working against men. When other men say, “Keep working,” we hear, “Keep trying the same things that haven’t worked,” and “Live a frustrated and unfulfilling life.” So we cease planning, put off work, and remove ourselves from risk. The demands of life increase. And in turn, we retreat even further. At the root of this cycle is insecurity, but the seed is a basic lack of life-skill competence. 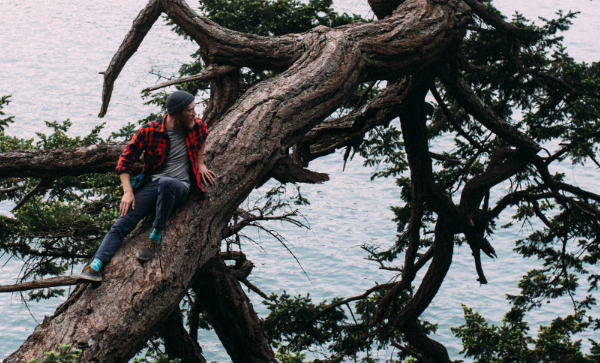 A man may feel overwhelmed because it all feels like so much. The longer tasks go undone, the more this giant, amorphous mess of uncompleted tasks and unqualified accusation grows. Unfinished work screams, “You’re not a real man!” Undone work excuses unkind self-treatment and unworthy God-worship. It’s easier to avoid a problem than face it head on.

When a man is given too much work without sufficient resources and tools to accomplish the tasks, he’ll shut down. This cycle begins, not so much with inefficiency, but disorganization. The inefficiency cycle lacks tools. The overwhelmed cycle lacks a blueprint. Without the ability to parse and prioritize your workload, almost any task can overwhelm a man. 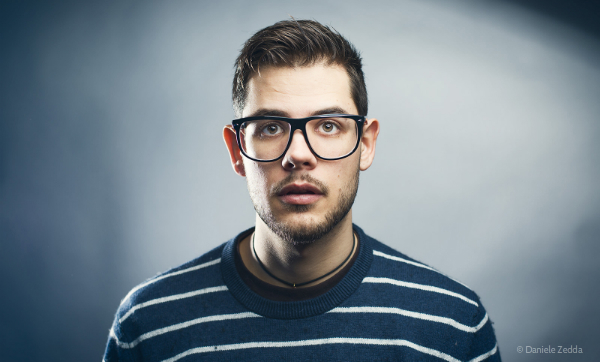 Men are often caught up in an addiction cycle that simultaneously 1) takes up time and energy, and 2) steals the basic ability to perform tasks.

This cycle often leeches on other cycles — addictions are ways to cope with being stuck. Male avoidance is active, clawing, scraping, and screaming for relief from accusation, for salvation from incompetence, inefficiency, and responsibility. The addiction cycle is the hook that draws a man deep into the dark — men who are weighed down by their shortcomings easily “forsake the paths of uprightness to walk in the ways of darkness” (Proverbs 2:13).

The addiction cycle is the latch that often fastens men down in other destructive cycles of laziness. Addiction provides the illusion that divine joy is attainable without God — and with the illusive promise of life-giving rest through addictive indulgence, what need is there for the goodness of work, or (even more absurd) Sabbath rest?

Everyone around us screams, “Work!” So men just do, and quickly realize how purposeless work is as an end in its own. Why work? Peer pressure will last only so long. A failure to give a justified, or purposeful, or existentially compelling reason for work gives men an excuse to just stop working. The question isn’t, “Why are men so lazy?” but, “Why haven’t men found something worth working for?”

Without motivation — without purpose — what reason does a man have to do anything at all? The longer the unmotivated man remains sedentary, the more convinced he is that work simply isn’t worth it.

Guys today have a quarter-life crisis and get into biking, home-brewing, fishing, gaming, or lifting. Guys do stuff now not to provide, but to convince the world (and maybe themselves) that they are just as worthwhile as their hard-working fathers. They are in a cycle of what David Powlison calls innocent pleasures. “The innocent pleasures work in exactly the opposite way as the addictive cycle. It takes less and less to push the lever of joy. Less stimulus is needed for greater joy.”

What do we need for real joy? Well, what is real joy (for the lazy hobby guy)? It is joy that gets us through life. Not the joy of living, but of surviving. What does that surviving-joy look like for the lazy man? Avoiding more and more work — escaping into a hobby. Hobbies can be good gifts from God, but men were made to work. Proficient entertainment cannot replace profession in the fight to live. “The soul of the sluggard craves and gets nothing, while the soul of the diligent is richly supplied” (Proverbs 13:4). A Hammer, Not a Gavel

This may feel like an atomic bomb of judgment to some. Seeing more of my own laziness has certainly felt that way to me. If we’re honest, though, the lazy man hates himself, and so we will work as hard to avoid condemnation as we do to avoid work. The truth about our laziness, however, is not a final gavel of guilt, but a tool — a hammer, even — for escaping the shackles of our life-stealing lethargy.

The wise king knows, “The wisdom of the prudent is to discern his way, but the folly of fools is deceiving” (Proverbs 14:8). What is the first thing a lazy man can do to find his way out of laziness? He can know with personal nuance and practical specificity the position that he is in “to discern his way.”

And the grace of God begins slowly, gradually, and inch by inch. Stay in the fight. There is hope for a way out of your cycle — out of the weight that keeps you in bed, in front of the TV, out of your workplace and church. Your story is far from over.