On November 28, 1628, in a quiet cottage nestled within the English parish of Elstow, during one of the most tumultuous times in the country’s history, John Bunyan was born.

The place of Bunyan’s birth in Elstow was only a mile from the busy town of Bedford, where years later Bunyan would be imprisoned for over a decade for preaching the gospel. Like his father, Bunyan learned the simple trade of a tinker — a mender of pots and kettles — and came to be known as the “tinker turned preacher” when he began lay preaching in his late twenties. Bunyan’s skill and passion drew hundreds of listeners. Theologian John Owen, a contemporary of Bunyan, when asked by King Charles why he went to hear such an uneducated man preach, replied, “I would willingly exchange my learning for the tinker’s power of touching men’s hearts.”

But Bunyan’s legacy is not so much in his preaching, but his writing. During his imprisonment in the Bedford jail, Bunyan wrote several books, including most popularly, The Pilgrim’s Progress, which has sold more copies in the English language than any book besides the Bible. Today, the book still remains both an incomparable source of spiritual education and a classic in English literature.

For this reason, on Bunyan’s birthday, Desiring God is excited to release a new edition of The Pilgrim’s Progress, free of charge in three digital formats (PDF, EPUB, MOBI).

This new edition is the original first part of Bunyan’s classic, unabridged and redesigned in beautiful typesetting for modern readability. This edition also features a foreword by Leland Ryken, who kindly offered counsel to us since the beginning of this project, and a short biography of Bunyan’s life by John Piper. The preface to this edition was written by John Newton in 1776 to introduce an old version of the book that included his annotations. This preface was discovered by Tony Reinke, biographer of Newton, and is included now in print for the first time in over a century.

In addition to the free ebook formats, we are releasing a new paperback version available on Amazon at minimum cost. At just over 250 pages, this paperback is a stout read and makes for a great gift idea this Christmas season, especially in the midst of new and exciting publications.

C.S. Lewis, an advocate for old books, once wrote, “It is a good rule, after reading a new book, never to allow yourself another new one until you have read an old one in between” — and The Pilgrim’s Progress is one of the best to read and return to time and again. 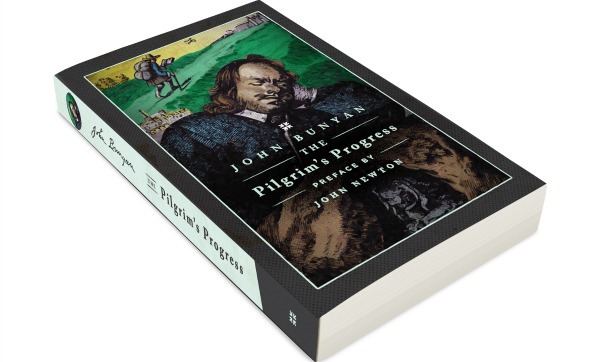