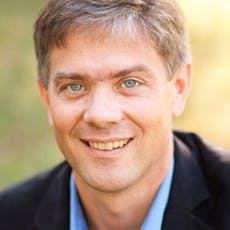 Bruce Hindmarsh is the James M. Houston professor of spiritual theology at Regent College in Vancouver.

The Daring Idea of Small Groups

Singing to the Risen Son

Your Job Is Not Your Savior

Bruce Hindmarsh is the James M. Houston professor of spiritual theology at Regent College in Vancouver.

The Daring Idea of Small Groups

Singing to the Risen Son

Your Job Is Not Your Savior

Prone to wander, Lord, I feel it.
Prone to leave the God I love.

Robert Robinson wrote these words as a young man in his twenties, a few years after his conversion. They appeared in 1758 in one of the stanzas of his now classic hymn, “Come, thou fount of ev’ry blessing.” The hymn as a whole is a great testimony to the grace of God that had saved him, notwithstanding a heart that was “prone to wander.”

By the time of his death at 54 years of age, however, some wondered if Robinson had indeed wandered, at least theologically. He died just after spending time with Joseph Priestley, one of the most infamous political and theological radicals of the late eighteenth century. Priestley and his fellow Unitarians (who denied the deity of Christ) were quick to claim Robinson as one of their own. Priestley even claimed that Robinson “attacked Orthodoxy more pointedly and sarcastically than I had ever done in my life.”

So how far had Robert Robinson wandered?

Robinson was born in a small market town near Norwich in southeast England in 1735. He was born the same year that the great evangelist George Whitefield was converted in his college rooms at Oxford, and while a local revival was stirring Jonathan Edwards’s parish in New England and spreading up and down the Connecticut River Valley. But it would be another seventeen years before Robinson would hear Whitefield preach and be himself drawn into the orbit of the revival movement.

In fact, his home was “devoid of piety,” and his parents’ marriage was described as a disaster. By the time young Robert was entering his teens, his dissolute father was being sued for debts. His father abandoned the family and died soon afterward. Although his mother’s family had wealth, lands, and houses, Robert’s grandfather resented the marriage and as a cruel gesture left his daughter only half a guinea (about $100 in today’s terms). Robert’s mother could see that her son had some intellectual capacity, so to keep him in school she took in boarders and “plied the needle” as a seamstress. Soon it was all too much, though, and by the time Robert was thirteen, his formal education had to be given up.

A friend of the family had a brother in London who was a barber, and the decision was made to send Robert to the city to be bound as an apprentice in that trade. This meant he would become the charge and responsibility of his master for seven years, until his apprenticeship was complete. He would spend his teen years away from home in the big city.

One historian talks about “the guilty apprentice syndrome,” meaning that there were many young men who left the morally reinforcing social structures of the countryside and got into trouble when immersed in the anonymity and temptations of a city like London. When such young men happened upon the evangelical preaching that was spreading throughout the metropolis, their consciences were easily wounded.

This is exactly what happened to Robinson. On Sunday, May 24, 1752, he was one of a gang of young people who went and got a fortune-teller drunk on cheap gin, and then visited Whitefield’s Tabernacle at Moorfields “to mock the preacher and pity his hearers,” but instead Robinson was haunted by Whitefield’s sermon on the wrath to come. Day and night he was troubled as he recalled the message. This unrest culminated three years later in his wholehearted conversion. We know this from a cryptic notation he made in Latin on a blank leaf in one of his books. It said that on Tuesday, December 10, 1755, he “found full and free forgiveness through the precious blood of Jesus Christ.” No wonder he would soon write in his famous hymn:

Jesus sought me when a stranger,
Wandering from the fold of God;
He, to rescue me from danger,
Bought me with his precious blood.

About the time he was completing his apprenticeship, he began to have thoughts about entering the ministry, and he used to practice preaching sermons to himself for up to an hour at a time. He stayed in London, working in his trade for a couple of more years, and then in 1758 he returned home to his uncle’s farm in Suffolk, near where he grew up. He was now 22 years of age, and he began in earnest to copy Whitefield and the other Methodists, preaching without notes and gathering a society in the village. He was soon invited to preach at James Wheatley’s Tabernacle up the road in Norwich. It was in a hymnbook published by Wheatley that Robinson’s famous hymn was first published.

Though his time in the Norwich area was short, it was significant. It was here that he met and married Ellen Payne, with whom he would have twelve children. Here too his convictions led him to dissent from the Established Church, with whom the Methodists were still closely connected, and to set up an Independent Calvinistic church in town. Then he went on to receive adult baptism. He would be a Baptist ever after.

It was the famous Baptist writer Anne Dutton who informed the deacons in the Stoneyard congregation of Particular Baptists at Cambridge that “there was a youth at Norwich who had been preaching among Methodists but had lately been baptised and wanted to settle in a Baptist congregation.” He began preaching for the Cambridge Baptists in a kind of probationary role. He felt unworthy, given his irreligious upbringing, his lack of education, and his youth. But after two years, he was ordained as their permanent pastor.

Pastor of the Dissenters

His ministry began with 34 people huddled in a “damp, dark, cold, ruinous, contemptible hovel” in a town that despised Dissenters. Still, he remained faithful to his calling, and in time a new church meeting house was erected, and within fifteen years there were two hundred families in the church, with morning congregations of six hundred and evening gatherings of eight hundred. He reached a thousand more through his itinerant preaching in surrounding villages during the week. At a time when the percentage of Dissenters was falling in most of the counties around Cambridge, Robinson’s influence increased their numbers significantly in Cambridgeshire.

Robinson was unquestionably a beloved and effective pastor for three decades in Cambridge. This was his principal ministry. We don’t know a lot about his continued use of hymns, but there is a note in the church book that will seem familiar to anyone today who has met with conflict over styles of music in church: “Heady people . . . found fault with certain tunes.” These were the so-called “sprightly tunes” introduced in the Sunday evening lectures, designed to reach a wider “town and gown” audience. Evidently some church members did not like Robinson’s “seeker friendly” methods.

Tolerant to a Fault

In the mid-1770s, Robinson was increasingly drawn into public activism to defend religious and civil liberties. He was keenly aware that the laws of the land still imposed disabilities on Dissenters. Robinson was driven to study church history to defend the cause of Nonconformists. For him, the Reformation was principally about freedom of conscience, rather than doctrinal statements. “The right of private judgment,” he wrote, “is the very foundation of the Reformation.” He came to dislike the binding of anyone’s conscience by a statement of faith.

In the political sphere, he was an active voice for parliamentary reform (and was mentioned by name in the House of Commons by Edmund Burke). He was also an early opponent of slavery and the slave trade, preaching and petitioning against it. He stated clearly that slavery was incompatible with Christianity. On the same principal of liberty, he welcomed the American and French Revolutions. In fact, he was visited by General Reed, Washington’s second-in-command, who offered him passage to America and land if he would drop everything and come.

Robinson was a man open to other viewpoints and tolerant — perhaps to a fault. He was friendly with political and theological radicals, including Unitarians and others who denied Christ’s divinity (Socinians). There was a small Socinian group in his congregation in Cambridge, and he refused to take sides against them when division opened up over the question.

Like many others before and since, Robinson wanted to appeal only to the Bible and not to any statements of faith or creeds. But there is always a danger that this way of thinking can lead to an unhealthy elevation of private judgment. If we think we can recover the true Bible message on our own, without any dependence on doctrines derived from Scripture and received by the wider church, we may indeed find ourselves “prone to wander.”

When Freed from Sinning

How far Robinson, in fact, wandered theologically by the end of his life is a question still debated. If he hadn’t gone to Birmingham and preached in Priestley’s church just days before his death, he might have been remembered differently. A year before he died, he reaffirmed what he had written earlier, that the Socinians were mistaken brethren, and in one of his last letters he affirmed he was neither a Socinian nor an Arian.

Six years after Robinson died, the Anglican evangelical John Newton wrote to Robinson’s biographer, saying that he hoped his own spiritual history would terminate where Robinson’s began. He worried that Robinson in his later years was more inclined to help people doubt than believe. And he worried Robinson had been traveling the same road as Joseph Priestley from skepticism to Unitarianism.

It is hard to know for certain. But Newton was surely right about the early years of Robinson’s ministry. There is abundant evidence from the 1750s and 60s to show that Robinson was animated by an evangelical faith and piety that was later compared to Jonathan Edwards.

We should also remember with some sympathy that Robinson was, late in life, a broken man. By 1790, the year he died, he was physically and mentally ill. His sermons became incomprehensible, and some described him as insane. He never recovered from the death of his 17-year-old daughter Julie in 1787. He faced a financial crisis that could have sent him to debtors’ prison. And many of his friends had turned against him.

Thinking of his suffering at this distance, the final verse of his great hymn takes on more poignancy. The verse isn’t sung much anymore, but we can perhaps imagine Robinson at the end singing its first quatrain, trusting, as we all must, in Christ’s “boundless grace” as the ultimate hope in the face of death:

On that day when freed from sinning
I shall see thy lovely face,
Clothèd then in blood-washed linen
How I’ll sing thy boundless grace.