Was Jesus an Egomaniac?

My hope in these few minutes is to listen carefully to four people who have been troubled by the self-exaltation of Jesus and of God in the Christian Scriptures, and then to offer a serious answer to their objections that has not only been satisfying to my mind, but a great source of joy and worship of Jesus Christ.

Erik Reece is writer in residence at University of Kentucky, Lexington. In 2009 he published a book titled An American Gospel. That May he did an interview on NPR with Terry Gross. In the interview, she pointed Mr. Reece to page 28 of his new book where he quotes Jesus from Matthew 10:37–39. The quote goes like this:

Then she reads Reece’s next line: “Who is the egomaniac speaking these words?” And she asks him, “Would you elaborate on that reaction?”

Here is his reply:

Well, it just struck me as, “Who is this person speaking 2,000 years ago, a complete historical stranger, saying that we should love him — who we are really incapable emotionally of loving — more so than we should love our own fathers and sons?” It just seemed like an incredibly egomaniacal kind of claim to make.

So here is Jesus saying: “Love me more than you love anyone in the world. If you don’t you are not worthy of me.” In other words, “If you don’t love me more than you love anyone, you will never have a life-giving relationship with me, and the effects of that — as he says elsewhere — will be catastrophic.” And Erik Reece says: “That is an egomaniac talking.”

Reece is not nitpicking. Those kinds of statements are typical of Jesus. That is, in fact, the way he talked.

Here’s what I mean by taking offense at God’s self-exaltation. In the March 30, 2003, issue of London’s Financial Times, Michael Prowse wrote:

Worship is an aspect of religion that I always found difficult to understand. Suppose we postulate an omnipotent being who, for reasons inscrutable to us, decided to create something other than himself. Why should he . . . expect us to worship him? We didn’t ask to be created. Our lives are often troubled. We know that human tyrants, puffed up with pride, crave adulation and homage. But a morally perfect God would surely have no character defects. So why are all those people on their knees every Sunday?

And of course Michael Prowse is not nitpicking either. Throughout the Christian Scriptures God consistently talks this way. For example,

That kind of language is as self-exalting as one can imagine. And it comes in many forms. Different people have stumbled over different ways that God expresses it.

Oprah Winfrey stumbled over one of these expressions and walked away from traditional Christianity. She described being in a church service where the preacher was talking about the attributes of God, his omnipotence and omnipresence. She continues,

Then he said, “The Lord thy God is a jealous God,” [quoting Deuteronomy 5:9] I was caught up in the rapture of that moment until he said, “jealous.” And something struck me. I was 27 or 28, and I was thinking God is all, God is omnipresent, God is . . . also jealous? A jealous God is jealous of me? And something about that didn’t feel right in my spirit because I believe that God is love, and that God is in all things.

The jealousy of God for the worship of his people is not marginal in the Bible. For example, in Exodus 34:14, God says, “You shall worship no other god, for the Lord, whose name is Jealous, is a jealous God.”

In other words, God made us so that he would be our highest value and greatest pleasure, and when our hearts go after other things as more valuable and more pleasurable, then he is jealous of our affections. And if we don’t repent and return to him, he gets angry, “For the Lord your God is a consuming fire, a jealous God” (Deuteronomy 4:24).

So the jealousy of God is virtually the same as the heart of Jesus when he said, “Whoever loves father or mother more than me is not worthy of me.” In other words, “I am jealous for your supreme affection.”

Here’s one more illustration of those who sincerely cannot get beyond God’s self-exaltation in Scripture. Brad Pitt did an interview for Parade in 2007 in which he explained why his boyhood faith did not work for him anymore. He was raised a conservative Southern Baptist. But it stopped working:

Religion works. I know there’s comfort there, a crash pad. It’s something to explain the world and tell you there is something bigger than you, and it is going to be all right in the end. It works because it’s comforting. I grew up believing in it, and it worked for me in whatever my little personal high school crisis was, but it didn’t last for me. I didn’t understand this idea of a God who says, “You have to acknowledge me. You have to say that I’m the best, and then I’ll give you eternal happiness. If you won’t, then you don’t get it!” It seemed to be about ego. I can’t see God operating from ego, so it made no sense to me.

So there’s the heart of the matter. There is no doubt that this is exactly what God, and the Son of God, Jesus, say repeatedly in the Christian Scriptures: “You have to acknowledge me. You have to believe that I’m the best, and then I’ll give you eternal happiness.”

My aim is to take these objections seriously and give a serious answer.

The answer can be given in a syllogism. (You recall from your logic classes at the university: All men are mortal. Plato was a man. Therefore, Plato was mortal. Two premises, which if they are true, lead to a true conclusion.)

Premise #1: Love desires and works and is willing to suffer to enthrall the beloved with the fullest and longest happiness.

Now, I think this is what the Christian Scriptures teach, but mainly I want you to understand what I mean, and follow my argument. You’ll have to decide for yourselves whether you think this definition is true. But for now, see if you follow me and see if the syllogism is valid.

So when I say, “love desires and works and is willing to suffer” I simply mean that authentic love is never mere action without a heart that cares, and never a mere emotion that has no action behind it. And that this desire and this action — when they are real — are willing to suffer in order to do the beloved as much good as they can.

And when I say that the aim of love’s desiring and working and suffering is to “enthrall” the beloved, I mean that someday — sooner or later — the beloved will be caught up in an experience that is so soul-pervading and body-pervading that no part of personal existence is left out, and that the experience will involve a kind of self-forgetfulness that is the mark of all true ecstasy.

And when I say that love aims to enthrall the beloved with “the fullest and longest happiness,” I mean a happiness, or joy, or satisfaction, or contentment, or pleasure, or gladness, or delight — the word is not the essence, the experience is — that is so full it cannot be fuller and so long it cannot be longer. This means that love aims at the infinite and eternal joy of the beloved.

This is why I said we can have many feelings for people, and many actions toward people that may bring them some relief or pleasure, but if we don’t desire and work toward this fullest and longest happiness, we do not love them fully, truly, authentically, as we are called to do by Jesus.

So that is Premise #1: Love desires and works and is willing to suffer to enthrall the beloved with the fullest and longest happiness.

Premise #2: Being eternally enthralled with Jesus as the decisive revelation of God is the fullest and longest happiness in the universe.

This is because Jesus is the wisest, smartest, strongest, deepest, most creative, most loving, most just, and therefore, most admirable and most valuable person in the universe — because he is himself the very essence of God. So there is no more satisfying experience than to know and admire and be the everlasting friend and family of Jesus. God created us to be fully and eternally enthralled with God through his Son Jesus Christ.

Conclusion: Therefore, when Jesus tells us that we must love him — treasure him, be satisfied in him — above all others, he is loving us.

He is desiring and working and willing to suffer to enthrall us with the fullest and longest happiness, namely, himself.

This is not arrogance. This is grace.

This is not egomania. This is love.

And the very heart of the Christian gospel is that this is what Christ died to achieve — our full and everlasting enjoyment of the greatness of God.

Christ suffered once for sins, the righteous for the unrighteous, that he might bring us to God. (1 Peter 3:18)

In your presence there is fullness of joy; at your right hand are pleasures forevermore. (Psalm 16:11) 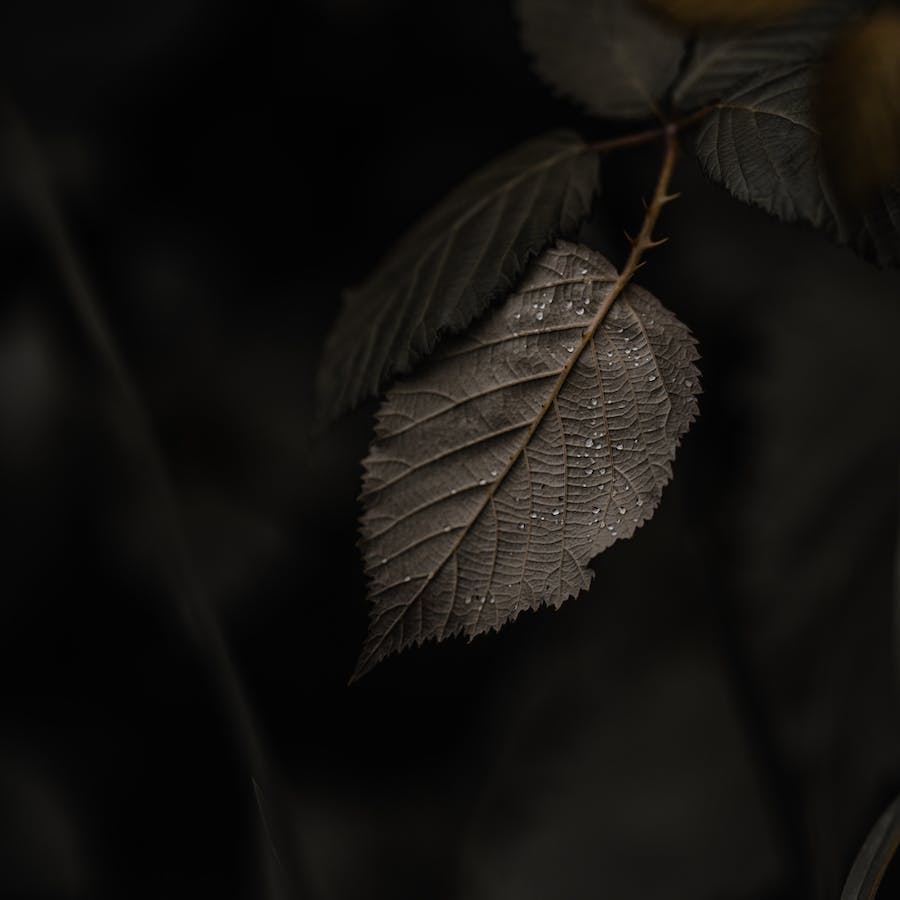 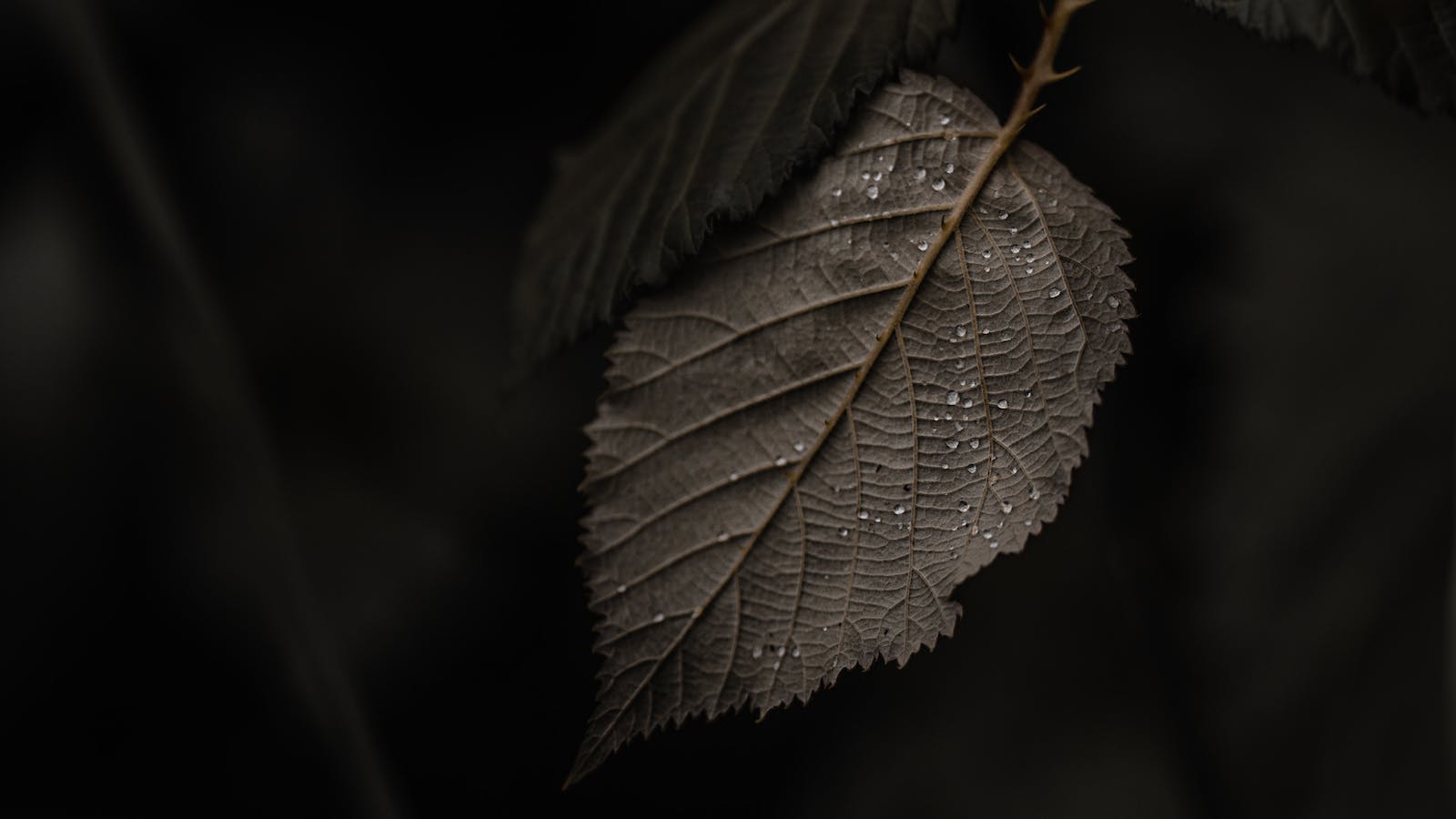 How to Harm a Heavy Heart

We often worry about what to say to the suffering, but often the most effective ministry in the moment is to sit, weep, and listen well. 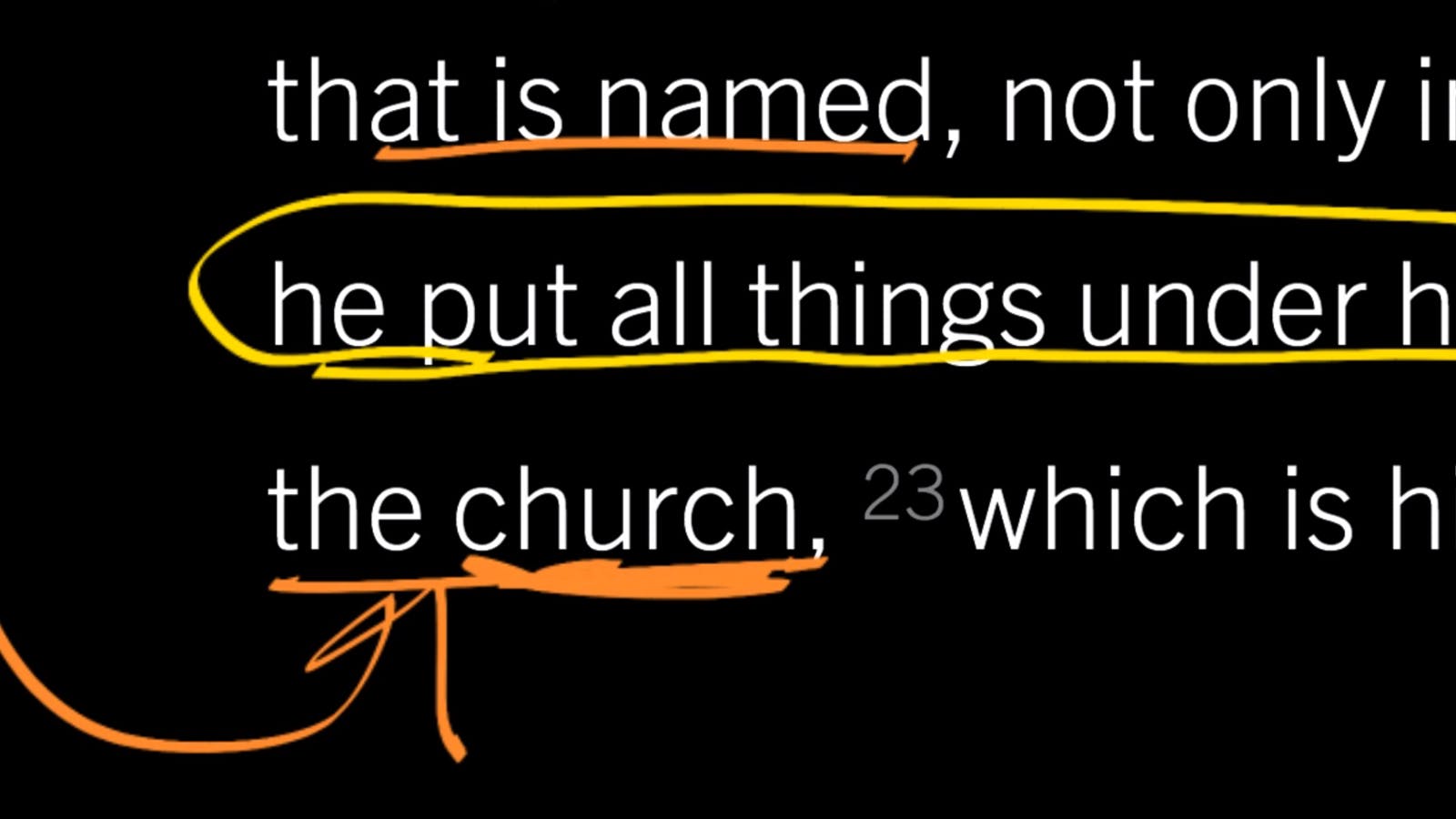 The Head of the Church Is the Head over All

Jesus is superior to every kind of rule, authority, and dominion that you will find in any culture, any nation, among any people, anywhere in the world.