Paul gives a two-part command in Philippians 3:17—join in imitating me and keep your eyes on those who live like us. This idea of imitating Paul and leaders like him is not unique to this passage (2 Thessalonians 3:7-9; 1 Timothy 4:12; 2 Timothy 1:13; Hebrews 13:7). However, the Philippians 3:18 ground to the command carries a particular weightiness.

Paul tells us to imitate him and those who live like him, "for many, of whom I have often told you and now tell you even with tears, walk as enemies of the cross of Christ." 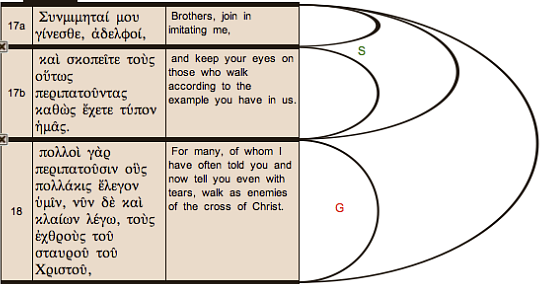 Paul says that apostasy is the basis for why we should imitate him and those who live like him. Paul does not suggest the benefits of having a role model, he narrows the profile of who a role model should be and he declares its essential place in Christian discipleship. I think these two points from Philippians 3:17-18 make up a concise theology of role models.

The Profile of a Role Model in Christian Discipleship

At first Paul simply says "imitate me." Now that is pretty specific, and maybe a little difficult for Christians who live a couple thousand years later. But Paul does not intend that our functional example only be the inscribed manner of his life in the New Testament. He says, "and keep your eyes on those who walk according to the example you have in us." I have no doubt that Paul wrote that for you and me.

He expands the profile of a role model to being anyone who lives according to his theology and ethos. This is a command for us to seek after and follow men and women in the Church who are like the Apostle Paul. I think this means we keep our noses in Paul's letters with an eye out for brothers and sisters who exemplify what we're seeing there.

This is not the same thing as the "I follow ____" controversy in Corinth (1 Corinthians 1:10-17). If we don't have a distinction between role models and a dividing codependency on gifted leaders, then we need to get one. Let Paul give us one. The imitation that he calls for in Philippians 3:17 is a grateful, Christ-exalting recognition that God has put people in our lives, both by community or by podcast, that we should humbly aspire to emulate.

The Essential Place of a Role Model in Christian Discipleship

What is at stake for Paul in this command is that without a role model like him, we make ourselves vulnerable to becoming an enemy of the cross of Christ. There are many people who sadly come to Paul's mind as those who have forsaken his example and become enemies of Jesus. They went a different route and it ended in destruction (Philippians 3:19).

Notice that Paul uses the same verb to describe them—they walk, too. I highlight this to say that if we're not walking in Paul's example, then we are surely walking in someone's. Maybe we're trying to blaze our own trail after the shadow of ego, or maybe we're lining up behind a Pauline stranger, either way we are following and if its not in Paul's example then it won't turn out well.