My father was the happiest man I have ever known. Not that he never grumbled (he was a golfer who lost a lot of balls). But he was rooted so firmly in the glory of God’s grace that nothing could keep him down for long.

He really believed Romans 8:28. He prayed it and sang it and preached and lived in the joy of it.

And he led people to Christ in droves. Under God’s promises, he would have said this was the key to his joy. I asked him one time: What’s the key to joy. He answered without hesitation: Soul winning. 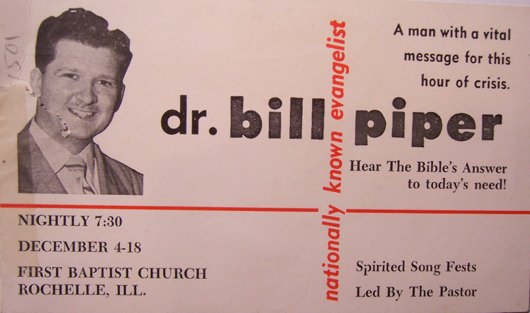 This is no mystery. It is more blessed to give than to receive. Freely you received. Freely give.

He and mother would sing in the front seat of the car while driving long distances with my sister and me in the back. “Isn’t He wonderful.” “Down at the Cross.” “Heavenly Sunshine.” “When We All Get to Heaven.” “Love Lifted Me.”

They were not performing. They were exulting.

I am still catching up.

What a legacy of Christ-exalting joy!

Thank you, Father, for my father.