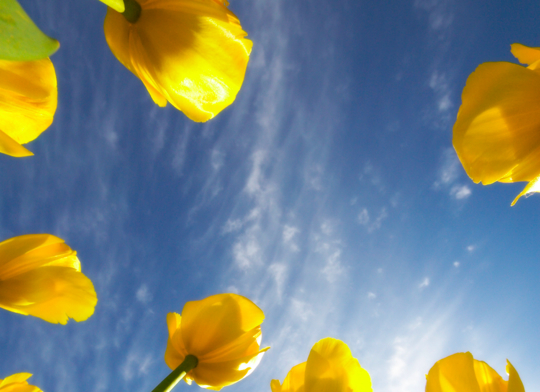 Don’t limit your understanding of God’s absolute sovereignty to five points in a mnemonic device (TULIP). Do start there, or at least cover that terrain in due course, but know that there is so much more to the full biblical worldview sometimes called Calvinism.

In the introductory essay that I referred to yesterday, J. I. Packer says, “it would not be correct to simply equate Calvinism with the ‘five points.’” He continues, (paragraphing added)

Calvinism is something much broader than the “five points” indicate.

Calvinism is a whole world-view, stemming from a clear vision of God as the whole world’s Maker and King.

Calvinism is the consistent endeavour to acknowledge the Creator as the Lord, working all things after the counsel of His will.

Calvinism is a theocentric way of thinking about all life under the direction and control of God’s own Word.

Calvinism, in other words, is the theology of the Bible viewed from the perspective of the Bible—the God-centred outlook which sees the Creator as the source, and means, and end, of everything that is, both in nature and in grace.

And Calvinism is a unified philosophy of history which sees the whole diversity of processes and events that take place in God’s world as no more, and no less, than the outworking of His great preordained plan for His creatures and His church.

The five points assert no more than that God is sovereign in saving the individual, but Calvinism, as such, is concerned with the much broader assertion that He is sovereign everywhere.