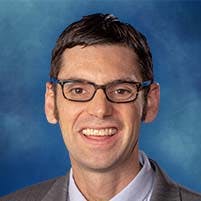 Brian Tabb is academic dean and professor of biblical studies at Bethlehem College & Seminary, general editor of Themelios, and author of multiple books, including After Emmaus and All Things New. He and his wife, Kristin, have four children and are members of Bethlehem Baptist Church.

He Spent His Last Night Singing

We Have Something of Heaven

Brian Tabb May 8, 2017
More by this author
Article by
Brian Tabb
Close

Brian Tabb is academic dean and professor of biblical studies at Bethlehem College & Seminary, general editor of Themelios, and author of multiple books, including After Emmaus and All Things New. He and his wife, Kristin, have four children and are members of Bethlehem Baptist Church.

He Spent His Last Night Singing

We Have Something of Heaven

I believe in Jesus Christ. . . . He ascended into heaven, and is seated at the right hand of the Father. He will come again to judge the living and the dead. (Apostles’ Creed)

“Justice” is a matter of urgent concern in our nation, from the streets of Minneapolis to the halls of the Supreme Court. We long for a just world, yet live in a world marred by sin and its effects. We recognize the gap between how things are and how they ought to be. We may hope for systemic reforms, new laws, and better leaders and judges for the good of our society. But no legislation, election, or political appointment can satisfy the ache in our hearts for true righteousness and justice. We long for the Judge of all the earth to do what is right (Genesis 18:25).

“No legislation, election, or political appointment can satisfy the ache in our hearts for true righteousness and justice.”

The ancient Creed affirms the triune God’s glorious work in the past, but it also stirs our weary hearts to trust God’s promises in the present and to hope for true righteousness and everlasting life. One glorious affirmation powerfully expresses the God-man’s past, present, and future work: He ascended into heaven, and is seated at the right hand of the Father. He will come again to judge the living and the dead.

We rightly celebrate the mystery and wonder of Jesus’s incarnation. We remember that he died for our sins and then defeated death on the third day according to the Scriptures. And it doesn’t end there. The Apostles’ Creed — and the New Testament — teaches Christ’s ascension into heaven, his present work of intercession, and his glorious return. He is our exalted King, our seated Priest, and the coming Judge of all.

At Jesus’s ascension, he was installed as the true ruler of the world. The angel explained to Mary that her son would be the long-awaited king: “The Lord God will give to him the throne of his father David, and he will reign over the house of Jacob forever, and of his kingdom there will be no end” (Luke 1:32–33). Born a child and yet a king — but not the sort of sovereign that people sought.

Herod the Great was troubled by news of the child born in David’s town, the crowds who saw Jesus’s signs wanted to make him king by force, and the Roman soldiers and governor mocked and murdered Jesus as the so-called “King of the Jews” (Matthew 2:1–6; John 6:15; 19:3, 19). Christ clarified, “My kingdom is not of this world” (John 18:36), and he proved this by rising from the dead and returning to his Father.

Jesus did not sit down on a throne in Jerusalem or in Rome, but on the throne in heaven. Revelation describes God Almighty as the one “seated on the throne” and recounts that Christ — the slain Lamb — not only approached the holy seat of the sovereign God but sat on it (Revelation 3:21; 5:7).

We affirm that the sovereign God “changes times and seasons; he removes kings and sets up kings” (Daniel 2:21). Only Christ’s kingdom cannot be destroyed and will never pass away (Daniel 2:44; 7:13–14). He must reign at God’s right hand until every foe is defeated — even death itself (Psalm 110:1; 1 Corinthians 15:25–26). Our majestic monarch has begun to reign, which moves his people to pray, “Your kingdom come, your will be done” (Matthew 6:10).

But all rulers who resist or rebel against his reign should take notice: “Kiss the Son, lest he be angry, and you perish in the way, for his wrath is quickly kindled. Blessed are all who take refuge in him” (Psalm 2:12).

The Creed affirms where Jesus is: He ascended into heaven, and is seated at the right hand of the Father. But what’s he doing now in heaven, and why is he seated? The book of Hebrews helps us understand the Son’s seated posture and present activity as our heavenly Priest:

After making purification for sins, he sat down at the right hand of the Majesty on high. (Hebrews 1:3)

To which of the angels has he ever said, “Sit at my right hand until I make your enemies a footstool for your feet”? (Hebrews 1:13)

We have such a high priest, one who is seated at the right hand of the throne of the Majesty in heaven. (Hebrews 8:1)

When Christ had offered for all time a single sacrifice for sins, he sat down at the right hand of God. (Hebrews 10:12)

Christ does not sit because he is fatigued; he sits because his saving work is finished. He has offered the once-for-all sacrifice for sins to purify his people and secure our peace with God. “Nothing more needs to be done — by him or by us — to reconcile us to God” (Exalted Above the Heavens, 202).

“Christ is our exalted King, our seated Priest, and the coming Judge of all.”

We expect a king to sit on his throne, and a priest to stand when serving in the temple, but Jesus is a royal priest or a priestly king. Our Great High Priest offered his own righteous blood, brought it into the heavenly sanctuary, and sat down on the divine throne. A worker who sits down on the job may receive a reprimand, but the seated Son is not inactive or inattentive. He sits as the Lord who “is sovereign over all disturbance and opposition” (The Ascension of Christ, 98).

While Jesus’s atoning work is complete, he continues to intercede for his people as our “merciful and faithful high priest” (Hebrews 2:17). Christ sympathizes with and helps his needy people as a priest who “always lives to make intercession” for us (Hebrews 4:16; 7:25). Through his constant advocacy for his blood-bought people, Christ “applies what the atonement accomplished” (Gentle and Lowly, 79). This is good news for weary souls, and moves us to pray expectantly and sing confidently,

Jesus’s ascension to heaven’s throne anticipates his return to judge his enemies, save his people, and consummate his kingdom. Revelation vividly describes the Lord’s coming as the end-time judgment.

Then I saw heaven opened, and behold, a white horse! The one sitting on it is called Faithful and True, and in righteousness he judges and makes war. His eyes are like a flame of fire, and on his head are many diadems, and he has a name written that no one knows but himself. He is clothed in a robe dipped in blood, and the name by which he is called is The Word of God. And the armies of heaven, arrayed in fine linen, white and pure, were following him on white horses. From his mouth comes a sharp sword with which to strike down the nations, and he will rule them with a rod of iron. He will tread the winepress of the fury of the wrath of God the Almighty. On his robe and on his thigh he has a name written, King of kings and Lord of lords. (Revelation 19:11–16)

Many people expected Israel’s Messiah to be a powerful military leader who would deliver God’s people from Roman oppression — a new David who would slay the giant and judge with righteousness and rule the nations with an iron rod (Isaiah 11:4; Psalm 2:9). But God mercifully sent his Son first not as a warrior king but as a humble king — he came to save sinners, not to slaughter them. At his second coming, however, Christ will establish and execute true justice.

King Jesus dons “a robe dipped in blood” — this is not his own blood shed for sinners but the blood of his defeated foes. Jesus treads the winepress of divine wrath, just as Yahweh promises to do in Isaiah 63:2–4. This graphic description of divine wrath may shock us because we do not fully grasp the offensiveness of sin and the need for true justice. Jesus will give people what they deserve — the punishment fits the crime against God and against his people (Revelation 16:6). In fact, this righteous reckoning is in response to the martyrs’ cries: “O Sovereign Lord, holy and true, how long before you will judge and avenge our blood on those who dwell on the earth?” (Revelation 6:10).

We have a glorious king exalted to heaven’s throne. We have a merciful high priest who helps us in our need. We have a coming champion who will enact true justice and end all wars. Jesus Christ is “the hope of all the earth,” “the joy of every longing heart.” Come, Lord Jesus!

Who Is Paul’s Joy — Christ or the Church?

Christians not only love Christ; they love what Christ loves. And since Christ loves his church, so do we.