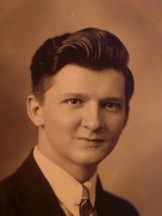 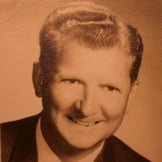 In Bethlehem, Penn., Pastor Albert and Emma Piper had three sons, Harold, Elmer, and Bill. All three are now with the Lord Jesus.

Called as a fifteen-year-old, Bill Piper gave his life to full-time, itinerant, Christ-exalting evangelism. He graduated with deep appreciation from Bob Jones University, from which he also received an honorary doctorate.

He edited the periodical The Rod of God, published books of sermons, led inspirational tours to Israel, created Bible study materials used around the world, and for two-and-a-half decades, served as founder and president of ROGMA, International, which has trained thousands of church leaders in Bible doctrine.

He would want us to say, in the words of his hero, the apostle Paul, “To live is Christ and to die is gain.” We who knew him best loved him most.

Should We Pray for Unbelievers or for Evangelists?

What Does It Mean to Be in God?

What does it mean to be in God or in Christ? It means at least three great things.