Few have written with such passion and economy of expression. Rarely does one turn such manifest angst to articulation and channel such blood-earnestness into precise words.

Blaise Pascal burned with the kind of intensity and aggression uncharacteristic of those who have long, peaceful lives. He was a fierce flame with a short wick.

It was June 19, 1623 — 390 years ago now — that Pascal was born in Clermont, France, to a mother who would die when he was only a toddler. He himself would live a sickly and painful life and wouldn’t even see his fortieth birthday — though he left an indelible impression. While the world had him for less than four decades, the church only had him for eight years — from his “second conversion” in 1654 to his early death in 1662. But they were a very productive eight.

His is one of the great minds of Western civilization — indeed, the history of the world. He was a child prodigy and first a mathematician and physicist, then a philosopher and theologian. A contemporary of René Descartes (1596–1650), the father of modern philosophy, Pascal was wise enough to be “the only philosopher until the nineteenth century who did not climb onto Descartes’s new methodological bandwagon” (Peter Kreeft, Christianity for Modern Pagans, 9).

If only Western philosophy en masse had Pascal’s resistance to the false prophet his fellow Frenchman has proved to be. Scoffing at Descartes’s program for certainty, utility, and ease, Pascal found him “pointless, uncertain, and arduous.”

Descartes. In general terms one must say: . . . Pointless, uncertain, and arduous. Even if it were true we do not think that the whole of philosophy would be worth an hour’s effort. (Pensées #84)

Because he refused to swallow Descartes’s pill of naively applying the scientific method to every discipline, Pascal’s seventeenth-century writings prove hauntingly relevant today in a postmodern milieu in which more and more are awakening from the Enlightenment’s folly.

Pascal is the first postmedieval apologist. He is “for today” because he speaks to modern pagans, not to medieval Christians. Most Christian apologetics today is still written from a medieval mind-set in one sense: as if we still lived in a Christian culture, a Christian civilization, a society that reinforced the Gospel. No. The honeymoon is over. The Middle Ages are over. The news has not yet sunk in fully in many quarters.

It has sunk in to Pascal. He is three centuries ahead of his time. He addresses his apologetic to modern pagans, sophisticated skeptics, comfortable members of the new secular intelligentsia. He is the first to realize the new dechristianized, desacramentalized world and to address it. He belongs to us. . . . I know no pre-twentieth-century book except the Bible that shoots Christian arrows farther into modern pagan hearts than [Pascal’s] Pensées. (Kreeft, 12–13).

While there’s nothing especially notable about his physical birth on June 19, 1623, his seeming new birth, bursting into the spiritual world, came in a blaze of glory he simply called “Fire.”

It was November 23, 1654. He was 31 years old. For two hours, from about 10:30 PM until 12:30 AM, he experienced a kind of spiritual inferno. He journaled the experience on a piece of a paper he sewed into his coat to keep near his heart.

Some call it his “second conversion,” but it very well may have been his first. From then on, Pascal was a different man. He would be dead before age 39, but the next eight years were given to an entirely fresh Godward orientation of his intellect and vocation.

The most famous of his ideas is “the wager.” It’s an attempt to appeal to the unbeliever who might be interested in the faith and to the believing who are weak in faith. Neither those who were dead set against God’s existence, or those fully convinced of it, would have much to gain from his “gamble.” But he hoped such reasoning might find traction with those in the middle.

The essence of the wager is that it is wiser to “bet” on God existing, live accordingly, and end up being wrong than to “bet” that God doesn’t exist and find out in the end that he does. He develops it most fully in pensée #233 (in Trotter’s translation), but there’s a short summary angle on “the wager” in #241: “I should be much more afraid of being mistaken and then finding out that Christianity is true than of being mistaken in believing it to be true.” Kreeft comments,

The Wager is not an attempt to prove that God exists. It is not a new argument for the existence of God. Rather, it tries to prove that it is eminently reasonable for anyone to “bet” on God, to hope that God is, to invest his life in God. It moves on the practical, existential, human level rather than the theoretical, metaphysical, theological level. (291)

Three times now we’ve quoted from the Pensées, his most important work, which deserves at least a brief explanation. Pensées is French for “thoughts.” When Pascal died in 1662, he was hard at work on his magnum opus, to be titled Apology for the Christian Religion. He left hundreds of fragments of his thoughts — some longer and likely near completion, and others shorter and more rudimentary. After his death, his “thoughts” were assembled and published in 1669. This is what we know as the Pensées.

One more of Pascal’s thoughts worth giving special note to is #425 (Trotter’s translation). Twice in the opening pages of Desiring God, John Piper quotes from this important pensée through which he was making seminal discoveries about God’s wiring us for satisfaction in him. The first is “all men seek happiness.”

All men seek happiness. This is without exception. Whatever different means they employ, they all tend to this end. The cause of some going to war, and of others avoiding it, is the same desire in both, attended with different views. The will never takes the least step but to this object. This is the motive of every action of every man, even of those who hang themselves.

The second is “the infinite abyss.”

There was once in man a true happiness of which there now remain to him only the mark and empty trace, which he in vain tries to fill from all his surroundings, seeking from things absent the help he does not obtain in things present? But these are all inadequate, because the infinite abyss can only be filled by an infinite and immutable object, that is to say, only by God Himself.

(For more on how Pascal and C.S. Lewis conspired for a powerful modern-day apologetic for Piper, see Desiring God, pages 19–21.)

Pascal died August 19, 1662, on the heels of a long, painful illness. The church might think it a tragedy to lose such a one at this young age, but Kreeft glimpses a divine mercy.

In 1662 God in his infinite mercy struck Pascal dead at the tender age of thirty-nine, before he could complete the greatest book of Christian apologetics ever written.

We stand stupefied most of the time at the way God runs the world; but occasionally we get a hint, a little lifting of the curtain and a glimpse backstage. I think we have such a glimpse here. Why didn’t God let Pascal finish the book for which the pensées are only the scattered notes, like a scholar’s storm-struck study? Everyone who reads the pensées can sense the reason: they are too lively, too alive, to be contained in a book. (10)

Whether Pascal’s thoughts are too alive to be contained in a completed book or not, you’ll have to judge. Read Pascal’s Pensées for yourself (Kreeft’s “festooning” is a good place to start or Trotter’s translation online — or T.S. Eliot’s translation, currently free on Kindle), and feel the warmth firsthand from a blaze still strong enough to warm the hearts of modern pagans and Christians alike, just in time for the challenges of the twenty-first century. 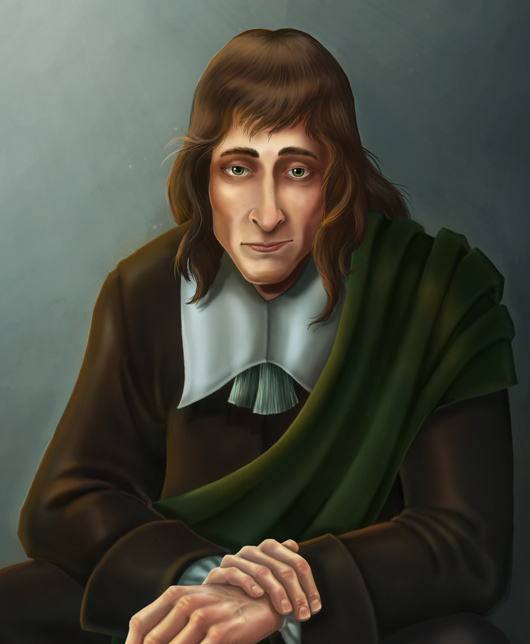 If you have no battle plan in the war against temptation, you give Satan the advantage. Take time to learn from the only one who never sinned.

Amusing Ourselves from Death

Outside of Christ, the fear of death is a slave master that holds everyone in bondage — even those who seem unaware of their chains.