I could see the pain in his eyes. And fear.

His question was about his lack of assurance of salvation, and it was easy to tell this was not philosophical or merely theoretical. It was turmoil of soul over some besetting sin.

All it took was one clarifying question to uncover the source: guilt over his repeated return to Internet pornography. It was good he felt guilty, as I’d soon tell him. It was a sign of God’s grace.

Epidemic in This Generation 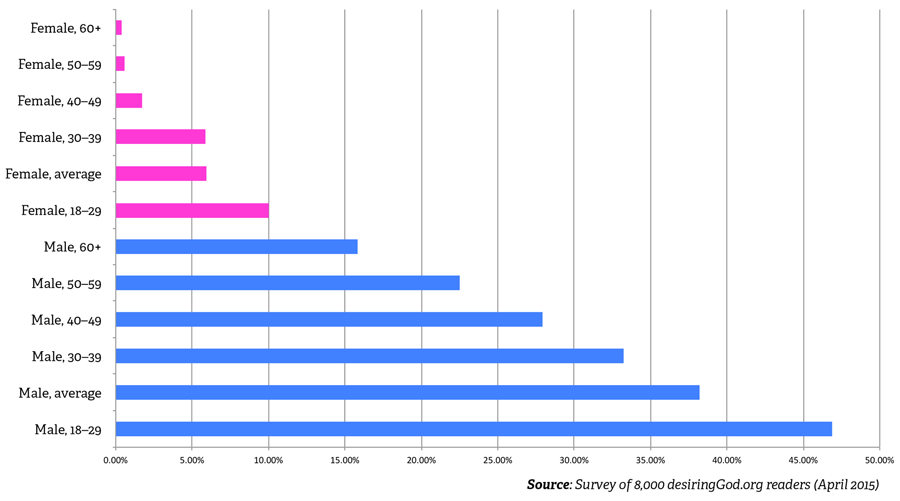 Two-millennia old itself, the book of Hebrews points even further back into the past, to God’s invitation to repentance in Psalm 95:7–8: “Today, if you hear his voice, do not harden your hearts” (Hebrews 3:7–8, 13, 15; 4:7). While this offer of rest stretches across the centuries, the actual application to individual believers is restricted to those who have not yet fully hardened their hearts in unbelief and moved beyond repentance.

Hebrews is written to a group of persecuted Jewish Christians who are tempted to abandon their worship of Jesus as Messiah (the reason for their persecution) and return to the Judaism to which they once adhered apart from Jesus. Not only is such a move theologically disastrous (in terms of how one understands God and his revelation), but it is also personally, and eternally, devastating. These early Christians were experiencing the same hardness of heart that accompanies repeated sin and unfought unbelief in professing Christians today.

Into such a context, Hebrews reaches for Psalm 95 and the immediate exhortation it holds out: “Today, if you hear his voice, do not harden your hearts.” It’s a word our generation desperately needs to hear.

If You Still Hear Him

The emphasis on “today” is essential. Tomorrow is not a given. What you have is right now.

If you hear God’s voice today — calling you to Christ and his holiness — and reject that voice, your heart will be some degree harder for it, and do not take for granted that you will have next week, next month, a year from now, or even tomorrow to find repentance.

Every time we ignore the convicting voice of grace, we inch one step closer to judgment. Every conscious embrace of unrighteousness darkens the soul and adds callouses to the heart. At some point, no warmth or softness remains. Then, like Esau, who “found no chance to repent” (Hebrews 12:17), it will be too late.

But today — today — if you still hear his gracious voice in the promptings of his Spirit, if you still feel the guilt, if you still sense the shame, if you still know some distaste for the impurity of sin — make today your point of turning. “See that you do not refuse him who is speaking” (Hebrews 12:25).

It is good that you feel bad about your ongoing sin. That’s the touch of grace. You still have the chance to turn from sin’s coldness to the warmth of a forgiving Christ. If your heart was already hard beyond repair, you wouldn’t be bothered by sin. Your conviction is his kindness.

As Long as It’s Still Today

Make today count for some new initiative in the fight. Renounce the sin while you can still muster the heart to do so. Involve a Christian friend in your struggle, with whom you can live out the priceless grace of Hebrews 3:12–13:

Take care, brothers, lest there be in any of you an evil, unbelieving heart, leading you to fall away from the living God. But exhort one another every day, as long as it is called “today,” that none of you may be hardened by the deceitfulness of sin.

Choose righteousness today. Every concrete embrace of holiness matters. Every choice against evil, every act of righteousness in heart and mind and body. Every renouncing of sin prepares you, at least in some small measures, for choosing righteousness the next time. “We are always becoming who we will be” (Joe Rigney, Live Like a Narnian, 52), and today really does matter. Right now counts.

Where We Have Our Hope

And most importantly, fix your eyes afresh today on your advocate and great high priest, who is able “to sympathize with our weaknesses” and “who in every respect has been tempted as we are, yet without sin” (Hebrews 4:15). He is ready to dispense mercy and send grace “to help in time of need” (Hebrews 4:16). We say no to sin by saying yes to Joy in him.

Here, at God’s right hand, sits our final hope. Not in our accountability, or our resolves, and definitely not in our willpower. Not in our record in the past, nor our ability in the present, nor our potential in the future. Our great hope lies not in ourselves, but outside of us, in Christ, who has overcome, and in whom we too will overcome.