The Almighty has seen fit to reassign you to the department of soul care. Praise be to God! You have been handed the unspeakable privilege to serve those who are to inherit eternal life (Hebrews 1:14). At present, the Master bids you to help a man who has piqued the interest of demons. I will be assisting you in our mission to bring him home. 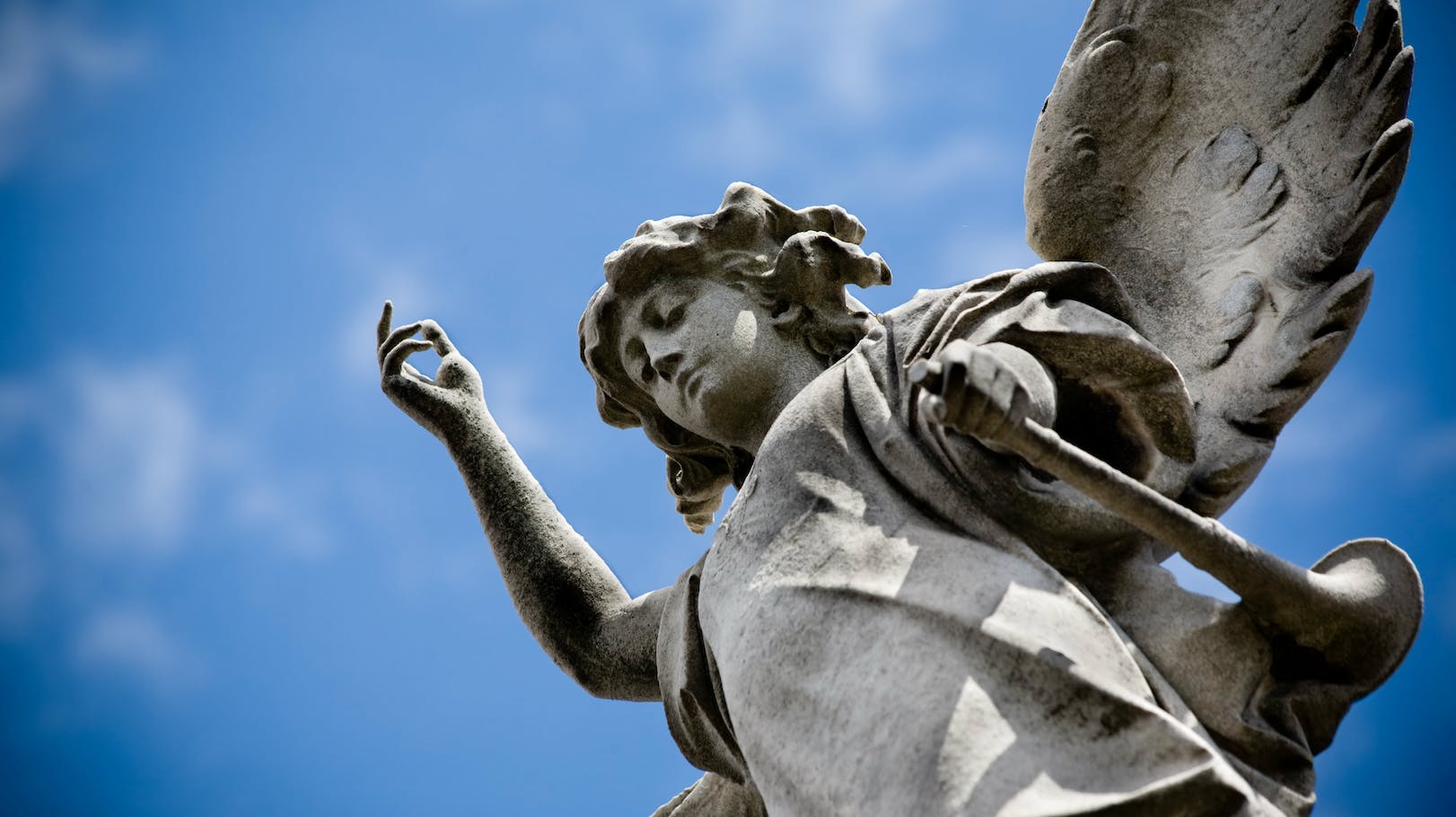 The Surprising Role of Guardian Angels

Can you remember, dear nephew, when we first laid eyes upon them? I can’t get passed it. The sheer brilliance of our happy Creator — who could have guessed his mind? We all stood by and watched him paint. He opened earth’s chapters with light. New sentences soon followed filled with breathing forests, towering mountains, budding flowers, roaring waters, and all sorts of wonderful creatures. The eagle soared, the gazelle pranced, the dolphin swam, waves crashed. Thunder clapped and shook the earth (even Michael grabbed at the hilt of his sword, startled at the sound).

Can you remember shouting for days on end in pure ecstasy? I know the Master does (Job 38:7). Each new day (as he then named it) contained new reasons for happiness.

Yet, the brush stayed in hand. He continued.

Can you not still feel the hush that fell as the Almighty knelt down (to speak in a human way) and breathed into the dust? What happened then, even I, “the preaching angel,” hesitate to speak. He made a creature, distinct from himself, and yet, in a real sense, a reflection of himself. A creature, fashioned specially into the image of its Creator. For months, I simply stared. Our awe doubled as he made her, similar to the first in imaging his Majesty, yet different from the first as the moon differs from the sun. Eve, that first man named her.

But heaven’s poison found paradise. Our cursed brethren — violently thrust from above — attacked these beings God called children below.

Outside of the Holy One himself, they despised his image-creatures most — even above Michael’s sword, I wager. The vicious one slithered in and tempted the couple. We watched in horror as all that was once colorful became dark. The mirrors turned dim. Weeds began to grow in the celestial garden. The Creator clothed them in animal skins and expelled them. With drawn sword, our kin protected entrance from its former rulers.

For centuries we inquired into what our Master had planned. We witnessed death and rebellion, murder and rape. And just when all seemed lost, he himself entered his own creation; the Author wrote himself into the play. I, Gabriel, still remember when he sent me to the humans to make the announcement. (I have not moved that fast since.) I still recount my lines, as an actor recalls the grand performance of his youth:

Do not be afraid, Mary, for you have found favor with God. And behold, you will conceive in your womb and bear a son, and you shall call his name Jesus. He will be great and will be called the Son of the Most High. And the Lord God will give to him the throne of his father David, and he will reign over the house of Jacob forever, and of his kingdom there will be no end. (Luke 1:30–33)

The Son, who would open the door to the locked kingdom, went. He himself, we soon realized, was destined to fulfill the ancient prophecy and crush the serpent’s skull (Genesis 3:15). Our Master, the King we spent countless ages praising upon his throne, took on the form of his servants. He became man. Man who would die. But of course, you know all of this already. I cannot but help it. What else should we discuss, if not this? Do we not long to look into such things?

Will Humans Recognize Us?

Ah yes, I nearly forgot. Now to your question. As you consider your new line of work, you ask whether the human you assist and strengthen, whose spiritual good is your mission and whose salvation is your glory, will he, who you serve out of sight and out of mind, recognize you in glory? On that day when our Master will chariot the clouds and make all things new, will your man — assuming that he is one of the chosen — know you?

When they meet us, beloved Toviel, I imagine that, like everything else in our Master’s kingdom, they will greet us with a sense of familiar wonder. All will be new, yet not that type of new which is just out of place — not that new which, when met, completely surprises. Rather, the tune that they have hummed the whole journey, the song they learned from they know not where, the melody which played in their hearts as the only comfort on darkened nights, will meet them at last. And on that day, when faith shall turn to sight, they will not merely hear the song; they will join it, as raindrops finally reaching the ocean’s surface.

I believe when you see each other as you both are, he will embrace you as a lifelong friend, with whom he only now had the pleasure of a proper introduction. Of course, we do not mean to distract him from our Lord — the dirt beneath must not seize one’s gaze from the flower’s petals — but he will see in your face a necessary ally who he only finally found at that moment. Perhaps, dear nephew, it shall be similar to how they will greet the saints of other generations whose stories and writings played their part in guiding them home.

Still Work to Do

This, dear Toviel, is the type of kinsmanship in which locked eyes and a gentle smile suffice to say all that is needed. And as he goes to shake our hand (I speak again in a human way) you will humbly bow before him — for he will be a king. (In one man, the kingdom was lost; in another, crowns are gained.) As a servant to his king, yet as a friend to his friend, you will finally usher him home with great joy.

That day, dear Toviel, that day, when the host of heaven will swell with completeness, when the last voice shall be present to sing the Great King’s praises, when the last narrator is in attendance to tell their part of the Great Story, when the last king and queen finally take their seat alongside his Highness, all will conclude, and yet, all will begin at long last. Creation groans. Heaven groans. We groan. For that day.

But until then, we have work to do.

Your Fellow Servant of His Glory,
Gabriel

In The Gabriel Letters, a senior angel (Gabriel) counsels a junior angel (Toviel) on how to assist a human against the temptations of demons and how to bring him home to heaven. This series is inspired by the classic work of C.S. Lewis, The Screwtape Letters.