It was a beautiful day in Minneapolis. The sky was blanketed with grey clouds while weak rays of a sallow sun beamed through its cracks and crevices. I sat at the coffee shop waiting for Rosaria Butterfield. Her schedule was packed that day, but once she arrived you would have thought this was her first appointment.

I wasn’t sure what to expect. I’d read with great interest about her life, both in articles and her published work. She had been a postmodern professor at Syracuse University and a lesbian and gay activist. But God saved her, and in recent years she’s become a great resource for the church as a thinker, speaker, and writer, helping the church more effectively engage the LGBT community.

I was a bit intimidated, but soon after she entered the room, I knew I could relax. I could tell right away I was in for a treat.

“It’s foolish to make an identity out of a pattern of temptation — and it unnecessarily confuses many Christians.”

When Rosaria and I sat down to talk about “the new America,” the topic of homosexuality was at the forefront of our minds. The LGBT community has taken society by storm. The country’s view of homosexuals is rapidly evolving, and many are petitioning the church to follow suit.

Some think the church is iterating as well. At the beginning of this year, Time published a piece entitled, “How Evangelicals Are Changing Their Minds on Gay Marriage.” The article alleges,

In public, so many churches and pastors are afraid to talk about the generational and societal shifts happening. But behind the scenes, it’s a whole different game. Support for gay marriage across all age groups of white evangelicals has increased by double digits over the past decade, according to the Public Religion Research Institute, and the fastest change can be found among younger evangelicals — their support for gay marriage jumped from 20% in 2003 to 42% in 2014.

While acceptance of homosexuality may be a growing trend among professing evangelicals, still the majority of evangelicals simply aren’t convinced. Evangelicals, for the most part, aren’t buying the arguments the “gay Christian movement” is selling.

According to Rosaria, the leading merchant for the gay Christian movement is Matthew Vines. He believes it’s possible to practice homosexuality and genuinely profess Christianity. Rosaria describes Vines’s view as claiming, “The Bible is simply not referring to committed homosexual relationships.”

While the latter view is clearly more palatable to evangelicals than the former, Rosaria disagrees with both. She points out that Vines’s view leads to not inheriting the kingdom of God (1 Corinthians 6:9–10). But she happily acknowledges, “Where there is life, there is hope. So we are not making a condemnation on [Vines’s] life. But we are making a discerning comment on his state before God. And we are doing that not because we are looking into his soul, but because we are looking into the pages of the book he has written and we are comparing it to the book of the Bible.”

While the majority of evangelicals see the problems with Vines’s view, Hill’s is more appealing to evangelicals in the current cultural climate. Many who hold or support this middle view may believe that identifying oneself as gay “is a morally neutral issue as long as I don’t act on it,” she says. “We need to understand that temptation, although it is not a sin, is not our friend. Why are we tempted? We are tempted because Satan hates Christ. Why do we pray ‘lead us not into temptation’ (Matthew 6:13)? Because temptation often leads us away from Christ.”

Rosaria warns that it’s foolish to make an identity out of a pattern of temptation — and it’s divisive because it unnecessarily confuses many Christians.

“Can you be a Christian who struggles with homosexual desire and struggles faithfully in the Lord? Absolutely. And if people are being honest, everybody is struggling with something — and if you are not, you are dead.”

“Homosexuality in the world today is not the church’s greatest threat, but the sin in our own pews and hearts.”

Rosaria also raises concerns with another view that has been historically popular among evangelicals: reparative therapy. She suggests that the negative view many have toward evangelicals concerning how we engage homosexuality has a lot to do with the ex-gay narrative. “It resolves the sin of homosexuality in heterosexuality, and it sees that as a sanctifying move.”

She adds that it’s been hurtful to faithful Christians who struggle with homosexual desire because it presents a false gospel. It’s a gospel of strength on your own terms. There is no John 15 abiding in union with Christ. It also presents a false gospel that suggests we should be fully sanctified this side of heaven — and perhaps even implies there is no sin in heterosexuality. Reparative therapy forgets that “the appetite of sexuality itself fell with the fall.”

“Sin is our biggest enemy. Original sin distorts us. Actual sin distracts us, and indwelling sin manipulates us. And by us, I mean Christians. I mean Bible-believing Christians. If we look at sin as merely making a mistake, then we just need a new iPhone app, and we don’t need a Savior. It completely confuses what the problem is, and if you don’t know what the problem is, you can’t come up with a good solution.”

Repentance, she says, is “a threshold to a holy God. Repentance is a gift from God. Only believers can repent. And you can’t go to some group therapy and conjure up repentance. You just can’t do it. It is a spiritual gift. It comes from a holy and a loving God.” And God’s means of grace — his word, prayer, and the church — “can put you on the path of all kinds of spiritual good things, but you can’t make it happen: not for yourself, not for your children, not for your neighbor, not for anybody.”

Homosexuality, she says, “is a sin to be mortified, not modified.” She took me to Romans 6:4–5.

We were buried therefore with him by baptism into death, in order that, just as Christ was raised from the dead by the glory of the Father, we too might walk in newness of life. For if we have been united with him in a death like his, we shall certainly be united with him in a resurrection like his.

Rosaria suggests that those who simply want to rearrange their life, and not call out sexual temptation for what it really is, are taking imprudent and reckless risks. Whatever we’re struggling with needs to be confessed to God for what it really is. Otherwise, it will kill us in the end.

“One of the things you might be trying to do is look all cleaned up so the sins confessed are underground — and that is a dangerous form of hypocrisy. Or you could be just somebody who is really trying to get at things on your own strength, but that is not what the Lord wants either. The Lord is not calling you to be strong on your own terms. The Lord is calling you and me to stand in the risen Christ.” 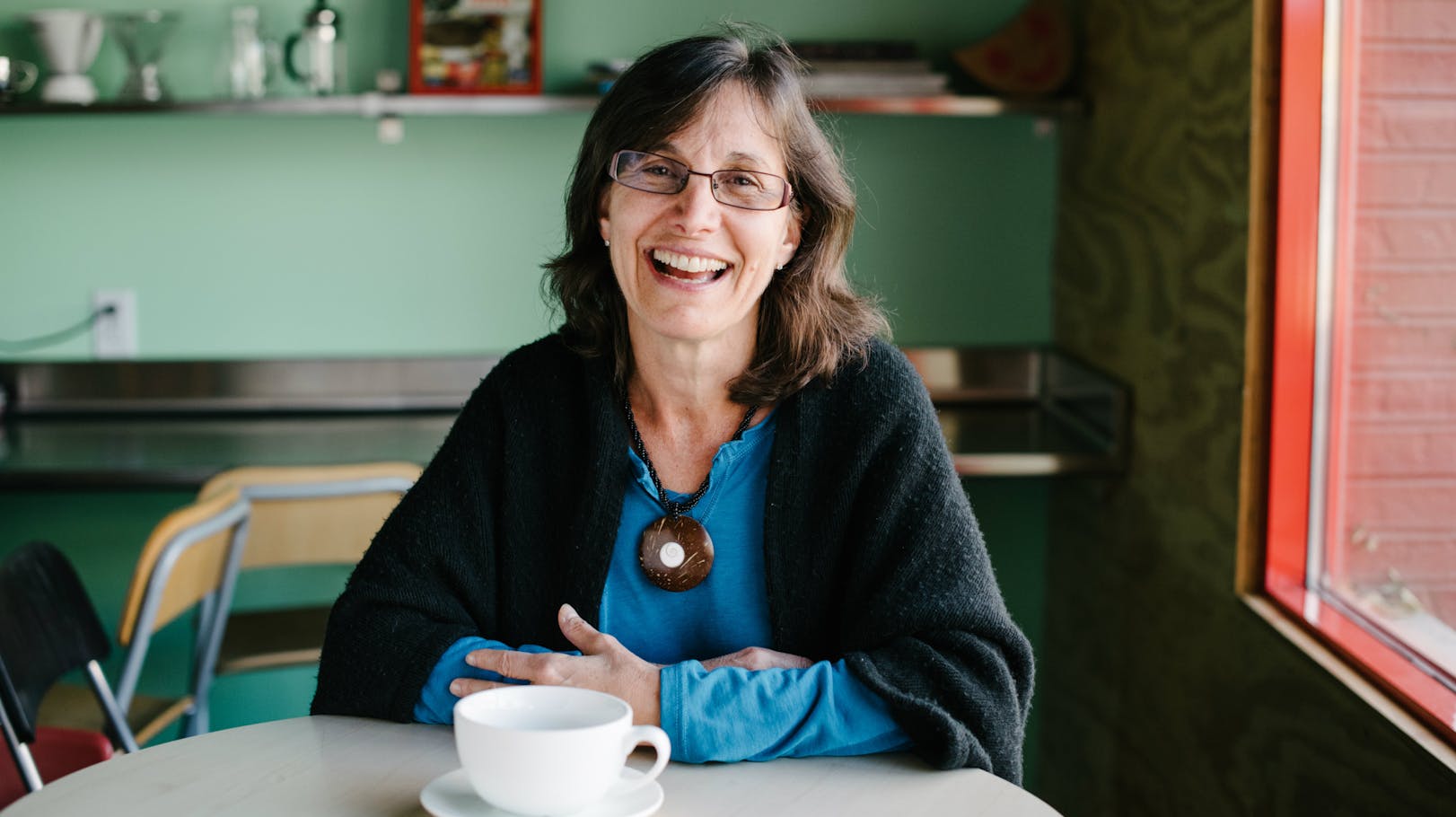 One Voice on Christian Social Media

A Safe Place for Sexual Sinners