Through his sophomore year in college becoming a preacher was out of the question. John loved God and he loved the Bible. But he was absolutely terrified of public speaking. As a student at Wheaton College he settled for C’s in classes that required speeches as part of the grade. So he was preparing for a career in medicine.

But God had other plans. During the summer term of 1966, the chaplain at Wheaton asked John to pray during chapel. John completely shocked himself by accepting. He vowed to God that if God helped him through this, he would never again refuse an invitation to speak for him out of fear. God answered.

Then in the fall of 1966, John was laid out for three weeks with mononucleosis. And while laying in the college infirmary he listened to Harold John Okenga preach on the college radio station. And as he did, John discerned a call to abandon his medical path and give himself to the ministry of the Word. 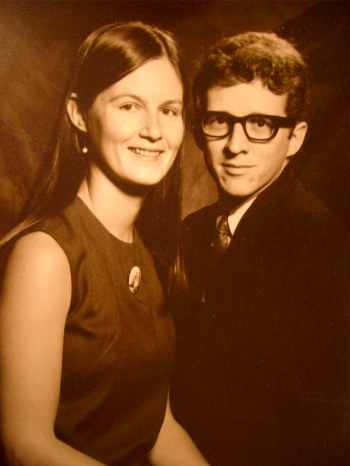 After graduating from Wheaton in 1968, John and his young bride, Noël, spent three years at Fuller Theological Seminary in Pasadena, CA, where God transformed him into a Calvinist and a Christian Hedonist through the massive influences of Jonathan Edwards, Daniel Fuller, C. S. Lewis, and others. Then they spent another three years in Germany where John earned his D. theol.

In the fall of 1974, John began his first “real job” as an assistant professor in the Bible department at Bethel College in St. Paul, MN. He taught there for 6 years.

John’s call to preach came in 1979, while taking a sabbatical to write a book on Romans 9. The God of Romans 9 was not to be merely pondered. He was to be proclaimed!

After submitting his name as a pastoral candidate to the Baptist General Conference denomination, only one church, Bethlehem Baptist in downtown Minneapolis, responded. He preached his candidating sermon in January 1980, was approved by the congregation, and launched this new journey in July 1980.

Like most downtown churches at that time, Bethlehem was an aging congregation. Most of its members were 65 and over. But within a few years the average age dropped below 30 as hundreds of students and young adults flocked to the church. 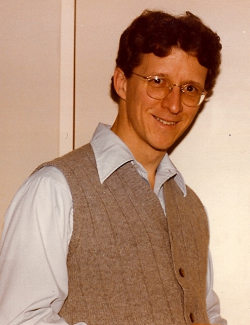 In 1983, God birthed a passion for missions in the hearts of John and his associate pastor, Tom Steller, that spread among the people and into the nations. Bethlehem has never been the same.

That same year, John preached a series of sermons that later formed the core of the book, Desiring God, which was published in 1986. With this book, God opened a door to a wider writing and speaking ministry that has grown to over 50 books (written and edited) and hundreds of engagements over the years.

But John has never confused the wider influence that God has granted him with his primary calling: to be a pastor.

Bethlehem’s needs and schedule have always taken precedence over writing projects and outside speaking. John’s life is lived and ministry carried out in community. Audiences are not replacements for relationships. And most of what John has to say to the wider church he has learned in the joys and sorrows of life together with real people.

In some ways Bethlehem is a very different place than it was when John began in 1980. The fresh-faced 30-something pastor has grown into a wizened 60-something pastor with a deeper voice. The aging congregation of 500 has grown into a youngish congregation of about 5,000. There are now three campuses with dreams of a possible fourth. Fairly simple ministry programs and systems have become far more complex. 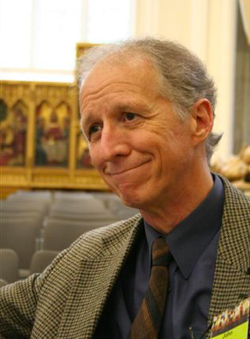 But with regard to God and his Word and his glory, Bethlehem has not changed. This is largely because, by God’s grace, John has not lost his love for and awe of his Savior. I have observed John for over 20 years. He still burns with Holy Spirit passion for God’s glory.

That is a tremendous grace. I know that much better now that I’m 45 than I did at 25. Many do not finish well because they get tired, they lose heart, or they cave in to the unrelenting temptation of worldliness. John has not done that. I love him for it.

Yes, John, I do love you, my friend. And so do all of your brothers and sisters at Bethlehem and many around the world where God has allowed your ministry to reach. Your life has had an incalculable influence on us. And your faithful pastoral ministry in all seasons of life for these 30 years is precious beyond description.

And, Father, thank you for Pastor John. Through him we have come to know and love you, your Son, and the Holy Spirit more. And that gift is priceless. In Jesus’ name, amen.

How to Keep Praying

Before you close your eyes to pray, take a moment to remember what prayer really is. Let Jesus reawaken you to the wonder of having God’s ear.