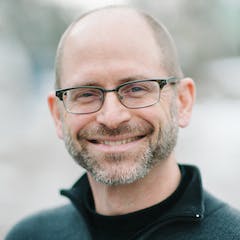 Jon Bloom serves as author, board chair, and co-founder of Desiring God. He is author of three books, Not by Sight, Things Not Seen, and Don’t Follow Your Heart. He and his wife have five children and make their home in the Twin Cities.

What Sin Will Never Quench

God Made You for a Body

Jon Bloom May 20, 2020
More by this author
Article by
Jon Bloom
Close

Jon Bloom serves as author, board chair, and co-founder of Desiring God. He is author of three books, Not by Sight, Things Not Seen, and Don’t Follow Your Heart. He and his wife have five children and make their home in the Twin Cities.

What Sin Will Never Quench

God Made You for a Body

Robert Cleaver Chapman tried his best to be forgotten, but God intervened on our behalf.

An unusually humble man, Chapman would have been pleased if you haven’t heard of him — and most Christians haven’t. And he would have likely protested my drawing your attention to him here. But I’m doing it anyway because I know you’ll be the richer for knowing him. And I doubt he minds now, having lived in heaven for nearly 120 years.

You might be surprised to know that he was one of the most influential Christians in 19th-century England. Many prominent English leaders of that era whose names you do know, like Charles Spurgeon, J.C. Ryle, Hudson Taylor, George Müller, even Prime Minister Gladstone, knew, loved, and revered Robert Chapman, and sought his counsel. Why?

He became legendary in his own time for his gracious ways, his patience, his kindness, his balanced judgment, his ability to reconcile people in conflict, his absolute fidelity to Scripture, and his loving pastoral care. (Agape Leadership)

In short, it was the beautiful and (sadly) rare way Chapman loved others that made it crystal clear to everyone whose disciple he was (John 13:35). Spurgeon called him “the saintliest man I ever knew.”

From Birth to Barnstaple

Robert was born in 1803, to Thomas and Ann Chapman. It was clear early on that he was very bright. At age fifteen, he left home to apprentice as a lawyer in London. He excelled in his apprenticeship and by age twenty became an attorney of the Court of Common Pleas and of the Court of the King’s Bench. A couple years later he started his own law practice. Experienced lawyers saw a promising professional future for Robert.

But during his apprenticeship he also experienced a growing spiritual hunger. An older Christian lawyer befriended Robert and invited him to John Street Chapel, where, under the evangelical preaching of Harington Evans, the twenty-year-old Chapman understood the gospel and was converted.

Over the next few years, Chapman became increasingly involved in the ministry of John Street Chapel and Evans mentored him in preaching. But as his interest in studying the Bible and participating in gospel outreach increased, his interest in law decreased.

Finally, at age twenty-nine, Chapman gave up law altogether and agreed to become the pastor of a little Baptist church called Ebenezer Chapel in Barnstaple, a town of about seven thousand in the southwest of England. He would minister there for the next seventy years.

Before becoming a pastor, Chapman had resolved to not merely preach Christ, but to live Christ. And when he stepped into pastoral leadership at Ebenezer Chapel, he had ample opportunity to exercise his resolve.

Ebenezer had so many internal conflicts that it had burned through three pastors in the eighteen months before Chapman arrived. Not only that, but some of Chapman’s theological convictions differed significantly from the church’s. The situation was ripe for another short pastorate, but that didn’t happen. Why?

Because Chapman really believed in the power of and practiced prevailing prayer. And he had supreme confidence in the power of the word faithfully and prayerfully preached to transform people. And he determined to be doggedly patient and tender with the people. Rather than exacerbate tensions by trying to push through theological and structural changes quickly, even ones he felt strongly about, Chapman committed them to prayer, faithfully preached and taught the Bible, and extended to the people tenacious, persevering love. Eventually, most people in the church embraced what Chapman taught and modeled.

Division in the Church

But not everyone did, which provided Chapman a very different opportunity to live Christ in an even more profound way.

Two years into his ministry, despite doing all he could to prevent it, a small group of Ebenezer members split off to form their own church. Not only that, but this group demanded that the rest of the church move out of the building, since they saw themselves as the faithful remnant of the church’s original convictions. In response to this, Chapman did something unusual: he led the rest of the saints at Ebenezer (the majority group) to relinquishing the building to the splinter group. He believed it was better to be wronged than to have Christ’s name put to shame in the town because of infighting over property. The Ebenezer saints made due for a few years until they were able to build what later became known as the Grosvenor Street Chapel.

But this turned out not to be exceptional for Chapman. He practiced this kind of love at all levels, great and small. He frequently gave needy people he met the literal coat off his back. Or he’d give away the last bit of money he had, even if it was his train fare home from some place. This happened with some regularity, and when it did, Chapman would board the train and simply ask the Lord to provide his fare, which he always did. The frequent guests who stayed overnight at his home always found their shoes cleaned and set outside their doors in the morning. And since many of the folks who attended his church were domestic workers who had precise work start times, he sought to always begin and end meetings on time.

As you can imagine, Chapman’s consistent, godly agape leadership over the course of decades fostered a culture of love in the church he led. And its effects lasted beyond his life. A generation later, the church resulting from the small splinter group ended up revering Chapman. And the Grosvenor Church remains a thriving, evangelical witness for Christ in Barnstaple to this day.

Chapman became renown for the gracious and tender way he treated people. But that didn’t mean he wasn’t tough. He stood firm on his settled biblical convictions, and once said to a friend, “My business is to love others, not to seek that others shall love me.” But, since he was so consistently patient and kind, even in disagreement, others tended to love him.

A man strong in the Scriptures, full of wisdom, and deeply concerned that Jesus’s church not veer into unfaithfulness, Chapman was drawn into numerous theological controversies and conflicts between church leaders. He really did grieve over the damage that leaders’ pride and impatience caused in the body of Christ. He rigorously practiced, and encouraged others to practice, Paul’s admonition that “the Lord’s servant must not be quarrelsome but kind to everyone, able to teach, patiently enduring evil, correcting his opponents with gentleness” (2 Timothy 2:24–25).

In cases where people became angry with Chapman and withdrew from him, he always pursued them, doing everything he could to be at peace with them (Romans 12:18). And as long as the tension and distance remained,

Chapman referred to them as “brethren dearly beloved and longed for” (Philippians 4:1). His sorrow was genuine. There was no sense of “good riddance” on his part. He had no sense of relief to be done with those who . . . opposed him and would have no further Christian fellowship with him. These were his “brethren whose consciences lead them to refuse my fellowship and to deprive me of theirs.” (Robert Chapman: Apostle of Love)

From the time of his arrival in Barnstaple till the end of his life, because of his deep love and concern over people’s souls, Chapman was a relentless evangelist.

He talked with people on the streets and at their houses or rooms. He frequently held gospel meetings in the workhouses and talked individually with the homeless and destitute inmates. . . . He began open-air preaching . . . and became quite good at it. (Robert Chapman: Apostle of Love)

Many came to Christ due to Chapman’s personal witness.

He also carried the unreached nations heavy on his heart, and he interceded daily for them. He had a particular burden for Spain. He taught himself Spanish and took three different extended trips, walking the length and breadth of the country for months at a time to personally evangelize lost Spanish people and to encourage the few Christians there. He also spent time in Ireland doing the same thing.

Chapman developed a friendship with Hudson Taylor and was an enthusiastic intercessor, financial supporter, and U.K. representative for the China Inland Mission. And he loved George Müller and his orphan work in Bristol. Müller considered Chapman one of his most trusted counselors.

Chapman never married. But his home was rarely lonely because he made it into a place of refuge and refreshment for weary and discouraged Christian workers. Many pastors and missionaries were profoundly encouraged by spending time with and receiving counsel from this godly, gentle saint.

Robert Chapman had a long and fruitful ministry — he lived to be 99 years old and left no blemish of moral failure. He preached his final sermon at Grosvenor Street Chapel when he was 98 (and went an hour and a quarter!). He was spiritually, mentally, and physically healthy and vigorous right up to the end — evangelizing, visiting, counseling, teaching, and especially interceding. Then on June 2, 1902, he suffered a stroke, which led to his death ten days later, on June 12th.

One of the reasons we haven’t heard more about Robert Chapman is that he sought to remain anonymous. He was disturbed by the phenomenon of Christian celebrity in his day and didn’t want people thinking more highly of him than they ought to think. He discouraged most efforts to publish his sermons and other writings, and even burned most of his personal papers to discourage the tendency he saw for people to turn leaders into posthumous heroes. Because, as he once said, “What is most precious in the sight of God is often least noticed by men” (Agape Leadership).

Robert Chapman didn’t want people to look at him; he wanted them to look at Jesus Christ. He didn’t want to distract others from Christ. And, of course, he was right about this: no one surpasses Jesus as a model of loving leadership. No one has shown greater love (John 15:13). More than anyone else, we need to keep “looking to Jesus” (Hebrews 12:2).

But I do think Robert Chapman is worth examining, and I wish he hadn’t destroyed his papers. I’m thankful for Robert Peterson and Alexander Strauch, who have compiled most of what is available about Chapman into helpful biographies. For Jesus said, “By this all people will know that you are my disciples, if you have love for one another” (John 13:35). And Chapman took that “if” very seriously. He lived that verse.

We need as many models of such love as possible.