The Enticing Sin of Empathy

How Satan Corrupts Through Compassion 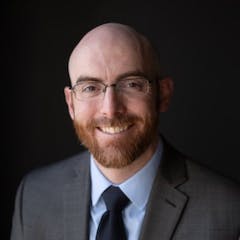 The Sweetness of a Godward Meal

How a Head Loves a Body

The Beautiful Roots of Courageous Submission

What Spoils the Lord’s Supper?

The Sweetness of a Godward Meal

How a Head Loves a Body

The Beautiful Roots of Courageous Submission

What Spoils the Lord’s Supper?

This is the second of two letters on the demonic distortion of the virtue of compassion. Read the first titled “Killing Them Softly: Compassion That Warms Satan’s Heart.”

Really, Mugwort, I would have thought that a young and ambitious tempter would pay attention to the annual updates posted by the Infernal Philological Society. The fact that you had never heard the idea that empathy was a sin is enough to turn me into a centipede.

Your confusion in this case, however, is somewhat understandable. I’ve always said you were a gullible devil. It seems the Department of Propaganda has been too successful. Even our tempters have been taken in. As a result, it falls to me to explain again some of the elementary doctrines of our Father Below.

When humans are suffering, they tend to make two demands that are impossible to fulfill simultaneously. On the one hand, they want people to notice the depth of their pain and sorrow — how deep they are in the pit, how unique and tragic their circumstances. At the same time, they don’t want to be made to feel that they really need the assistance of others. In one breath, they say, “Help me! Can’t you see I’m suffering?” and in the next they say, “How dare you act as though I needed you and your help?” The sufferer doesn’t want to be alone, and demands not to be pitied. This makes their emotional turmoil in suffering not only delicious to our taste, but also highly combustible and unpredictable.

Now, sufferers have been placing such impossible demands on others from time immemorial. In response, our armies have fought for decades to twist the Enemy’s virtue of compassion into its counterfeit, empathy. Since we introduced the term a century ago, we’ve steadily taught the humans to regard empathy as an improvement upon compassion or sympathy.

Compassion only suffers with another person; empathy suffers in them. It’s a total immersion into the pain, sorrow, and suffering of the afflicted. Under our influence, we’ve taught the humans to think, “Only a heartless and unfeeling beast could oppose such a total immersion, such a generous act of ‘love.’” Our recent success in this conceptual migration has given us ample opportunity for mayhem.

Think of it this way: the Enemy’s virtue of compassion attempts to suffer with the hurting while maintaining an allegiance to the Enemy. In fact, it suffers with the hurting precisely because of this allegiance. In doing so, the Christians are to follow the example of their pathetic and repulsive Master. Just as the Enemy joined the humans in their misery in that detestable act of incarnation, so also his followers are to join those who are hurting in their misery.

However, just as the Enemy became like them in every way but sin, so also his followers are not permitted to sin in their attempts to comfort the afflicted. Thus, his compassion always reserves the right not to blaspheme. It seeks the sufferer’s good and subordinates itself to the Enemy’s abominable standard of Truth.

Our alternative, empathy, shifts the focus from the sufferer’s good to the sufferer’s feelings, making them the measure of whether a person is truly “loved.” We teach the humans that unless they subordinate their feelings entirely to the misery, pain, sorrow, and even sin and unbelief of the afflicted, they are not loving them.

This begins, of course, with the sufferers themselves. Our policy has been to teach sufferers to resent all resistance to their feelings. Any holding back, any perceived emotional distance — especially a distance that is driven by a desire to discover what would actually be good for them — must be regarded as a direct assault on their dignity and an affront to the depth of their suffering. As I said before, this is not difficult. A human in pain is practically primed to say, “You don’t love me if . . .” and then to place entirely unreasonable demands on others.

Our task is to give this impulse a little push. We want their unreasonable demands to become ungodly demands. Not only must comforters refuse to actually offer words of comfort (which even their sniveling shepherds suggest is sometimes a prudent policy in the immediate aftermath of some calamity), but we want sufferers to subtly but forcefully demand that their comforters not even feel hope or joy or faith themselves. Total immersion must be granted, or “You don’t love me.” Anyone who refuses to jump through the hoops isn’t being empathetic.

But our efforts don’t end with the sufferer. We must also work on the comforter, the one who feels and acts with compassion. Picture the sufferer as someone being slowly overcome by quicksand. The compassionate person, desiring to help and comfort them, knows that he must enter into the pit with them.

However, he also knows that he’ll only be able to help if he’s tethered to something strong and sturdy outside of the pit. And so he enters the pit with one foot, while keeping the other on the solid ground. He reaches for the hurting with one hand, while holding onto a firmly rooted tree with the other. This is where your patient is now, looking at the various instances of suffering and affliction around him and desiring to help, comfort, and encourage those in the pit.

Your task is to compel him to jump in with both feet. As I’ve said, the sufferer will naturally be demanding it. You must increase the pressure by fostering in him a sensitivity to accusations of heartlessness. This is where our philological efforts have made your job much easier than you deserve.

By elevating empathy over compassion as the superior virtue, there is now an entire culture devoted to the total immersion of empathy. Books, articles, and social media all trumpet the importance of checking one’s own beliefs, values, judgments, and reason at the door of empathy.

To refuse to fully endorse the feelings of the hurting, however blasphemous and false, is to revictimize them. Maintaining the emotional independence necessary to rationally consider someone’s good is “unhelpful,” “heartless,” “contrary to the spirit of Jesus.” These terms can be used to browbeat your man into submission so that he never pauses to consider the true and lasting good of the one in pain, or the truthfulness and accuracy of their felt reality.

Once untethered from the truth, you’ll find that your man is eminently steerable. Things that he would have regarded as foolish, sinful, and ungodly under normal circumstances will sail right along under the banner of empathy. Rightly used, empathy is a power tool in the hands of the weak and suffering. By it, we can so weaponize victims that they (and those who hide behind them) are indulged at every turn, without regard for whether such indulgence is wise or prudent or good for them.

When you can move your man from the bland but true belief that “feelings are important” to the false but potent impression that “feelings are all that’s important,” then you know that you have him. Properly conditioned and trained in this way, you will be able to steer him in any direction you choose.

As in many things, we must always keep in mind the Enemy’s goals and ours. The Enemy aims to produce a fellowship of sufferings, with his Accursed Son at the center of it. But fellowship requires fellows; that is, it requires distinctness. Fellows say, “We are together, and yet I am still I and you are still you.” This is a kind of union, where one thing is united to another thing while still being itself.

In fact, if the Enemy is to be believed, creatures become more themselves when thus united. Of course, it is all lies, and in stoking empathy we are simply cutting with the grain of reality. Empathy goes beyond union to the more potent and dynamic truth of fusion, the melting together of persons so that one personality is lost in the other. Empathy demands, “Feel what I feel. In fact, lose yourself in my feelings.”

In my last letter, I told you that compassion, when untethered from patience and wisdom, becomes tyrannical and attempts to force the sufferer out of their sorrow against their will. Such impatient compassion attempts to seize the wheel of the sufferer’s emotional vehicle.

In the present case, the seizing happens the other way. The sufferer demands to steer the emotional car of the one trying to help them. We are happy with either. It matters not which person is exercising the tyranny, so long as there is, in the end, only one car. What we want to avoid at all costs is a caravan, that fellowship of sufferings in which the hurting, the suffering, and the afflicted are all permanently tethered to the Enemy, and therefore drawn inexorably toward each other and toward the blazing and damnable light that marks his comforting presence.

Excuse me, Mugwort. That last image has left me feeling ill. I think I’d better lie down.