The Quiet Plague of Painkillers

The Opioid Crisis in America 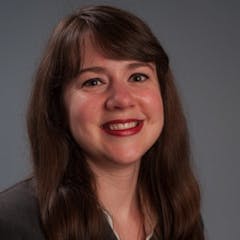 Kathryn Butler is a trauma and critical care surgeon turned writer and homeschooling mom. She is author of The Dragon and the Stone (The Dream Keeper Saga). She and her family live north of Boston.

The Other Great Parenting Books

The Rest Beyond Our Reach

Faithful in Every Fearful Change

Your Body Will Be Whole

Fearless Even in Illness

Even in the ICU

Kathryn Butler is a trauma and critical care surgeon turned writer and homeschooling mom. She is author of The Dragon and the Stone (The Dream Keeper Saga). She and her family live north of Boston.

The Other Great Parenting Books

The Rest Beyond Our Reach

Faithful in Every Fearful Change

Your Body Will Be Whole

Fearless Even in Illness

Even in the ICU

As he lifted his tattered backpack to his shoulder, its straps still grimed from the alleyways in which he slept, I knew we had failed him.

“I’m fair,” he would reply each morning when I peeked into his room. Although always courteous, his answer clashed with the sweat that slicked his face, the dark hollows of his pupils that dilated to crowd out color. I stood at the foot of his bed, ridiculous in my short medical student coat, and I asked the questions I so earnestly hoped would help him.

He would curl into himself, clutch his abdomen, and exhale answers between tremors.

We titrated medications to help him weather his withdrawal, and soon he could sit upright in bed. He sipped tea from a plastic cup, and talked about his disdain for life on the streets.

“I know I can’t keep living like this,” he would say.

Yet he only spoke in euphemisms. A restlessness possessed him. He never reclined into his pillow, but rather propped himself on his elbows, as if even the sheets at his back disquieted him. Naïve and insecure, I kept our conversations shallow.

“Since 1999, the number of deaths from opioids in the United States has quadrupled.”

When he accepted the social worker’s offer to review addiction centers, hope leapt within me. Together, we pored over lists of treatment programs. We talked about methadone regimens and counseling strategies. The morning of transfer, we found him fully clothed, waiting for us. In my ignorance, I beamed at him.

He resisted our urgings to stay. We had offered medications and counseling centers, but missed something crucial, something that mattered more than air. We ignored the pain that lurked within him — hidden, coursing to his bones.

Failures like ours now fuel an epidemic. Since 1999, the number of deaths from opioids in the United States has quadrupled. Opioid overdose has claimed the lives of over half a million people since 2000.

Although heroin accounts for many such deaths, more familiar medications pave a path to heroin. Coincident with rising death rates, sales of prescription opioids such as oxycodone, hydrocodone, and hydromorphone quadrupled between 1999 and 2010.

Some patients with dependence upon these drugs progress to heroin, which they can acquire at a cheaper price. Others succumb to the prescription drugs themselves. Prescription drug overdose claimed 15,000 lives in 2015 alone.

How Did We Get Here?

Opioids are a family of compounds that bind nerve receptors. They suppress pain, but also produce euphoria, and at high doses impair the drive to breathe. In the 1970s, the illegal drug crisis in the U.S. inspired wariness regarding opioid prescriptions. In the 1990s, however, arguments arose for treating pain as a vital sign commensurate with temperature and blood pressure.

“Despite the surge in painkiller prescriptions, Americans report no change in pain.”

The Joint Commission, which sets national standards for healthcare practice, established optimal pain management as a benchmark in 2001. This movement, combined with aggressive pharmaceutical marketing and studies that deemphasized the addictive potential of opioids, incentivized physicians to aggressively treat pain. The initiative arose from compassion, but dogma, rather than evidence, propelled it forward.

Despite the surge in painkiller prescriptions, Americans report no change in pain. We distribute more and more pills, but the agony remains. Some classes of opioids produce dependence after just a few doses, and patients require the drug just to feel normal. Those who require opioids chronically can actually develop hyperalgesia — that is, increased sensitivity to pain. Withdrawal cripples victims with chills, muscle aches, nausea, vomiting, and insomnia.

Meanwhile, tragedy litters the headlines. Heroin and prescription drugs have orphaned kids in West Virginia, and robbed parents of their children in New Hampshire. The numbers of infants born opioid-dependent have surged in Cincinnati. Toddlers in Milwaukee have died of accidental ingestion. Coroner’s offices in Ohio cannot manage the influx of overdose victims.

The Hurt at Our Hearts’ Core

Such sweeping measures are vital. We must pursue them. Yet they will be insufficient, because aside from protocols and treatments, people are hurting. Medications cannot soothe a boy’s soul as he convulses in withdrawal. Mandates cannot stay a woman’s hand as she reaches for alcohol when pills become scarce. Even when we’ve stemmed the overabundance of prescriptions — which we must do — a decreased supply will not heal the aching hearts of the afflicted.

Each and every one of us, whatever our upbringing, race, or occupation, bears a pain that rips to the core. The agony runs deep, beyond the reach of formulaic therapies. It drives our pursuit of possessions, money, jobs, people, and substances, all as substitutes for our lost communion with the Lord. Born in sin, we all groan for redemption (Romans 8:22–23). Our souls thirst for the living God (Psalm 42:1–2).

“Even when we’ve stemmed the prescriptions, less supply will not heal the aching hearts of the afflicted.”

A dear friend who has overcome drug addiction recently described to me how a stranger reached him when he hit rock bottom. A man whom he had never met saw him in distress, and remained at his side for hours until he was safely admitted to a hospital. In stopping to help, this Good Samaritan taught my friend that, after a decade struggling with homelessness and substance abuse, his life mattered. A stranger highlighted his identity as a unique individual made in God’s image, worthy of love, made blameless through Christ Jesus (Colossians 1:22).

A Command to Care

God calls us to follow this Good Samaritan’s example. The Lord places people into our paths for a purpose (Acts 8:26–39). He calls us to clothe the naked, feed the hungry, and minister to the least (Matthew 25:34–40). I will never know if a medical failure in the form of a prescription bottle first wronged my patient. But I know I failed him when I stood at the foot of his bed as a medical student. I failed him when I responded to his pain with protocols alone, without patience, without love and inquiry — without the gospel. I failed him when I did not take hold of his hand, pray for him, and endeavor to see his suffering and anguish as something only the Lord can take away (Revelation 21:4).

The opioid epidemic concerns not only the national consciousness, but also each of us as individuals within the body of Christ. Christ calls us to carry our joy beyond the safe boundaries of our churches each week and care for our neighbors (Luke 10:25–37). It means digging deeper, one person at a time. It means engaging, casting aside misgivings, and taking risks. It means not averting our eyes when the downtrodden loiter on street corners.

We must seek the stories of each person God has placed in our lives. We must show all who cross our paths their value in Christ and their preciousness through a God who so loved them, that he sacrificed his Son, so they might live (John 3:16). We must encourage one another in the assurance that, however deep the pain surges, Christ loves us and has overcome (John 16:33).