The Lies Behind Abortion Without Limits 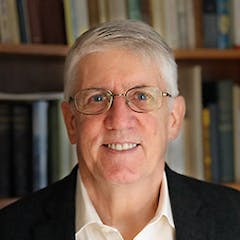 John Ensor is president of PassionLife, where he trains Christian leaders in biblical bioethics and pregnancy crisis intervention in countries suffering the highest rates of abortion worldwide. He is the author of Innocent Blood: Challenging the Powers of Death with the Gospel of Life and lives in Roswell, GA.

A Sentence to Bring Down Abortion

You Waited Long and Well for Him

Pray for the Third Wave

John Ensor is president of PassionLife, where he trains Christian leaders in biblical bioethics and pregnancy crisis intervention in countries suffering the highest rates of abortion worldwide. He is the author of Innocent Blood: Challenging the Powers of Death with the Gospel of Life and lives in Roswell, GA.

A Sentence to Bring Down Abortion

You Waited Long and Well for Him

Pray for the Third Wave

New York has legalized abortion up to birth, and beyond. It is now legal to neglect, choke, or smother a baby that somehow survived the lethal injection and knife cuts designed to kill during the abortion procedure.

To put a fine point on it, Governor Andrew Cuomo signed the Reproductive Health Act (RHA) on January 22, the anniversary of Roe v. Wade. This law legalizes abortion in New York throughout all nine months of pregnancy, even up to dilation. It repeals the safeguard requiring all abortions be performed by a licensed physician. It decriminalizes all state abortion laws, and it removes all rights and protections from the unborn by defining a “person” as “a human being who has been born and is alive.” Even this definition, however, is revoked for the child who is accidentally born alive.

“To see abortion is to reject abortion.”

The only restriction in the law is written to ensure that there are no restrictions whatsoever. It decrees that abortion may be performed “within 24 weeks from the commencement of pregnancy, or there is an absence of fetal viability, or at any time when necessary to protect a patient’s life or health” (Art 25-A).

This restriction mirrors that of the original Supreme Court decisions of 1973. Roe v. Wade allowed restrictions to abortion (the threshold of viability being generally thought to be 23–24 weeks at that time) except when necessary to protect the life and health of the mother.

The companion decision, Doe v. Bolton, handed down with Roe, defined the health of the mother so broadly that it effectively removed the restrictions set in place by Roe. In Doe, the court ruled, “The medical judgment [for a late-term abortion] may be exercised in the light of all factors — physical, emotional, psychological, familial, and the woman’s age — relevant to the well-being of the patient. All these factors may relate to health.” 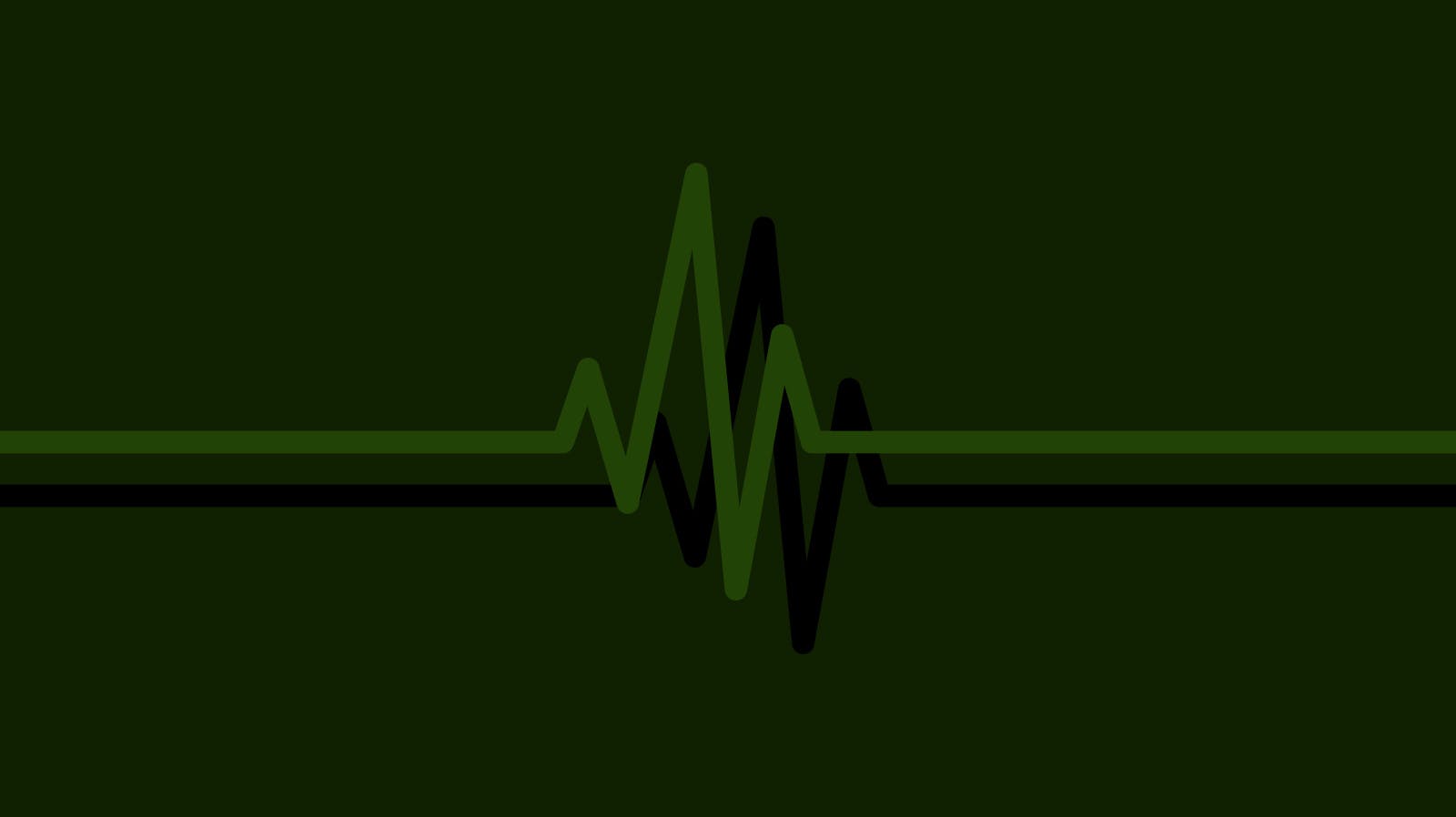 All We Did Was Survive

The State of the Pro-Life Movement Under President Trump

In RHA, by leaving the “health” of the mother undefined and broadly understood, NY lawmakers made abortion legal for any reason or no reason, at any point during the pregnancy and paid for with taxpayer funds. Our opponents see it this way, too. They cheered,

In triumph, Cuomo ordered one World Trade Center to be lit up in pink.

“This law legalizes abortion in New York throughout all nine months of pregnancy, even up to dilation.”

The defenders of the RHA assure us that no woman would undergo late-term abortion unless something terrible and life-threatening was involved. Such a thing is “extremely rare,” it is said. Not true. New York’s own abortion statistics for 2016 reports 1,763 abortions were performed at 20 weeks gestation or later. Even if true, how does killing the infant born alive during an attempted abortion effectively save the mother’s life? In truth, there is no medical condition in late-term pregnancy in which abortion is necessary to save the life of the mother.

What Do Doctors Say?

In the last few weeks, many doctors turned to social media to shout this reality. Dr. Lawrence K. Koning, wrote:

As an Ob/Gyn physician for 31 years, there is no medical situation that requires aborting/killing the baby in the third trimester to save the mother’s life. Just deliver the baby by c/section and the baby has 95+% survival with readily available NICU care even at 28 weeks. C/sections is quicker and safer than partial birth abortion for the mother.

I want to clear something up so that there is absolutely no doubt. I’m a board certified ob/gyn who has delivered over 2,500 babies. There’s not a single fetal or maternal condition that requires third trimester abortion. Not one. Delivery, yes. Abortion, no.

As a board-certified practicing ob/gyn for over 30 years, I need to say publicly and unequivocally, that there is NEVER a medical reason to kill a baby at term. When complications of pregnancy endanger a mother’s life, we sometimes must deliver the baby early, but it is ALWAYS with the intent of doing whatever we can to do it safely for the baby too. The decision to kill an unborn baby at term is purely for convenience. It is murder . . . God help us.

When the innocent are slaughtered with glee, and yet the overwhelming number of our pulpits remain cowered in silence, seemingly incapable of seeing the connection between blood-guilt and the gospel, it is time to grieve with Jeremiah, “For these things I weep; my eyes flow with tears; for a comforter is far from me, one to revive my spirit; my children are desolate, for the enemy has prevailed” (Lamentations 1:16).

“Behind the façade of choice and health lies a devouring serpent.”

We must acknowledge and confront the true immensity of evil that relishes child-killing, testifying to our own rebellious autonomy. Behind the façade of choice and health lies a devouring serpent. As the psalmist says, child-killing is the blood-sport of demons (Psalm 106:37). Meanwhile, the church (at least in America) remains divided. Many leaders are silenced by the fear of man. The enemy is prevailing, for now.

“I Suffered in Silence”

It’s also time to listen. The Reproductive Health Act is promoted under the banner of women’s health. In response, women who have experienced terrible mental health problems after abortion are feeling compelled to speak up and expose the lie that abortion is health care.

I suffered in silence for over 12 years. . . . I suffered immense anxiety and depression. I exercised my right as a woman. Yet not one person ever warned me about the emotional damage I would suffer. . . . I have never shared this part of my life because it was just too hard. . . . I come with a pure and transparent heart in letting you know something very deep. I can no longer be silent.

A few women are eager to shout their abortions as a liberating experience. But many more are women like April. She sat down on camera with me to tell me she experienced abortion as one experiences a car wreck: as a traumatic and wholly unhealthy experience.

Our Time Has Come

The time has come for everyone to learn to make the case for life. People who have never spoken up, and certainly not marched for life, are repulsed by the New York City law. People sense the moral injustice of abortion at 9 months in ways that they do not sense it at 9 weeks. “At that point, it is clearly a baby. And killing a baby is wrong.”

“There is no medical condition in late-term pregnancy in which abortion is necessary to save the life of the mother.”

Such people are inviting us to engage them. When the opportunity comes, I start by confirming their judicial sentiment — showing them why they sense the RHA is wrong. I show them pictures of abortion. To see abortion is to reject abortion. Then I explain why I oppose all abortion at all stages of development.

That’s why, as someone who believes in equal rights, I am obligated to defend the rights of those who are oppressed (stripped of their natural rights and legal protections). Or as God says, “Open your mouth for the mute, for the rights of all who are destitute” (Proverbs 31:8). Will you speak up, with me, for these precious lives?