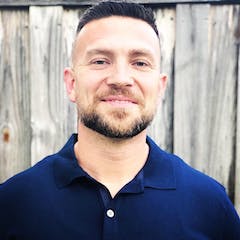 Garrett Kell is the author of Pure in Heart: Sexual Sin and the Promises of God. He also serves as pastor of Del Ray Baptist Church in Alexandria, Virginia. He is married to Carrie and they have six children.

Help Someone Home to Heaven

Garrett Kell is the author of Pure in Heart: Sexual Sin and the Promises of God. He also serves as pastor of Del Ray Baptist Church in Alexandria, Virginia. He is married to Carrie and they have six children.

Help Someone Home to Heaven

On November 17, 2018, John Chau paddled his kayak toward the beaches of North Sentinel Island. Two days prior, he had attempted contact with the secluded community, but was eventually chased away by flying arrows. Chau had spent years planning, praying, and preparing to bring the gospel to the Sentinelese people. He was certain God had called him to go.

Not long after Chau arrived on the island, onlooking fisherman saw a group of the islanders dragging his lifeless body to be buried.

John Piper once wrote of another missionary martyred in a hostile field, “The whole point of [his] life is that there is something worse than death. So, he was willing to risk his own life to rescue others from something far worse. And he could risk his own life because he knew his own risking and dying would work for him ‘an eternal weight of glory.’” John Chau took the same risk and paid the same price, with the same great hope.

The community’s history of violence is well-documented, and we may have some insight into why the people are so hostile to outsiders. In the 1880s, an English Royal Navy officer by the name of Maurice Vidal Portman made stops along the island chain to study the natives. He kidnapped six Sentinelese, an elderly couple and four children, which resulted in the couple quickly becoming sick and dying (“The Last Island of the Savages”). There are also less-substantiated reports of Portman’s treatment that are perverse and grievous. The injustice suffered by the Sentinelese people by outsiders does not excuse their vengeance, but may help us to better understand it.

What Are You Doing, God?

Questions have emerged about John Chau’s zeal, training, prudence, and legacy. But another, even more important question sits under the surface of such a tragedy: What is God doing in all of this?

How is God working to reveal his glory to the Sentinelese people? Could he bring them forgiveness for their murder and freedom from their own pain? How will he bring healing to the heartbreak of the Chau family? Could our God be using injustice, arrows, and a fallen missionary to make his reconciling grace known to the entire world?

God has done it before through a strikingly similar story. On November 20, 1839, missionaries John Williams and James Harris sailed toward the coast of a small island called Erromango in the New Hebrides (modern-day Vanuatu). They had been urged to avoid this island because the natives were rumored to be violent toward outsiders and even, on occasion, to cannibalize them. Williams and Harris, however, had seen God move on other islands, and believed he would continue his great work among these people.

They Prepared the Way

Though they knew the danger, they were unaware that the Erromango community had recently been provoked by an attack at the hands of outsiders. Weeks prior to their arrival, an Australian sandalwood trader had brutally murdered two boys, the sons of a local chief. As a result, the community had resolved to violently oppose any white-skinned outsiders (“Erromango: Cannibals and Missionaries on the Martyr Isle”).

Only minutes after stepping onto the shore, Williams and Harris were attacked with clubs, killed, and eaten by the islanders as part of a sacred ritual. Word quickly spread of their fate, and many accused the missionaries of foolish zeal and of imposing foreign standards upon unwilling communities living in “primitive bliss” (The Greatest Century of Missions, 83).

The mission of the men had ended, but God’s sovereignly guided story had just begun.

Roughly twenty years later, another missionary named John G. Paton set sail with his family to take the gospel to the people of Erromango. Moved with compassion for their souls, Paton was convinced that God was at work, even through the martyrdom of Williams and Harris.

This conviction proved true, as the Lord used Paton’s ministry to help many of the people of Vanuatu embrace the grace, healing, and forgiveness of Jesus. In his autobiography, Paton later wrote of his forerunners’ martyrdom, “Thus were the New Hebrides baptized with the blood of martyrs; and Christ thereby told the whole Christian world that He claimed these islands as His own” (John G. Paton, 75). To this day, faith in Christ is thriving on this island once filled with pain and anger.

Evidence of God’s enduring grace toward them was displayed in a reconciliation ceremony held on November 20, 2009. On the same beach where missionary John Williams was killed, some 170 years later, his great-great-grandson and seventeen other family members stood with the descendants of the islanders who killed him. The islanders gathered to ask forgiveness and celebrate the forgiveness and reconciliation that only Christ can bring. The president of the Republic of Vanuatu said, “Since we are a Christian nation it is very important that we have a reconciliation like this.” The BBC covered this story and produced a three-minute video that is well worth your time.

Forgiveness for All Peoples

As I have considered these events, I can’t help but wonder if God is doing something similar through the events of recent days. We know that God’s aim in history is to magnify his glory through the joy of all peoples in the Lord Jesus Christ.

Chau knew it too. Just hours before he died, he wrote in his journal, “I hope this isn’t one of my last notes but if it is ‘to God be the Glory.’” To God be the glory — among all the people groups in all the world. This is why Jesus left heaven’s glory to warn us of the coming judgment and to offer salvation to any who will believe (John 3:16–20).

But mankind, like the Sentinelese and Erromango peoples, did not receive the truth-bringing messenger (John 1:11–14). In fact, we so hated Jesus’s message that we tortured him to death through crucifixion (John 19:1–37). Yet the scandalous message of the Bible is that Jesus intentionally laid down his life for his people and rose from the dead to offer forgiveness and fullness of joy to all who believe in him.

Do It Again, God

We cannot know for sure what God is doing. But might he be stoking the hearts of his church with a fresh fire to reach the unreached peoples of the world? Could God be using the death of John Chau to stir the souls of more missionaries to take the good news of Jesus to the Sentinelese people? Could he be stirring you? Is it possible that God might be working to bring them the message of forgiveness for killing the missionary as well as healing from the injustice done to them generations ago? Could God be plotting a reunion of forgiveness in months, years, even centuries from now that will magnify his mercies before the world? Can you picture that moving ceremony on the shores of North Sentinel Island?

John Piper’s call from five years ago in the wake of another martyred missionary is just as relevant today: “I call thousands of you to take [their] place. Let the replacements flood the world. We do not seek death. We seek the everlasting joy of the world — including our enemies.”

God can spark a movement from a martyrdom. He’s done it before. Let’s pray he’s doing it again.