What Is the Mystery of Marriage?

The Most Beloved (and Misunderstood) Wedding Text 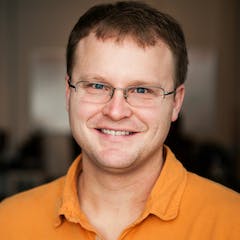 David Mathis is executive editor for desiringGod.org and pastor at Cities Church in Minneapolis/St. Paul. He is a husband, father of four, and author of Habits of Grace: Enjoying Jesus through the Spiritual Disciplines.

You Were Happy to Be Mom

Find a Purpose as Big as God’s

None of Your Pain Will Be Wasted

Focus on a Few Good Men

David Mathis is executive editor for desiringGod.org and pastor at Cities Church in Minneapolis/St. Paul. He is a husband, father of four, and author of Habits of Grace: Enjoying Jesus through the Spiritual Disciplines.

You Were Happy to Be Mom

Find a Purpose as Big as God’s

None of Your Pain Will Be Wasted

Focus on a Few Good Men

Ah, the mystery of marriage. What an enigma, that a young, energetic man would fall head over heels for a maiden. And what an even greater riddle, that she, mature and competent, would overlook his immaturities and join herself to him. At every good wedding, we perceive a glory that defies description, a beauty past finding out. We marvel at something we can’t quite understand or articulate. As an inspired wise man muses,

There is indeed a mysterious element to romance and marriage. Even the classic Christian text for husbands and wives, Ephesians 5:22–33, mentions “mystery.” However, the mystery here is not what we may be prone to think — and it’s a vital lesson for every marriage. If the “mystery” in Ephesians 5 is not the universal enigma of romance we often admire, then what is it?

Not a Secret to Keep

Mystery is a common word in the New Testament, and only rarely does it refer to what we might expect: something enduringly mysterious that remains puzzling or uncertain. Rather, mystery typically means what was hidden, concealed, or unclear in the past, but now has been revealed in light of Christ’s coming and his gospel. “Mystery” is not a secret to keep but truth to tell, and especially so for Paul who talks this way most.

How does God strengthen Christians? “According to the gospel” — or another way to say it: “according to the revelation of the mystery that was kept secret for long ages but has now been disclosed” (Romans 16:25–26). For “long ages” God “kept secret” his goal and intention in all history. Until “the fullness of time” (Galatians 4:4; Ephesians 1:10), God sent his own Son as the long-awaited Messiah, and climax of history, to reveal his purposes all along — the great secret of the universe.

In Colossians 1:26–27, Paul unpacks “the stewardship from God that was given to me for you.” What is it? “To make the word of God [the gospel] fully known, the mystery hidden for ages and generations but now revealed to his saints” (Colossians 1:25–26). Far from keeping secrets quiet, Paul wants Christians “to reach all the riches of full assurance of understanding and the knowledge of God’s mystery, which is Christ, in whom are hidden all the treasures of wisdom and knowledge” (Colossians 2:2–3).

But Paul says the most about mystery in Ephesians, which, of course, is where he says of marriage, “This mystery is profound” (Ephesians 5:32).

At the beginning of the letter, he says that in the gospel, God is “making known to us the mystery of his will, according to his purpose, which he set forth in Christ as a plan for the fullness of time” (Ephesians 1:9–10). And at the end, he asks for the Ephesians to pray for him, “that words may be given to me in opening my mouth boldly to proclaim the mystery of the gospel” (Ephesians 6:19).

Right in the middle, in Ephesians 3:1–12 (which sets the context for what he will say in chapter 5), he not only unveils God’s mystery through preaching, but also through penning letters. “When you read this,” he writes, “you can perceive my insight into the mystery of Christ, which was not made known to the sons of men in other generations as it has now been revealed to his holy apostles and prophets by the Spirit” (Ephesians 3:4–5). The essence of his ministry is “to bring to light for everyone what is the plan of the mystery hidden for ages in God, who created all things, so that through the church the manifold wisdom of God might now be made known to the rulers and authorities in the heavenly places” (Ephesians 3:9–10). God’s mystery: once hidden, now revealed.

Finally, then, when he writes in Ephesians 5:32, “This mystery is profound,” he’s not saying it’s too profound to understand or express. He’s not echoing the wonder of Proverbs 30:18–19 (“I do not understand . . . the way of a man with a virgin”). He’s not approaching a wedding-day enigma, but a great, clear, compelling truth to tell. His next words disclose what was once hidden related to human marriage: “I am saying that it refers to Christ and the church.” The mystery, long hidden, is now public: human marriage points to the God-man and his girl.

For millennia, humans the world over married and were given in marriage. Across cultures and societies, they felt a strange pull not just to procreate but to commit, though they didn’t know God’s deeper reason why. And even God’s covenant people, entrusted with his oracles (Romans 3:2), didn’t know why. There was indeed a great mystery to marriage. Why did God design the world this way? Why two sexes, and why one male and the other female? Why one called to lead, provide, protect, and shoulder final responsibility, with the other called to actively receive, beautify, and strengthen humble initiative and care? Why a dance of two complementaries, rather than just two of the same?

Did God simply make marriage what it is for no reason, some must have wondered, or is there an answer to the riddle? Is marriage pointing? Is there some deep magic that discloses a cosmic meaning? Paul empathized with the mystified, “This mystery is profound.” But in Christ, he now had found the key: “I am saying that it refers to Christ and the church.”

The mystery in particular is in the quotation from Genesis 2:24 in the previous verse: “A man shall leave his father and mother and hold fast to his wife, and the two shall become one flesh” (Ephesians 5:31). And we find here the same pattern we’ve seen elsewhere: a mystery in the past, now made known with the coming of Christ. God’s great secrets are out. And one of the best — Paul says, literally, “this mystery is great” — is marriage. One man, one woman, covenanted for life. Why did God do it this way? Why have a man leave father and mother and become one with his wife?

Joined to One Other

And don’t miss who does the joining. It’s a passive verb: “be joined.” Husband and wife don’t take the ultimate action to join each other together. Rather, they are joined together by another. Which is why, when Jesus quotes Genesis 2:24 (in Matthew 19:5), he makes the joiner explicit: “What God has joined together, let not man separate” (Matthew 19:6).

The now-solved mystery of marriage holds a lifetime of lessons for husbands and wives, but don’t miss the most vital one.

Yes, the world is deceiving us when it gives us the impression that marriage is an egalitarian partnership, a mere covenant friendship, in which each party bears equal loads — a union in which, ironically, we’re left to expect less of men (and make women more vulnerable). But the most vital lesson is that even the best husband is only a poor reflection of Jesus’s loving initiative, leadership, protection of, and provision for his church.

God joined our first parents in the garden, and men and women ever since, to point us — oh so imperfectly but truly — to the kind of love and care his Son would give his people. And Jesus doesn’t break his promises to us because we’re still sinful and inconsistent. He doesn’t disown those who are genuinely his because we fail him. Rather, he shoulders the final responsibility, and tirelessly serves us when we’re exhausted, and holds us up when our knees are weak. What good news it is that Christ is the husband of his church and not her egalitarian partner or mere friend. We are indeed his friends (John 15:15), but so much more. Together we are his wife. He gladly died for his church, and she gladly submits to the God-man.

And so a maiden who finds a man willing to die to himself for her good is not afraid of Paul’s shocking charge, “Wives, submit to your own husbands, as to the Lord” (Ephesians 5:22). In fact, she is a very wise woman who will have these words read at her wedding, because she knows the weighty charge that will follow: “Husbands, love your wives, as Christ loved the church and gave himself up for her” (Ephesians 5:25).