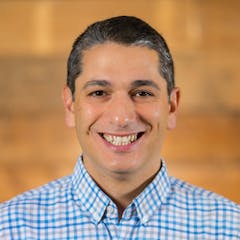 God’s Plan When Our Plans Fail

The Effects of Being Greatly Loved by God