The new Capitol Visitor Center in Washington, which is now where every visitor will arrive to see the nation’s Capitol, opened yesterday with 580,000 square feet of displays and $621,000,000 worth of history, but no God.

In what appears to be an intentional misrepresentation of the nation’s religious roots, visitors will enter the center reading a large engraving:

We have built no temple but the Capitol. We consult no common oracle but the Constitution.

This reminded me of the celebration of the goddess Reason in the Notre Dame Cathedral in Paris on November 10, 1792. There were some similarities between the American and French Revolutions. But that was not one of them. Reason was big here. But she was not yet God.

I was drawn to South Carolina Senator Jim DeMint’s comments because we both graduated from Wade Hampton High School five years apart. This is the Senator then and now. 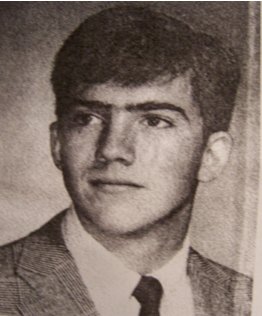 He quotes George Washington’s first inaugural address, not to prove that we are a Christian nation, but simply to show that the designers of the new visitor center have rewritten history in order to be politically correct.

…[I]t would be peculiarly improper to omit in this first official Act, my fervent supplications to that Almighty Being who rules over the Universe, who presides in the Councils of Nations, and whose providential aids can supply every human defect, that his benediction may consecrate to the liberties and happiness of the People of the United States, a Government instituted by themselves for these essential purposes: and may enable every instrument employed in its administration to execute with success, the functions allotted to his charge.

DeMint’s point is not Christian advocacy. The point is truth. Caring about that is one of the biggest differences between 1787, when our constitution was written, and now.