A Call to End Violence Against Women 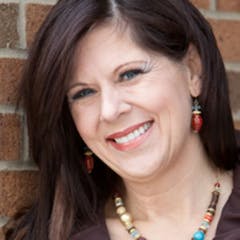 Four of us surrounded our friend, Sandra, when she came to church that morning. One woman gently embraced her, whispering truth in her ear. I knelt at her feet with a box of Kleenex, supplying her with fresh, dry tissues as she knurled the tear-drenched ones into balls. Two other friends flanked her like sentinels standing guard. The abuse was getting worse.

More than once, the police had been called. Church elders had promised Sandra money for lawyers, protection orders, accommodations, and anything else she might need. We had formulated a plan: Who to contact. Code words. Where we’d take her. What to do with the kids. We begged her not to go back that day. We could help her leave.

But Sandra refused. She insisted she wasn’t ready. Dismayed, I silently prayed that the next call would summon us to her aid, and not her funeral.

In a fit of uncontrolled rage, her husband had pulled the china cabinet over, sending glass exploding across the room. To further assuage his anger, he smashed a chair into splinters, and then, uttering expletives and threats, had stormed out the door. Sandra figured she had about two hours before he came back from the bar to resume his drunken tirade.

The police were on their way. Her second call was to her church contact, who dispatched several couples to her aid. As Sandra gave her statement to police, we cleared a path through the treacherous gleaming shards. The wives packed up clothes and toys. The husbands moved boxes and other belongings into waiting vehicles.

In just over 90 minutes, our friend was on her way to the shelter. This time, she left for good. Her physical wounds quickly healed. But it took years to heal from the severe emotional, psychological, and spiritual abuse her husband had inflicted.

The Problem of Violence Against Women

The United Nations (UN) International Day for the Elimination of Violence Against Women seeks to raise public awareness about the violence that occurs against women in all geographic regions and socioeconomic strata of the world. This day is observed each year on November 25.

Violence against women is a pervasive issue, and the women in our churches are not immune. Consider the following statistics taken from an extensive survey conducted by the National Center for Injury Prevention and Control, Division of Violence Prevention:

The statistics are staggering. Especially when one considers that these aren’t just numbers. These are our sisters, our mothers, our daughters, our granddaughters, and our friends. These are women you see at the grocery store, and those who sit in the pew next to you at church.

The recent sexual assault allegations against movie-producer Harvey Weinstein stunned Hollywood and have opened the floodgates for other allegations of sexual abuse. Prominent actors, writers, directors, journalists, editors, and news anchors continue to be outed. New allegations against other powerful men in various industries are reported seemingly every day.

Millions of women rallied behind the hashtag #MeToo, taking to Twitter to speak out against perpetrators, and sharing that they, too, had been abused. The outcry exposed the sheer magnitude of sexual harassment and other forms of violence that women suffer.

The Hollywood scandal merely exposed the tip of the iceberg. It didn’t even begin to address glaring worldwide horrors against women and girls, like female genital mutilation and cutting, honor killings, child brides, pornography, prostitution, and sex slavery.

The abuse and degradation of women is nothing new. As British actress and screenwriter Emma Thompson so aptly put it, “This has been part of our world — women’s world — since time immemorial.”

If there’s a point to be gleaned from the Harvey Weinstein debacle, it’s that abusers exist on both sides of the political and ideological spectrum.

Weinstein had presented himself as somewhat of a feminist champion for women. He threw a fundraiser for presidential nominee Hillary Clinton, supporting her quest to break the glass ceiling. At the Sundance Film Festival women’s march in Utah, he mixed in with the sea of pink knit hats, showing his solidarity with the women protesting powerful, lecherous, abusive right-wing men. Weinstein was also instrumental in endowing a faculty chair at Rutgers University that bears Gloria Steinem’s name.

Liberal media personalities posture themselves as bastions of male decency. They are quick to point fingers and condemn “evangelicals” and the “religious right” for being oppressive and abusive. The message that constantly blares from the airwaves is that right-wing ideology disrespects and tyrannizes women, while left-wing ideology respects and protects them.

When it comes to respecting women, Weinstein certainly knew how to talk the talk. But he obviously didn’t have the power to walk the walk. Despite the politically correct egalitarian ideology he spewed, he could not hide the wicked, lustful, predatory bent of his heart. And that, I think, is what Hollywood found most disturbing.

Correctly Diagnosing the Cause

In the 1960s, feminists proposed that the abuse and degradation of women was caused by patriarchy (from the Latin pater, father, and arche, rule). Essentially, women were the victims; men were the problem. Especially men who embraced Judeo-Christian ideology. Feminist theorists argued that the status of women would only improve when society toppled male power structures, levelled distinctions between the sexes, rejected a Judeo-Christian paradigm for marriage and morality, and put women equally in charge.

Having worked in the medical profession, I know that an effective course of treatment depends on an accurate diagnosis of the disease. Feminism identifies deplorable abuses against women. But its solution is skewed because it doesn’t correctly diagnose the root cause of this abuse. Ultimately, men aren’t the problem. Sin is. And sin is a malady that affects us all.

Contrary to what culture would have us believe, the church — as guardian and proclaimer of the gospel of Jesus Christ — holds the only real remedy for the evil of violence against women. For it is the only thing that can change the inclination of a sinful heart.

As a woman, I could share my own #MeToo stories. Like the time a pastor twice my age patronizingly patted me on my bottom. Or the times I’ve heard men who call themselves complementarians use Scripture to justify arrogant, selfish, domineering, sinful behavior. I could go on, but I won’t. Because on this International Day for the Elimination of Violence Against Women, I would like to make an appeal to my Christian brothers:

I would also like to make an appeal to my Christian sisters:

Sisters, do not respond to the current heightened attention on the terrible plight of women by becoming bitter, pointing fingers of blame at men, and adopting a victim mentality. Do not jump on the popular bandwagon of collective consciousness raising that presents ideas and solutions concocted by human wisdom. Let the word of God and sound doctrine be your heart’s anchor. Love your brothers. Respect them. Affirm them. Encourage them in their pursuit of godliness. Help your abused sisters. “Loose the bonds of wickedness, undo the straps of their yoke, help the oppressed go free.” (Isaiah 58:6)

The International Day for the Elimination of Violence Against Women shines a spotlight on the sins of men. But we are all sinners in need of a Savior. Yes, we need to expose the deeds of darkness and speak out against violence against women. But we must never forget that when it comes to sin, all of us could cite the hashtag #MeToo.