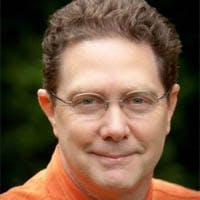 Ed Welch is a counselor and faculty member at The Christian Counseling and Education Foundation. He has been counseling for more than forty years and has written extensively on the topics of depression, fear, and addictions. He is the author of Created to Draw Near: Our Life as God's Royal Priests.

Back and Forth with God

Darkness Does and Will Descend

Ed Welch is a counselor and faculty member at The Christian Counseling and Education Foundation. He has been counseling for more than forty years and has written extensively on the topics of depression, fear, and addictions. He is the author of Created to Draw Near: Our Life as God's Royal Priests.

Back and Forth with God

Darkness Does and Will Descend

What does Bible counselor Ed Welch say to men addicted to pornography? A few years back I had a chance to sit down with him at CCEF, the Christian Counseling & Educational Foundation in Philadelphia. It was there that I asked Welch, the author of the book Addictions: A Banquet in the Grave, what he says in counseling men who are addicted to pornography.

Some of the things I might say would be this. It is so sad. It is so sad, because when we look at Genesis 1–3 I think we could argue that to be human is to be able to say no to temptations. That is identified as the pinnacle of humanness. This is what distinguishes humanity. Temptations will be presented to us. We say “no” to temptations.

So I am speaking to a man who has lost a certain sense of humanity. There is a sadness in that. One of the thing I might say would be, “This is so sad because you must have forgotten, or never known, who Jesus really is. You must have forgotten that he is the King of kings who knows all things in the secret places. There is no place that is private that he can’t see.”

If a person’s spouse or pastor was by them all that day, the person wouldn’t struggle with internet pornography. Given the right context, we can say no. If a person’s boss is around them the entire day, they are going to say no to alcohol even if they struggle with alcohol.

Perhaps a second thing I would ask is, How can I help? And I say that because I can think of dozens of ways to help, but I think one of the struggles I have had, or problems I have noticed, in my relationship with other men is I am the one doing all the work. At some point I say, “Okay, how about you? Do you want to change? Do you want to change? And, if so, how can I help?” I would be willing to do anything. If it is in the middle of the night and they want me to be there to somehow stand between them and their temptation, I would be delighted to do such a thing.

But I want the plan to come from them. If they are saying, “I want help,” but they can’t identify the nature of the help, I think I would find myself saying, “Let’s pray together. Let’s pray together and allow the Spirit to give you a battle plan. Because if you don’t have a battle plan, you haven’t truly started on this road of desiring to hate this rather than to love it.”