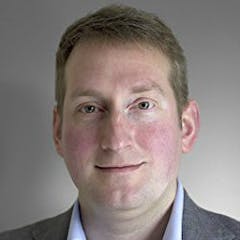 Sam Allberry is a pastor, apologist, and speaker. He is the author of Why Does God Care Who I Sleep With?

Original Sin Can Make Us Compassionate

I Trust Them with My Sins

Sam Allberry is a pastor, apologist, and speaker. He is the author of Why Does God Care Who I Sleep With?

Original Sin Can Make Us Compassionate

I Trust Them with My Sins

Today we’re joined by Sam Allberry, an author and speaker for Ravi Zacharias International Ministries, and a minister at St. Mary’s Maidenhead Anglican Church in the UK. He joins us today from his office in Oxford. Sam, we have much to discuss, so let’s dive in — right into the deep end really — into a big ongoing debate.

As we do so, I should say that this episode of APJ will be slightly different, because I want to use this opportunity to better understand an ongoing debate happening inside the church right now over same-sex attraction and orientation, and whether or not it’s appropriate to use the identifying label “gay Christian.” This episode is not an attempt to finally resolve that debate and all of its attendant issues. Nevertheless, Facebook and Twitter will likely blow up after this one by people who will want to resolve it all in a comment. My aim here is simply to raise the debate as it stands and to bring others up to speed with the tensions Christian brothers and sisters are struggling through. And to that end, we’ll look more closely at the orientation question in a moment.

First, Sam, explain to us what you mean by the phrase “same-sex attracted.”

These are some very big issues. I can only sketch out where I am on my own thinking on this. Certainly for me, the only romantic and sexual feelings I’ve ever experienced have been toward other men. That’s been a feature of my life since I’ve had those kinds of feelings.

So I’ve been trying to think through what is the best way of articulating that as a Christian for a while. Obviously, in our secular culture, the language people would typically and obviously use would be to say, “Well, I’m gay.” But in my own experience that kind of language tends to be used to express, not just a description of what kind of sexual feelings you have, but it tends (to me) to be someone’s identity. It’s an indication of who you are.

As a Christian, one of the key things for me is realizing that identity as Christians is not something that we discover in ourselves, nor is it something we create. It’s something we receive and are given by the only person who can know our actual identity, which is the God who made us. So my identity as a Christian comes from the fact that I’ve been created by God and redeemed by him through the saving work of Jesus.

“I want to use language that describes same-sex attraction as an aspect of my life, but doesn’t imply that this defines me.”

So this is where I need to have a different understanding than our culture. Our culture says, “You are your sexuality,” that the sexual feelings that you have are the most you — that is, the real you. For me, that’s just not the case. I want to use language that can describe an aspect of what is going on in my life, but which doesn’t imply that that is what defines me, or what is the center and heart of who I am.

The language of “same-sex attraction” perhaps is less familiar to people outside of Christian circles. It’s a bit more clunky. But I think it’s less prone to being misunderstood. I use it because I don’t want to imply that a particular set of sexual temptations is where I see who I am. It’s not the lens through which I understand myself. That’s why I tend to use the language of being same-sex attracted.

One potential downside of that is people can think I’m saying there is a neutrality to those attractions. I’m certainly not saying that. I’m not saying it’s the equivalent of being left-handed or having blond hair or something like that. All I’m saying is the particular form of sexual temptation I experience is this particular kind.

All of us are fallen in this area of life. All of us experience disordered desires that affect our sexual desires as well. So all of us are sexual sinners. Same-sex attraction is a particular way in which that fallenness works its way out in my life. So I tend to use that language.

I think no language is perfect on this issue. Whatever language you use is going to be misunderstood by someone. But I found this has been helpful for me.

Exceptions to the Rule

I have a couple other quick thoughts on that. One is that there have been times when the secular media have wanted to interview me about my own position on this. In some of those times, maybe three or four times, I have used the language of being gay simply because I’m either talking to someone in the secular world who is just not going to understand the language of same-sex attraction, or I’m talking to an unbelieving friend or something like that.

There are times when I felt I needed to use the language of being gay in order to have the conversation. Then I’ve immediately qualified what I meant by it. Some may say that’s an inappropriate thing to do. That’s just the way it’s landed. It’s not my preferred way of speaking. I see it as parallel to when Paul appeals to his Roman citizenship. It’s something that opens a door for his ministry. But it’s certainly not how he sees himself.

I think the other thing just to say on that is that I think there’s a difference between language as a starting point and language as an intended destination.

“All of us experience disordered sexual desires. So all of us are sexual sinners.”

I think people who come to faith from the LGBT+ community are going to instinctively say, “I’m a gay Christian.” I think that’s a very understandable starting point. It wouldn’t be where I’d want them to finally land in terms of the language they use. But I wouldn’t want to jump up and down on a new or young Christian just for using that language as if it’s only, ever, always wrong. They may just not have had a chance to think that kind of thing through yet.

Interesting. Now let’s transition to the question over whether homosexual desires are merely temptations, or whether same-sex attraction itself, as an orientation, is sinful. I think it’s rather easy to agree that a heterosexual man who commits adultery with a woman has sinned — they both have. We get that. A homosexual man, acting on that impulse with another man, has sinned — they both have.

But then when you work this back one more level, to what is commonly called “orientation,” then the heterosexual man who is attracted to women generally is not sinning, but a homosexual man attracted to men generally remains in a state of sin. Or does he? That’s the debate among Christians. How do you process this debate at orientation level?

I’m not sure the language of orientation always serves us well. It’s a very secular concept. I think it’s limited. It implies a fixity that I’m not sure is always the case with our sexual feelings. Just calling it an orientation implies that it’s the vantage point from which you see the world. There it is again. It’s implying it’s central to who you are.

Where the Battle Begins

However, we do need some kind of language to describe the general shape of our feelings and our temptations. So it’s good to have some way of describing that.

“People who are experiencing same-sex temptation should not feel like monsters compared to people with heterosexual temptations.”

I think there are two things we need to distinguish between. I think often when people talk about acting on desires, they often are meaning physically acting on those desires. As you’ve just alluded to, Jesus makes it very clear that it’s our hearts and our attitudes as much as our actual physical behavior that we need to think through.

You don’t have to act on something physically for it to be sinful. So that tells me that sexual sin needs to be fought in our hearts and minds. It’s not enough to be not physically acting on it if we’re mentally acting on it. In fact, we’re not going to be likely to physically resist a sin if we’ve been mentally rehearsing for it.

People often say, “It’s okay provided you don’t act on it.” I want to say, “Yes, kind of, as long as we’re including mental acts in our language of ‘acting on it.’”

I think the other thing we need to remember is there is a distinction between temptation and sin. We see that in the Bible in the Lord’s prayer. We need to be delivered from our temptations, but we need to be forgiven for our sins.

James reminds us that temptation gives birth to sin (James 1:15). It’s not itself sin. So the two are not the same thing. When we’re tempted, we need to flee temptation and to stand faithfully underneath it. I take it that it’s possible, therefore, to be tempted without sinning.

We’re not told that as we grow as Christians temptations will just disappear from life. We are promised that God will enable us to stand under temptation. I want to say that the presence of temptation is not itself a sin.

James tells me that when I experience temptation, I shouldn’t blame God. I shouldn’t say, “Well that’s God’s fault that I’m tempted in this way.” I need to recognize the ways in which my own temptations are a reflection my fallen nature. They come from my own desires.

But I don’t think it’s right to say that having the capacity to be tempted is itself a sin. It’s a sign of our fallenness, but I want to repent of the ways I sinfully respond to temptation. I want to flee temptation itself. Otherwise, you’re saying to somebody, “Even if you’re not sinning, you’re still sinning, just because you’ve got the capacity to be tempted in a certain way.”

Thank you, Sam. I appreciate your willingness to dive into the deep end of this debate. It doesn’t resolve everything, but it’s a helpful conversation.

What Is the Lord’s Supper?

This is a family meal ordained by Jesus Christ himself, meant to be enjoyed by his gathered church, in order to remember him and nourish our souls.