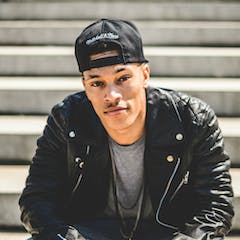 Trip Lee May 22, 2015
More by this author
Interview with
Trip Lee
Close

Trip, as you know, on-screen, explicit sexuality is simply engrained into pop culture. I’m thinking especially of a popular television series like Game of Thrones, but this is also true of movies — not even to mention the accessibility of explicit pornography. So what would you say to Christians who are willing to watch on-screen nudity in an attempt to be “culturally relevant”?

Not a Risk Worth Taking

You don’t even have to try right now to see ridiculously sexually explicit things. It really is everywhere. There are shows my wife and I started to watch and we loved, and there was one that just the writing was brilliant, and all the little strange things we like about TV shows. But we had to stop because of just explicit sex, and it seemed to be glorifying adultery.

And there were reasons that we felt like we had to stop because the stuff that we take in is really not harmless. It really can harm our souls. It can provoke lust in our hearts and desires in our hearts. And that can lead to even kind of more explicit things. And so for me when I think about pop culture and explicit sexuality, it is just not a risk worth taking. I just don’t want to leave space for that in my life. I want to make sure I don’t have space to take those kinds of risks.

And as far as how it works in with our relevance, relevance is a really good thing, and understanding pop culture is a really good thing. But neither of those things are more important than your soul itself. And so we are fooling ourselves if we think that seeing an episode of a TV show or seeing a movie is more important for reaching people than our own personal purity or devotion to God. Your holiness is more important to your ministry than your pop-culture knowledge. A holy life is going to say a lot more about Christ than anecdotes from a popular TV show or quoting this thing from this episode.

If anyone cleanses himself from what is dishonorable, he will be a vessel for honorable use, set apart as holy, useful to the master of the house, ready for every good work.

That holiness and set-apartness to be useful for God is a very real thing. And so it is good to be relevant. I like to keep up with pop culture, and I can even think of ways, even as I wrote the book Rise, where I pointed to pop culture, and I think it strengthened my argument. And so, I am not in any way saying that doesn’t matter. But our souls are far more important, and it is just not a risk worth us taking. So I would encourage us not to do that and to find other ways to try to be relevant.

Turn Down the Noise and Listen to Jesus

If we’re going to listen to Jesus and not drift away from him, we likely will need to turn down the noises that capture so much of our attention.