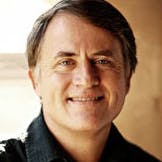 Randy Alcorn joins us one last time for Heaven Week, filling in for John Piper. Randy, I have one last question for you — for now at least. We know the human body changes radically from conception to age ninety. So at what stage in bodily progression will our resurrected bodies appear? We are told there will be children in heaven. Will there be elderly folks? Will there be a range of age appearances? Will we appear the age in which we died (like Jesus, apparently) — or younger or older? Or will everyone appear to be 25 years old, in the prime of life?

“As Jesus looked like the Jesus that he was, we will look like the people that we were.”

This is another one of those areas where we have to speculate. We don’t have the direct biblical teaching on this, but we do have the direct biblical teaching of having real, actual human bodies as created by God, not subject to sin and death and suffering. We have the continuity of the appearance so that we would assume that as Jesus looked like the Jesus that he was, we will look like the people that we were. You will look like Tony. I will look like Randy. We will be able to recognize each other, and all of that.

But I think, in terms of the challenge of when an elderly person dies — will that person look elderly? — we would assume not, because there is a peak of physical vitality in this life (and whatever that age is, I know I am past it).

But maybe it was the twenties. I don’t know. We still have the benefits of having many good things about us that we develop more with age, but physically there is the passing of a peak. And this is why, historically, many theologians speculated — it was all speculation, I guess you would have to say — that it was perhaps the age of Jesus when he died — you know, our perfect Savior — and often believing that he died either at age 30 or age 33, depending on different perspectives. And Peter Lombard argued that idea, a medieval theologian.

Thomas Aquinas made the same arguments: that Christ when he died was 33, and therefore we will all be 33 in the resurrection. Well, I am not sure you can totally fall for that logic, but it is a great thought. It is a great idea and it is certainly possible. And I think that one of the interesting dynamics of what age we will be in heaven comes from an understanding of all the research that has been done on DNA. If our resurrected bodies have DNA, DNA could actually be a means that God uses (of course, he doesn’t need to use a means). When they found the DNA of these Egyptian Pharaohs that are thousands of years old, it is actual DNA, and if we had the ability to reconstruct a person, a clone, that itself, I think, suggests that there could be a continuity between us at our peaks.

So, in the resurrection, the older person becomes a younger person again, but in a body without suffering. However, what about those who have never reached that peak? What about children who died? Well, we do have those passages in Isaiah 11 and Isaiah 65 that clearly have some children on the new earth. And so I think one possibility with that is they could be resurrected at the age they were when they died. If that is the case then God would not fast forward. He would not skip any stage. And I think in some ways that would almost make sense that there would not be a skipping of stages, but that they as children could literally grow up on the new earth.

“Maybe you will be able to be there with your child as he or she grows up on the new earth without threat of death, harm, or abuse.”

Now, if that is the case — and that is speculation — to me it would fit beautifully with Luke 6 and other passages where God brings comfort to the mourners in the sense of you have been through this, but I will compensate in the world to come in the resurrection. You have experienced mourning. I will give you laughter. You were deprived of raising a child who died at a young age. Maybe you will be able to be there with your child as he or she grows up on the new earth without threat of death, harm, abuse or anything else. I just believe it would be just like our God to perhaps do that. And then the rejoicing in contrast to the loss and the misery and the suffering on earth will be celebrated for all eternity because everybody will know: You know what? I loved raising my kids on the old earth, but, wow, to have grown up here!