Last December, I did what almost all of you did. I went and watched The Two Towers, the second in the trilogy of “The Lord of the Rings.” I was stunned by the sequence of events with big, great, triumphant walking trees and boulders being lobbed out of the castle and smashing the Saruman hordes to pieces, Legolas skateboarding down the castle, shooting his bow as he went, and the great, perfect white horse arrival, charging into the hordes of Saruman. I loved it. It was my anniversary — number 34. We went out to dinner afterwards.

“If you’re going to be amazed at cinematography, look around or get a telescope.”

I said to Noël, “You know what I like about that movie most? It made me admire and tremble at Jesus Christ more.” She said, “Why is that?” I said, “Because as I sat there watching, I thought even if these events were true, they took place on earth or middle earth, and earth is a small planet in a solar system about seven billion miles across. The solar system is just a small little system in the Milky Way Galaxy, which is about six hundred thousand trillion miles across. The galaxy that we live in is a modest or relatively large-sized galaxy in a universe that probably has about one hundred million such galaxies in it. Jesus Christ put this in place with the flick of his little finger.”

Next time you sit in a theater and you’re amazed, do some translation. Let your heart tremble at what is really big, what is really amazing: Jesus Christ. “In the beginning was the Word, and the Word was with God, and the Word was God. . . . All things were made through him, and without him was not any thing made that was made” (John 1:1, 3). He flung it out with the flick of his little finger.

If you’re going to be amazed at cinematography, look around or get a telescope. 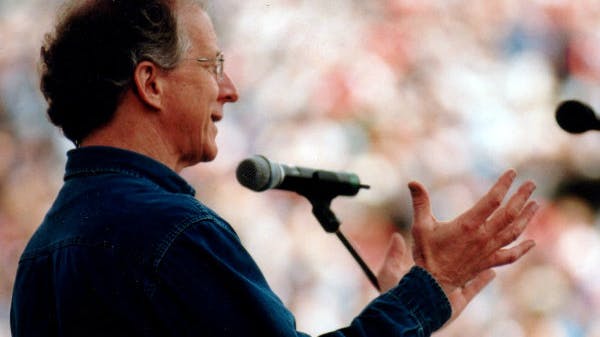 A Generation Passionate for God’s Holiness