This is a story about a king, with a lesson for kings and presidents just as valid today as it was twenty-five centuries ago. But it’s also a story about every one of us. One way or the other we must learn this lesson or we will perish. And if we learn it, we are in for the greatest joys in the universe.

So what I would like to do is look at your story and mine in this text first, and then look and its relevance for Mr. Bush and Mr. Dukakis and the future of our nation.

From Pride of Self to Praise of God

What Daniel describes in this story is the pathway of a man from the pride of self to the praise of God through the valley of humiliation. And that’s a pathway that every person in the world must walk if he wants to get to heaven and have eternal life.

That is bad news because God hates pride (Proverbs 8:13). In Isaiah 2:11 God said, “The haughty looks of man shall be brought low, and the pride of men shall be humbled; and the Lord alone will be exalted in that day.” God hates pride. But God also loves proud sinners. That’s why he sent his Son into the world to save us from the power and the penalty of our pride. So Jesus says in Matthew 18:4,

Jesus came into the world to convert people from God-like dependence on self to child-like dependence on God. And then he died to pay the penalty for our pride and to show us the way of humility and to send all our boasting toward God and not toward ourselves.

So God has provided a path that leads from pride to the kingdom of heaven and to eternal life. That’s what the Bible is all about. That’s what this story in Daniel 4 is about, and I want us to walk it together this morning.

It has three stages: it starts with the pride of self and leads through the valley of humiliation to the praise of God. Let’s look at these three stages in the story of Nebuchadnezzar, king of Babylon.

1. The Pride of Self

We are in the early 500s BC in Babylon where the Jews had been taken into captivity. Nebuchadnezzar is king of a great empire and he knows it. His heart swells with pride. This is stage one in the path. It’s where we all start. Let’s look at it carefully in verse 30:

And the king said, “Is not this great Babylon, which I have built by my mighty power as a royal residence and for the glory of my majesty?”

Can we learn from these words what the nature of pride is? I think so. We can see at least two parts to pride. One is found in the word “by” and the other in the word “for.”

First, he says (verse 30), “Is not this great Babylon, which I have built by my mighty power.” Then he says that he built it “for the glory of my majesty.” By my power and for my glory! That is the lub-dub in the heartbeat of pride.

“By my mighty power” means: I love to think of myself as the cause and origin and controller and source of all my greatness. When I see what I have built, I love to savor the fact that my intelligence and my initiative and my power were the cause of this greatness. It came from me and through me. So pride gets its pleasure from being independent, and self-determining and self-sufficient. “By my mighty power I have built this great Babylon.”

Then Nebuchadnezzar adds, “For the glory of my majesty!” “I have built this great Babylon by my power and for my glory.” In other words, pride is driven by desire for the glory that men ascribe to human achievements. Pride loves to think of itself as the source of great achievement and the recipient of great praise. The origin of great achievement (by my power!) and the recipient of great praise (for my glory!). So I think we’ve got here the essence of pride: the enjoyment of self-sufficiency rather than God-sufficiency and the enjoyment of self-exaltation rather than God-exaltation.

Now don’t make the mistake of saying to yourself right now, “Well pride is surely not my problem, because I’m a loser. I don’t feel self-sufficient at all. And I don’t expect anybody to exalt me because I am so ugly or unintelligent or weak. So pride is not my problem.”

Be very careful here and now. Don’t let Satan trick you. I did not say that pride was the achievement of self-sufficiency or the achievement of self-exaltation. I said that pride is the enjoyment of them, the delight in them, the desire for them. You may see your life as a total failure and feel crushed by this morning and still have pride as the driving force of your life. The very pain you feel at being a failure may be owing to the desperateness of your desire to look successful and to taste the glory of human praise.

One person may go to a party and brag and boast and draw attention to himself and his achievements. Another person may go to the same party and be so fearful and insecure that he hides in corners and tries to avoid people. And both of these persons may be driven by the unbelief of pride. The strong person doesn’t believe the grace of God is needed; the weak person doesn’t believe the grace of God is sufficient. And since God is not their portion, man is — the longed-for esteem and praise of man. One person, fearful that he won’t get it, hides. Another person, hopeful that he will get it, brags. Same disease, different symptoms. And all of us have it.

“By my power and for my glory I have built this great Babylon!” The first stage of our journey is pride.

2. The Valley of Humiliation

The second stage, by the grace of God, is the valley of humiliation. And don’t miss that word grace! God bends our stiff necks and pushes our face to the ground because that’s where the streams of life are flowing. Verse 31:

While the words were still in the king’s mouth, there fell a voice from heaven, “O King Nebuchadnezzar, to you it is spoken: The kingdom has departed from you, and you shall be driven from among men, and your dwelling shall be with the beasts of the field; and you shall be made to eat grass like an ox.”

I call this the valley of humiliation because it is a long way down from being the king of Babylon to being a beast in the field. The reason God made Nebuchadnezzar act like an ox that eats grass, with hair as long as eagles wings and nails like a bird’s claws — the reason he did that was to show us the bestiality of pride. When man tries to become like God, he becomes like an animal. Pride puts man in a class with the beasts of the field. That’s the point of Nebuchadnezzar’s insanity.

So I urge you, if you have never been there, to go to the valley of humiliation. Let yourself feel the insanity and bestiality of pride. And when you have tasted the bitter grass of that field, come with me to the final stage our journey.

3. The Praise of God

The pathway to life leads from the pride of self through the valley of humiliation to the praise of God. Verse 34:

At the end of the days I, Nebuchadnezzar, lifted my eyes to heaven, and my reason returned to me, and I blessed the Most High, and praised and honored him who lives forever.

What is the biblical opposite of pride? This text teaches that the opposite of pride in man’s strength is praise for God’s sovereignty. This is what Nebuchadnezzar sings about when his sanity returns. Verse 34b–35:

This is Nebuchadnezzar talking here! This is what the valley of humiliation is for. The opposite of bestial pride is a song of praise to the sovereignty of God.

Two great revolutions take place as you come out of the valley of humiliation on the way from the pride of man to the praise of God.

One is an intellectual revolution, a revolution in the way you think about God. It is described in verse 32b. The voice from heaven says that Nebuchadnezzar will eat grass like an ox “until you have learned [know, acknowledge] that the Most High rules the kingdom of men and gives it to whom he will.” The biblical way out of the valley of humiliation is a revolutionary change in the way we think about God. The truth that God rules the kingdom of men must grip your mind, and the sovereignty of his will must become the deep solid foundation of all you thinking.

I hope that’s the story of your journey this morning. It’s the only journey that leads to heaven. Three stages: from the pride of man through the valley of humiliation to the praise of God. Wherever you are on the road, take another step toward God and away from pride.

An Application to the Coming Election

I close with a simple application of the text to the election. One simple and awesome truth: God will choose the President of the United States. Verse 32b:

The Most High rules the kingdom of men,
and gives it to whom he will.

God will give the presidency to whom he will. Now there are two things this does not mean:

God will choose the president. And there are two things that this does mean:

His purposes will ripen fast
Unfolding every hour;
The bud may have a bitter taste,
But sweet will be the flower.

Blind unbelief is sure to err,
And scan his work in vain;
God is his own interpreter,
And he will make it plain. 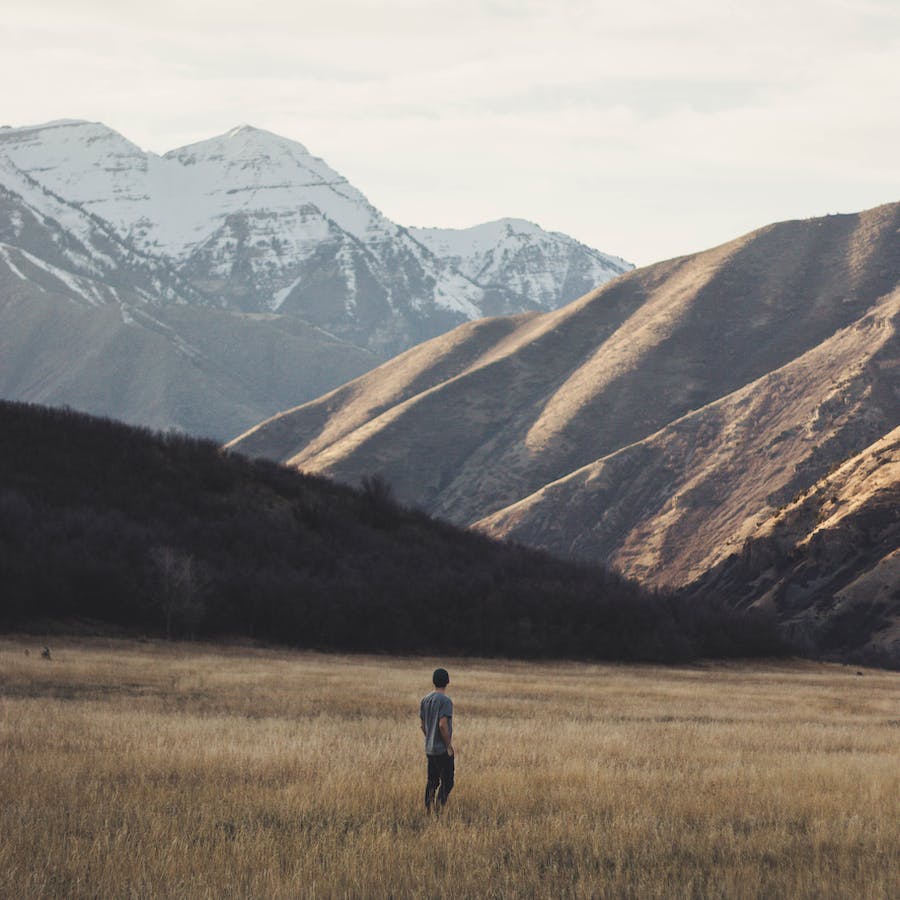 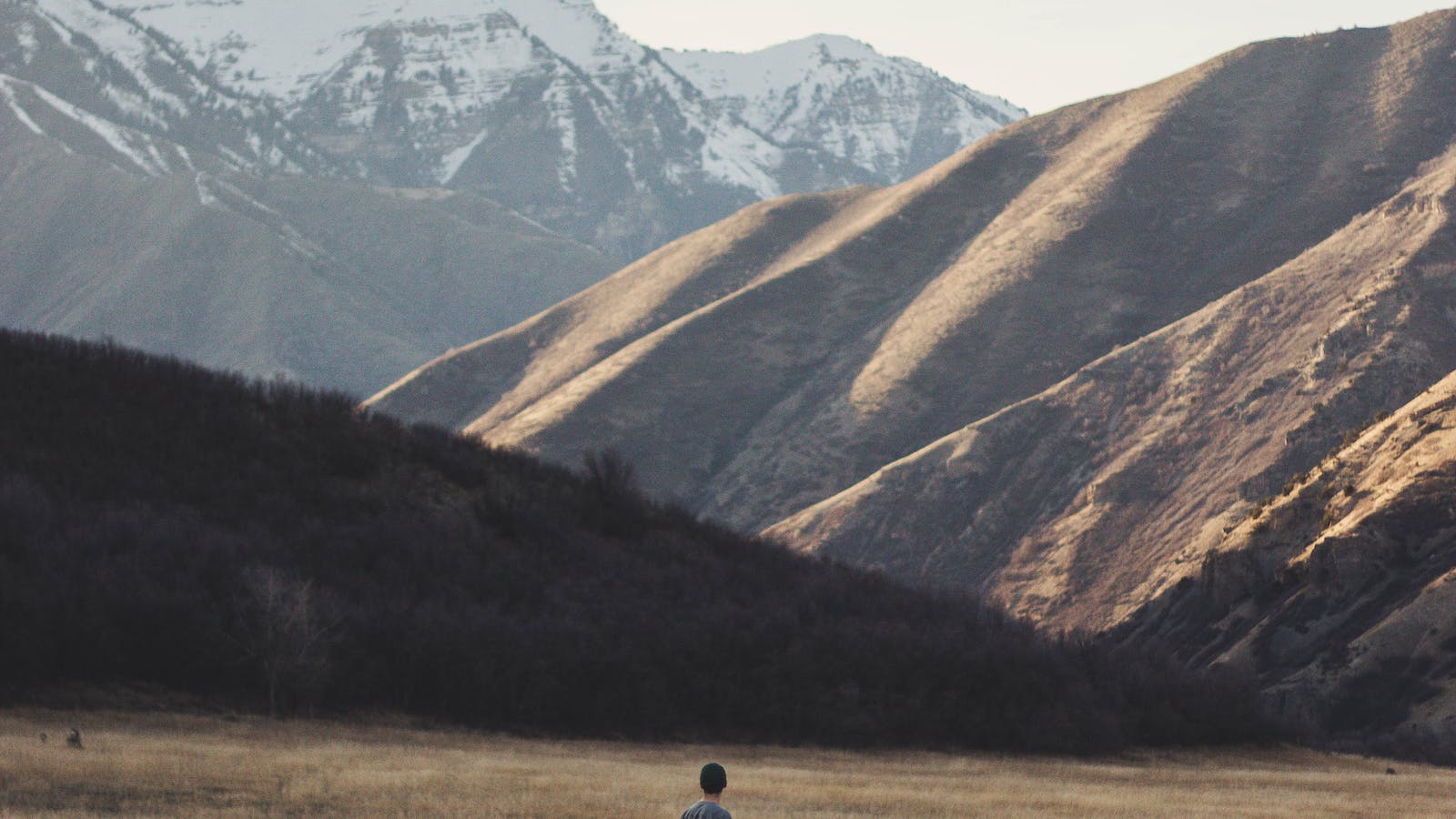 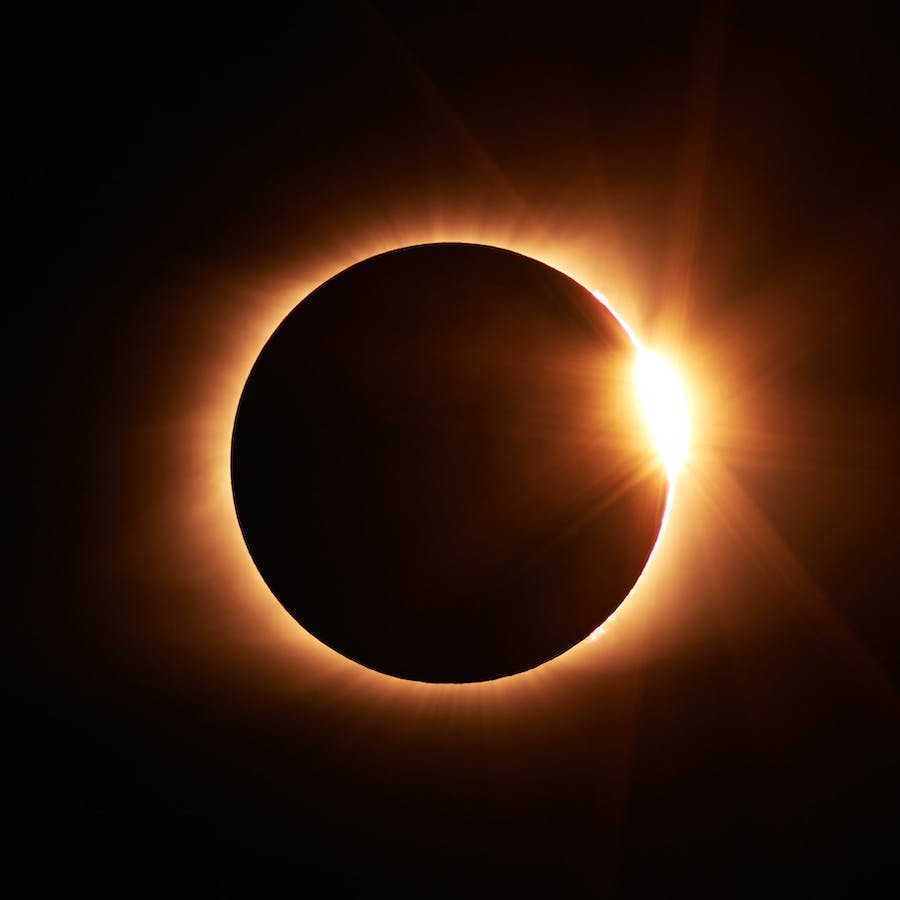 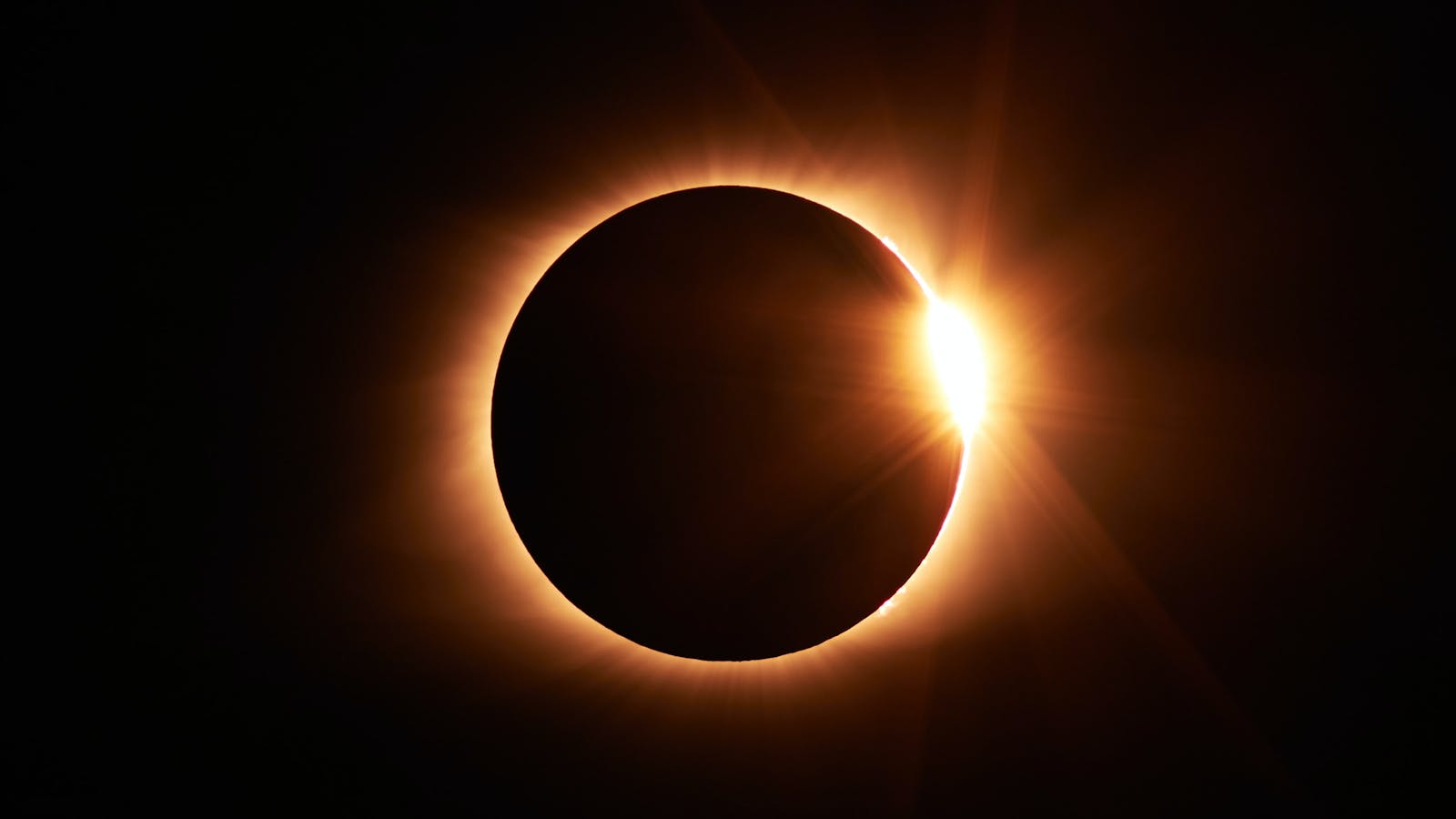 The First and Most Broken Commandment

Today as much as ever, the godly life is a daily battle to hear and heed the first commandment: “You shall have no other gods before me.”