You don’t have to know a lot of things for your life to make a lasting difference in the world. But you do have to know the few great things that matter, and then be willing to live for them and die for them. The people that make a durable difference in the world are not the people who have mastered many things, but who have been mastered by a few great things.

“To make a difference in the world, you just have to know a few great, unchanging, simple, glorious things, and be set on fire by them.”

But I know that not everybody in this crowd wants their life to make a difference. There are hundreds of you — you don’t care whether you make a lasting difference for something great, you just want people to like you. If people would just like you, you’d be satisfied. Or if you could just have a good job with a good wife and a couple good kids and a nice car and long weekends and a few good friends, a fun retirement, and quick and easy death and no hell — if you could have that, you’d be satisfied even without God.

That is a tragedy in the making.

Three weeks ago, we got word at our church that Ruby Eliason and Laura Edwards had both been killed in Cameroon. Ruby was over eighty. Single all her life, she poured it out for one great thing: to make Jesus Christ known among the unreached, the poor, and the sick. Laura was a widow, a medical doctor, pushing eighty years old, and serving at Ruby’s side in Cameroon.

The brakes give way, over the cliff they go, and they’re gone — killed instantly.

And I asked my people: was that a tragedy? Two lives, driven by one great vision, spent in unheralded service to the perishing poor for the glory of Jesus Christ — two decades after almost all their American counterparts have retired to throw their lives away on trifles in Florida or New Mexico. No. That is not a tragedy. That is a glory.

I tell you what a tragedy is. I’ll read to you from Reader’s Digest what a tragedy is. “Bob and Penny . . . took early retirement from their jobs in the Northeast five years ago when he was 59 and she was 51. Now they live in Punta Gorda, Florida, where they cruise on their thirty foot trawler, playing softball and collecting shells.”

That’s a tragedy. And people today are spending billions of dollars to persuade you to embrace that tragic dream. And I get forty minutes to plead with you: don’t buy it. With all my heart I plead with you: don’t buy that dream. The American Dream: a nice house, a nice car, a nice job, a nice family, a nice retirement, collecting shells as the last chapter before you stand before the Creator of the universe to give an account of what you did: “Here it is Lord — my shell collection! And I’ve got a nice swing, and look at my boat!” 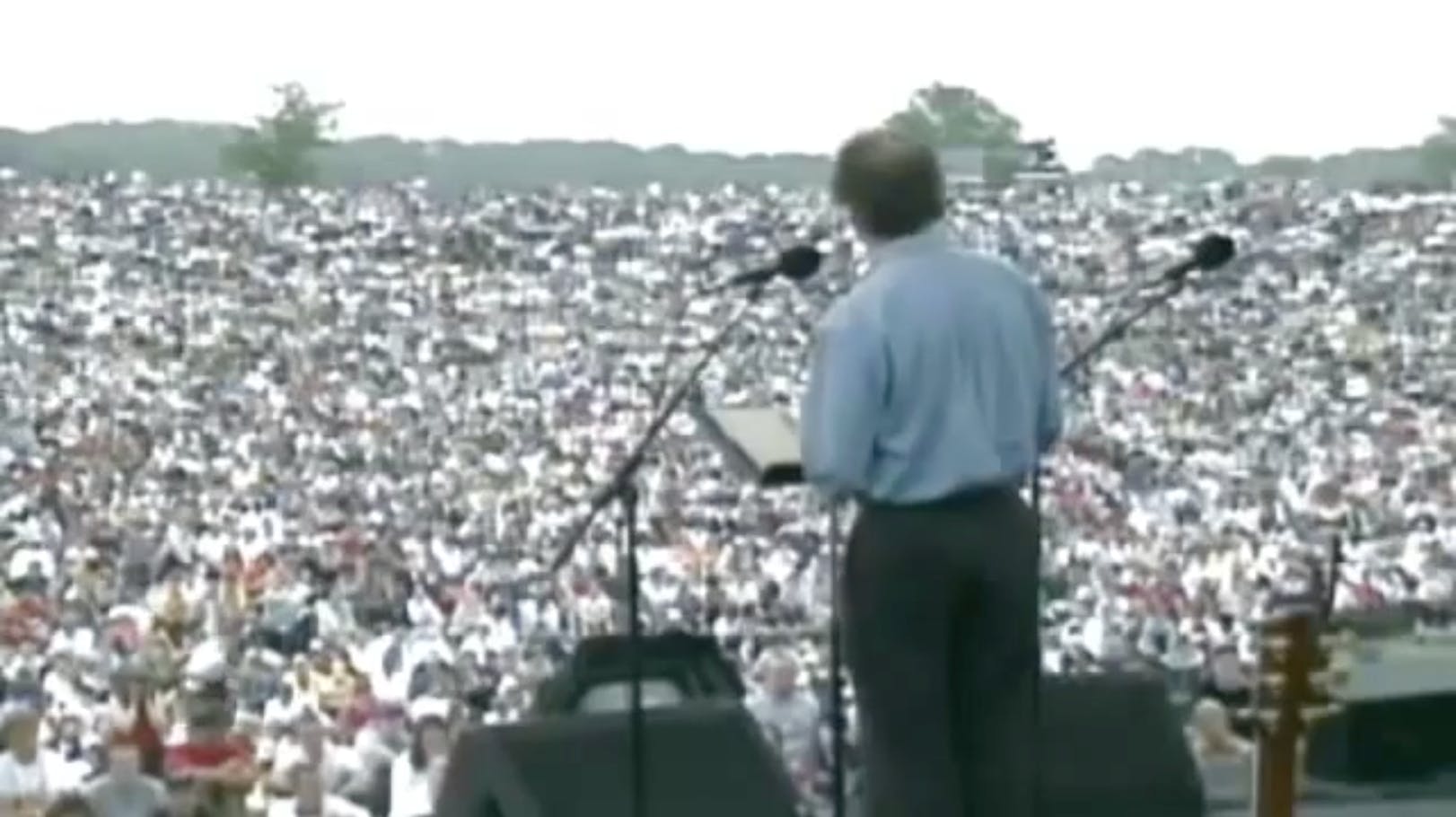 Boasting Only in the Cross

Distractions take us away from more important work. Interruptions can be fresh callings from God. How do we tell the difference?

The God Who Dwarfs Big Tech