Every Letter Kills, Including Shakespeare

One of my hopes for Bethlehem College & Seminary is that the education received here will implant a lifelong habit of mind that pushes through the wording of biblical texts, first, to the reality the author consciously intends to communicate, and then further in and further down into the deeper reality where that immediate intention is rooted.

Let me try to say it another way, and then I’ll illustrate from a biblical text and relate it to Shakespeare and the coronavirus pandemic.

Since God is the ultimate author of the Bible — the author behind the authors, carrying them along as Peter says (2 Peter 1:21) — therefore, all biblical meaning is rooted in God’s view of reality. Which carries the added implication that all biblical meaning is rooted in ultimate reality — God’s reality: who God is, the way he relates to things, and the way things really are.

Therefore, when we say that at Bethlehem College & Seminary, we read the great books in the light of the Greatest Book, more is going on than meets the eye.

So, let me illustrate this habit of mind with a biblical text — the last part of 2 Corinthians 3:6. Here’s the context (verses 5–6):

Not that we are sufficient in ourselves to claim anything as coming from us, but our sufficiency is from God, who has made us sufficient to be ministers of a new covenant, not of the letter but of the Spirit. For the letter kills, but the Spirit gives life.

In the next verse (7), he refers to “letters on stone,” and in verse 3, he refers to “tablets of stone.” So, Paul is referring to the Mosaic law — specifically, the Ten Commandments, delivered on “tablets of stone” on Mount Sinai. That’s the most immediate meaning of the letter when he says, “The letter kills.” It’s similar to Romans 7:10: “The very commandment that promised life proved to be death to me.” So, the letter — that is, the commandment written in stone — kills.

And when he says, “But the Spirit gives life,” he has in mind the work of the Spirit of God doing in the human heart what the new covenant promised.

So, “the Spirit gives life” means: What letters on stone cannot do, the Spirit, working in the heart, can do — namely, give life: spiritual life, eternal life.

You could shut your Bible at this point, and preach your sermon, or teach your lesson, or live your life. And the point would be: Don’t turn Christianity into a mere list of rules — whether the Ten Commandments or any other list. Because without the work of the Holy Spirit, commandments and rules kill! That is, they meet a self-sufficient heart and produce either self-exalting rebellion by rejecting the rules, or self-satisfied moral achievement by keeping the rules — in either case: death. The letter kills. The Spirit gives life. That’s your sermon, or your lesson, and that is exactly right. That’s a faithful rendering of the text.

And you can stop there and sleep well.

Or you can go to Bethlehem College & Seminary. And you can form the lifelong habit of pressing into, and then through, that immediate, intended reality further in and further down into God’s deeper root reality.

And the most effective way I know of to do this is by relentlessly asking and answering questions. Like: Why does Paul use the term “letter” (gramma) instead of using the word “law” or “commandment”? Why not say “the law kills,” or “the commandment kills”? Why choose a word that refers to a tiny building block of all words and all verbal meaning?

I think the answer to the first question (Why say, “the letter kills,” instead of saying, “the law kills”?) is that Paul knows it’s not just the law that kills. He said “the letter kills.” He chose the basic building block of words that make sentences, and then Greek plays, and philosophy treatises, and Shakespeare, and books about coronavirus, and sermons preached by apostles. They’re all made of letters. And they all kill.

To which you might say, “Whoa, that’s going too far. Now you’ve turned the text on its head, if you are going to say that the gospel that the apostles preach kills!”

To which I respond, what about nine verses earlier where Paul says,

In other words, some people smell the aroma of the gospel as a toxic stumbling block and noxious foolishness (1 Corinthians 1:23). And they die. The gospel itself becomes for them “a fragrance from death to death.” It meets a dead heart, and it leads to death.

Only the Holy Spirit Animates

Which brings us to the second question: What does the Spirit actually do so that the letter does not kill? How does the Spirit turn a murdering letter into a means of Spirit-given life?

As Paul’s argument continues, he gives the answer in 2 Corinthians 4:4–6: The Spirit takes away the deadly blindness of the heart so that the eyes of the heart can see and treasure the letter as it really is in its true relationship to ultimate reality — to the glory of Christ, and God, and the cross and faith, and God’s revealed purposes in the world.

Now, when we have pressed into the meaning of a text like 2 Corinthians 3:6 (“The letter kills, but the Spirit gives life”), and when we have pressed through its meaning down into ultimate, root realities, we begin to see the vastness of the educational implications of the lifelong habit of mind that pushes down into deeper realities beneath biblical texts like this.

I close with two examples of such implications: Shakespeare and the coronavirus.

All Shakespearean drama is composed of letters, 26 letters, combined into words and sentences and scenes and acts. And everything you read and hear about the coronavirus — whether scientific, or news reports, or books like Coronavirus and Christ — they are all composed of letters, 26 letters, forming words and sentences and paragraphs. Deadly paragraphs. Deadly Shakespearean sentences. Deadly daily news. Deadly Reformed theology. Because the letter kills. It always kills. It only kills. No matter who writes it. Whether God on stone, or Paul on parchment, or Shakespeare on paper, or Piper on a computer. The letter kills — always kills.

Unless the Spirit gives life.

If the Holy Spirit removes the deadly blindness of the human heart and brings the letter of Shakespeare and the letter of the coronavirus into their true relationship with the ultimate reality of God, and the glory of Christ, and the work of salvation, and the obedience of faith, and the ultimate purposes of God in history, then even a Shakespearean drama or a shattering disease can become a worship-producing prism through which the glory of God shines uniquely.

You have spent years with us at Bethlehem College & Seminary forming this lifelong habit of mind — the habit of pressing into and through the meaning of biblical texts, further down into the ultimate, root realities that are connected to everything — everything!

And so, my prayer for you is that you might live by the Spirit, and that the eyes of your hearts would be enlightened to see every letter — in the law, in the gospel, in Shakespeare, in the coronavirus — every letter in its true relationship to God in Christ, producing never-ending worship. Amen. 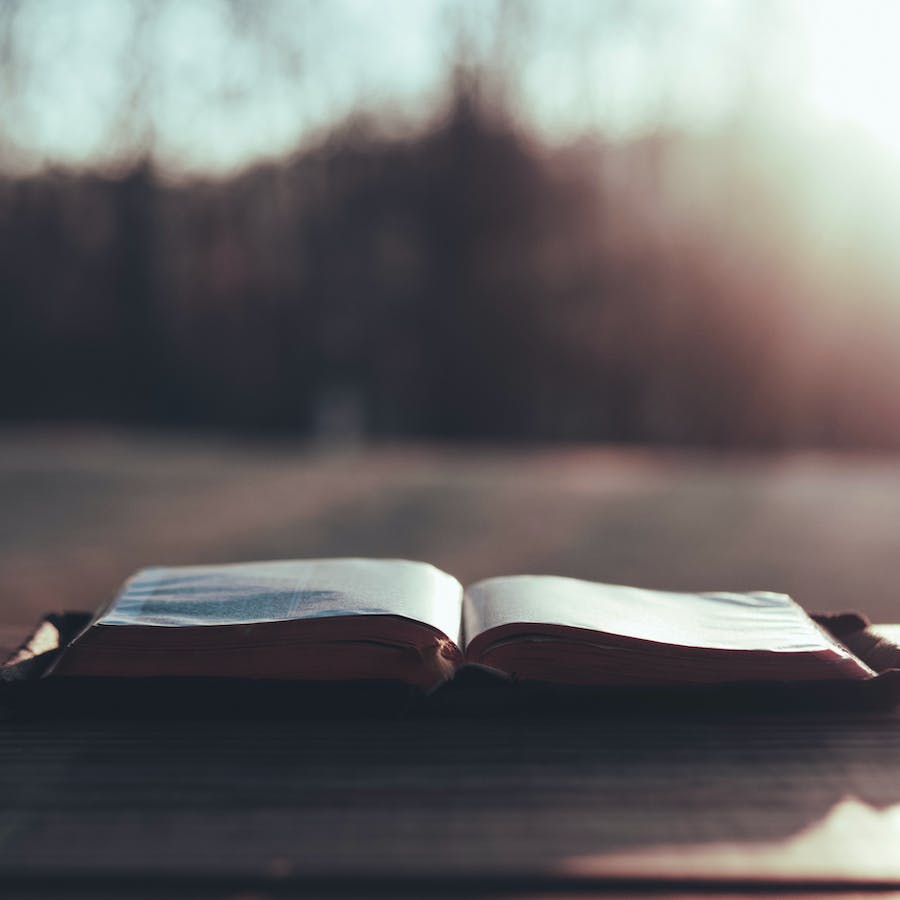 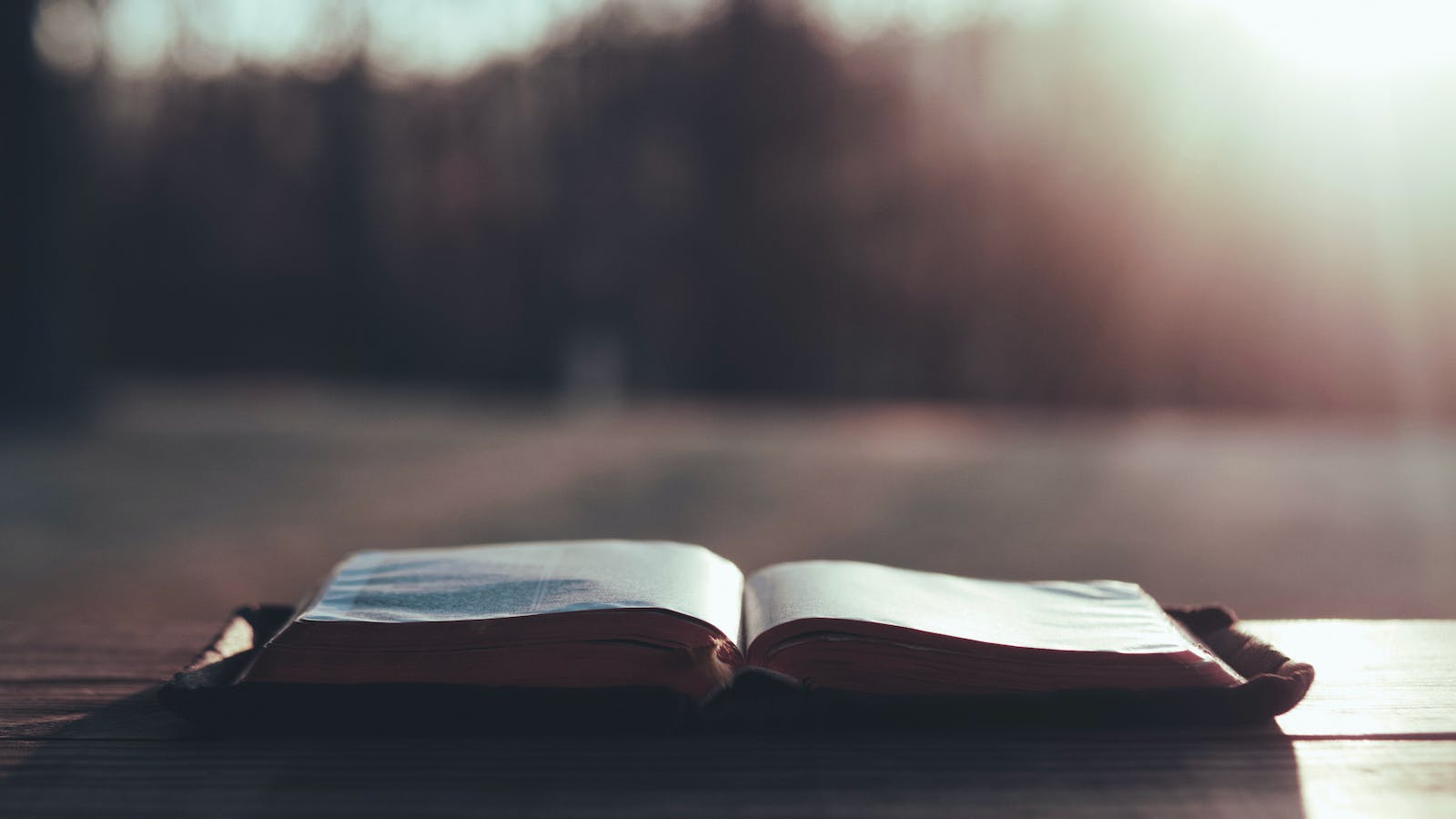 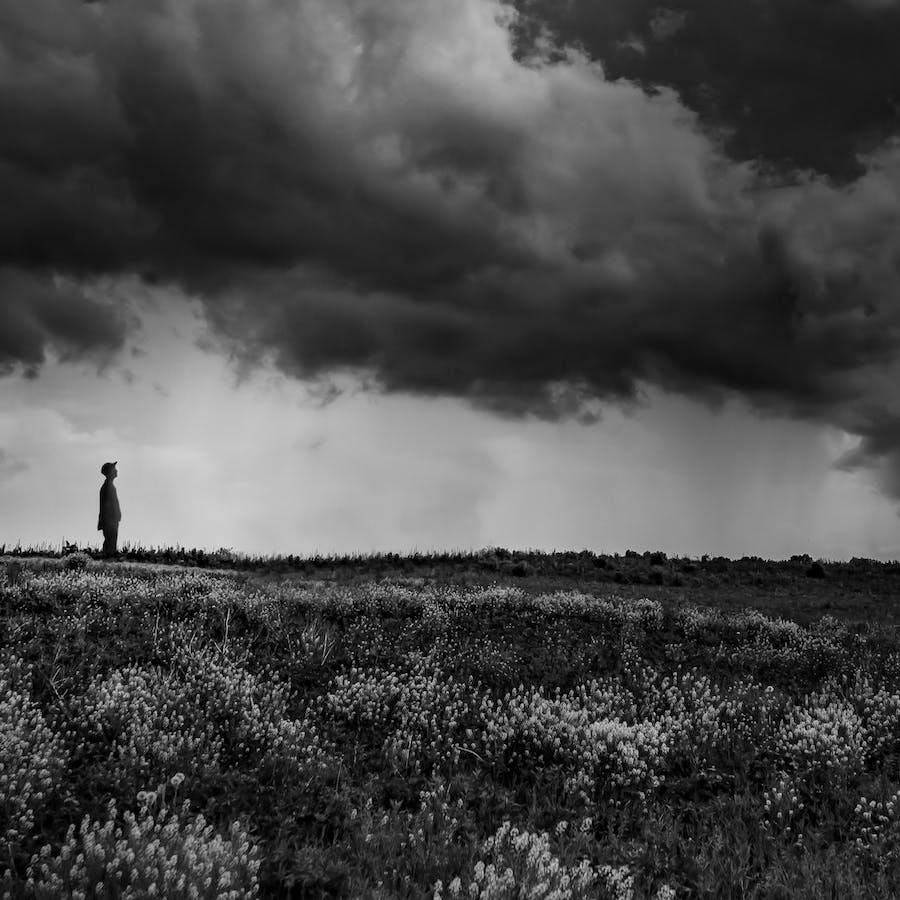 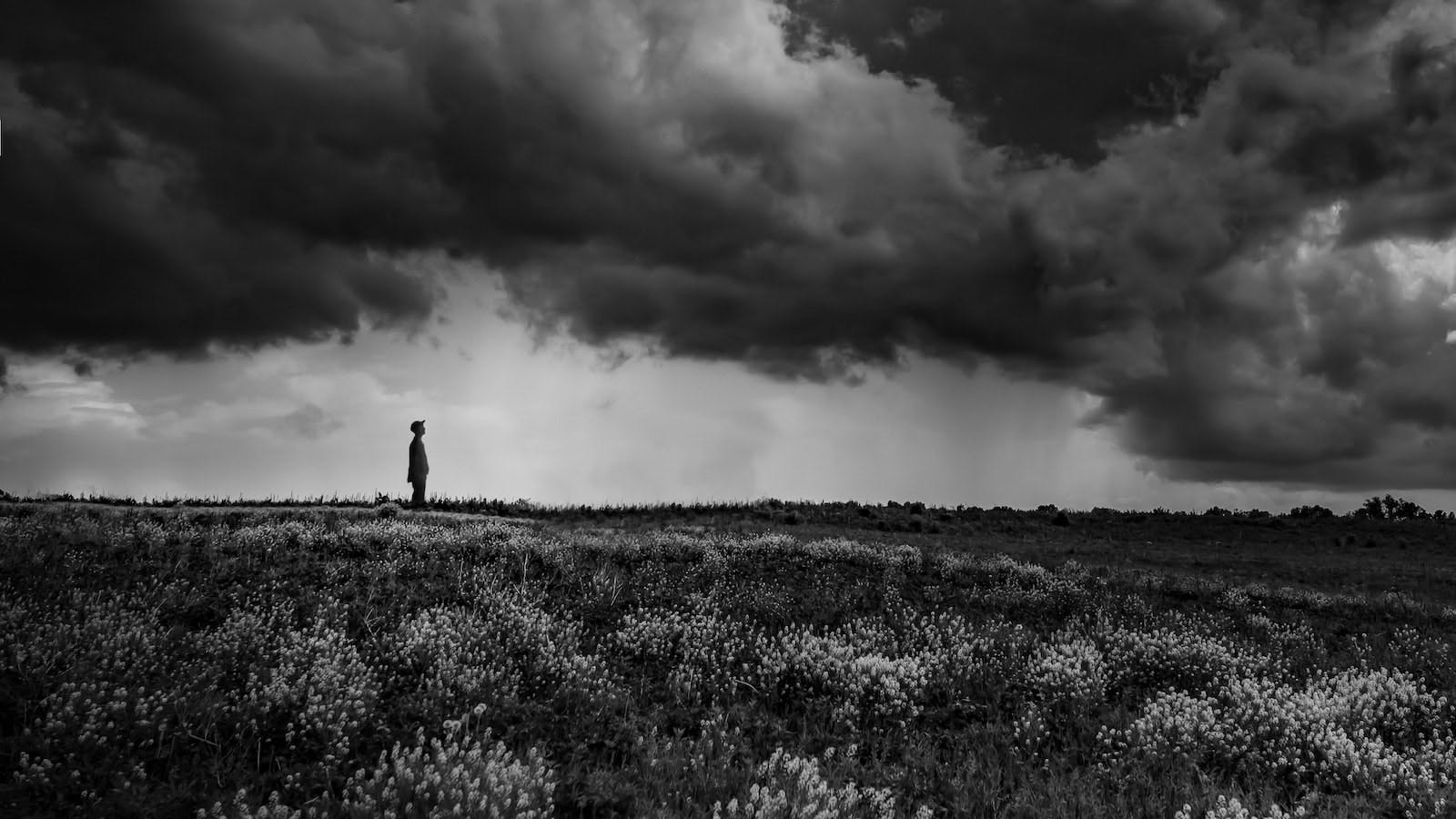 The Sin of Self-Pity and How to Be Free 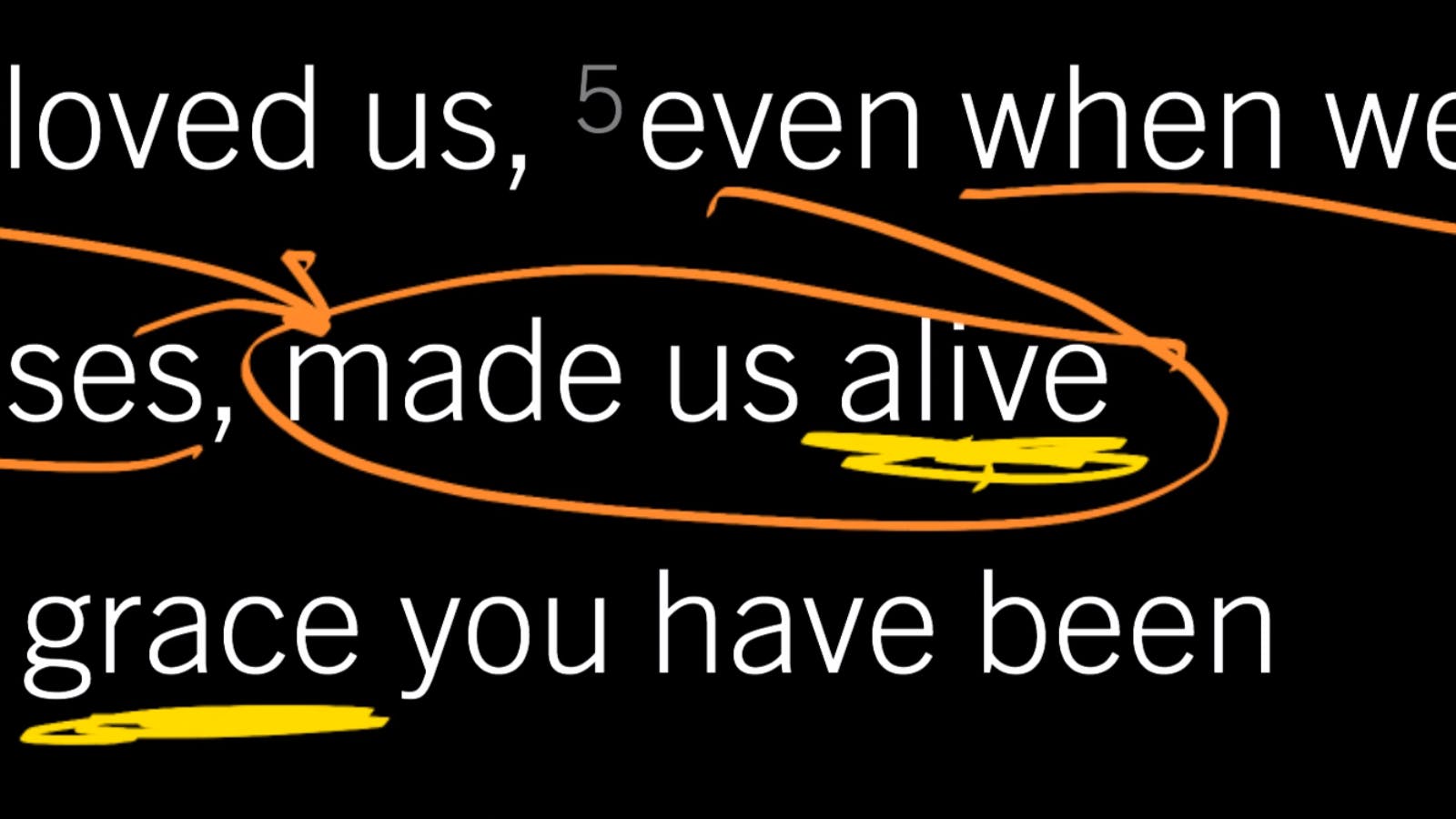 The Basis and Essence of God’s Grace

Nothing can be clearer about the nature of grace than to realize our life in Christ is owing to nothing in us. We were dead.