You can tell that Paul is giving foundation stones for confidence because he says, “the saying is trustworthy.” Paul is saying, “What I’m about to tell you, bank on it. Stand on it. This is trustworthy. This is rock-solid truth that I’m about to give you, so be strong in it. Put it underneath your life, and build a life of courage on it.” That’s what’s going on with that word trustworthy in verse 11.

So what is he saying? What kind of confidence is this? He is saying, “This is what’s sure: God’s promises of triumph through suffering are sure, and God’s warnings of lostness through unbelief are sure.”

Follow me here because this text is often misused. Here are the promises of triumph: “if we have died with him, we’re going to live with him.” This means that if you’ve been identified with Jesus by faith in his death, if you’ve embraced the death of Jesus and your death in Jesus, you’re going to live. That saying is trustworthy.

And secondly, paralleling it: “If we endure, we will reign with him.” This is what Jesus said in Mark 13:13: “The one who endures to the end will be saved.” So Jesus is risen. If you die with him, you’ll live. Jesus is the Son of David. You’re going to reign with him. If you are united to him in his death, you will live, and that is sure. Paul is saying, “Endure, Timothy, endure. Don’t walk away from Jesus to avoid suffering.”

Now he tells him why: “if we deny him, he will deny us.” Paul is saying, “You will be lost, Timothy, if you bail on Jesus — if you throw him away, if you walk away from this King and this Savior, this Friend. If you have nothing to do with them the rest of your life, you’re damned. He will renounce you at the last day.” Paul is quoting Jesus here. Jesus said, “Whoever denies me before men, I also will deny before my Father who is in heaven” (Matthew 10:33). You do not want to hear those words.

Timothy does not want to hear Jesus say, “I don’t know you, Timothy. You got a good start in the Christian life. You got a few kudos from the apostles, then you bailed. I don’t even know you. You weren’t mine. You weren’t ever mine.” And you don’t want to hear that word either. That’s a serious word. He’s not playing games here.

And so when the parallel happens in verse 13, you can’t make it positive. “If we are faithless, he remains faithful” does not mean he remains faithful to you. Otherwise, the previous word meant nothing. You deny him, he denies you. You are faithless, you throw it away, you reject Jesus, you’re not a believer, then he is faithful to himself. And the way he vindicates himself is by throwing you out.

“God cannot deny himself. That’s what he’s faithful to.”

So don’t congratulate your unbelief by saying, “God is still faithful to me.” He is faithful. He cannot deny himself. That’s what he’s faithful to.

Therefore, underneath the promises is “he cannot deny himself.” If you hold to Jesus and say, “You mean everything to me. You are trustworthy. I’m just a hopeless sinner, and you’re everything,” he cannot deny you. Your security is as firm as his allegiance to his name.

But if you bail on him, if you turn on him, if you say, “I want nothing more to do with that. You’re not my Savior. It’s probably a myth anyway. You just messed me up with all my relationships. I’m out of here forever,” then he will deny you in all faithfulness to his infinite worth. 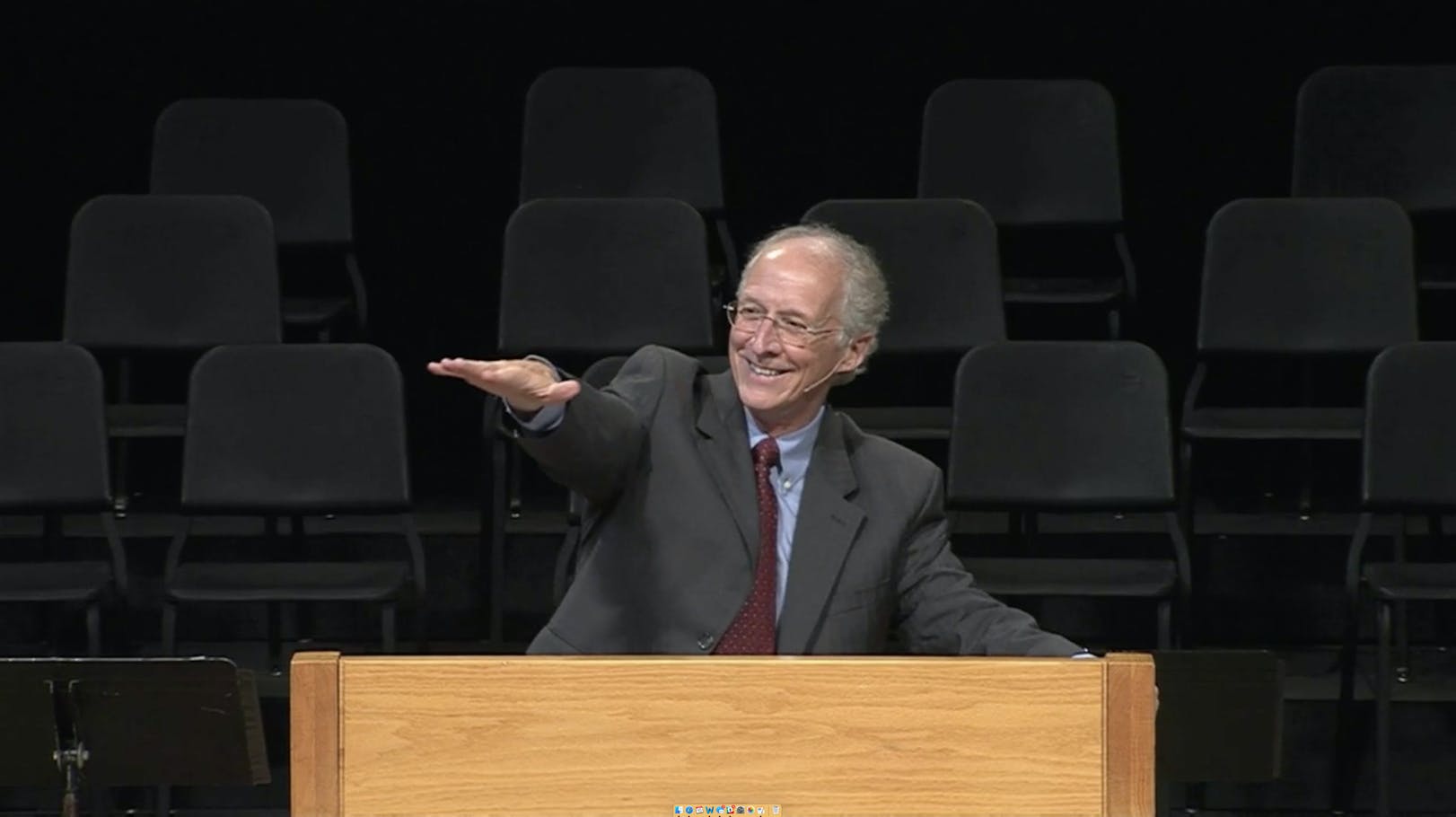 He Cannot Deny Himself