If You Are Christ's, You Are Heirs of the Promise

Now before faith came, we were confined under the law, kept under restraint until faith should be revealed. So that the law was our custodian until Christ came, that we might be justified by faith. But now that faith has come, we are no longer under a custodian; for in Christ Jesus you are all sons of God, through faith. For as many of you as were baptized into Christ have put on Christ. There is neither Jew nor Greek, there is neither slave nor free, there is neither male nor female; for you are all one in Christ Jesus. And if you are Christ's, then you are Abraham's offspring, heirs according to promise.

I see four steps in Paul's thought in Galatians 3:23–29. First, before faith came Israel was confined under the law, which functioned like a custodian (or tutor or governess), which gave restraint and guidance but couldn't give the inheritance (3:18). Second, Christ came and with him a great movement of faith. Third, wherever men and women unite with Christ by faith (symbolized in baptism), they are justified, and become children of God and heirs of his promise to Abraham. Fourth, therefore, we who are in Christ are no longer under the law. Let's try to understand each of these steps in the paragraph.

The first step is taken in verses 23 and 24, "Now before faith came, we were confined under the law, kept under restraint until faith should be revealed. So that the law was our custodian until Christ came." The word custodian refers to a servant of the family responsible to watch over the son, from the nursery to his entrance upon manhood. He governs the child's behavior until the child has the maturity to do what is right without external constraints. The "custodian" or "tutor" or "schoolmaster" does not have the power to make the child's heart good, nor can he give the child his inheritance.

That's how the law functioned for Israel. It provided direction and restraint. It prescribed the way a mature child should behave. But it could not give Israel a new heart nor could it give the inheritance. And according to Hebrews 4:2, the reason the law did not benefit Israel was that it did not meet with faith. Faith is the mark of maturity which the law prescribed, and so the law kept Israel under restraint until faith came. The law instructed the youthful Israel how to live a life of faith in the merciful promises of God (cf. Exodus 14:31; Numbers 14:11; 20:12; Deuteronomy 1:32; 8:17; 9:23; 28:52; 32:37); but the response was by and large adolescent rebellion. Israel, for the most part, did not humble themselves, and so the law functioned to expose Israel's sin and hold them under restraint until the day when God began to take away the blindness and give them a heart to trust him (Jeremiah 24:7).

The second step in Paul's thought is that faith has now come. Its coming is simultaneous with the coming of Christ. Verse 25, "But now that faith has come, we are no longer under a custodian." What does he mean: "Faith has come"? I don't think he can mean that no one in Israel had saving faith before Christ came. Abraham did (Galatians 3:6). And Psalm 32 portrays a man whom the Lord reckons righteous by faith apart from works (Romans 4:6–8). Hebrews 11 gives a believers' hall of fame from the time of the law. So Paul does not mean that no one had faith before Christ came, or that justification was by works before Christ came. There were believers who were justified by faith all along, 7,000, Paul says, in the time of Elijah (Romans 11:4).

I think what Paul means when he says that "faith has come," is that by God's grace a period in redemptive history has come in which great numbers of people, especially Gentiles, are responding to God's Word in faith. "Faith has come" means that a great movement has begun whose members are marked by this above all else—they trust like little children in the mercy of God. When the law was preached, it met with very little faith. But when the gospel is preached, many believe and are saved. The movement has spread around the world. The reason for this is not that the law taught men to earn salvation while the gospel offers salvation freely to faith. No, both the law and the gospel offer salvation freely to faith, and both describe the obedience that shows the genuineness of this faith.

The reason why the law mostly shut people up in sin while the gospel wins faith from large numbers is that the preaching of the gospel is accompanied by a powerful work of the Holy Spirit to open the hearts of the listeners (Acts 16:14; 2 Corinthians 4:6). "Faith has come" means that God is fulfilling the promises of Ezekiel 36:26, 27 to give new hearts (Jeremiah 24:7; Deuteronomy 30:6). If God were not causing the gospel of Christ to be accompanied by the convicting, opening work of the Spirit, the gospel would shut us under sin just like the law did. But that was not God's plan. And every one of us here who lives by faith in the Son of God is living evidence that by the sovereign, effectual grace of the Holy Spirit "faith has come"—even to us, and taken up residence in our hearts, and made us new. If you know the hardness of your own heart apart from renewing grace, you thank God every day that you are a believer.

The third step in the text is that faith in Christ so unites us to him that all the benefits he can give become ours. I took the family to see The Black Stallion Returns last Thursday. A boy named Alec Ramsey stows away on a plane and flies to North Africa, trying to get back his horse. Then he begins to cross the desert, and he is told something about the tribesmen of the desert that saves his life and his mission. He hears that they have such a high sense of honor that if you say you want to be their guest, they will stake their life and possessions on protecting you. So even though Alec was totally broke and could not purchase protection and help, yet he got their protection and care twice by simply declaring his need and desire to be their guest. He appealed to their honor, not his worth. And he was saved.

That's how it is with Christ. If you entrust yourself to Christ, and say you want to be his eternal guest, and wear his garments, and accept his customs, his honor is at stake; he cannot refuse you. You have so honored his value and trustworthiness, that he would be denying himself to turn you away. And so all he has is yours. Foremost in verse 24 is justification—that is, acquittal of all guilt, forgiveness of all sin. Then, as verse 26 says, sonship. To belong to Christ is to be a child of God with all the stupendous privileges implied in that relationship. Another way to say the same thing is verse 29: "If you are Christ's, then you are Abraham's offspring, heirs according to the promise." To be a descendant of Abraham and to be a child of God are virtually the same in Paul's mind. You become both when you entrust yourself to Christ and say, "I want to be your guest."

And one of the most wonderful things in Christ's household where guests become family members is that our own racial, social, and sexual status does not make us any more or less than child and heir. Verse 28: "There is neither Jew nor Greek, there is neither slave nor free, there is neither male nor female." Woe to the presumptuous guest who thinks that his Jewishness or free status or maleness has won his admission to the Lord's house, or merits a greater share of the inheritance. Ephesians 2:19 says that Jews and Gentiles in Christ are "fellow citizens . . . and members of the household of God." Ephesians 6:9 says that masters and slaves have but one master in heaven, who shows no partiality. And 1 Peter 3:7 says that husbands and wives are joint-heirs of the grace of life in Christ. When Christ admits us into his protection and care by faith alone ("May I be your guest?"), every possible ground for boasting is removed, whether racial, social, or sexual. We are all utterly dependent on the honor of Christ, not the value of our distinctives. And nothing is more secure than the honor of Christ.

Finally, the fourth step is simply this: we are no longer under the custodian, the law. We will talk more about this next week. But this morning let me just say this. Being "under the custodian" or "under law" means here being oppressed by God's demand when you have no power to fulfill it. You either rebel against it, or you try forever to keep it in your own strength. In either case "the letter kills" (2 Corinthians 3:6).

But that is no longer our relation to the law. We are not under it any more, desperately trying to climb it to heaven. For us the ladder of the law has fallen and become a railroad track of joyful obedience. It is not on us any more as a deathly burden; we are on it. What has happened? The answer is given in Galatians 5:18, "If you are led by the Spirit, you are not under the law." The Spirit so transforms our life as we trust the promises of God (Galatians 3:5), that we love what God loves and hate what God hates. And so his law is no longer a burden but a mountain railroad of joy.

My prayer this morning is that many of us would learn how to rest in the Pullman car of grace and delight ourselves in the Lord's itinerary. 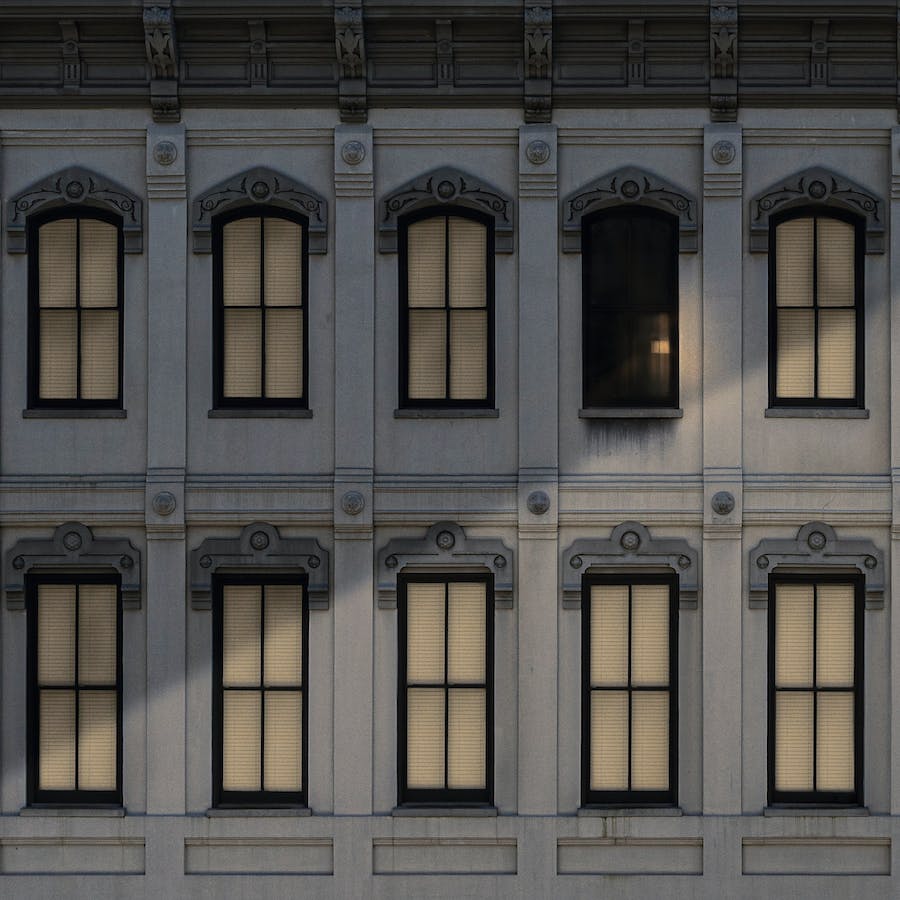 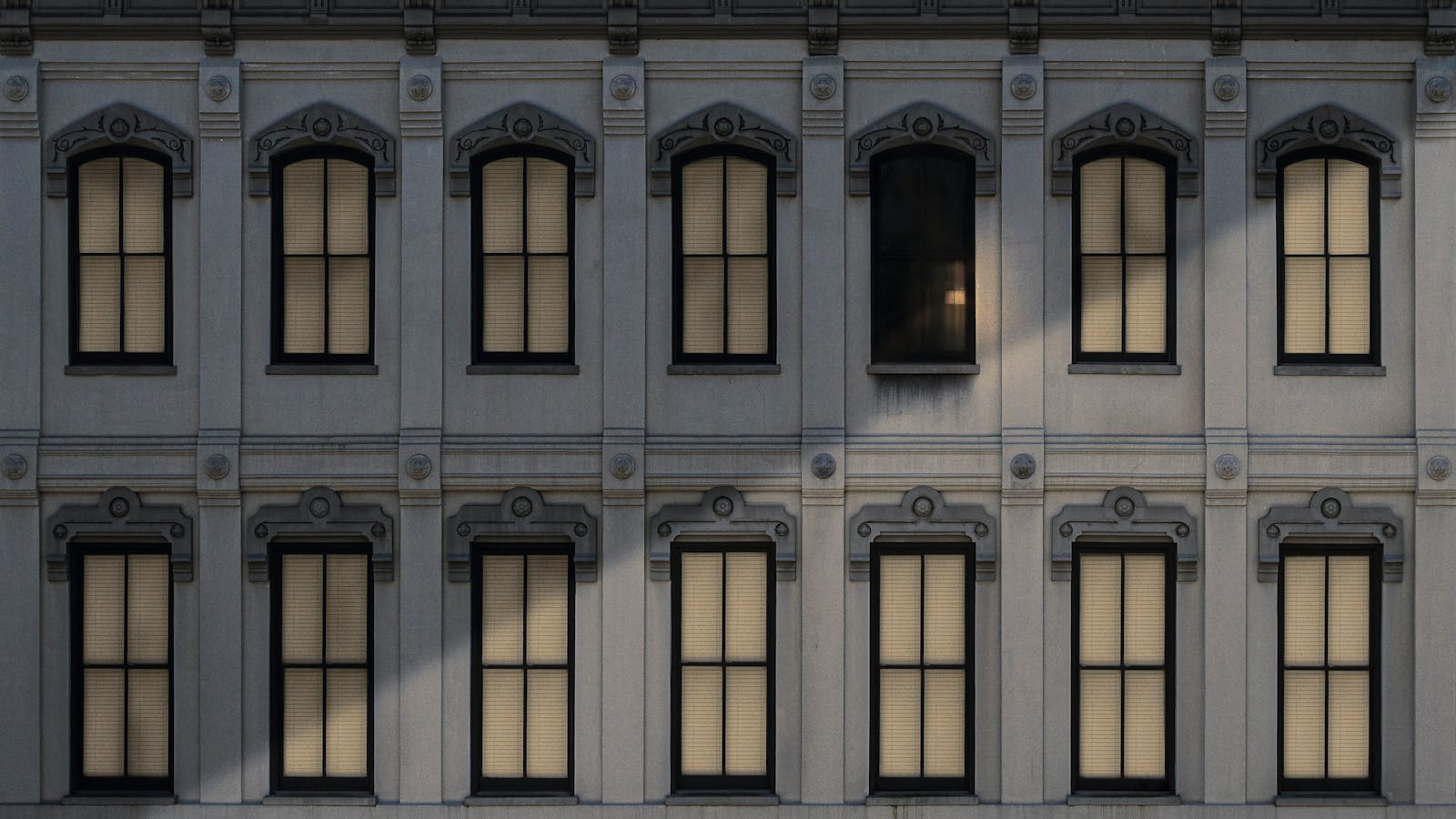 Are Our Enemies Spiritual, Human, or Both?

Paul tells us that we do not wrestle against flesh and blood. But Paul himself had many human enemies. So, are our enemies spiritual, human, or both? 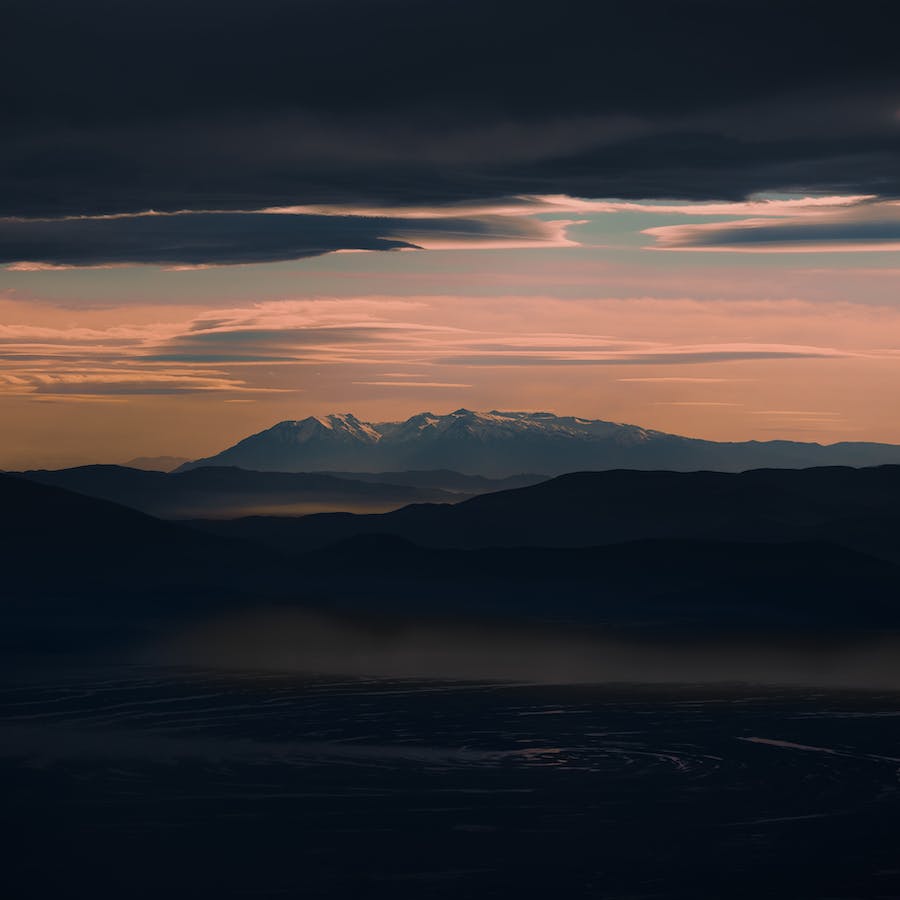 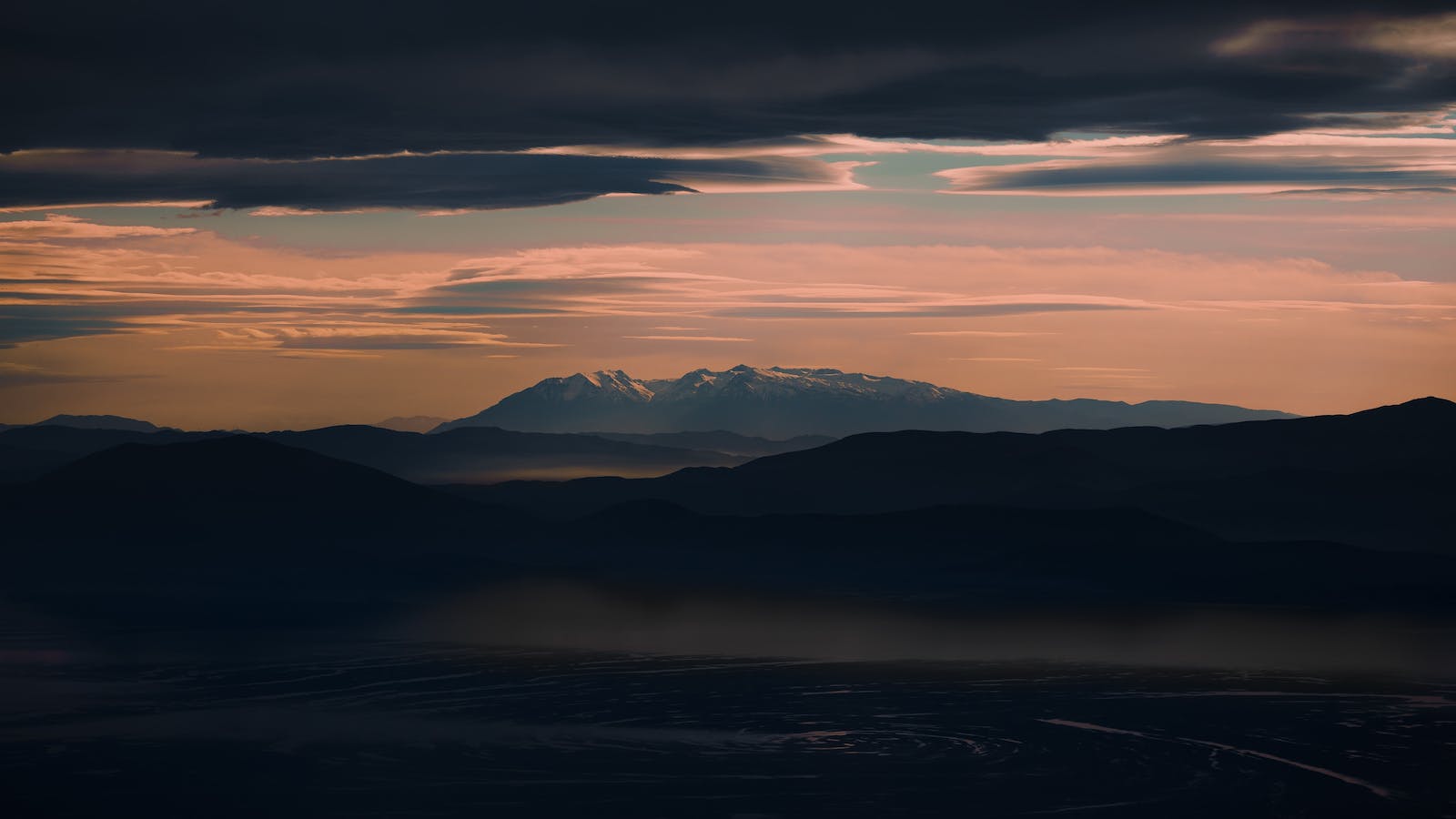 How Jesus Redeems Our Failures

Because God knows what we need far better than we do, his mercy will sometimes feel like severity. 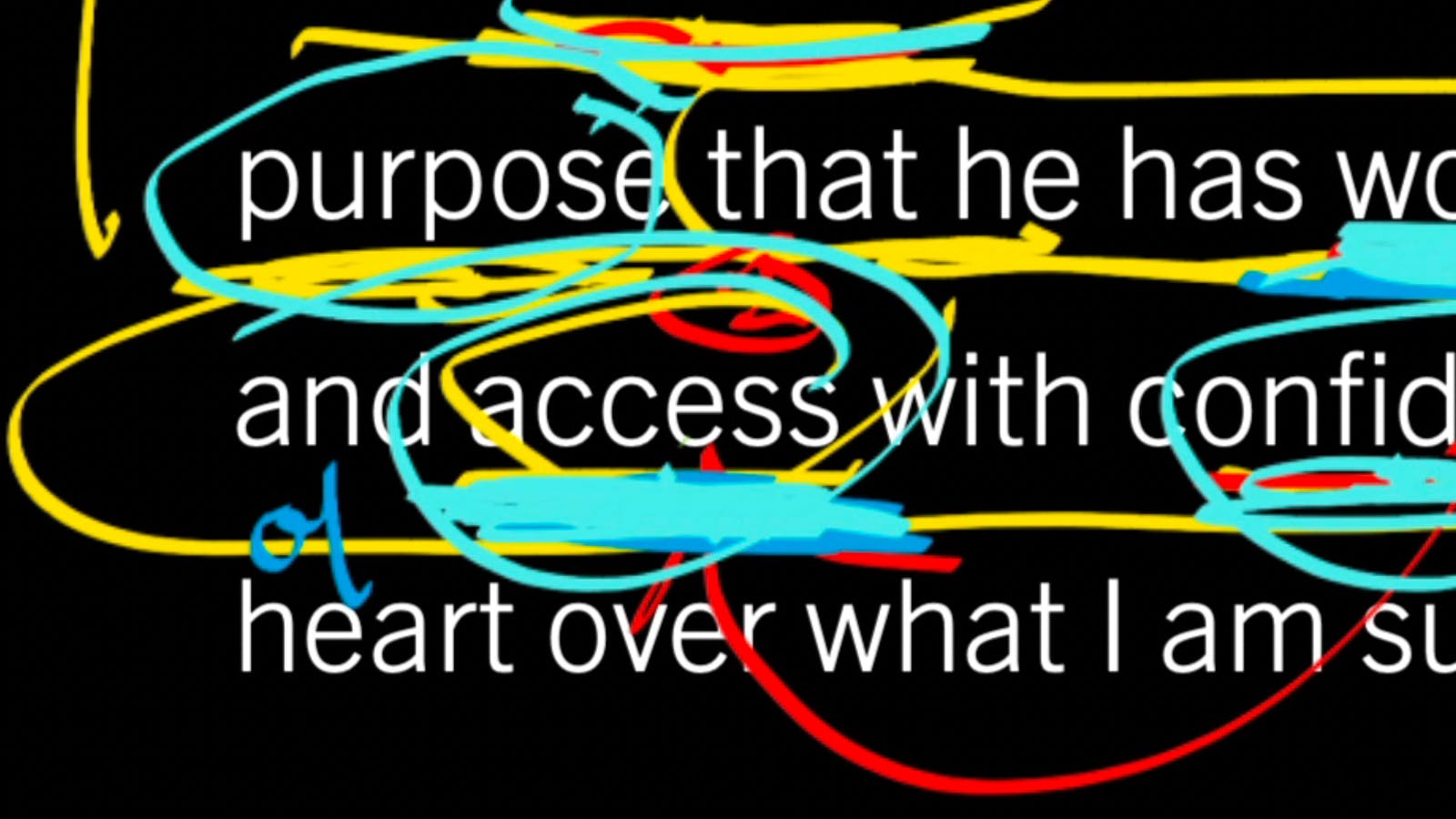 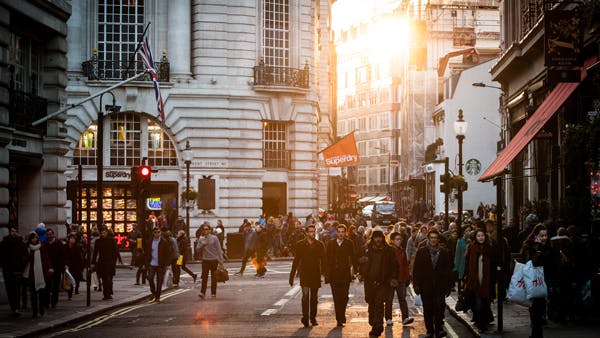