This clip is from a message John Piper preached at the Bethlehem 2019 Conference for Pastors + Church Leaders, “Is It Right to Seek More Joy Than We Have Through Justification?”

First, there is a preaching that almost never highlights the truth that Christ died not only to secure our forgiveness, but also to secure our sin-killing obedience.

It almost never draws people’s attention to it. It’s like 99 percent of the time, you’re drawing attention to the fact that he died so that you could be justified, and your guilt can be taken away, and your sins can be forgiven, which is, of course, glorious.

But you know what? Most of the New Testament is not talking that way. Read it. It’s talking about how to do stuff — how to be the church. And as you read the Epistles, they don’t sound like that.

So what I’m saying is 1 Peter 2:24 doesn’t get its fair shake: “[Christ] bore our sins in his body on the tree, that we might die to sin and live to righteousness.” Christ died to purchase your obedience to hundreds of commands, and he died to purchase the Spirit who dwells within you, who causes you to walk in his statutes.

The beauty and the power of the cross of Christ is seen and enjoyed in the blood-bought experience of obedience to Christ’s commands. Experiencing this is a dimension of joy that can be had no other way, and a Christian Hedonist will not be content without it.

That’s my first concern. There’s some preaching that is deficient in showing the whole purchase of the cross in its new covenant implications. And so the cross can be diminished by highlighting the cross alone.

Here’s another way of saying it. These preachers tend to shrink back from the apostolic intention of the law of Christ (1 Corinthians 9:21) — the law of Christ unfolded in hundreds of New Testament commands that define the path of love that leads to life.

If you ask, “What’s the point of all these hundreds of commands in the New Testament? Don’t we just need the Spirit?” then the answer is, No, evidently not. Evidently, God’s way is to give you the commands and give you the Spirit who makes you love the commands. He could have done it another way. The New Testament could be one-third as long as it is: Christ died for you and purchased the Spirit. Go live by the Spirit. End of book.

Why? Why are there hundreds of particular commandments? It’s because he has another way to do it. He’s going to do it another way. It’s a better way. There’s more joy to be had in figuring out how the Spirit relates to the commandments than if you only had the Spirit without the commandments. It’s a better way. Or the Bible is false. I love the Bible. We love it. God, show me how these hundreds of commands are so good for us.

“The beauty of the cross of Christ is enjoyed in the blood-bought experience of obedience to Christ.”

So here’s my second concern. Some preachers are reticent to draw attention to the law of Christ, but instead of calling for obedience to all these commandments, they say things like this. And this comes from a very artificial law-gospel distinction. This is not good. Here’s what the commandments are for: “Show hospitality? Live without grumbling? You can’t do that. Christ did it for you. Perfectly hospitable. Never murmured. Trust the imputation of Christ’s obedience.” End of sermon. Celebrate.

That’s just so foreign to the New Testament to talk like that. That’s half a gospel based on half-grace offering half-joy. He accomplished more — so much more — by pouring out his blood for us. It’s a blood-bought holiness. It’s a blood-bought obedience. It’s a blood-bought suffering through patient endurance and fresh joy in him and his achievements on the cross. Don’t preach a half-gospel. All those commands are there to highlight the power of the Spirit bought by the blood of Jesus in your life.

It’s a grand achievement, what he did in dying for us. All those commandments in the New Testament are not given merely to expose our sin. They are given to show us the kind of life Christ died to create in his church — really create in his church. They are given so that by doing them, by faith in Christ — blood-bought power, gospel power — we might have more joy than only by circling back to justification, as precious and as often as we must do that. 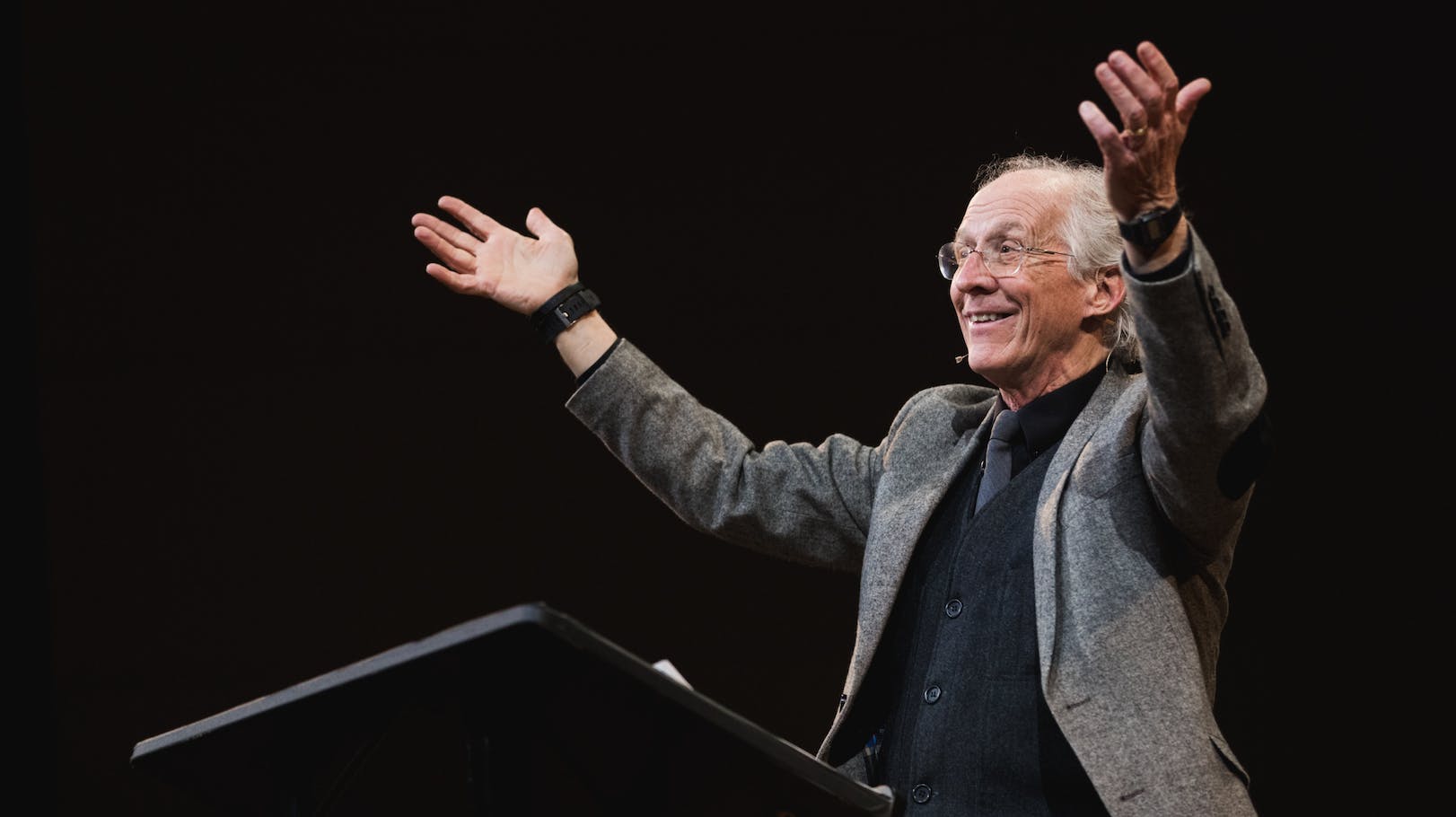 Is It Right to Seek More Joy Than We Have Through Justification?