Is the Kingdom Present or Future?

Is the kingdom of God a future reality to be hoped for or a present reality to experience now? That's today's question. The answer is that it is partly present and partly future. Many of its blessings are here to be enjoyed now; but many of them are not yet here. Some of its power is available now but not all of it. Some of the curse and misery of this old age can be overcome now by the presence of the kingdom. But some of it cannot be. The decisive battle against sin and Satan and sickness and death has been fought and won by the King in his death and resurrection, but the war is not over. Sin must be fought, Satan must be resisted, sickness must be prayed over and groaned under (Romans 8:23), and death must be endured until the second coming of the King and the consummation of the kingdom.

Now I want you to see this clearly in the New Testament because it is extremely important for your faith. It will inspire you with hope that there is a great and glorious future yet in store for all believers. It will deepen your confidence that the glory of your future in the kingdom is secured by precious past down payments of that very kingdom (Romans 8:32!). It will give you a handle on why so much amazing kingdom power is being unleashed in the world, and yet why so much of sin and Satan and sickness and suffering remains. If you get a handle on the presence and the future of the kingdom of God, you will find yourself on a pathway of spiritual power, which might include the power to perform signs, and will definitely include the equally remarkable power to suffer patiently the cross of grief and pain (Colossians 1:11).

So let's look at the passages of Scripture that show the kingdom of God to be both present and future.

The Kingdom of God Is Present

Our text, Luke 17:20–21, is a clear statement that Christ's own coming is the coming of the kingdom.

First, Jesus begins to correct a misunderstanding of the kingdom—namely, that it would come with such observable signs that it would be unmistakable: Rome would be overturned, Israel would be vindicated, and an earthly kingdom would be established. Jesus said, "No, it is not coming in a way that can be observed like that. There is a mystery about the coming of the kingdom. It is here in your midst without those kinds of observable signs. It is here because I am here. I am the arrival of the kingdom, even though I will not overturn the Romans or set up an earthly kingdom (yet!)."

Another clear statement about the presence of the kingdom is Matthew 12:28 (cf. Luke 11:20). The Pharisees accuse Jesus of casting out demons by the power of Beelzebub (v. 24). But Jesus has a very different interpretation of what's happening. He says in verse 28, "If it is by the power of the Spirit of God that I cast out demons, then the kingdom of God has come upon you." When Jesus does battle with Satan by the Spirit of God, and begins to plunder the strong man's house (v. 29), freeing people from his bondage, the powers of the kingdom are at work and the kingdom is already present.

The Kingdom of God Is Not Yet Present

As they heard these things, he proceeded to tell a parable, because he was near to Jerusalem, and because they supposed that the kingdom of God was to appear immediately. He said therefore, "A nobleman went into a far country to receive a kingdom and then return."

He was near Jerusalem. In other words they thought he was about to make his move on the power center of the land and set up an earthly kingdom. That was the common conception of the coming of the kingdom—it would be with the kind of signs and wonders that would result in the destruction of all Israel's enemies and establish a new reign of peace and righteousness in the world.

But Jesus told a parable to make clear that the kingdom is not coming that way now—it would be a long time in the future. Verse 12: "A nobleman went into a far country to receive a kingdom and then return." In other words, Jesus is going back to heaven and will be gone some time before he returns to establish his kingdom in power and glory. Make no mistake, the coming of the kingdom is still future!

The "Mystery" of the Kingdom

So the kingdom has come according to Matthew 12:28 and Luke 17:21; and the coming of the kingdom is still future according to Luke 19:11–12 and many other texts. This is puzzling. It threw the Pharisees into confusion. It took John the Baptist off guard (Matthew 11:2–6). It caused one crowd to want to throw Jesus off a cliff (Luke 4:29) and another want to make him king (John 6:15). It baffled Pilate when Jesus was on trial (John 18:36–37). It left the apostles confused and hopeless between Good Friday and Easter (Luke 24:21).

Behind this confusion was what Jesus called the "mystery [or secret] of the kingdom." Let's turn to Matthew 13 and see how the parables of the kingdom unfold the mystery of the kingdom for us. What is mysterious about the kingdom is that it has come partly but not fully. There are hints about this in the Old Testament (e.g., Isaiah 53—the suffering servant). But by and large the Old Testament does not clearly separate the two comings of Christ. It sees one great day of the Lord coming when God would deal finally with sin and defeat his enemies and gather his people into a kingdom of peace and righteousness and joy and make the earth and the heavens new and glorious with the Messiah ruling forever and ever. But it didn't make clear that this day of the Lord—the coming of the kingdom—would happen in two stages: first, with Jesus coming as a suffering servant to atone for sin, and second, with Jesus coming in the clouds of heaven with power and great glory.

Jesus' Teaching About the Mystery in Parables

Let's read from the parables how Jesus teaches about the mystery of the kingdom. Notice Matthew 13:11. Jesus says to his disciples, "To you it has been given to know the secrets [mysteries] of the kingdom of the heaven." Further down look at verses 16–17, "But blessed are your eyes, for they see, and your ears, for they hear. Truly, I say to you, many prophets and righteous men longed to see what you see, and did not see it, and to hear what you hear and did not hear it."

The Parable of the Sower

The Parable of the Wheat and Tares

Then look at the parable of the wheat and tares in verses 24ff. "Another parable he put before them, saying, 'The kingdom of heaven may be compared to a man who sowed good seed in his field.'" An enemy sows bad seed and wheat and tares grow up together. And Jesus says that's a picture of the kingdom. Sons of the kingdom (v. 38) and sons of the evil one side by side till the harvest—the day of judgment.

The interpretation is given in verses 37ff. Notice verse 41. At the end of the age it says, "The Son of man will send his angels, and they will gather out of his kingdom all causes of sin and all evil doers, and throw them into the furnace of fire." This is the mystery of the kingdom—a kingdom existing for some time in this world with righteous (v. 43) and evil in it side by side until the consummation. This was not expected. The kingdom was to come with total power to destroy the wicked immediately and vindicate the righteous. But Jesus says it has arrived. There is fulfillment. But the consummation, the final separation waits for the second coming of the Son of Man (v. 41).

The Parable of the Mustard Seed

Look at the parable of the mustard seed in vv. 31–32, "The kingdom of heaven is like a grain of mustard seed which a man took and sowed in his field; it is the smallest of all seeds, but when it has grown it is the greatest of shrubs and becomes a tree, so that the birds of the air come and make nests in its branches."

The Parable of the Fishing Net

Again, the kingdom of heaven is like a net which was thrown into the sea and gathered fish of every kind; when it was full, men drew it ashore and sat down and sorted the good into vessels but threw away the bad. So it will be at the close of the age. The angels will come out and separate the evil from the righteous, and throw them into the furnace of fire.

The mystery of the kingdom, again, is that as the net—the power of the kingdom—draws men into its sway, it draws good and bad. Only when the net is up on shore at the close of the age will the good and the bad fish be separated.

The point of today's message is that the kingdom of God is present and future. There has been fulfillment, but there has not been consummation. This is the mystery of the kingdom. And it leads to two brief applications, one an encouragement, the other a warning.

First, the warning: beware of insisting that God demonstrate dimensions of the kingdom now which he has reserved for the consummation. The kingdom now is limited in its scope and effects. And beware of assuming that all who are swept into the power of God's kingdom are the children of the kingdom. The power of the kingdom gathers many (Matthew 7:22) into its net that will be cast out in the end because they loved healing and not holiness; they loved power and not purity; they loved wonders and not the will of God.

And now with a sober awareness of the mystery of the kingdom—present yet future; fulfilled but not consummated—let us go on as a church to seek the kingdom first—to discover all we yet should be for the salvation of lost sinners and the glory of King Jesus! 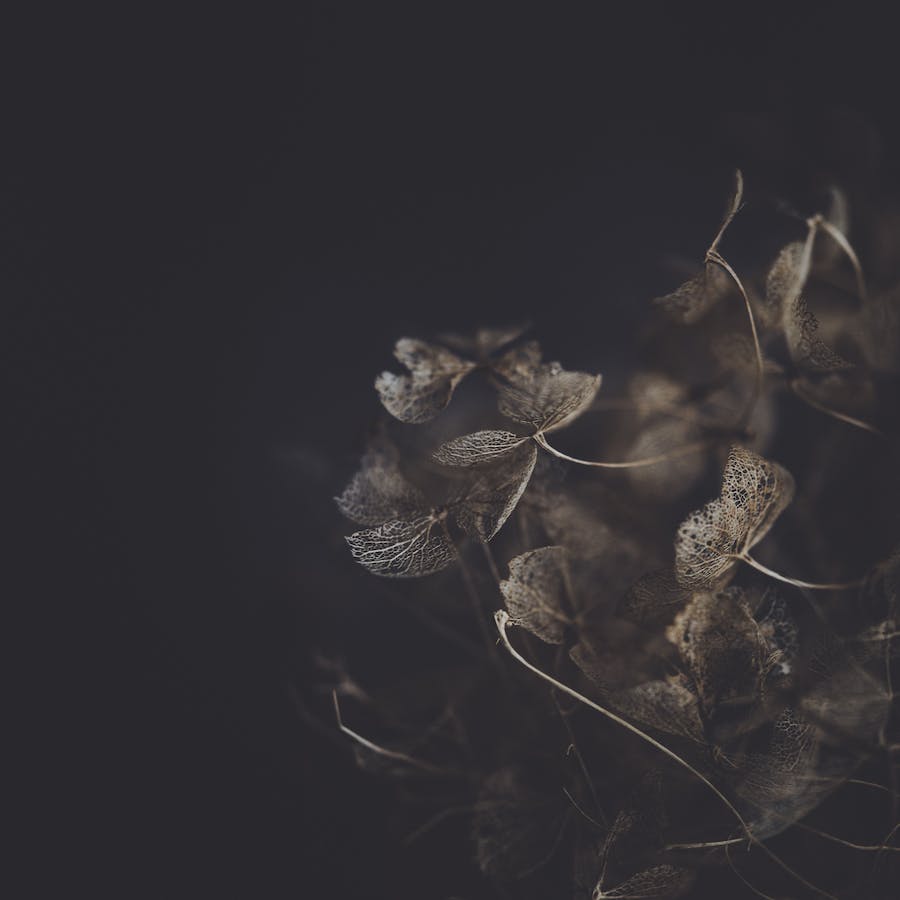 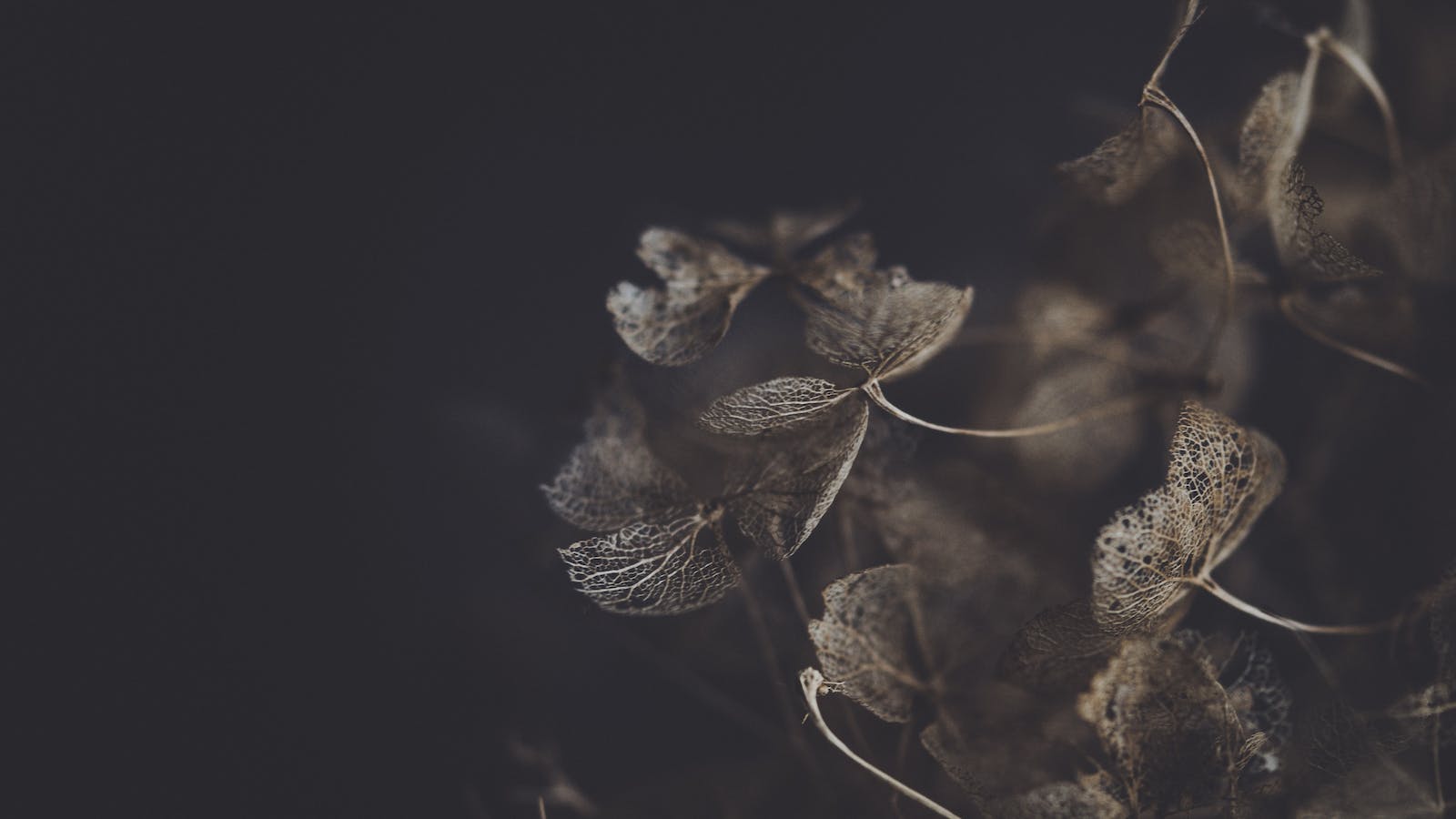 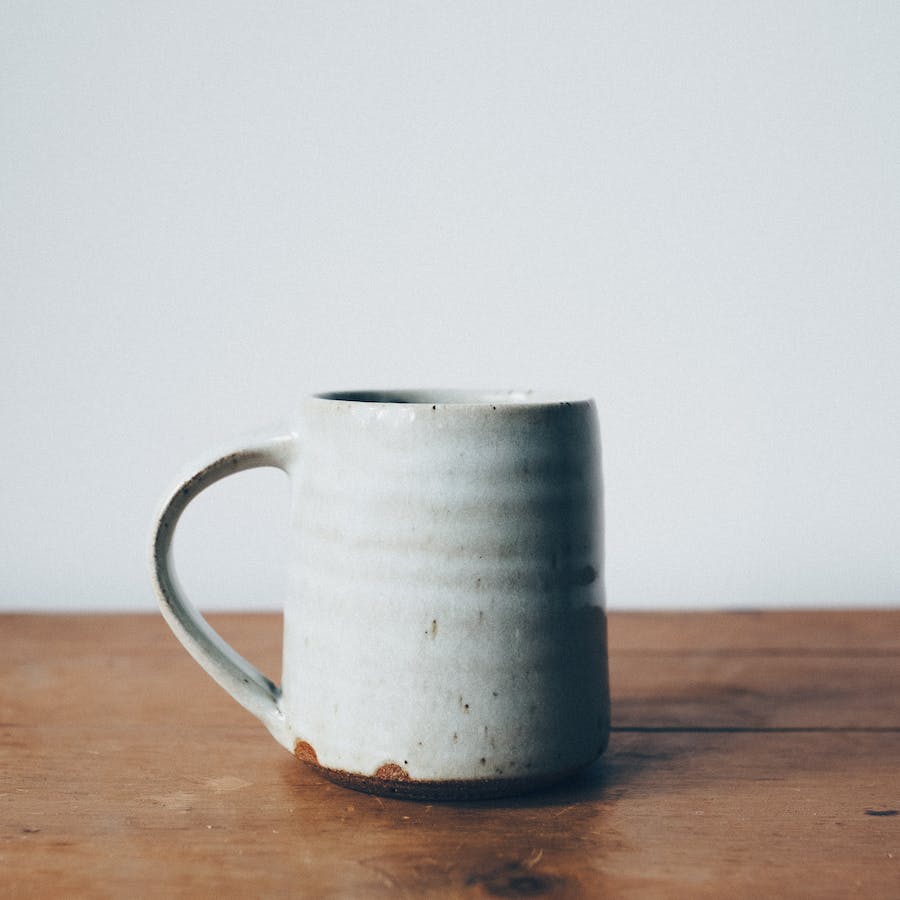 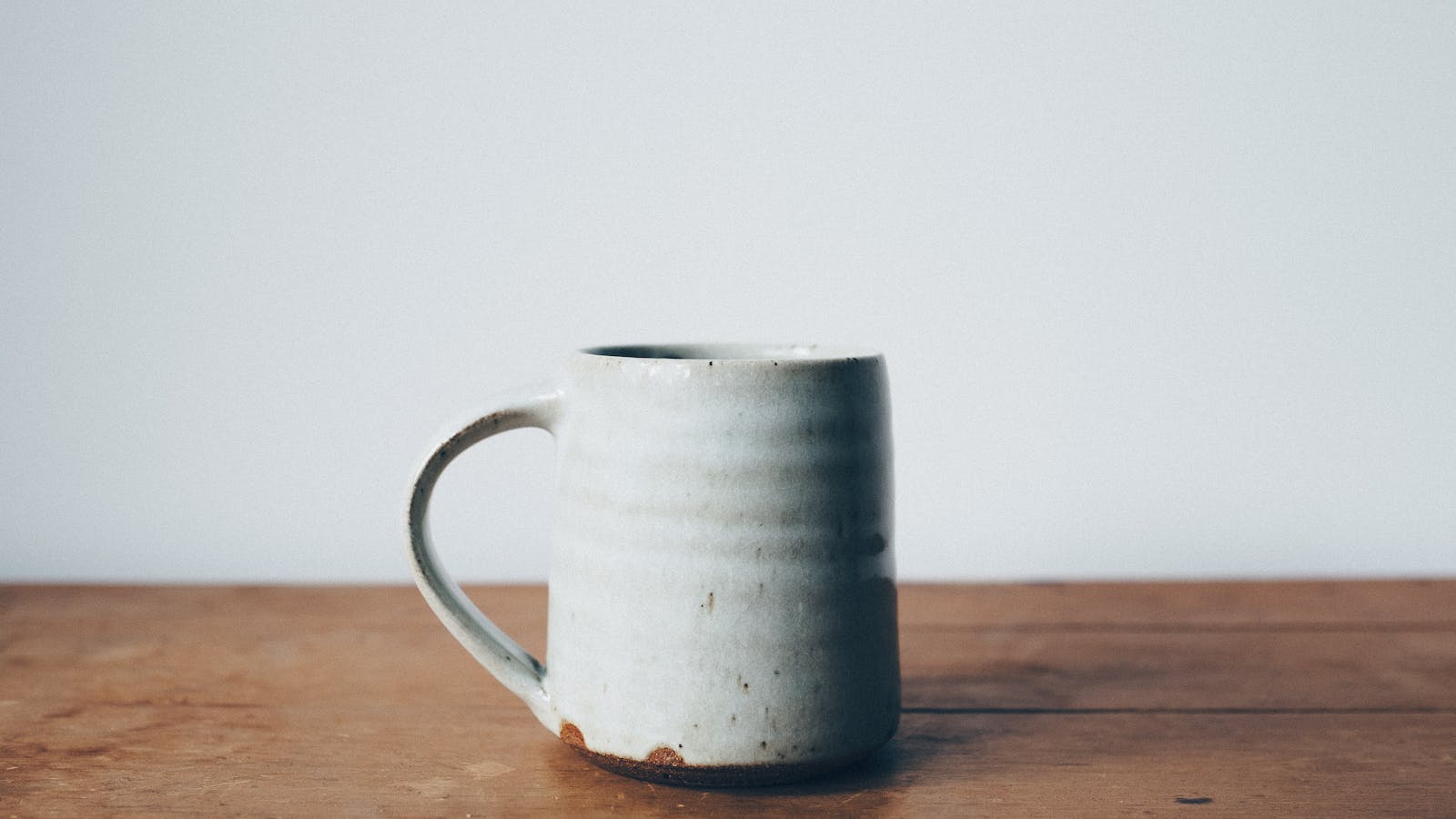 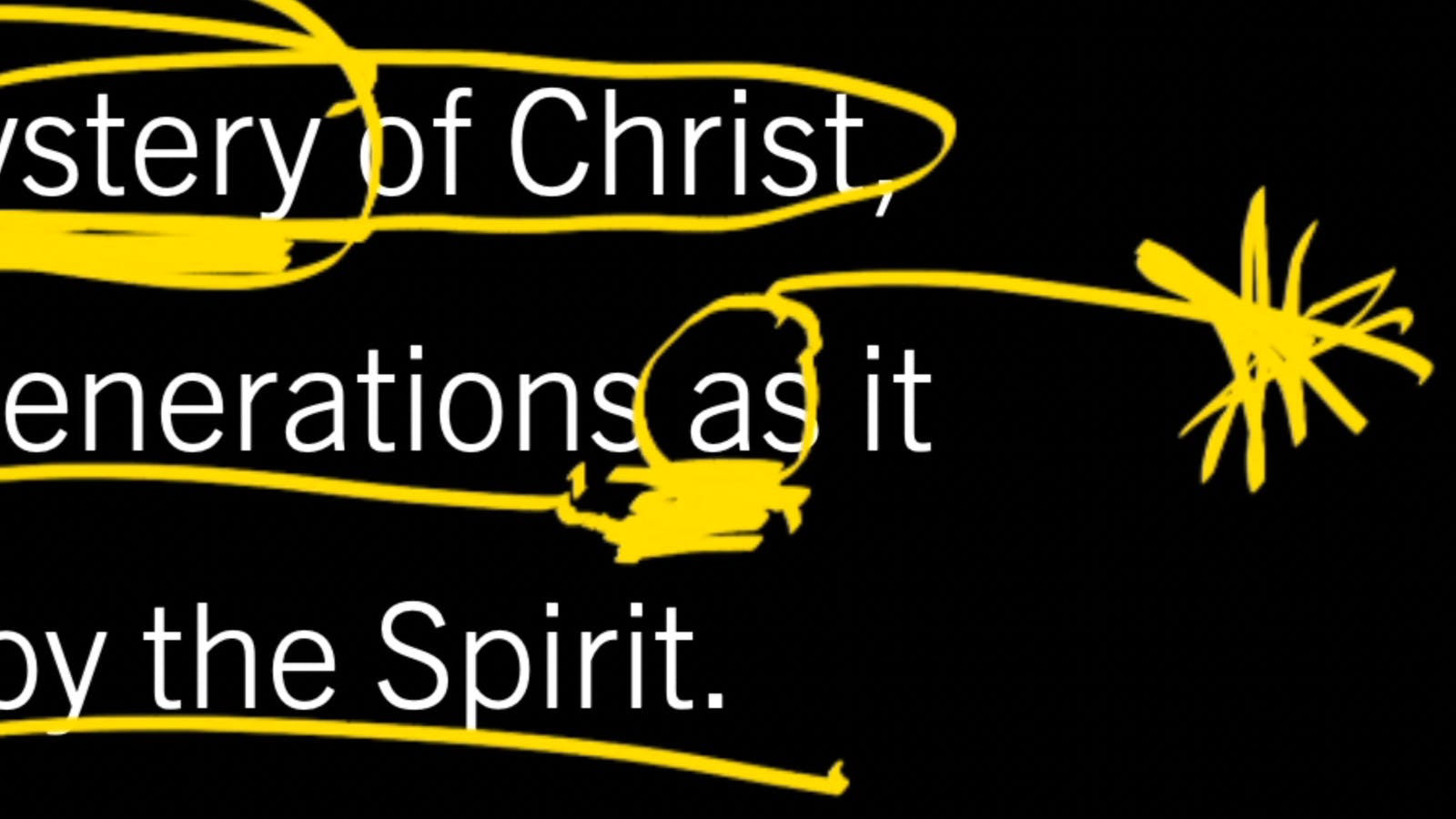