This morning we focus directly on the heart of the gospel—the good news of Christianity. Up till now we have looked at four biblical truths that make the gospel understandable. Let me review those four truths and then show how the fifth truth is God's merciful answer to our greatest need.

Review of the Four Truths Discussed So Far

Truth #1 described the joyful purpose of God—GOD CREATED US FOR HIS GLORY. His design in creation was that his own beauty and excellence and wisdom and justice and power and love be displayed for the enjoyment of his creatures. God himself is the central reality in the universe, not man. We exist for his glory.

Truth #2 described the joyful duty of man—EVERY HUMAN SHOULD LIVE FOR GOD'S GLORY. In other words our reason for living comes from God's reason for creating. I received a letter from John Jenstad recently in which he said, "Being human truly is an awesome thing." Called to live for the glory of God by trusting and thanking and loving and obeying him—and our own eternal destiny hanging in the balance. It is an awesome thing to be created in the image of God—to eat and drink and work and play for God's glory. That's our joyful duty as human beings.

Truth #3 described how we have all exchanged that joy for the fleeting pleasures of sin—ALL OF US HAVE FAILED TO GLORIFY GOD AS WE SHOULD. We have not loved God or trusted God or thanked God or obeyed God anywhere near the way we should. Whether people think that they are good people or not, they have to admit this. God has not been the center of their lives. They have not done everything they do for his glory. None of us has.

Therefore Truth #4 described how the joy for which we were created has been forfeited—ALL OF US ARE SUBJECT TO GOD'S JUST CONDEMNATION. God is a just God. His righteousness is absolute and there is not compromise in his commitment to do all things for his glory. And so when we exchange the glory of God for other things, and don't live for his glory, we put ourselves under his righteous wrath. In other words if we insist on belittling his glory by indifference or unbelief or ingratitude or disobedience, then he will vindicate the worth of his glory by punishing us in hell forever.

God Sent His Only Son to Provide Eternal Life

Now we are ready to understand Truth #5. This truth is the very heart of the gospel—GOD SENT HIS ONLY SON JESUS TO PROVIDE ETERNAL LIFE. Or, as 1 Timothy 1:15 says, "Christ Jesus came into the world to save sinners."

So what we want to do this morning is make as clear as we can, in the few minutes we have, how Jesus saves sinners. The focus in Truth #5 is not on what we must do to be saved (that's next week). The focus here is what God did to save sinners.

Notice three things in this text.

He is our Judge and we stand under his just condemnation because of how we have degraded his glory. But the wonder of God's love is that while he is Judge, and while his righteous condemnation rests upon us, he is also a Savior who has designed a way of salvation from his wrath.

Now can we understand how it is that the death of Jesus, God's Son, saves his people from the wrath of God? Let me mention three ways the Bible describes how the death of Christ saves sinners.

The death of Christ is called a ransom for many.

Jesus said in Mark 10:45, "For the Son of man also came not to be served but to serve, and to give his life as a ransom for many." 1 Peter 1:18–19, says, "You know that you were ransomed from the futile ways inherited from your fathers, not with perishable things such as silver or gold, but with the precious blood of Christ like that of a lamb without blemish or spot." 1 Corinthians 6:19–20 says, "You are not your own, you were bought with a price. So glorify God in your body." Revelation 5:9 says, "Thou was slain and by thy blood didst ransom men for God from every tribe and tongue and people and nation."

So one way to understand the death of Christ is to see it as the payment of a ransom. If you ask, To whom was this ransom paid, you might possibly answer Satan or you might answer God—that he paid it to himself.

I think it would be very wrong to suggest that God paid Satan to redeem his people. It is contrary to God's sovereignty to think that he would have to meet the demands of his archenemy and it's contrary to his holiness to think that he would let the arch-evil one dictate the terms of salvation. Besides that, in Mark 3:27 Jesus describes how he releases people from the bondage of Satan—it says he binds the strong man and plunders his household. In other words he does not negotiate with Satan as a terrorist holding hostages. He invades, binds, and delivers.

I think, then, it is right to say that in sending his Son to die for our sins God paid a ransom to himself. In other words we don't owe anything to Satan, and God doesn't owe anything to Satan. The great debt that hangs over our head is a debt to God. He is the one we have offended by our sin. He's the one whose honor has been defamed and whose name has been desecrated by our distrust and disobedience.

It's not hard to see, then, that if we are going to be delivered from God's righteous wrath, some kind of recompense would have to be made. So the first way the death of Christ saves sinners is by ransoming them from the wrath of God.

Did you notice when I read 1 Corinthians 6:19–20 what God's aim was in purchasing us or ransoming us in this way. It says, "You were bought with a price. Glorify God therefore in your body." The reason you have been ransomed is so that now you can return to the purpose for which you were created. In other words the reason Jesus died is to put us back on the joyful track of knowing and reflecting the glory of God. So I hope you can see how all five of these truths hang together.

The second way the Bible describes how the death of Christ saves sinners is by showing us that he is a substitution for us.

Because of the way we have dishonored God and belittled his glory, there hangs over every one of us now a curse, a righteous and just sentence of condemnation. And what Christ did was to take that curse and that condemnation upon himself and become a substitute for all who trust him.

So the way Christ saves us from our sin is by becoming a substitute for us. He bore the curse we should have born and he bore the sin that would have brought us everlasting condemnation. He stood in our place and God laid on him the iniquity of all who believe (Isaiah 53:6).

3. A Vindication of the Righteousness of God

Finally the death of Jesus saves because it is a vindication of the righteousness of God. This is perhaps the most neglected and yet most fundamental meaning of the death of Jesus. And it may be that this is neglected because the first four truths are neglected.

Let's turn together to Romans 3:25–26. Unless you begin with the glory of God, this aspect of the death of Jesus will make no sense.

So let me set the stage for understanding these two verses from Romans 3. God created the world for his glory. God's righteousness is his unswerving commitment to uphold the worth of his glory—which means to support everything that magnifies his glory and to oppose everything that diminishes his glory.

And since we have all diminished and desecrated his glory, his righteousness commits him to oppose us with omnipotent wrath. How, then, can he save sinners like us and still uphold the worth of his glory? How can he acquit guilty sinners and still be a righteous judge.

. . . whom God put forward as an expiation [or: propitiation] by his blood, to be received by faith. This was to show God's righteousness, because in his divine forbearance he had passed over former sins; it was to prove at the present time that he himself is righteous and that he justifies him who has faith in Jesus.

Notice carefully that the reason Jesus was sent to die was to show God's righteousness. Now why did God's righteousness need to be shown? Answer (v. 25): "because in his divine forbearance he had passed over former sins." In other words when God passes over sins—when he forgives you or me—it looks as though he is not righteous. It looks as though he is putting no infinite value on his glory which we have scorned by our sin. And in fact it would be a horrendous unrighteousness if God were to simply sweep the sin of the world under the rug of the universe as though it were no awesome thing to acquit a guilty sinner in God's presence.

So what happened when Christ died was that God demonstrated once and for all that he is not indifferent to the scorn we have brought on his glory. When Christ died, he died to repair the injury we have done to God's name and God's honor. What Christ did when he died was to vindicate the righteousness of God in the salvation of sinners. If Christ hadn't died in our place, the righteousness of God could only be vindicated in one way—by our eternal condemnation.

So let me summarize the three ways we have seen that the death of Christ saves us from judgment and gains for us eternal life. First, it is a ransom that repays the tremendous debt we owe to God for our sin. Second, it is a substitution. He bears our sin and our curse in himself so that we can be freed from guilt and punishment. Third, it is a vindication of God's righteousness so that he can be both just and the one who justifies him who has faith in Jesus.

My prayer now is that this would be clear to all of you—that the death of Jesus Christ is the only way that any of us can escape the wrath of God and find peace with God. And I pray not only that it be clear but that it would be compelling. My heart's desire and prayer to God is that you might be saved. The way is open. The provision is full and free. He justifies those who have faith in Jesus. Put your whole trust in him and he will be a whole Savior for you. 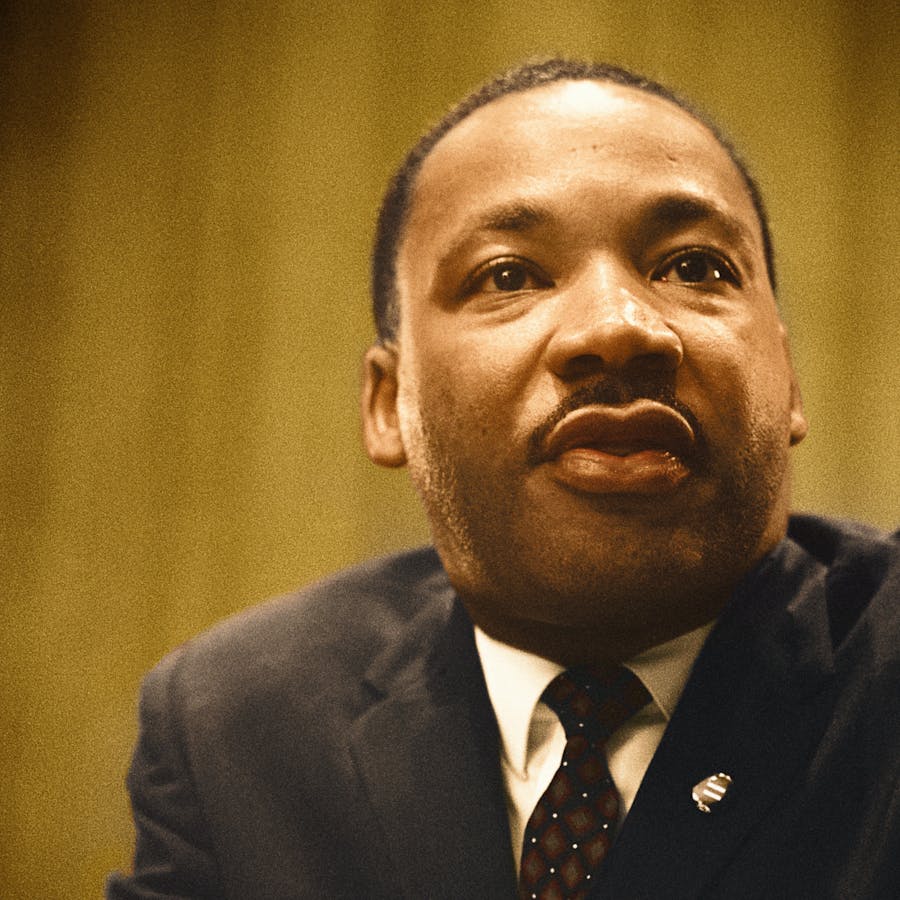 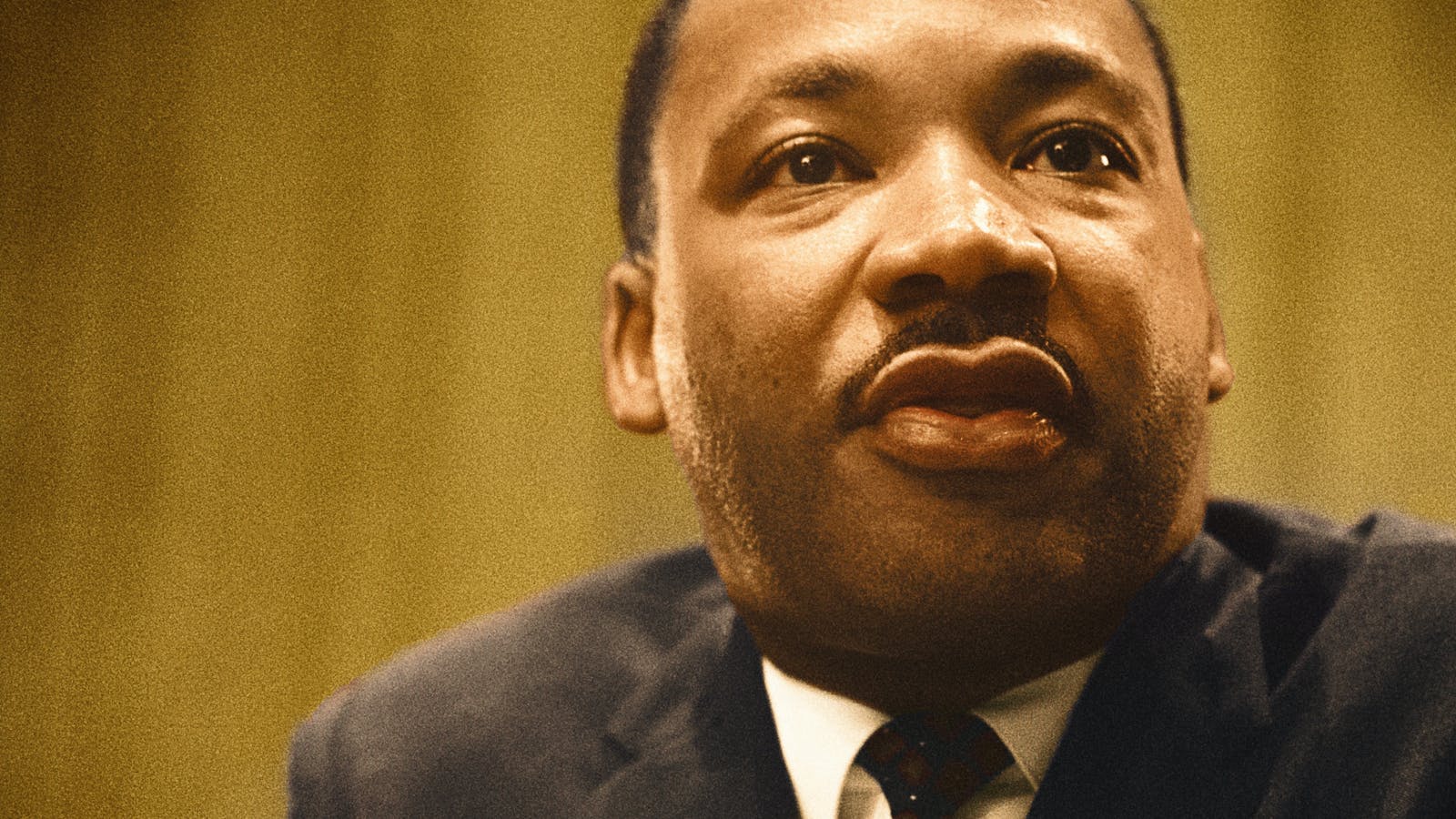 Martin Luther King and His Partner in the Cause

Christian citizenship expands far beyond the country on our passport. We share a citizenship with those from every nation who call upon the name of Jesus. 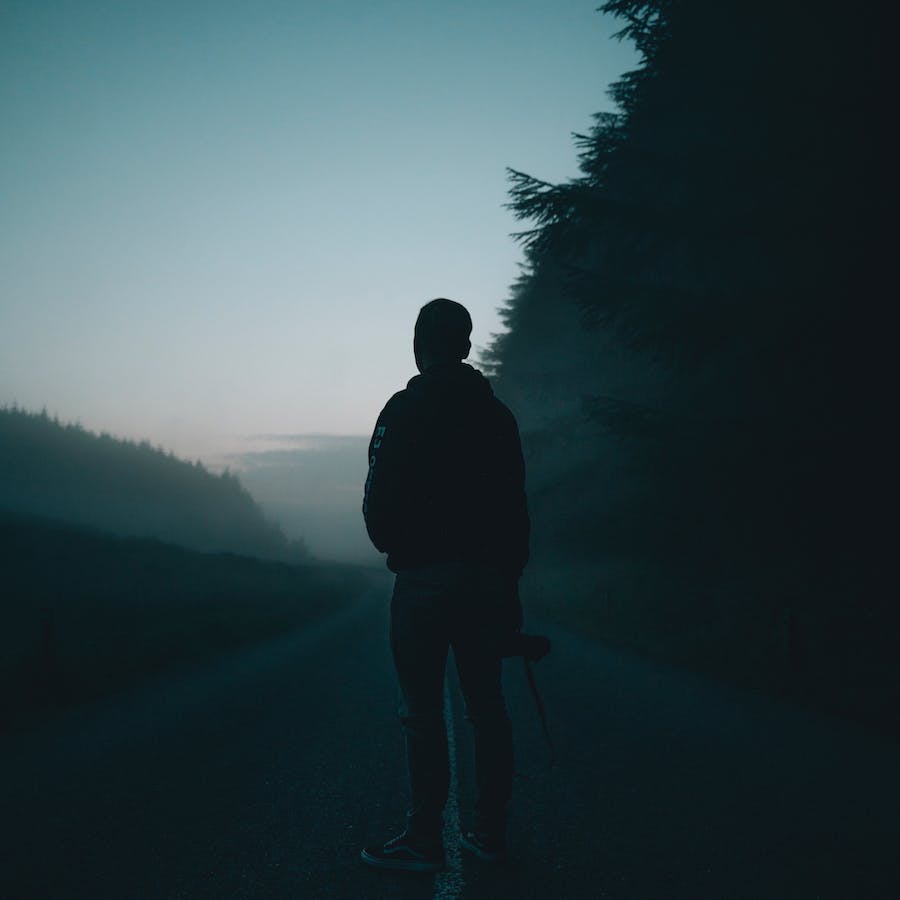 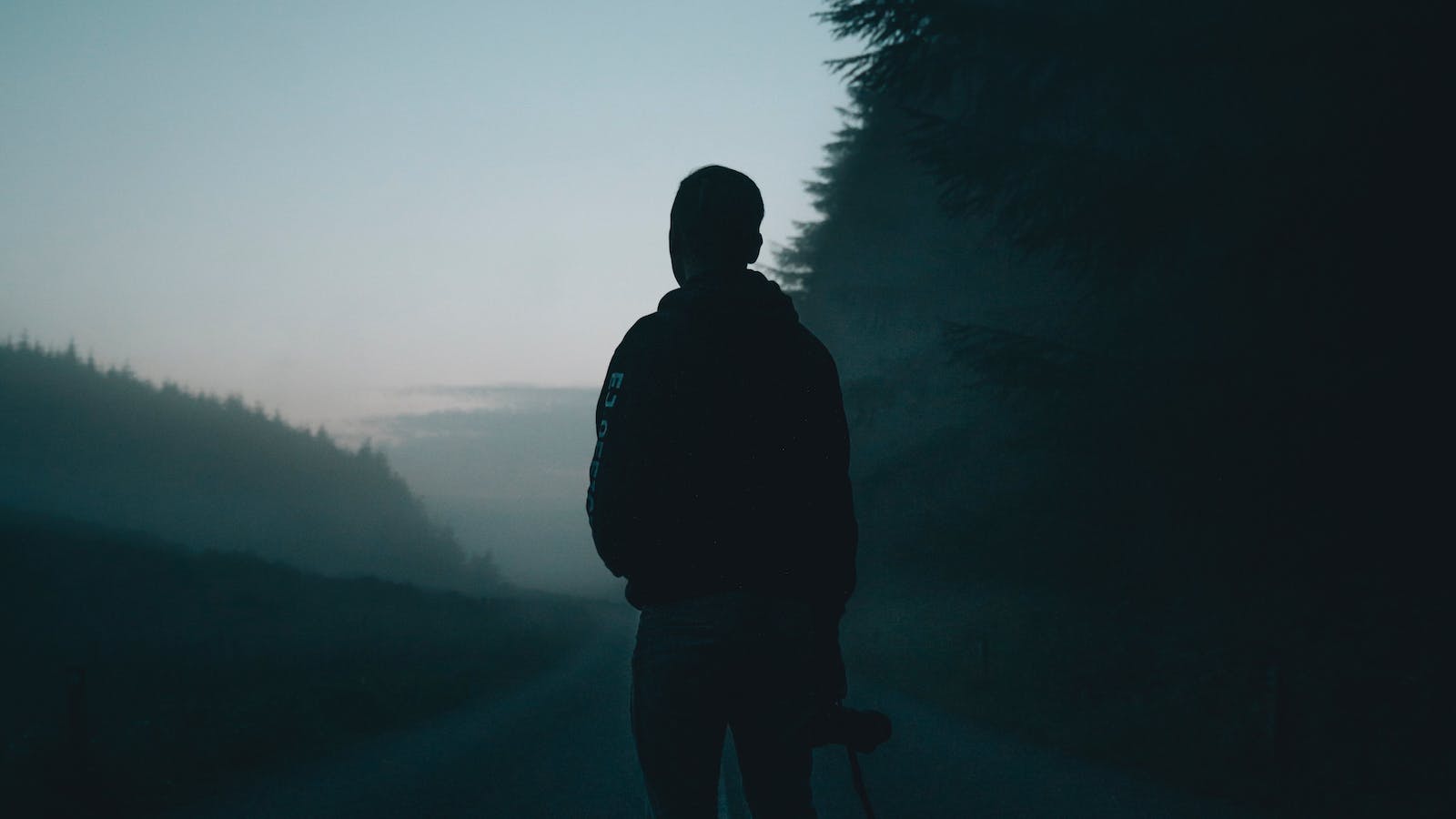 Why We Need the Armor of God

Spiritual warfare can be dramatic, but it most often takes place in the mundane details of our lives. 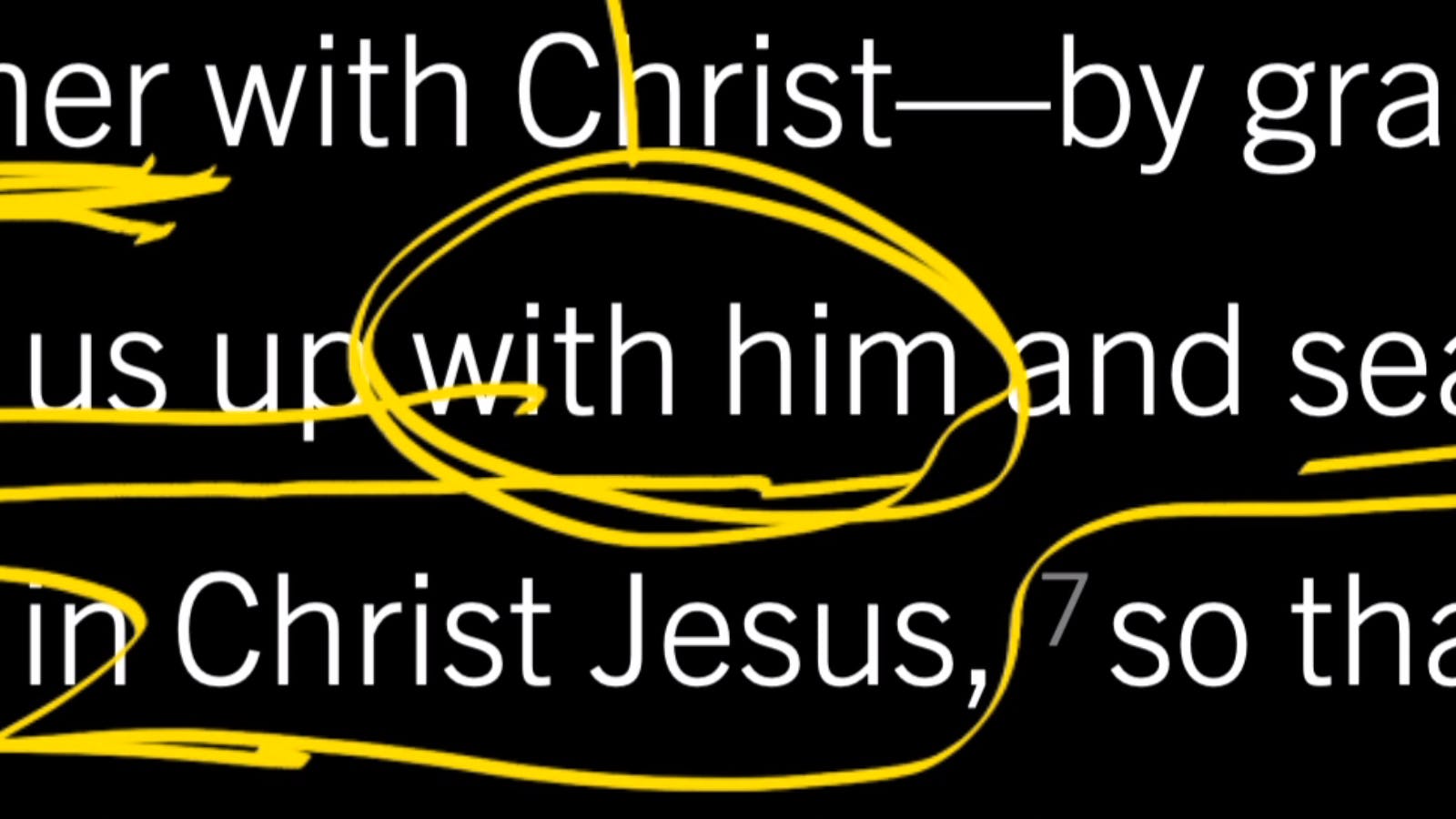 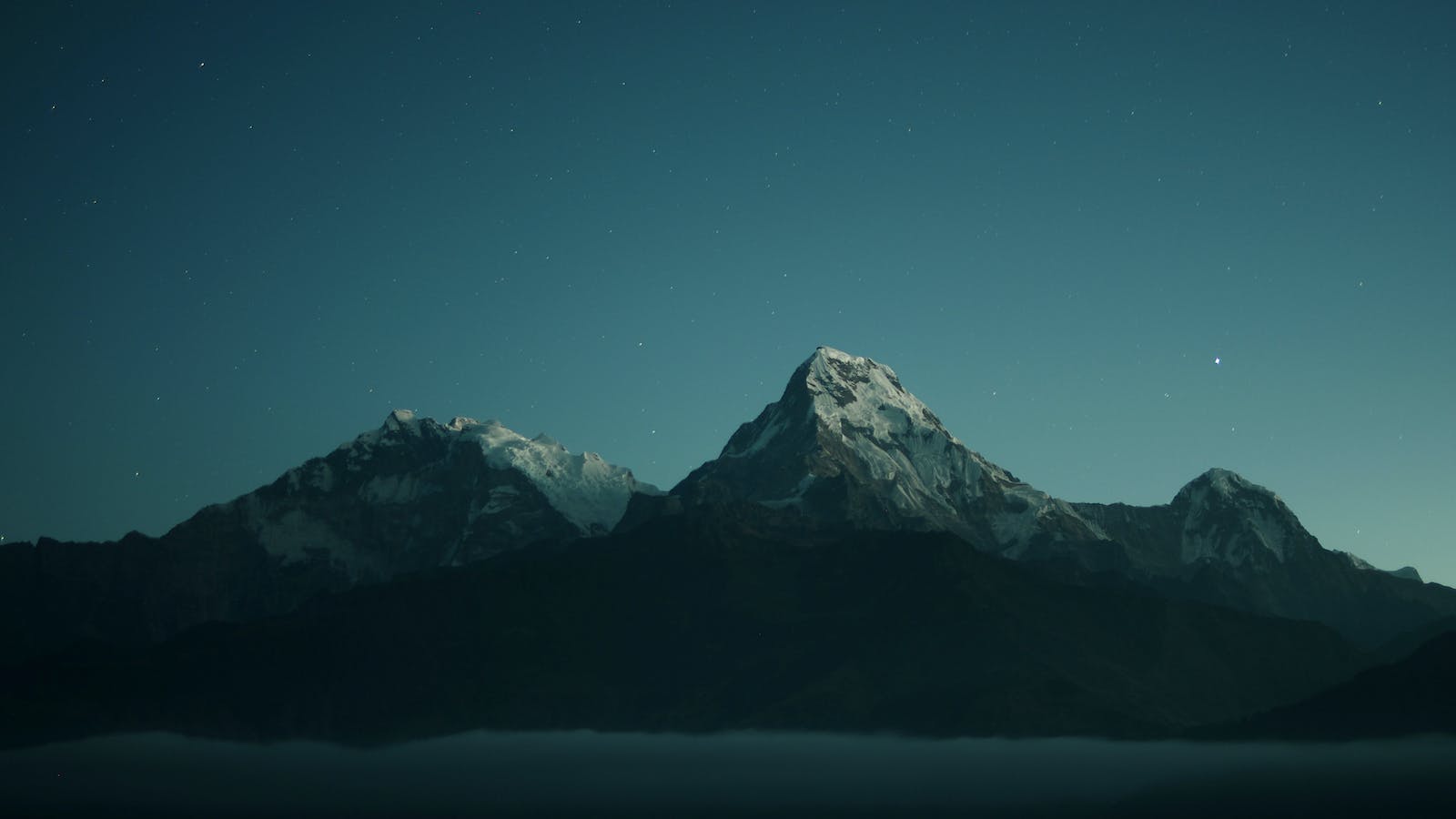