Let Him Who Boasts Boast in the Lord!

Hatred as the Echo of Love

I hope you will agree with me this morning that in order to love deeply, there are things you must deeply hate. You could think of examples yourself. To love children deeply you must hate any mistreatment or neglect that destroys them. If you love clear-headed kindness and respect, you have to hate alcoholism and drug addiction. If you love freedom, you have to hate slavery and totalitarianism.

The reason I start with this observation is because I am about to tell you something God hates, and I know that the word hate by itself has a negative and unattractive ring to it. But I want you to realize from the very outset that God's hatred is the reflex of his love.

More than anything else in the world, God hates human pride.

Pride as the Root Problem in the Corinthian Church

God hates human pride. And this is the root problem in the church at Corinth. Let's take a quick survey of the letters to Corinth to see if this is so, and also to see just what pride is. Ask these two questions as we go: is pride the root problem at Corinth, and what actually is pride?

Is Pride the Root Problem at Corinth?

What God Loves That Makes Him Hate Pride

What's the beautiful thing that is replaced or ruined by pride? What does God love so much that he must hate pride with all his might? The answer is plain from all these texts.

And if you have caught on to the essence of Christian Hedonism, you will know that when God delights in this, he delights in the deepest, most satisfying human experience possible. Because:

This is the source of all ultimate joy and satisfaction. If God were to delight in anything less than our boasting in him, he would be an idolater and he would be a killjoy. Pride diverts our capacity for exultation from the galaxies of God's glory to the gutters of our puny achievements. It is a decorated dead end street.

Therefore, God hates pride. And we should hate in ourselves what God hates in us, and wield the sword of the Spirit as best we can to slay this dragon in our souls.

So what I want to do is take you with me through Paul's thought process in 1 Corinthians 1:18–31. It comes to a climax in verse 31 with the words, "Let him who boasts boast in the Lord." So really what we are asking is, How does Paul guide a person from being proud and self-reliant into being a person who exults in God and not self?

May that happen for all of us this morning as we follow the Word of God.

I see at least five steps in Paul's thought in these verses. Let's look at them one at a time not necessarily in the order he wrote them but from the most basic premise to his final conclusion.

1. Recognize What We All Want to Boast In

The first step is the basic fact of experience that humans want something to boast in, but not God.

It might be a World Series ball team in your city that you boast about, or it might be your alma mater, or the company you work for, or a friend, or even a religion, or a church. Pride can boast in itself directly or it can boast in itself indirectly by association. So two absolutely incompetent ballplayers may brag about the ball team in their city as though they had anything to do with making the team good.

I think God created man with a deep desire to boast in something great, but sin came into the world and made every one of us hate to boast in God. So we seek for displays of power and displays of intelligence and we make these our gods. It might be the power of a tractor pull, or a rocket booster, or a motorcycle, or biceps that look like grapefruits, or (if you are a woman) the power of a shapely figure. Or it might be an A-average in school, or an advanced degree, or a published article, or a merit scholarship, or investment savvy, or the ability to win at Trivial Pursuit.

2. Affirm God's Superiority Over All Else

So the second step in Paul's thought is to affirm what everyone denies, namely, the superiority of God over all the power and wisdom of the world.

In other words it is a great tragedy when your quest for power and wisdom stops short of God. Because God is a treasure of power and a treasure of wisdom infinitely greater than any of the things that excite you in this world.

When God stoops to hold a child on his lap, he also holds the subatomic particles of that child's flesh in existence by the power of his thought. And when he stooped to let himself be mocked and beaten and crucified and stabbed, he destroyed the power of Satan over his people, he covered the sins of millions of sinners, and he vindicated the glory of his name.

So the third step in Paul's thought is to describe how God deals with man's love for human intelligence and power. It is stated in verse 19 and in verse 21.

He Blockades the Way of Self-Reliance and Pride


Here's the way I would put this in my own words: In his wisdom God decided to blockade all the roads that men are building to heaven by their own power and intelligence, and to put in their place one narrow gate and one hard road, namely, the Calvary road and the gate of the cross.

There are two ways that God destroys the wisdom of the wise and frustrates the cleverness of the clever.

Look at verse 30: "He [God] is the source of your life in Christ Jesus, whom God made our wisdom, our righteousness and sanctification and redemption."

He Opens Only One Way to Glory: the Cross

You can easily see why the cross is the end of the line for human pride. Picture a well-respected American businessman, a banker, lawyer, doctor, well dressed, well groomed, being taken out the gate of the city to the garbage dump and being stood in front of a post with a naked man hanging by the nails driven through his wrists, covered with blood, gasping for his last breaths, and being told, "This, sir, is wisdom and righteousness and holiness and redemption. Will you kneel down here and cast yourself on him for mercy?"

"We preach Christ crucified, a stumbling block to Jews and folly to Gentiles" (verse 23). "The word of the cross is folly to those who are perishing" (verse 18).

So in his wisdom God cuts off the way of pride and frustrates man's reliance on human power and human wisdom. And then he opens a way to glory and to God that proud man cannot stand, namely, the way of the cross.

Why? Is it because he hates man? No. It is because he hates pride. When God blockades the road of pride, he blockades the road to destruction. And when he routes you onto the Calvary Road of brokenness and humility and faith, he routes you to glory and to God—and in the presence of God is fullness of joy and at his right hand are pleasures for evermore (Psalm 16:11).

Therefore the fourth step in Paul's thought here is a kind of warning: there are not many powerful or shrewd people who respond to the saving word of the cross.

In other words not only has God blockaded the pathways of pride and opened the way of the cross, but he is also opening the hearts of many foolish and weak and low and despised people along with a few upper class people, in order to put to shame those who boast in power and wisdom and class and achievement.

Why? This brings us to our last step.

5. Declares the Purpose of God in Acting Thusly

The purpose of God in the creation of man and the salvation of sinners is that we might boast in HIM. This is God's will for you this morning. God is speaking in these words very clearly. And what he is saying is this: turn this very moment from all boasting in your self. Don't seek your pleasure any more in your own wisdom, or your own strength, or your own looks, or your own achievements. Look to Christ crucified and see what becomes of it all.

Paul said in Galatians 6:14, "Far be it from me to glory except in the cross of our Lord Jesus Christ, by which the world has been crucified to me, and I to the world."

So I call you to come to Christ and die this morning—and to live. And the promise of God is this: there is no greater life, no greater joy than to boast in him! 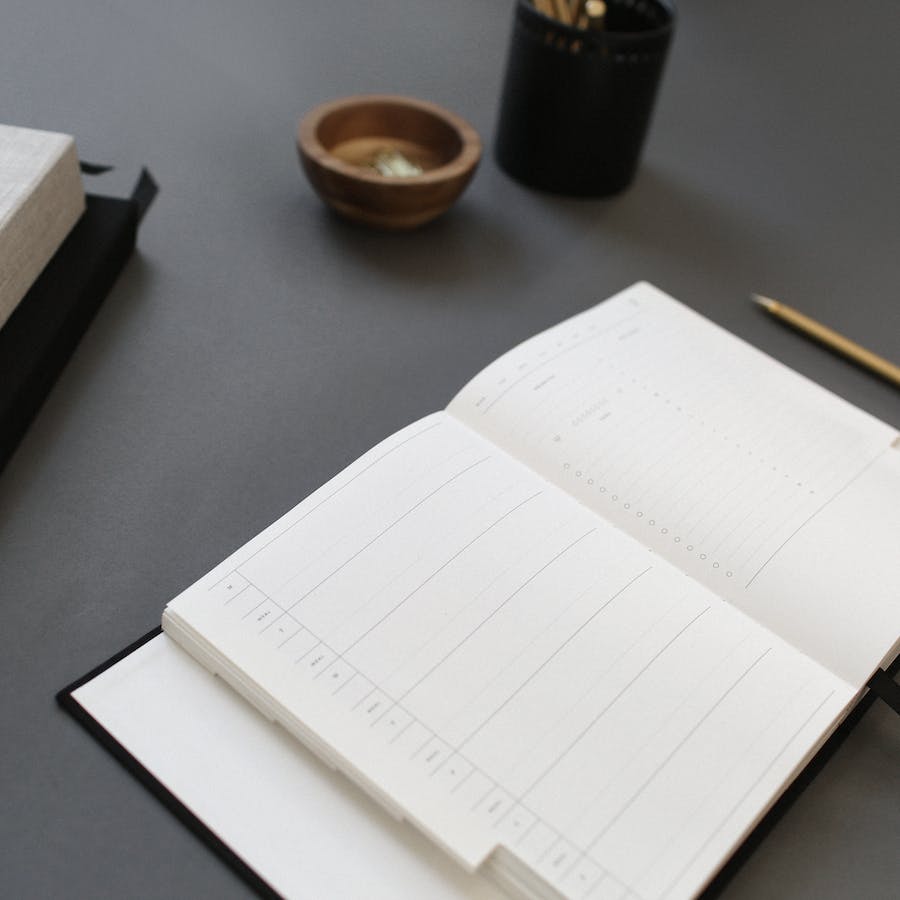 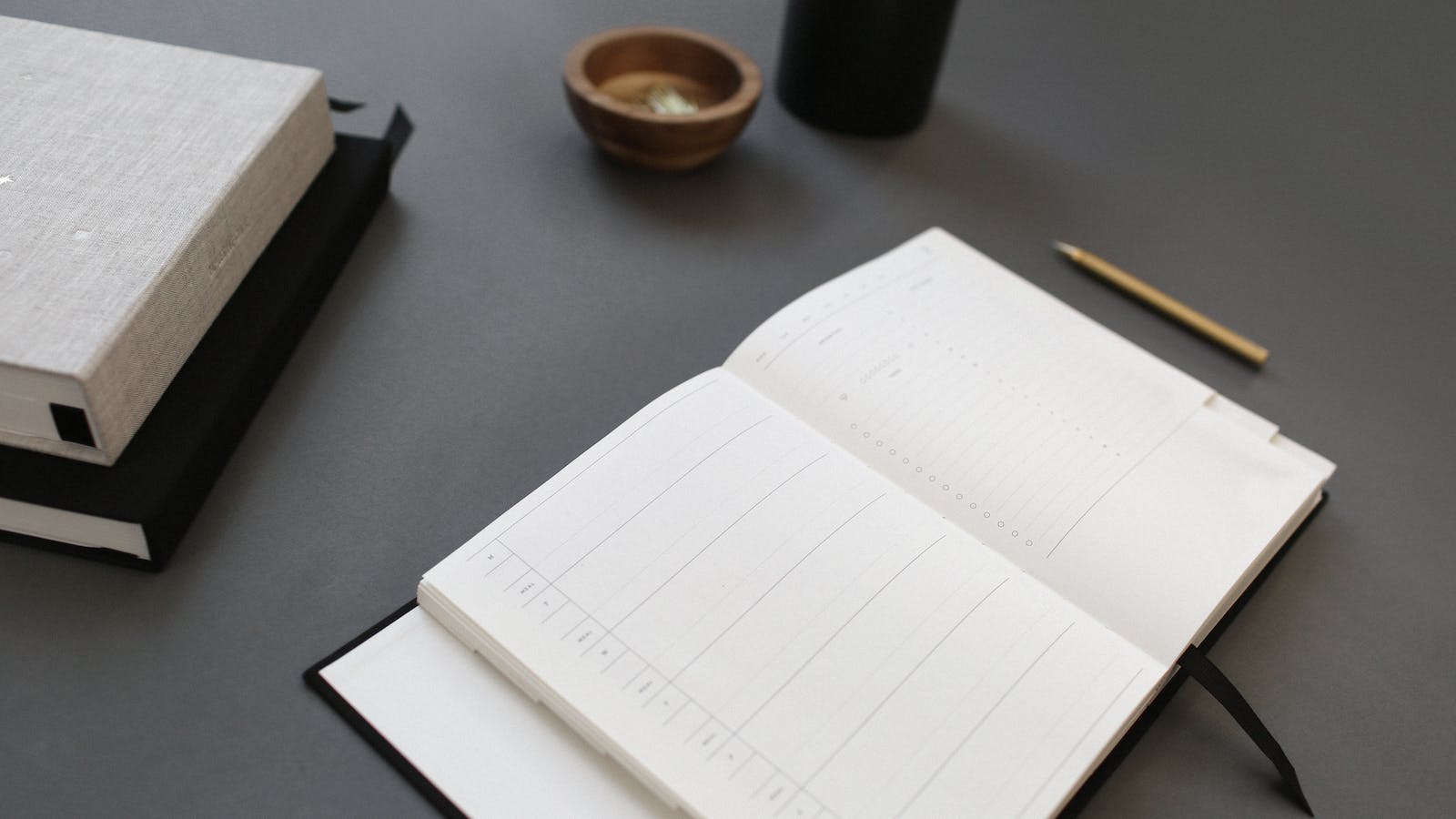 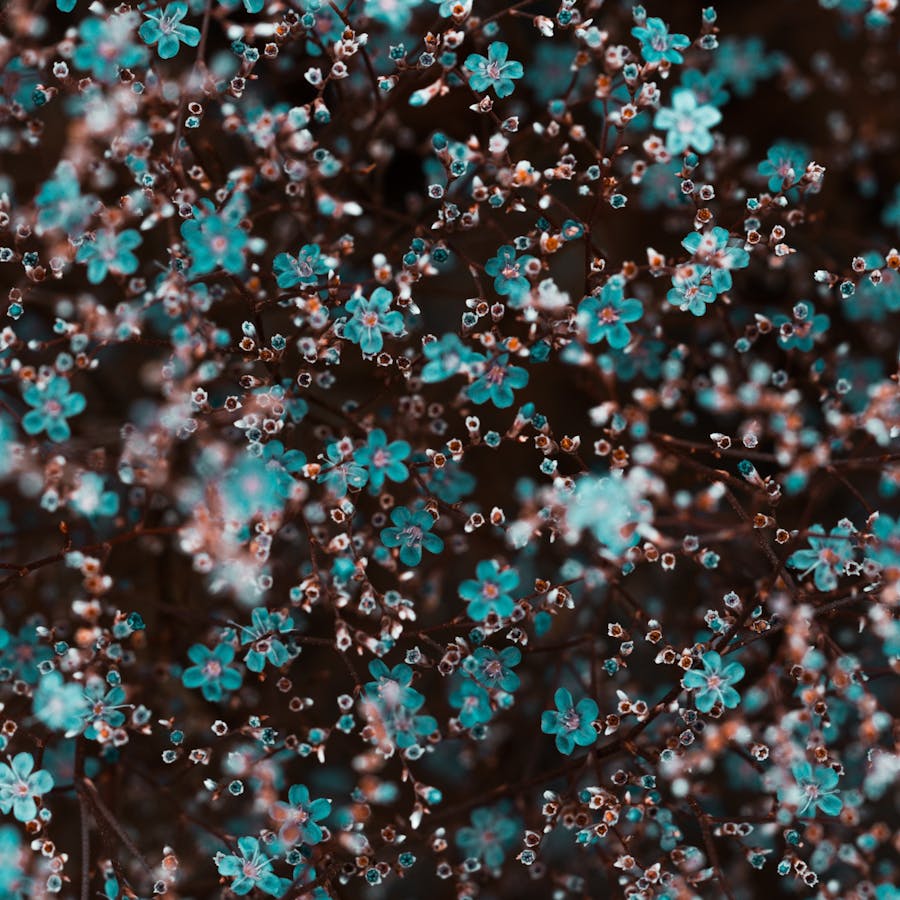 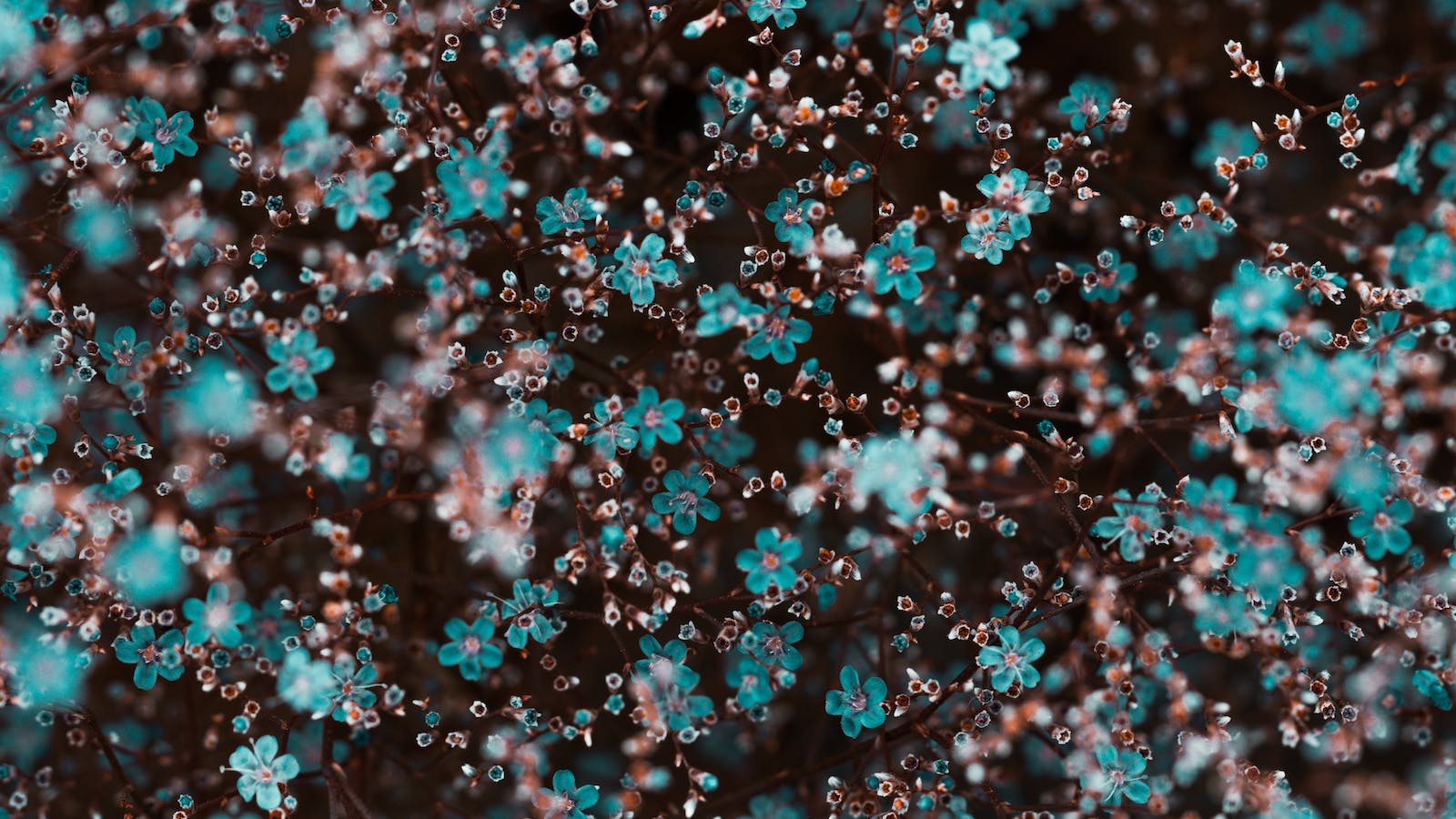 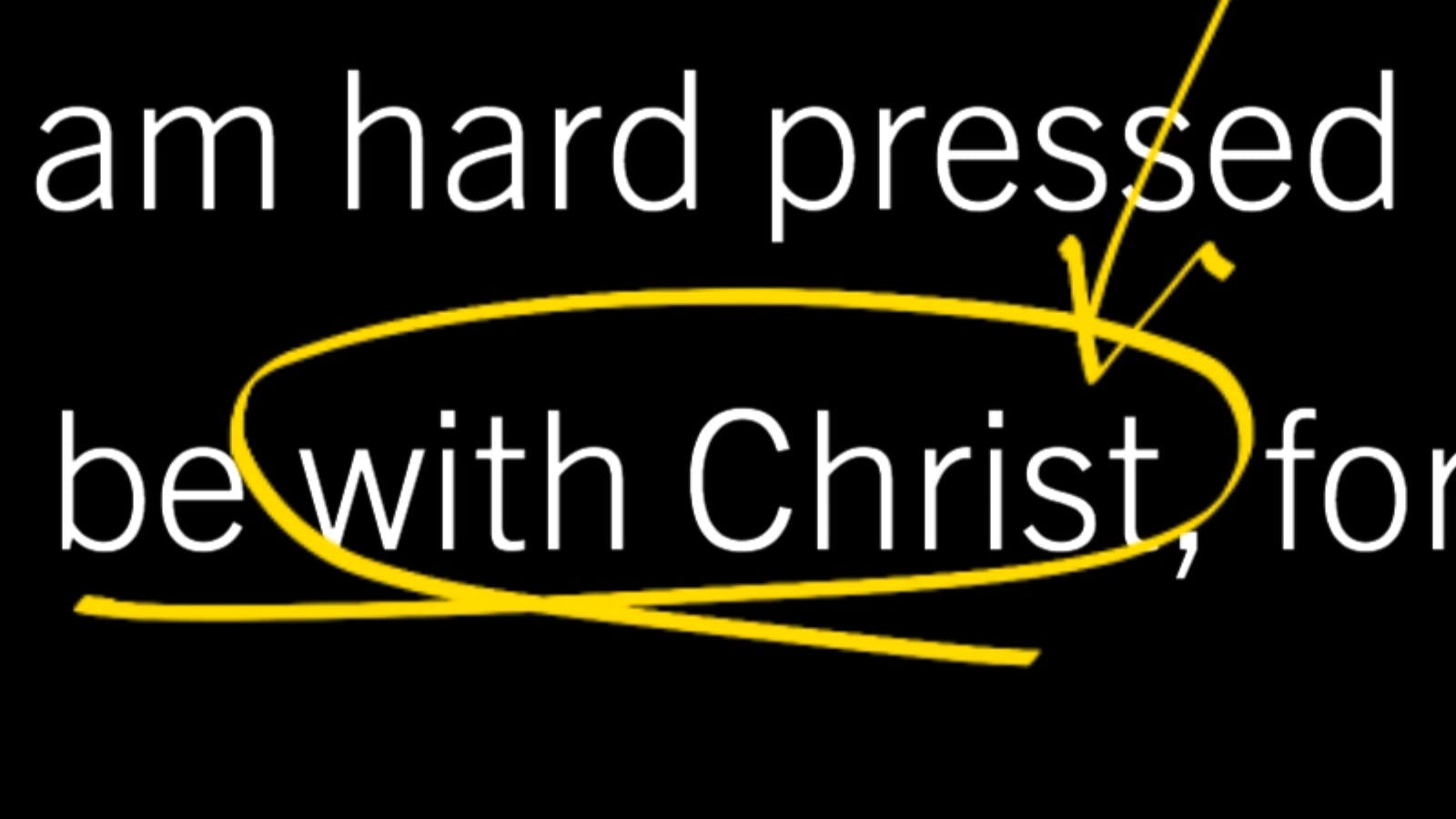 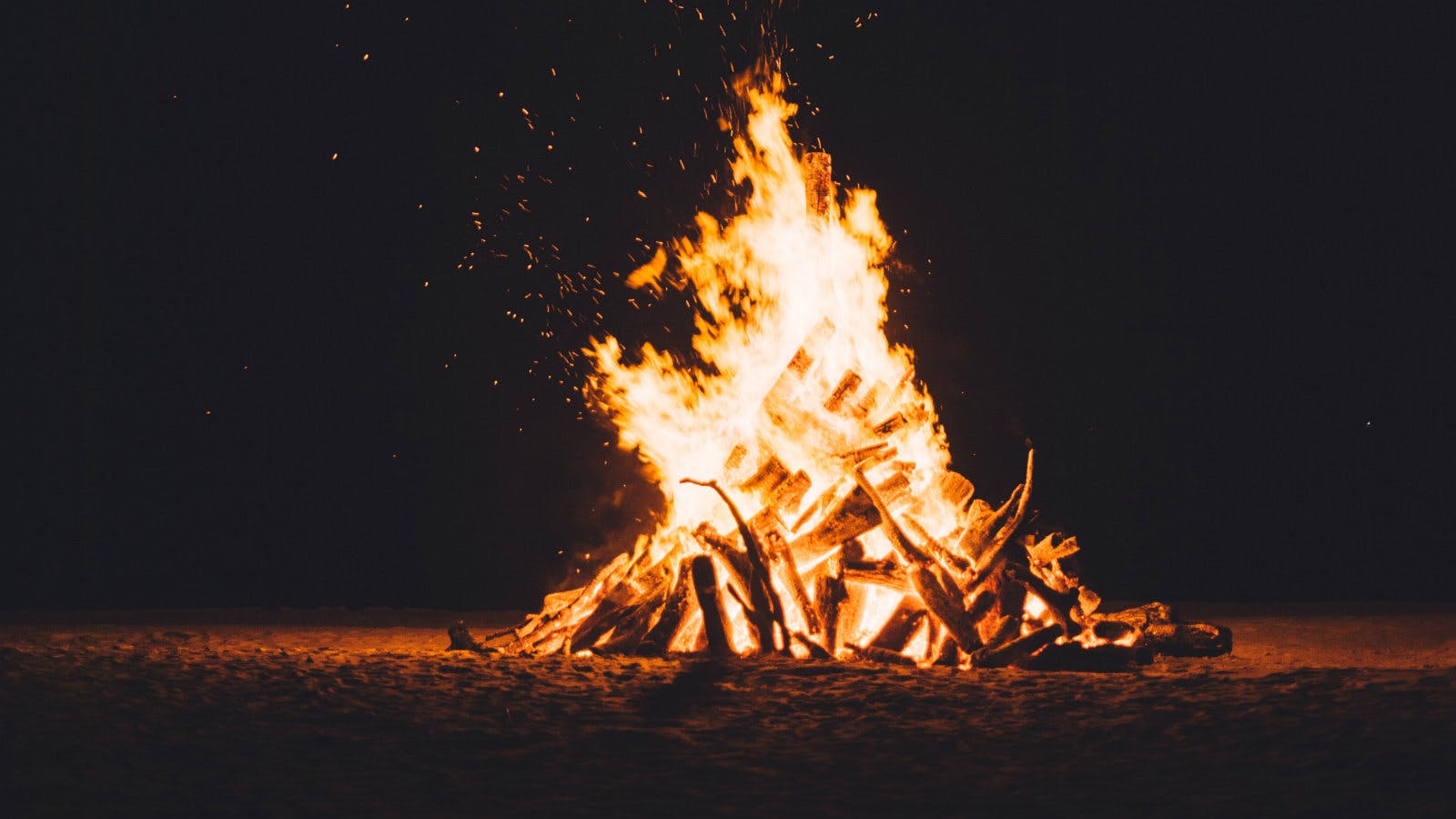 Six Steps to Shield Yourself from Satan

Satan is sending his fiery arrows at Christians all the time. The Bible prepares us to see them, and defend ourselves against them.