He was oppressed and he was afflicted, yet he did not open his mouth; like a lamb that is led to slaughter, and like a sheep that is silent before its shearers, so he did not open his mouth. By oppression and judgment he was taken away; and as for his generation, who considered that he was cut off out of the land of the living, for the transgression of my people to whom the stroke was due? His grave was assigned with wicked men, yet he was with a rich man in his death, because he had done no violence, nor was there any deceit in his mouth.

This Sunday and next Sunday we continue looking at the Servant of the Lord in Isaiah 53. Two weeks ago we focused on Isaiah 52:13 to 53:6. The "servant song," as it is sometimes called, begins, "Behold my servant will prosper . . . " And we said that the "servant" here in this song can't be the people of Israel and he can't be the prophet Isaiah, because he is serving both the people and the prophet. Verse 4: "Surely he bore our griefs and carried our sorrows." The Servant is carrying the griefs and sorrows of the people and of Isaiah. The Servant is someone else.

What Isaiah Knows About the Servant's Coming

But Isaiah doesn't understand fully who this servant is. Yet we saw last time that Isaiah knows at least five things about the coming of this Servant.

And we saw further last time that this is both revelation and validation. It is revelation because it reveals things about God and his way of salvation that we cannot know on our own. And it is validation because it comes 700 years before Christ, who fulfills the Servant prophecies so amazingly down to the details of how he suffered and died and was buried.

Today the revelation and validation continue into verses 7–9. And we see that God revealed even more to Isaiah than what we have seen. What we see is

Why Talk About Suffering at Springtime?

Before we look at these three verses, let me ponder something with you. We are one week into spring. The sun is starting to make things warm. The heaviness of Minnesota February feels like it is lifting. Why should you want to hear about suffering, death and burial this morning?

Or maybe you are still caught up in the excitement of the boys' state basketball tournament, or maybe you are just beginning to feel the adrenaline of all the NCAA games that are on us. Or maybe you are getting excited about starting your garden, or the beginning of softball season, or the drying off of the golf course, or the spring break, or the wind in your face with real biking and not stationary biking, quiet walks in the evening without frostbite, or the new baby coming, or eating out in the backyard.

There are a hundred reasons in the spring to feel new fresh feelings of expectation. That's the meaning of spring. So why should I want to think about suffering and death and burial this morning?

We Need More Than a "Springtime" Christ

The answer takes some maturity to appreciate. In general, the older you are, the more you will feel a "yes" rising in your heart to this answer. The answer is this: springtime doesn't last in this age, and if all you have is a springtime Christ, you will feel destitute in your winter's night of suffering—which may happen tomorrow, even in the beginning of spring.

If I gave you a Christ who was a chipper, happy-go-lucky, buddy, chum, pal, whose job was to cheer you on in your springtime excitements, it would be a little piece of the truth. And it would make for a brighter, more chipper Sunday morning message perhaps. But you know what? I think most of the radio and TV and advertising is already doing that—encouraging you to be chipper, upbeat, sunny, successful, comfortable, leisurely, sporty, smiley, fun people. And I could chip in there and say, "Look, Jesus invented all the good things in the world anyway, and he knows how to play ball and rollerblade and bike and surf and garden and shoot buckets better than anybody else in the universe. So let's get with it for Jesus' sake."

I could make a great case for God-centered recreation. And I've done it at times. But the burden of my life is not to enhance your springtime leisure. My burden is to help you survive and thrive in the winter of your life—to help you say, "When all around my soul gives way, then Christ is all my help and stay." Not many people in this culture have that goal for you. Not many devote their life to that.

Winter Is Coming for Everyone

One of the reasons I do is because I know that winter is coming for every one of you. There are health winters and marriage winters and parenting winters and vocational winters and there will be one final winter of death. In those winters you will not want a chipper, happy-go-lucky, buddy, chum, pal of a Christ. You will want a Christ who was "a man of sorrows and acquainted with grief." And you will want pastors who are better at weeping than at laughing. And you will want hope—not, cheery, blithe, sunny, springy, toothy, TV hope, but solid, unshakable, everlasting, God-guaranteed hope in the face of utter darkness.

And that hope is rooted in and based on the suffering, death, and burial of the Servant of the Lord, Jesus Christ. So look at these three verses with me:

The Suffering of the Servant

Four Things That Happened to Him

We see four things that happened to him and hear three times how he responded.

Which leads to the way the Servant responded to all of this. Three times we are told in verse 7: "He was oppressed and He was afflicted, yet

His response was an amazing silence, patience, acceptance.

At the mock trial in the middle of the night at Caiaphas' house when Jesus was accused by false witnesses, the high priest said, "Do you make no answer, what is this that these men are testifying against you?" And Jesus was silent (Matthew 26:62–63).

Then later, early in the morning, Pilate said to Jesus in the Roman headquarters, "Do you make no answer? See how many charges they bring against you." But Jesus made no further answer, so that Pilate was amazed (Mark 15:4–5).

Pilate sent Jesus to Herod, and Luke tells us that Herod "questioned him at some length, but he answered him nothing" (Luke 23:9).

Jesus knew his prophecy. He knew his calling. He was the Servant of the Lord. He was the Messiah. He was the Lamb of God that takes away the sin of the world. Therefore when he was reviled, he did not revile in return and when he suffered, he did not threaten (1 Peter 1:23).

But he did not just suffer and respond with patient silent obedience. He also died.

The Death of the Servant

Verse 8: "By oppression and judgment he was taken away; and as for his generation, who considered that he was cut off out of the land of the living, for the transgression of my people to whom the stroke was due?"

This is the heart of the gospel of God: Jesus the Servant of God was cut off out of the land of the living NOT for his own transgressions, but for the transgressions of his people. It runs all through this chapter. He was wounded for our transgressions. He was bruised for our iniquities. The chastisement that made us whole was on him and by his stripes we are healed. The Lord laid on him the iniquity of us all. And now verse 8 makes it crystal clear: he died.

The Response of His Generation

And what was the response of his generation when he was cut off? Isaiah said, "Who considered it?" "As for his generation, who considered . . . " The word "considered" is not a word for "notice" or "perceive." It's a word for muse or ponder or meditate. The point seems to be: we can see the greatest event in the world happening, and yet not see it. We can hear without hearing. We have an incredible capacity for assessing spiritual things wrongly. And one of our greatest weaknesses—more today than ever probably—is that we do not meditate on the great things. We do not stop and ponder the things of God.

So let us learn from Isaiah's indictment of the generation of Jesus: consider, ponder, muse, meditate, reflect, study, contemplate the great things—and this is the greatest of all: the Servant of the Lord was cut off out of the land of the living for the transgressions of his people.

The Burial of the Servant

Finally, verse 9 speaks of the burial of the servant. Verse 7: he suffered patiently; verse 8: he died for his people and scarcely anyone took it to heart; now he is buried.

Verse 9: His grave was assigned with wicked men, yet he was with a rich man in his death, because he had done no violence, nor was there any deceit in his mouth.

A Twist of Hope

Why Is This Significant?

Now why is that significant? Why did God plan it that way and prophesy 700 years ahead of time that it would be that way? Perhaps the reason is this: When Jesus died, the work of redemption was done. He had cried, "It is finished." He had suffered, he had been assigned a place with the wicked, dying like a criminal between two thieves, and the expectation was that he would have his grave (if any grave at all) with the wicked. But he didn't. The work of redemption was done. There was no more need for humiliation. Instead God signified the honor of his servant by arranging for him an honorable burial in the grave of a rich man, the disciple, Joseph of Arimathea.

So even the burial of Jesus was lined with hope. He may have looked like a criminal dying for his own crimes. But he was not. He was the Servant of the Lord. And when the work of suffering like a sacrificial Lamb and dying for the transgression of his people was done, God began to honor him even in the way he was buried.

When you pass through the winter seasons of your life, and especially when you come to that last winter of death, I pray that you will remember the Servant of the Lord—his suffering as a Lamb, his death for your transgressions, and his honorable burial with the rich. We walk out into the sunshine of this new spring day and know that when it fails—as fail it will—God will not. 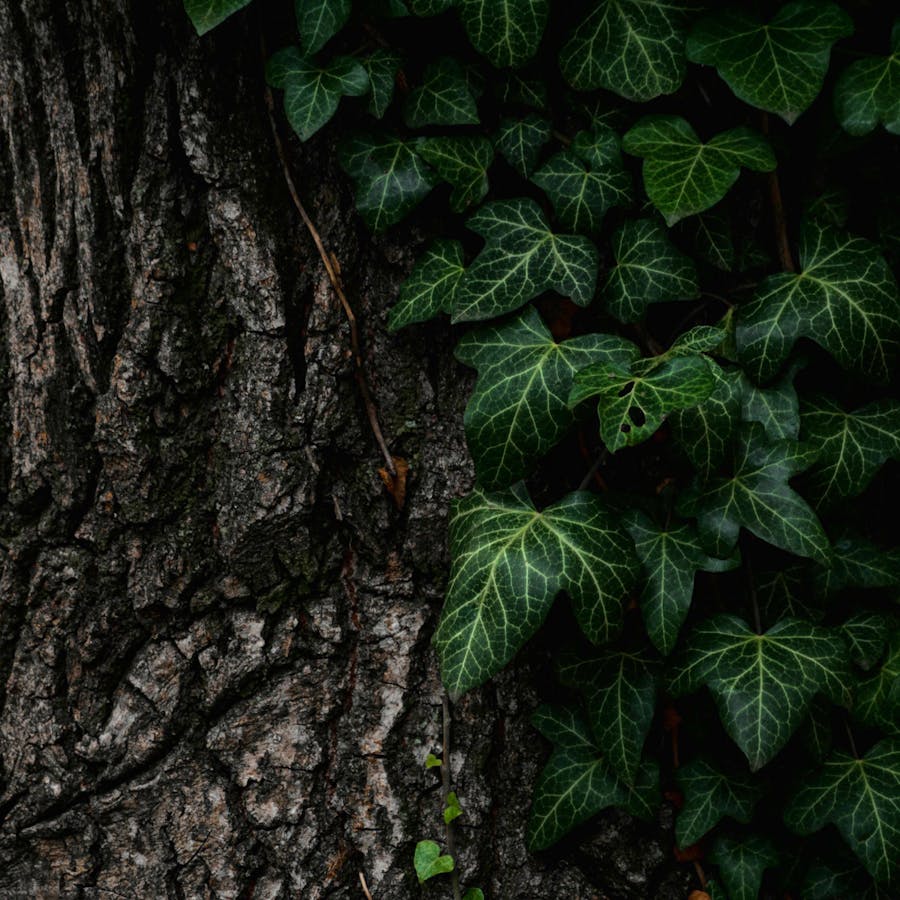 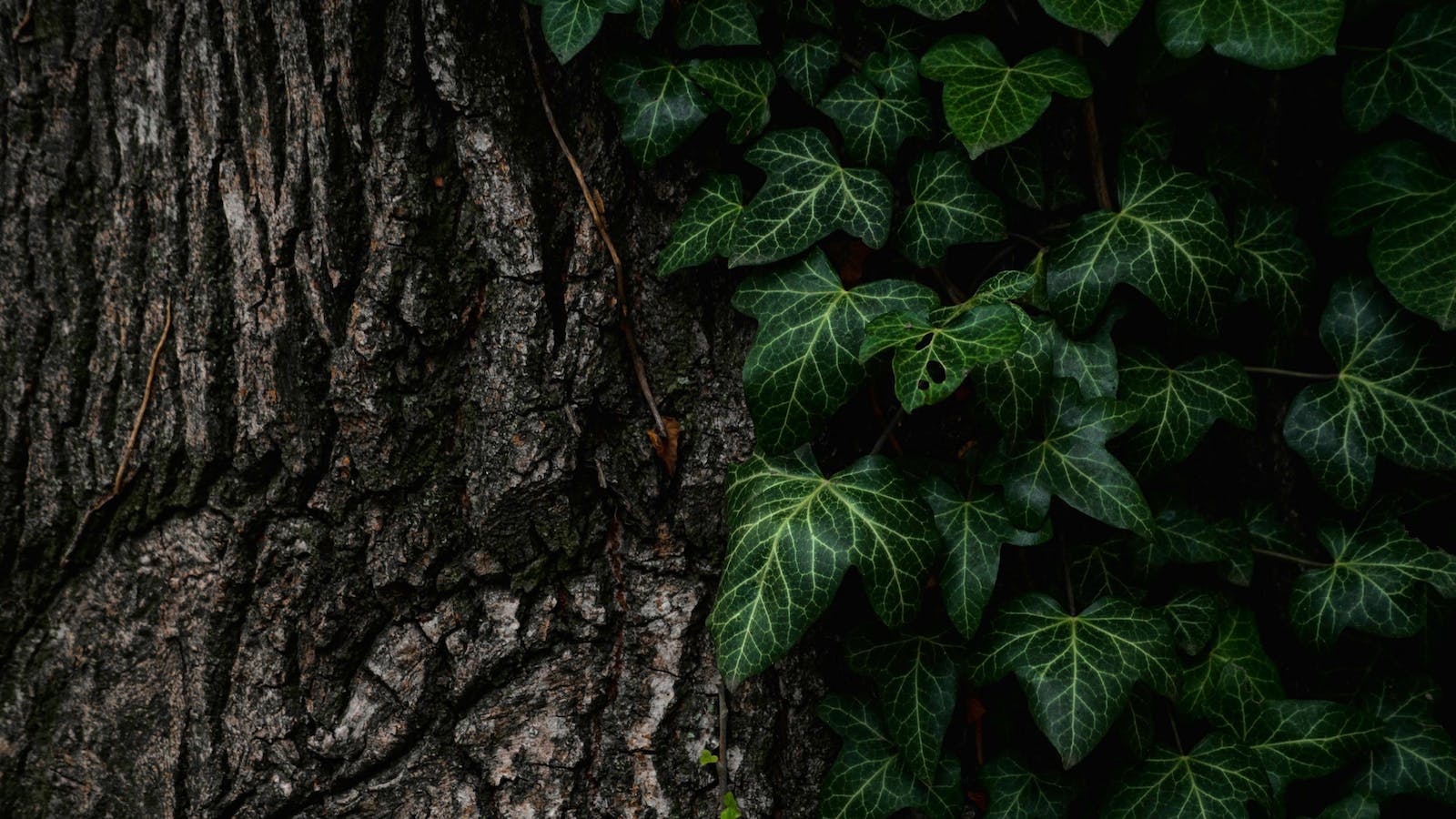 The Curse Between Us

Why Racial Healing Begins at Calvary

The cross of Jesus Christ is not only sufficient for addressing ethnic animosity in the church — it is the only thing that can.