I desire then that in every place the men should pray, lifting holy hands without anger or quarreling; also that women should adorn themselves modestly and sensibly in seemly apparel, not with braided hair or gold or pearls or costly attire but by good deeds, as befits women who profess religion. Let a woman learn in silence with all submissiveness. I permit no woman to teach or to have authority over men; she is to keep silent. For Adam was formed first, then Eve; and Adam was not deceived, but the woman was deceived and became a transgressor. Yet woman will be saved through bearing children, if she continues in faith and love and holiness, with modesty.

What we saw last week from Ephesians 5:32 was that marriage is a mystery. God gave it a meaning at the beginning of creation that was not fully revealed for a long time. But now it’s made plain in the New Testament. And the mystery is this: marriage is an image or picture of Christ’s relationship to his bride the church. A husband and a wife are meant by God to be living images of Christ and the church in relationship to each other.

Before Sin Ever Entered into the World

So when God created man and woman, he made us the way we are — with the differences of manhood and womanhood — so that we would be suited for these complementary roles (and for the other expressions of complementarity outside marriage). In this drama, man was meant to play the role of Christ, and the woman was meant to play the role of his bride the church.

And we have stressed for five weeks now that these differences are not the result of sin. Sin didn’t create manhood and womanhood. God did. And sin did not bring diversified, complementary roles into existence. God did. Before sin ever entered the world, God ordained and fitted Adam to be a loving, caring, strong leader for his wife Eve. And before sin entered the world, God ordained and fitted Eve to be a partner who supports and honors that leadership and helps carry it through. Both in the image of God. Both equal in their God-like personhood. But also different in their manhood and womanhood.

What Sin Ruined and Christ Recovered

So what Paul did in Ephesians 5 (as we saw last week) is call for a recovery of God’s original idea. He doesn’t abolish what God created at the beginning. He wants to get back to it: true biblical headship and true biblical submission. Here’s the way we defined these two realities from our study last week:

When a husband leads like Christ and a wife responds like the bride of Christ, there is a harmony and mutuality that is more beautiful and more satisfying and more fruitful than any pattern of marriage created by man. God loves his people and he loves his glory. And therefore when we follow his idea of marriage, we are most satisfied and he is most glorified.

The Real Test of Whether We’ve Grasped This

Now the real test I think of whether we have grasped the biblical essence of manhood and womanhood and affirm it as true and beautiful — the real test is whether Paul’s application of it to the life of the church surprises and offends us or not. If the New Testament roles for man and woman in marriage are rooted not in sinful pride and not in cultural expectations, but in God’s original design for creation, then how would you expect this original design to express itself in the life of the church? That’s what we have before us today in 1 Timothy 2:11–14.

Let’s seat ourselves before these unpopular verses and listen for a few minutes, and see if the story they tell is really as unattractive as so many think it is.

Let a woman learn in silence with all submissiveness. I permit no woman to teach or to have authority over men; she is to keep silent. For Adam was formed first, then Eve; and Adam was not deceived, but the woman was deceived and became a transgressor.

First, “silence.” Verse 11: “Let a woman learn in silence.” Notice that the word “silence” is used two other times in nearby verses.

The word for silence here (hesuchia) is used earlier in verse 2 of this chapter (hesuchion). But there it refers to the “quiet” life which all godly people should lead. “Pray . . . that we may lead a quiet and peaceable life, godly and respectful in every way.” This gives you the tone and the extent of the word. It doesn’t refer to absolute silence: a “quiet” and peaceable life is not a life of total silence. It’s a life untroubled and serene and content. So the silence doesn’t seem to be total. It’s more like what we would call “quietness.”

We’ll come back in a minute and be more specific about just what this submission is.

The second thing we need to look at is the reference to teaching in verse 12. How extensive is Paul’s prohibition when he says, “I permit no woman to teach”?

To answer this, one thing we can do is look at other places where Paul and others talk about women teaching. For example in Titus 2:3 he says that the older women are to teach the younger women (at the end of the verse): “they are to teach what is good, and so train the younger women to love their husbands and children.”

Another example is 2 Timothy 3:14 where Paul tells Timothy to remember from whom he learned the Scriptures. And the persons he has in mind (we can tell from 2 Timothy 1:5) are Eunice and Lois, Timothy’s mother and grandmother. (His father was not a believer or even a Jew [Acts 16:3]).

One other example is Priscilla. It says in Acts 18:26, “When Priscilla and Aquila heard Apollos, they took him and expounded to him the way of God more accurately.”

So, it’s not likely that Paul is saying in 1 Timothy 2:12 that every kind of teaching is forbidden to women. There are examples of them teaching younger women, teaching children, and in some way teaming up with their husbands to give private instruction when someone is confused or uninformed like Apollos.

Instead of letting the word “teach” mean anything we want it to mean or think it might mean, it’s safer to say, it probably means a kind of teaching that somehow relates to authority. Teach and exercise authority go together. So at least one general thing we can say about women teaching is that Paul forbids it when it is part of the exercise of authority over men.

That leads us to the third question, namely, what is this “authority” referred to in verse 12?

The key that unlocks this door is a very interesting observation. When you read the rest of 1 Timothy about the role of elders in the church, what you find is that the elders had two basic responsibilities: they were to govern and they were to teach. You can see this in the qualifications of 1 Timothy 3:1–7, but the easiest place to see it is in 1 Timothy 5:17, “Let the elders who rule [or govern] well be considered worthy of double honor, especially those who labor in preaching and teaching.”

Elders rule or govern, and elders teach or preach. Back in Acts 20:28, you may recall, the elders in the church at Ephesus were called by the Holy Spirit and made “overseers” and charged with “pasturing” or feeding the flock, that is, teaching the whole counsel of God.

I don’t think it’s coincidental that what Paul says in 1 Timothy 2:12 is that he does not permit a woman to teach and exercise authority over men. He is saying in essence: I do not permit women to fill the office of elder in the church. The elders are charged with the leadership and instruction of the church.

So the authority Paul has in mind in 1 Timothy 2:12 is the authority of elders. And what is that supposed to look like? Well, we saw already from Jesus in Luke 22:26 what it’s supposed to look like: “Let the greatest among you become as the youngest, and the leader as one who serves.” Paul said in 2 Corinthians 10:8; 13:10 that God gave him authority in the church not for tearing down or destroying but for building up. And Peter said to the elders of the churches (1 Peter 5:3). “Do not domineer over those in your charge, but be examples to the flock.”

And that last point is very important. For men and women who have a heart to minister — to save souls and heal broken lives and resist evil and meet needs — there are fields of opportunity that are simply endless. God intends for the entire church to be mobilized in ministry, male and female. Nobody is to be at home watching soaps and reruns while the world burns. And God intends to equip and mobilize the saints through a company of spiritual men who take primary responsibility for leadership and teaching in the church.

There are many voices today who claim to know a better way to equip and mobilize the men and women of the church for ministry. But I commend to you this morning with all my heart the plain meaning of these verses: 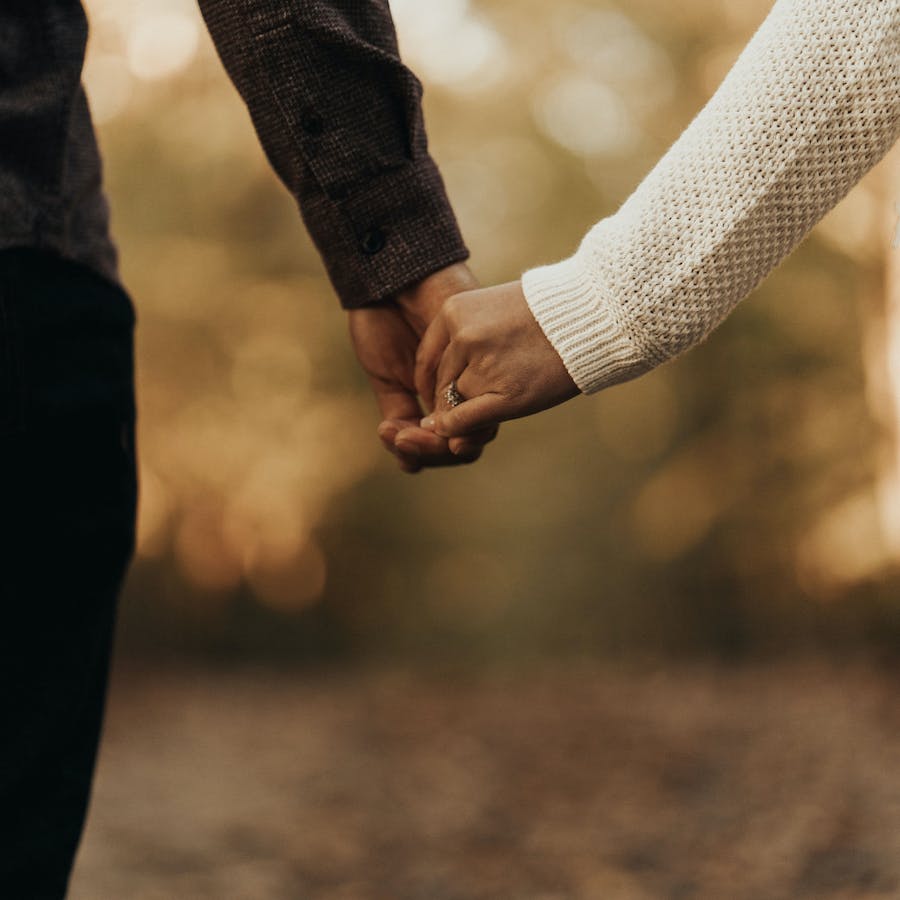 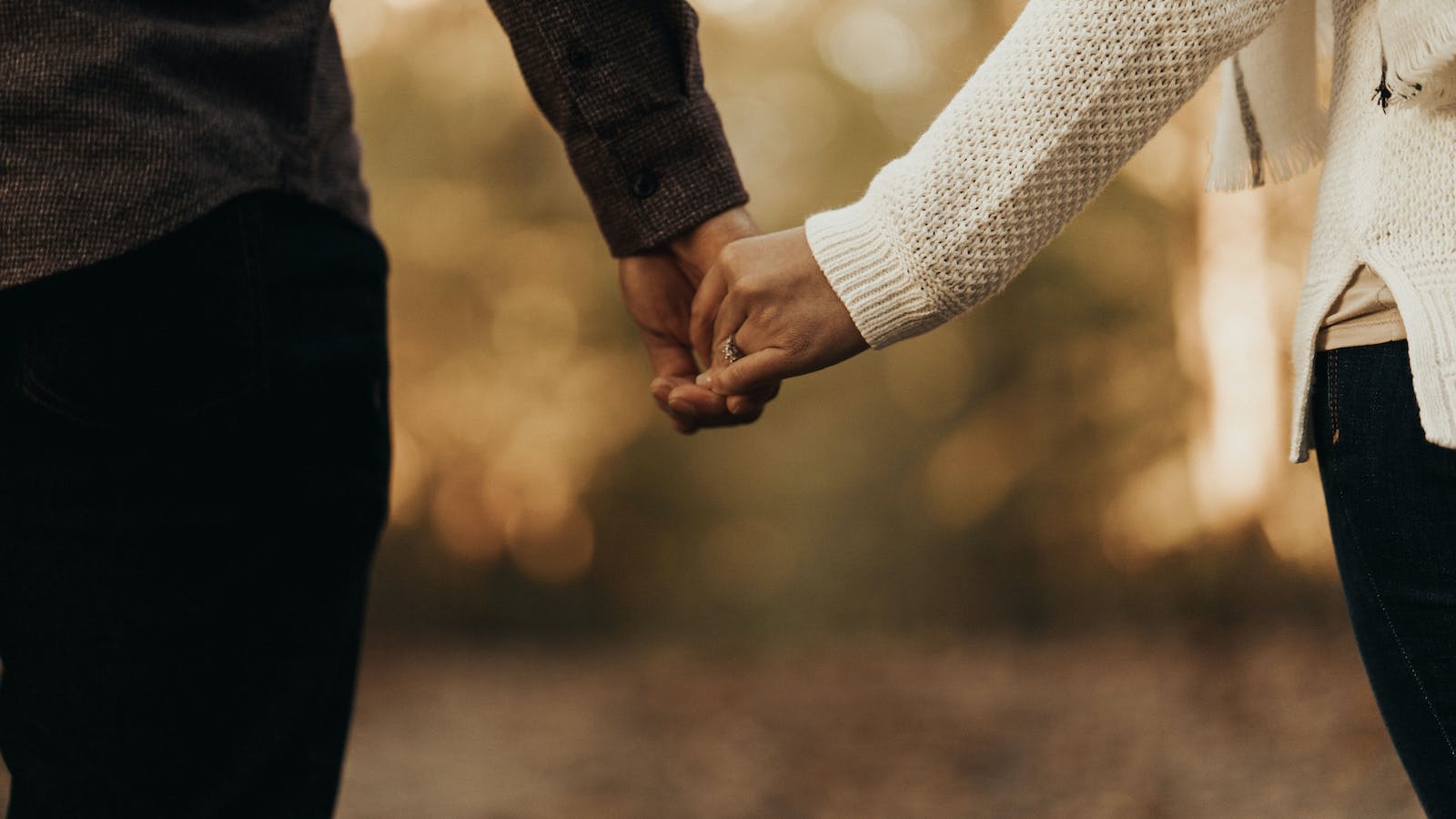 How Can I Disagree with My Husband and Still Submit?

How can a wife disagree with her husband about a decision while still submitting to his leadership in the home? 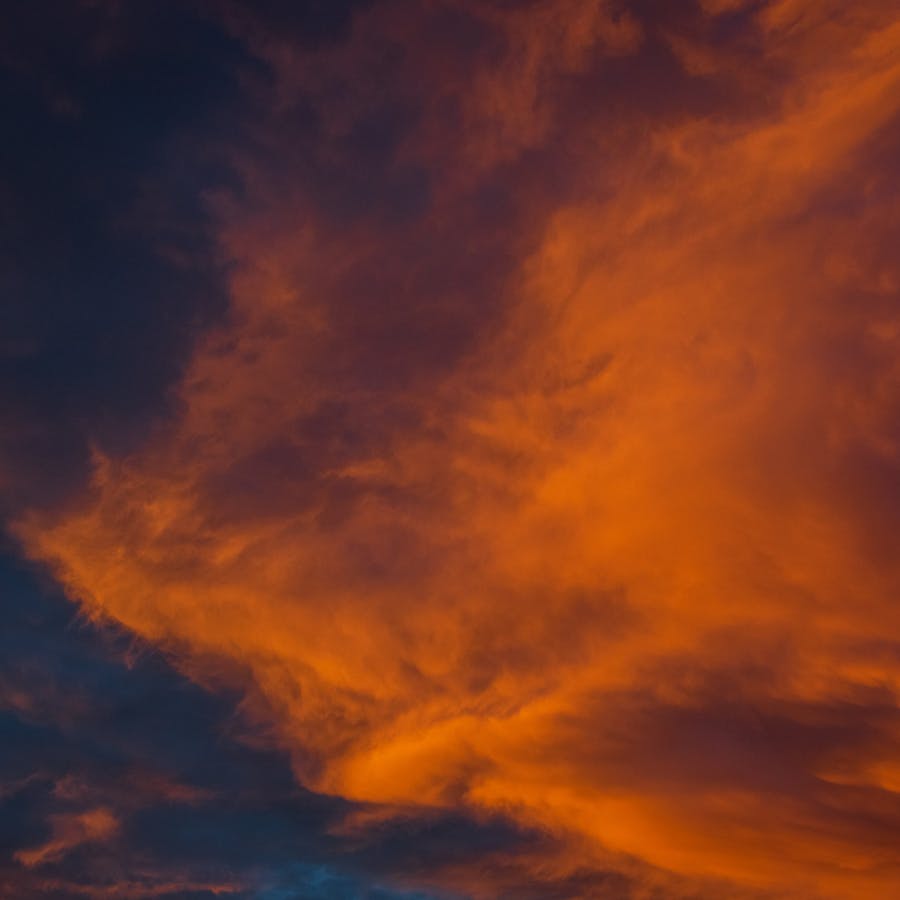 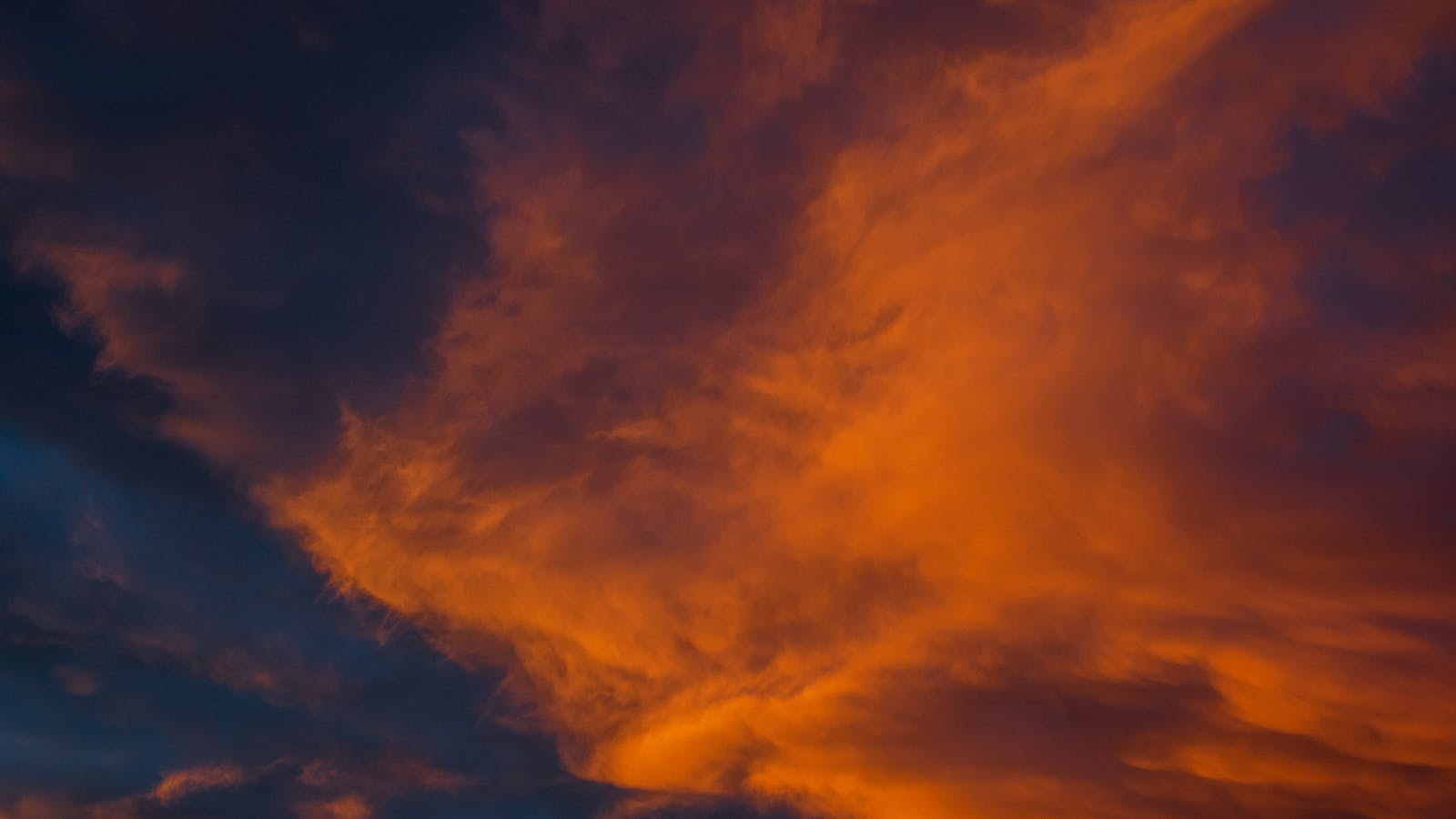 Exploring the Afterlife in the Old Testament

Sheol is a place of gloom and darkness, where the dead go and do not return. How can Christians understand this Old Testament vision of the afterlife? 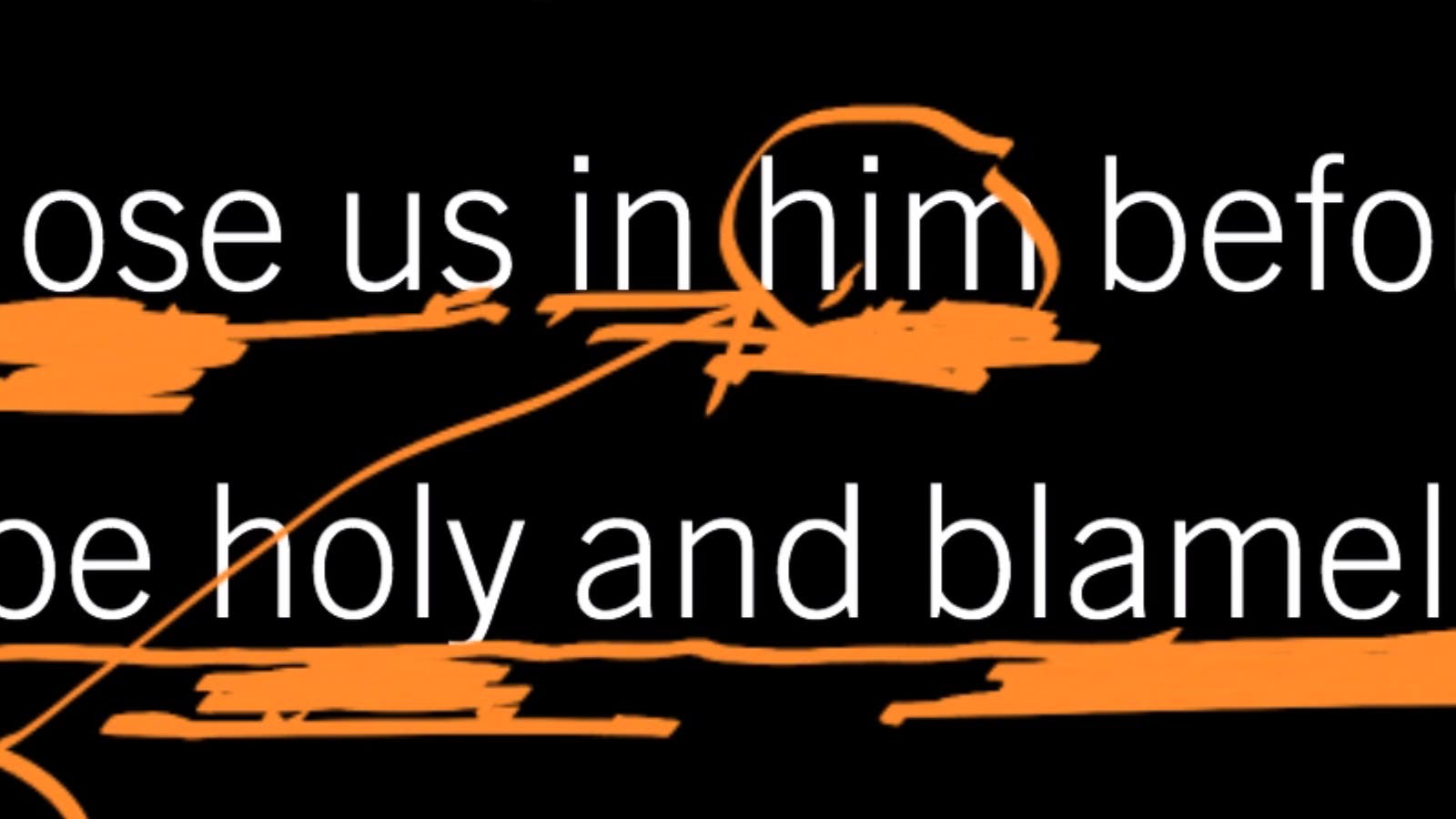 God Is Preparing His Holy Bride

Before the stars lit up the night sky. Before the sun blazed in the heavens. God planned for his people to be radiantly holy forever before him. 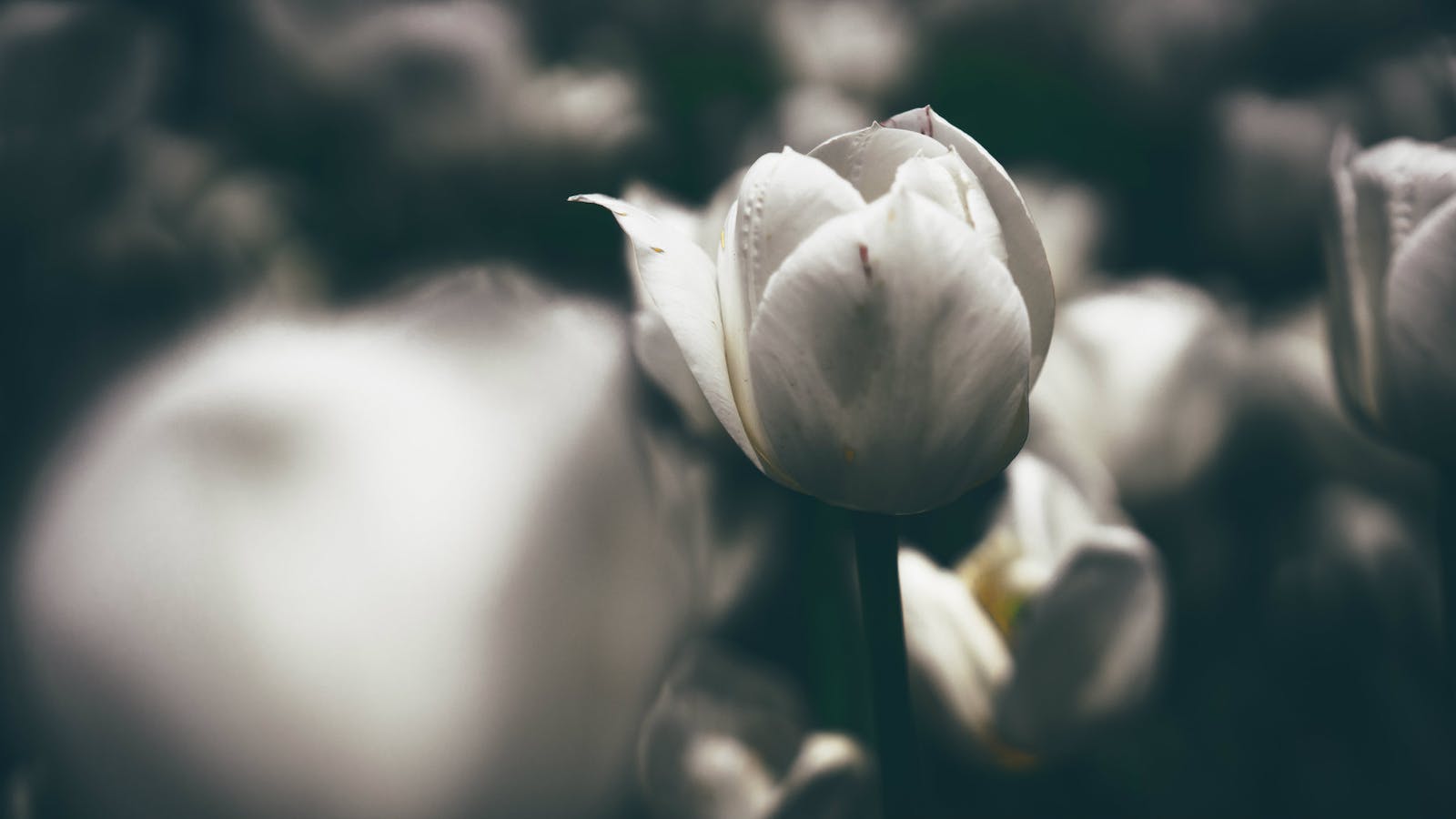 Calvinists Should Be Calmest and Kindest

The humbling theology of Calvinism is undermined by embittered, angry, and scornful words.