In love, he predestined us for adoption. (Ephesians 1:4–5)

So adoption is part of God’s predestining plan. It isn’t as though we got created, by sin proved ourselves to be ornery orphans, to which God then had to come up with a plan called adoption. That would be a totally wrong conception. Rather, there was a plan called predestination. He predestined us for adoption. And if you ask, “Well, when did that happen?” verse four makes that plain:

He chose us in him before the foundation of the world that we should be holy and blameless before him. (Ephesians 1:4)

1. Your adoption was decided in eternity past.

Before you existed, before the universe existed, God looked upon you in your sin. And then he looked upon his Son, crucified and risen, and then he destined all believers through that crucified Son to be forgiven for all those sins and be adopted into his family. All of that before you ever were. We were predestined according to the counsel of his will for adoption. Now, that has several huge implications.

“You are not adopted on the basis of your fitness or worth or distinctives.”

You are not adopted on the basis of your fitness or worth or distinctives. You didn’t exist to do any distinctives yet. Therefore, your adoption is not fragile or tenuous or uncertain because it isn’t based on what you performed or failed to perform. It was decided in eternity. Therefore, it is as firm and sure and unshakeable as the everlasting purposes of God.

Oh, how we love at this church to exult in the significance of predestination for the firmness and solidity and liberty for love and sacrifice that predestination brings into our lives. What a wonder. Your adoption into God’s family through faith in Christ was planned before the universe was created. Adoption is from him.

2. Your adoption is only through Jesus Christ.

And adoption is through him.

In love, he predestined us for adoption through Jesus Christ according to the purpose of his will.

What does it mean when he says that our adoption into his everlasting family of joy is through Jesus Christ? It means we had to be died for in order that our sins might be forgiven, and that the justice of God might be satisfied, and that his wrath might be removed, and we might, therefore, be dealt with mercifully and welcomed into his family. Had he not died for us rebels, there would have been no adoption into his holy family. But through Christ he was able, with justice and mercy, to gather sinners, repentant into his divine family. That has implications, two of which I’ll mention.

Not all people are the children of God. At least if you’re going to use that language, “all humans are children of God,” you are speaking in a very loose language that does not relate to a person’s salvation. It’s not helpful, in fact, to talk about all humans being children of God. I’m not going to say it’s wrong. I just want us to define it properly — like creatures, okay?

Not One Was Cute

Here’s a second one. God did not adopt cute little orphans; he adopted enemies. He set his face to go to the most rebellious part of the kingdom, the most mean-spirited, rebellious, in-your-face kids on planet earth and he said, “Those are going to be mine, and I’m going to give my Son to make them mine.”

So, when we are thinking of God’s adoption of us, let’s not have any warm little fuzzy feeling of, “Oh, he just picked out the cutest me.” You were not cute. You were in rebellion against him. You were displeasing to him. His wrath was abiding on you in his justice. You deserved everlasting punishment. But since God is not only justice and not only wrath, but also mercy and also love, he found a way by which the most dirty, displeasing, rebellious, unattractive kids would be his through Jesus Christ.

3. Your adoption is to the praise of God’s glorious grace.

The reason God designed to choose, predestine, and adopt unworthy kids is so that his grace — not his shrewdness — would be praised. It’s not so that he could find the cutest kid, but the ugliest kid and take him for his own, and so that we would praise his grace, not his shrewd eyes to recognize cuteness. The wonder of God’s grace!

“Your adoption into God’s family through faith in Christ was planned before the universe was created.”

But now right here, I know from years of teaching God-centered grace, people really hit a wall. God adopts you for himself, for his glory, for his praise. Now, if you, say it a certain way like that, “God’s adoption is very God-centered,” there are people that begin to back away and say, “I just don’t know if that is loving for God to be so self-exalting and so self-aggrandizing in this whole affair of salvation. I don’t know about that.” I meet this everywhere I go because I love to push on this issue that God is radically God-centered in all that he does, including the adoption of kids who are sinners and rebels.

Now, here’s the reason it’s not unloving of God to be self-exalting. The glory of God is the one reality in the universe for which I was made, to see and enjoy and be satisfied by. If God does not exalt that for me to see and savor and enjoy and be satisfied by, he’s not loving. He must preserve, display, exalt himself for me to enjoy if he would love me. He’s the only being in the universe that can love me this way.

So please don’t stumble over God’s God-centeredness in adopting you to the praise of the glory of his grace. Just know that your praising the glory of his grace will be your everlasting happiness. And therefore, it’s the best of all worlds. He gets the glory. You get the joy. It could not be better unless you think your getting the glory is the key to your joy. And if you do, you’ll probably never be Christian.

You have to lay that one down. He has to get all the glory, then you can have all the joy. Well, you won’t have all of it. He gets a lot of it too because he delights very much to make you happy in him.

So those are my three points: from him, through him, and to him is adoption. It’s under the praise of his glory that we have been adopted. 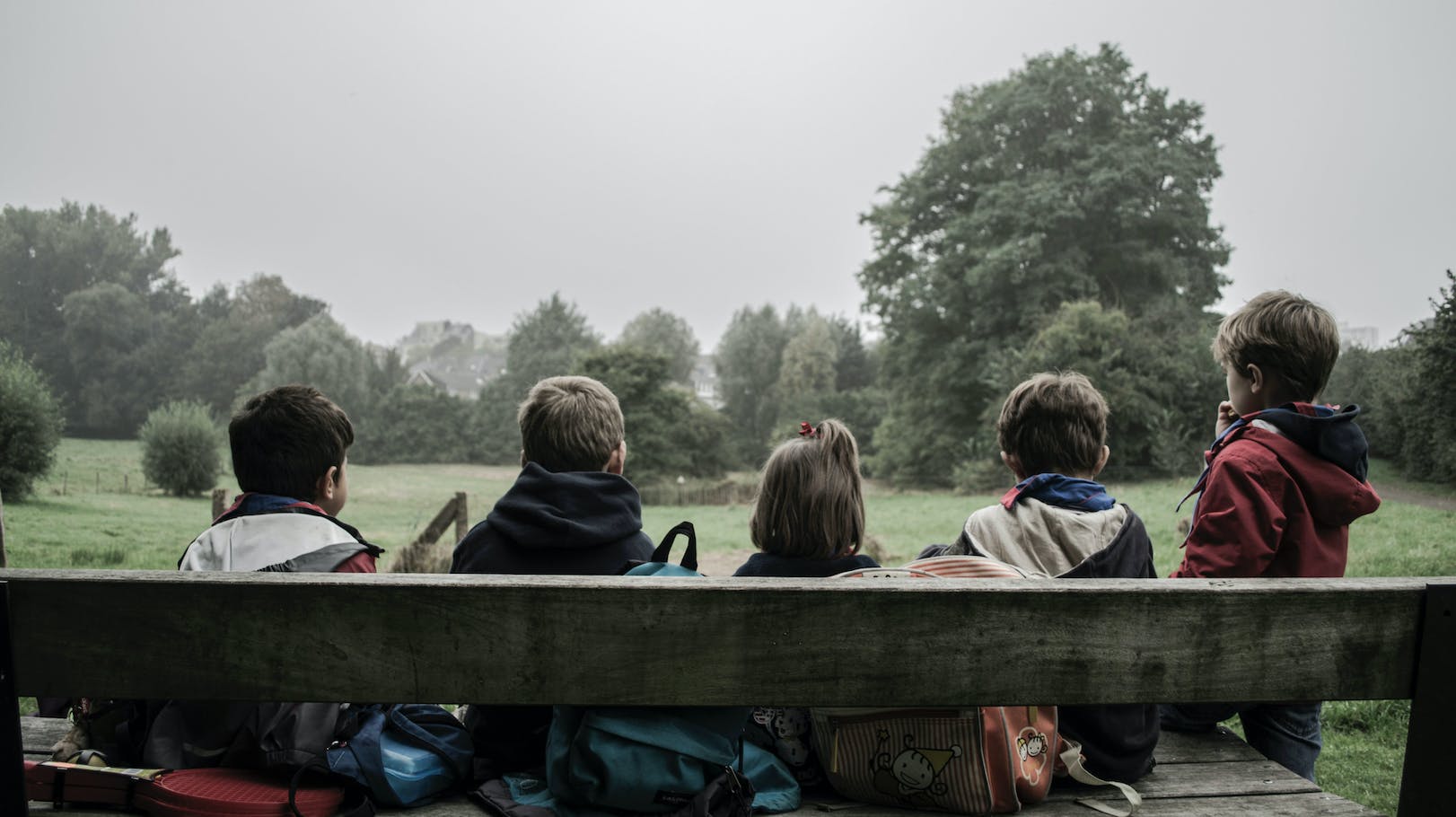 Predestined for Adoption to the Praise of His Glory

Reflections on Being Adopted by God and Adopting Children