And Stephen, full of grace and power, did great wonders and signs among the people. Then some of those who belonged to the synagogue of the Freedmen (as it was called), and of the Cyrenians, and of Alexandrians, and of those from Cilicia and Asia, arose and disputed with Stephen. But they could not withstand the wisdom and the Spirit with which he spoke. Then they secretly instigated men, who said, "We have heard him speak blasphemous words against Moses and God." And they stirred up the people and the elders and the scribes, and they came upon him and seized him and brought him before the council, and set up false witnesses who said, "This man never ceases to speak words against this holy place and the law; for we have heard him say that this Jesus of Nazareth will destroy this place, and will change the customs which Moses delivered to us." And gazing at him, all who sat in the council saw that his face was like the face of an angel.

There are three questions I want to try to answer from this text.

Do These Issues Matter to Us?

Before we tackle those three questions, there is one other, just by way of introduction, namely, Does any of this matter? Is this a vital issue? Should you care about the rest of this message?

I will let you answer that. But as you think about it, consider these three things.

I pray that the Lord will give you a heartfelt assessment of the utter importance of what we are about to see.

Did Jesus say that he was going to destroy the temple?

Matthew 26:61 and Mark 14:58 tell us that at Jesus' trial false witnesses came forward and said, "This fellow said, I am able to destroy the temple of God, and to build it in three days." When the high priest asked him to make an answer to the charge, Jesus said nothing.

Matthew 27:40 and Mark 15:29 tell us that the crowds who passed by the cross while Jesus was dying mocked Jesus by saying, "You who would destroy the temple and build it in three days, save yourself! If you are the Son of God, come down from this cross."

Most importantly, John 2:19 tells us about one situation when Jesus actually spoke words like these. He had just driven the sellers out of the temple. And the Jews asked him, "What sign have you to show us for doing this?" And Jesus answered, "Destroy this temple, and in three days I will raise it up." They come back, "It has taken 46 years to build this temple, and will you raise it up in three days?" And John comments, "But he spoke of the temple of his body" (John 2:21).

Here Jesus says, "You destroy the temple, and I will build it again in three days." But since we know that destroying the temple referred to his death and we also know (from John 10:18) that he was laying down his own life voluntarily, it is very likely that he would also say, "I will destroy this temple, and in three days build it again"—which is what he was accused of saying.

Now what did Jesus mean? Did he simply mean that he would die and then rise again—his body would be destroyed and then raised up in three days? If that's all that he meant, then why did he refer to himself as the temple? And why would he say words like this in the temple itself, knowing that most people would take him to refer to the temple building and all that goes on there?

I think the answer is that both for those who had ears to hear, and for those who thought this through after his resurrection (like Stephen did!), Jesus meant: When I die, the temple dies. When I am destroyed, the temple is destroyed. This whole system—all these sacrifices, all this blood flowing to make atonement for sins, all this priestly activity surrounding the holy place where God's presence dwells—it all ends when I die. You destroy me and in dying I destroy the temple.

Jesus Takes the Place of Everything in the Temple

This is why the curtain in the temple tore in two as Jesus died. It was a token of destruction. The walls were coming down. Jesus himself was taking the place of everything in the temple.

And so the temple in Jerusalem is "destroyed." We have a new temple, a new priest, a new sacrifice, a new access to glory and fellowship with God. So when John the apostle has a vision of heaven in Revelation 21:22–23, he says, "And I saw no temple in the city, for its temple is the Lord God the almighty and the Lamb. And the city has no need of sun or moon to shine upon it, for the glory of God is its light, and its lamp is the Lamb."

What Jesus meant when he said, "Destroy this temple and in three days I will raise it up," was that he himself was taking the place of the temple—by dying for sin once for all, and by rising from the dead to reign as the everlasting priest and Lord of glory. When I die, the temple system dies. And when I rise, I am the temple. I am the sacrifice for sins. I am the priest and go-between with God. I am the presence and radiance of his glory. The temple is finished.

So my answer to the first question is Yes, Jesus said that he would destroy the temple.

Now the second question is: Did Stephen mean what Jesus meant when he carried this teaching on into the early church?

The reason I ask this is because verse 14 seems to imply that Stephen was saying that the destruction is still future, but Jesus had said the destruction would happen immediately and the rebuilding would take place in three days. Verse 14: "We have heard him say that this Jesus of Nazareth will destroy this place." Stephen is saying that it will happen. Jesus said it's done in three days.

How shall we understand this? It's not difficult. What Jesus meant was that the basis of the Old Testament sacrificial, priestly, worship system, which focused on the temple, was destroyed when he died—destroyed the way a shadow is destroyed when the reality lies down on it and takes its place. Jesus removed the whole basis of the temple system by laying himself down as the reality that all the shadows were representing. In that sense the destruction was complete in three days, and he rose as the new temple for all who trust him.

So what Stephen meant when he said that Jesus "will destroy" the temple, is that, just as Jesus took away the basis of the old system, so now he will go on to dismantle its practices until it is no more. Stephen and Jesus are in perfect harmony on this great issue. The temple is done for. Jesus has destroyed it and will destroy it until it is clear to all that he alone is the one and only sacrifice for sins, the one and only high priest to God, and the one and only habitation of the fullness of the glory of God.

Finally, I ask: Did Luke agree with what Jesus and Stephen are saying?

The evidence from the book of Acts is that Luke knew very well that Jesus was changing the customs of Moses. Just a couple examples.

So I conclude that Luke knows very well that Stephen and the others were preaching these kinds of things and telling the Jewish people that the temple system is anachronistic and with it some of the customs of Moses belong to the past. They have served their purpose in making Israel distinct. But now the people of God is no longer Israel. It is people from every tribe and tongue and nation—all who trust in Jesus.

What Luke Meant by False Witnesses

What then did Luke mean in Acts 6:13 by saying the witnesses were false when they said that Stephen spoke against the temple and the law, and that Jesus would destroy the temple and change the customs of Moses?

What he meant was that the witnesses were putting a false turn to a true statement. It is true that Stephen was saying that Jesus would destroy the temple and change some of the customs of Moses. But it is not true that this was "against this holy place and the law," or, as verse 11 says, that this was "blasphemous words against Moses and God."

What the false witnesses did not grasp at all was that the kind of destroying that Jesus was doing was a fulfilling of everything that God and Moses promised in the law—the forgiveness of sins, a personal priestly advocate with God, the presence and accessibility of his glory. Stephen was not against Moses and God. He was not against the temple and the customs. He was for their fulfillment in Jesus the Messiah.

How Jesus "Destroyed" the Temple

If the Messiah is coming down from heaven, with forgiveness and advocacy and glory, and the light of God shining upon him, then the first thing that will be seen is his shadow on the earth. And so it was in the sacrifices and priestly service of the old temple. But as the reality gets closer the shadow becomes smaller, and when the reality lands on its shadow, it swallows it up entirely and it is no more. But that does not mean that the reality was against the shadow, or that it blasphemed the shadow. It fulfilled the shadow. And in that sense destroyed the shadow.

And so today we have the reality. Jesus Christ has come into the world to forgive sins once and for all, to be our go-between forever and ever, and to reveal the glory of God.

This is what Stephen died for. May God help us to see it the way he saw it, and cherish Jesus our new temple more than anything in the world. 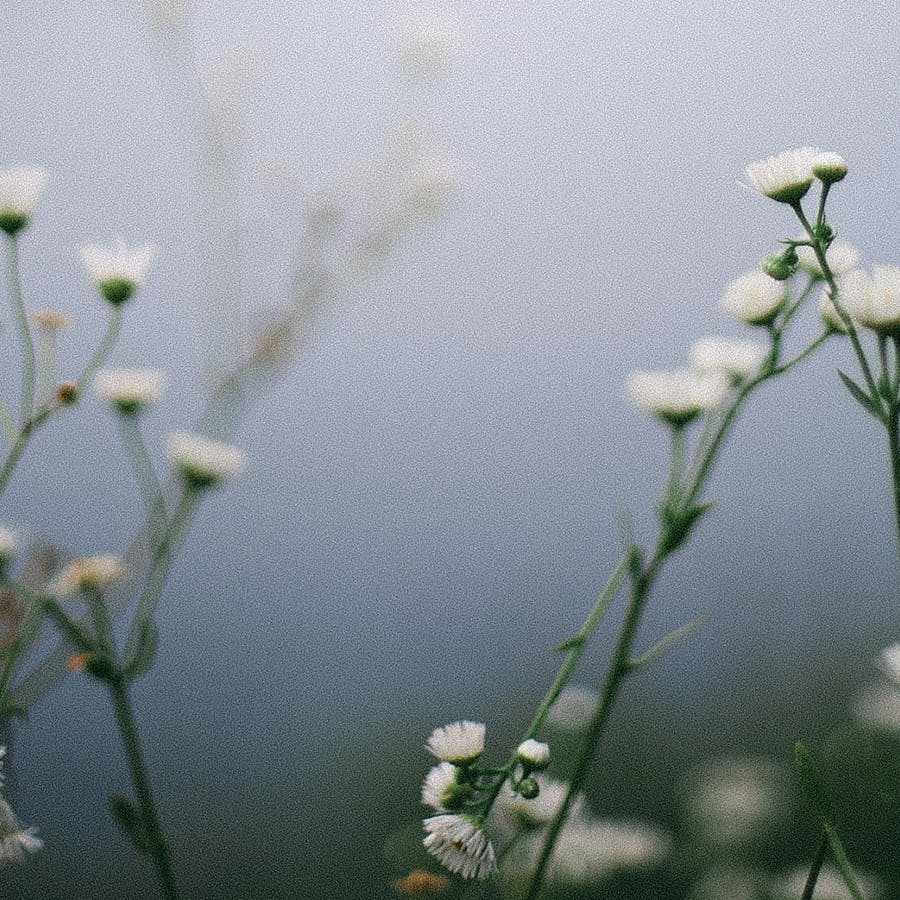 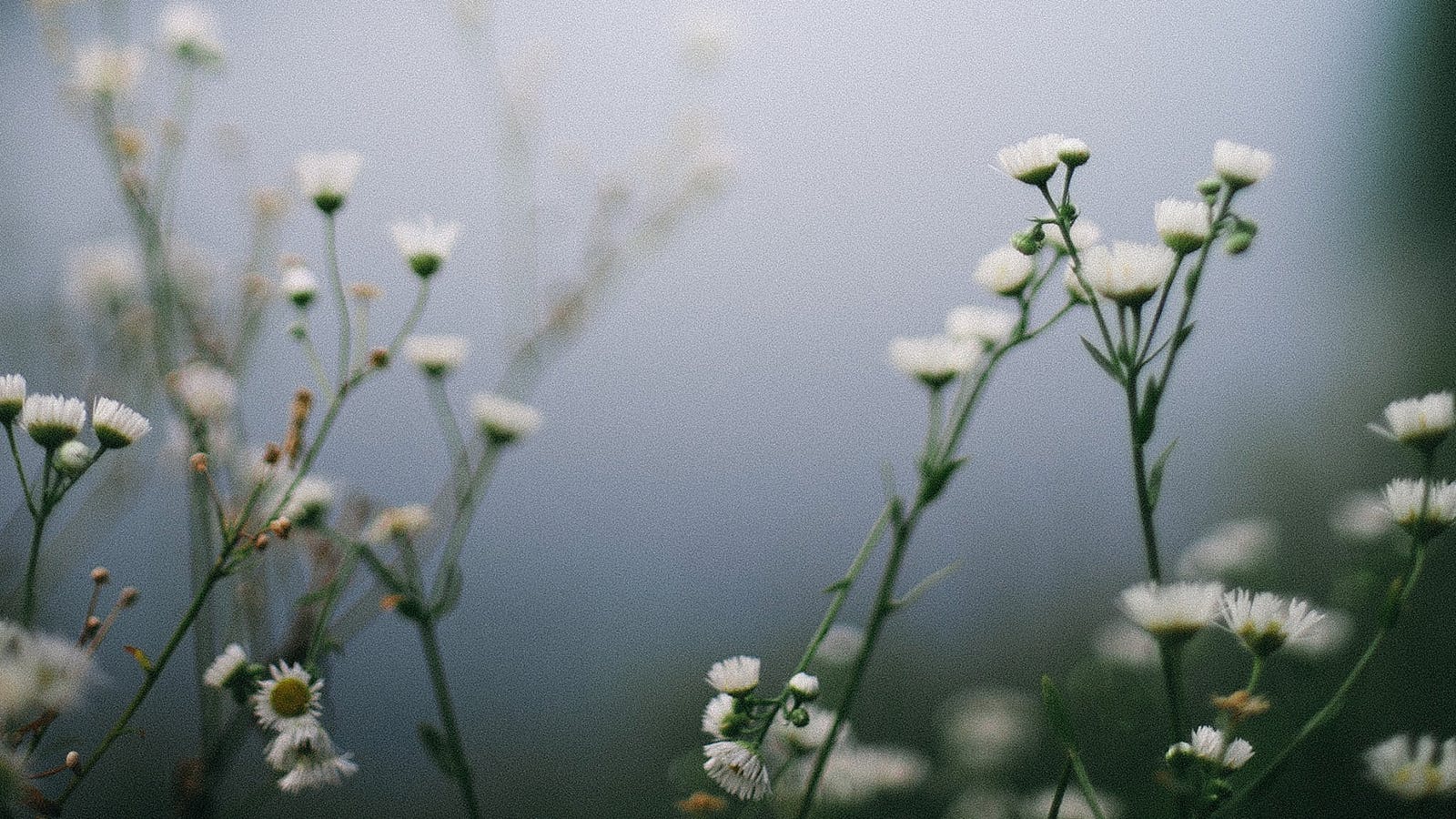 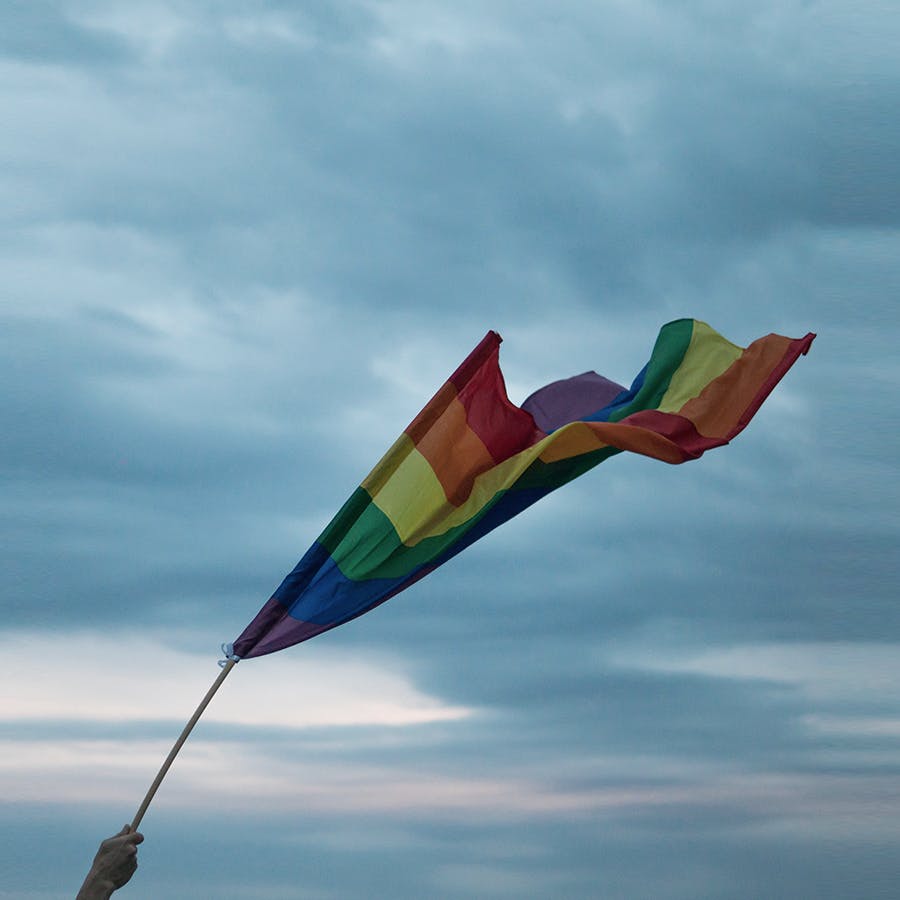 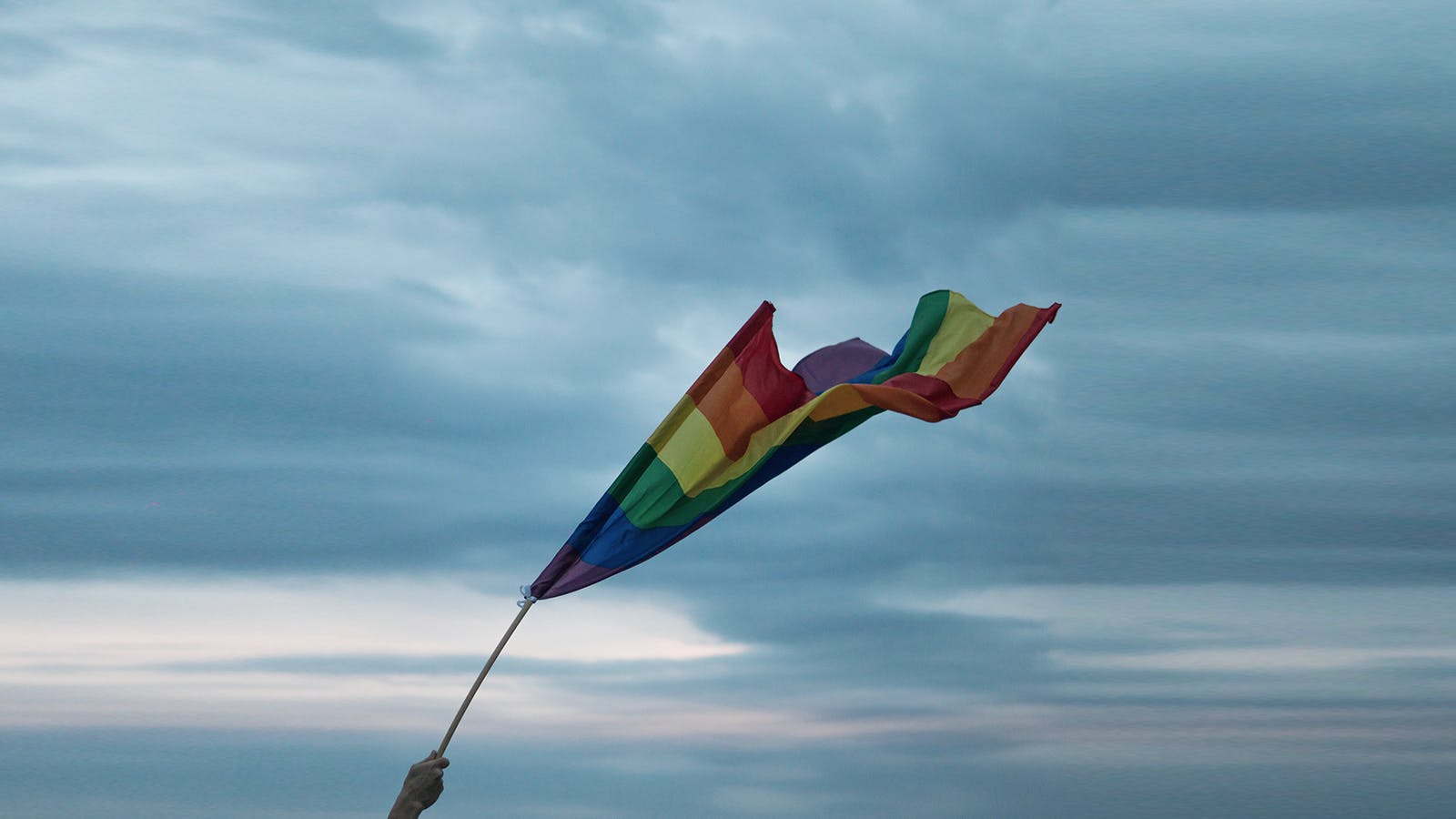 Blessing and Curse in a Post-Obergefell World

What would Romans 1 look like in a nation today? And what does it mean for Christians living in a post-Obergefell world? 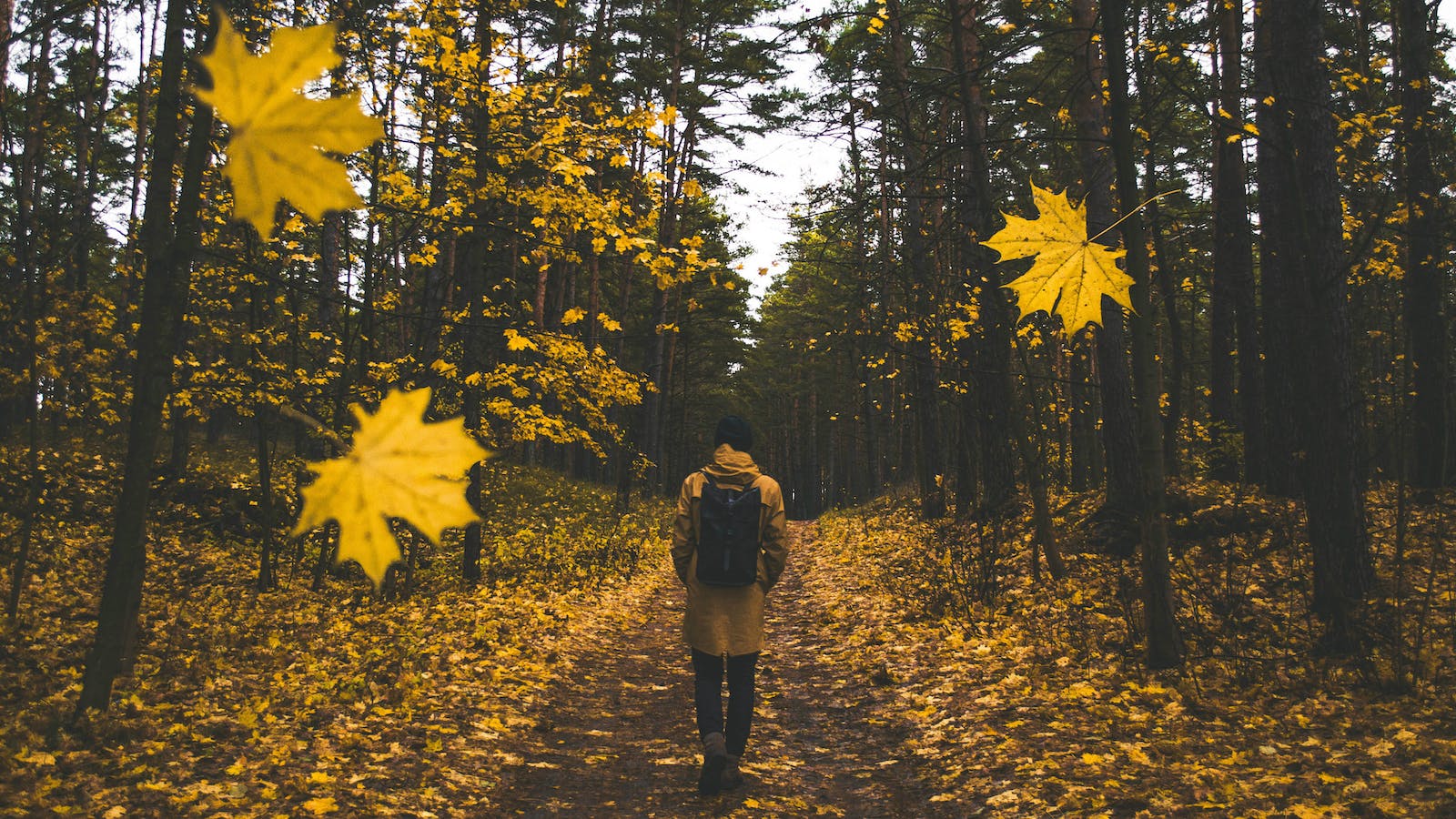 Sin Will Never Make You Happy

The power of all temptation is the prospect that it will make us happier. But God’s word exposes Satan’s lies and shows us where to find true happiness.