My aim this morning is to inspire you to look at your secular vocation here in Minneapolis the way you would look at it if you were called by God to do this exact same vocation as a "tentmaker" among an unreached people overseas.

What Is a "Tentmaker"?

Not all of you may be familiar with the word "tentmaker" and what it stands for. Let me explain. The apostle Paul traveled throughout the Roman world for 20-some years spreading the gospel and starting churches. Sometimes churches supported his ministry, like the church in Philippi (2:25; 4:14–18). Rarely did he even asked for support, like when he wanted the church in Rome to help fund his trip to Spain (Romans 15:24). And he certainly believed it was right and proper that missionaries and pastors be paid by Christians (1 Corinthians 9:14; 1 Timothy 5:17–18).

But in fact he almost never accepted money from the churches. Instead he says to the church at Thessalonica: "You remember our labor and toil, brethren; we worked night and day, that we might not burden any of you, while we preached to you the gospel of God" (1 Thessalonians 2:9).

What did he do to earn money? Acts 18:3 says that Paul stayed with Aquilla and Priscilla because they were of the same trade, namely, tentmakers. So in a sense you could say Paul's traveling band of men was a traveling band of merchants who worked when they had to, making and repairing and selling tents. And when they had enough money to live on, they preached the gospel and taught the new Christians what it meant to follow Jesus in their homes and vocations.

This is where the term "tentmakers" comes from.

Tentmaking as a Strategy to Reach the Unreached

For example, take the Sultanate of Oman. It's small country (1.2 million) at the mouth of the Persian Gulf. Its state religion is Ibadi Islam. Patrick Johnstone estimates perhaps 40 indigenous Christians in two small Arabic speaking groups.

I received a letter from Ruth Siemens this summer about the opportunities in Oman. Ruth is the director of Global Opportunities in Pasadena, California. She said that 12 years ago it was against the law to wear glasses in Oman! That's how anti-western they were. Now there is a younger ruler with significantly different policies. Then listen to this paragraph about tentmaking opportunities in this so-called closed country.

I write because we have more than 1,100 current well-paying openings in Oman to be filled by this autumn and next spring. We would be excited if there were just ten! God has not only set before us an open door, but a gate. He has made a wide breach in the wall! We must believe this is God's moment for Christians to enter this country with the Gospel! (Letter dated July 1988.)

The letter closes with this P.S.

We also have six well-paying English teaching jobs that can put Christians among south central USSR peoples, like the Kazakhs, Kirghizes, Turkmens, Tajiks, and Uzbeks. Imagine!

I believe one of the goals that God will give us as a church for the next decade is that a significant percentage of our church will take three year assignments (or longer) to do your secular vocation in a foreign urban center among peoples with virtually no Christians among them.

This must be part of our overall strategy to penetrate unreached peoples! First, because the amazing opportunities are there—thousands of jobs everywhere enable lay Christians like you to live in other countries and make Jesus Christ known. Second, because the cost of sending vocational missionaries is skyrocketing. Third, because at least 60% of the world's population is off-limits to traditional missionaries, like China and most of the Muslim and Hindu world. Fourth, because Christians living for Christ in the secular workplace are crucial models for new believers in these unreached groups.

It is not an easy life. It would require training and strength and constant recommitment under the pressures of the work place and the foreign culture. But by the power of the Holy Spirit and for the glory of the One who loved us enough to be crucified for us, it is possible. I get very excited when I think about Bethlehem getting a mindset where it is just assumed that we will train and send both vocational missionaries and tentmakers, and support them with the kind of prayer and inspirational communication that does not let them fail.

Tentmaking and the Twin Cities

The reason for telling you all this is to begin to make the connection in your mind that God has been making in mine, namely, the connection between tentmaking and Minneapolis (or the Twin Cities).

So it is a fair estimate that no more than 23% of the people in this metropolitan area are committed to Jesus Christ as Lord and Savior.

Now if you ask, What is God's strategy for winning these people, the answer is tentmaking. In other words, God wants you to see your job primarily in terms of its strategic effect in making him known. And when I say that, I have in mind more than witnessing over lunch—as utterly crucial as that is!

I have in mind at least five things—five ways to make God known through your secular job and all of them are important. When one of them is missing, the witness to the truth of Christ suffers.

If the Twin Cities are going to be evangelized, it's going to happen mainly through "tentmakers." And for some of you that will mean a rethinking of why you have the job you do. It will mean a new commitment to do in Minneapolis and St. Paul what we aim to do in sending tentmakers to Muscat, the capital of Oman.

So let me try to encourage you to go ahead with this rethinking of your calling by giving you a biblical basis for seeing yourselves as tentmakers in Minneapolis. Three basic points from 1 Peter.

As believers in Christ, you are God's chosen people.

(9) But you are a chosen race, a royal priesthood, a holy nation, God's own people . . . (10) Once you were no people but now you are God's people; once you had not received mercy but now you have received mercy.

Verse 10 shows that this letter is most likely written to Gentiles, rather than mainly to Jews. But then it applies to us converted gentiles the great Old Testament promises made to Israel. We were once no people. But now we have been shown mercy and are chosen by God to be his own people.

2. Aliens and Exiles in the World

As God's people you are aliens and exiles in the world.

In Oman 15% of the population are foreign workers. They are aliens from Iran, India, Pakistan, Britain, the U.S., etc. They don't have a citizenship there. They are not quite at home. But they work there.

That's the way we are supposed to see ourselves in relation to the world as it is now in sin.

Peter, an apostle of Jesus Christ, To the exiles of the Dispersion . . .

And if you invoke as Father him who judges each one impartially according to his deeds, conduct yourselves with fear throughout the time of your exile.

That means throughout the time of your life on this earth until we meet God at the judgment seat.

Beloved, I beseech you as aliens and exiles to abstain from the passions of the flesh that wage war against your soul.

This verse gets at the practical meaning of being aliens and exiles in Minneapolis. It means that your soul belongs to God, and that there are forces in this world that are waging war against your soul and which aim to capture it from God and destroy it. So there will be real tensions as you work in this foreign world.

As you work in the world as the exiled people of God, your goals for being here will be different from those around you.

But you are a chosen race, a royal priesthood, a holy nation, God's own people, that you may declare the wonderful deeds of him who called you out of darkness into his marvelous light.

This is why you have been chosen by God, and sent into the secular world as aliens—to make known the wonderful deeds of God, especially the work of God in saving you personally.

The aim of your life among the secular world of Minneapolis is to work and live in such a way that they will be compelled, sooner or later, to confess that God was real in you and he is glorious.

Let me sum up then this simple basis for your thinking of your job in the Twin Cities in terms of tentmaking.

all these will be done to show people the God you love and the desire you have that people come to know him and believe and be saved.

Would you take a moment now to take a look at your own goals? Why do you have the job you have? Do you have the mindset of a tentmaker—that everything will be done to make Christ known? Perhaps as the organ plays you would like to pray and rededicate yourself to this great calling. 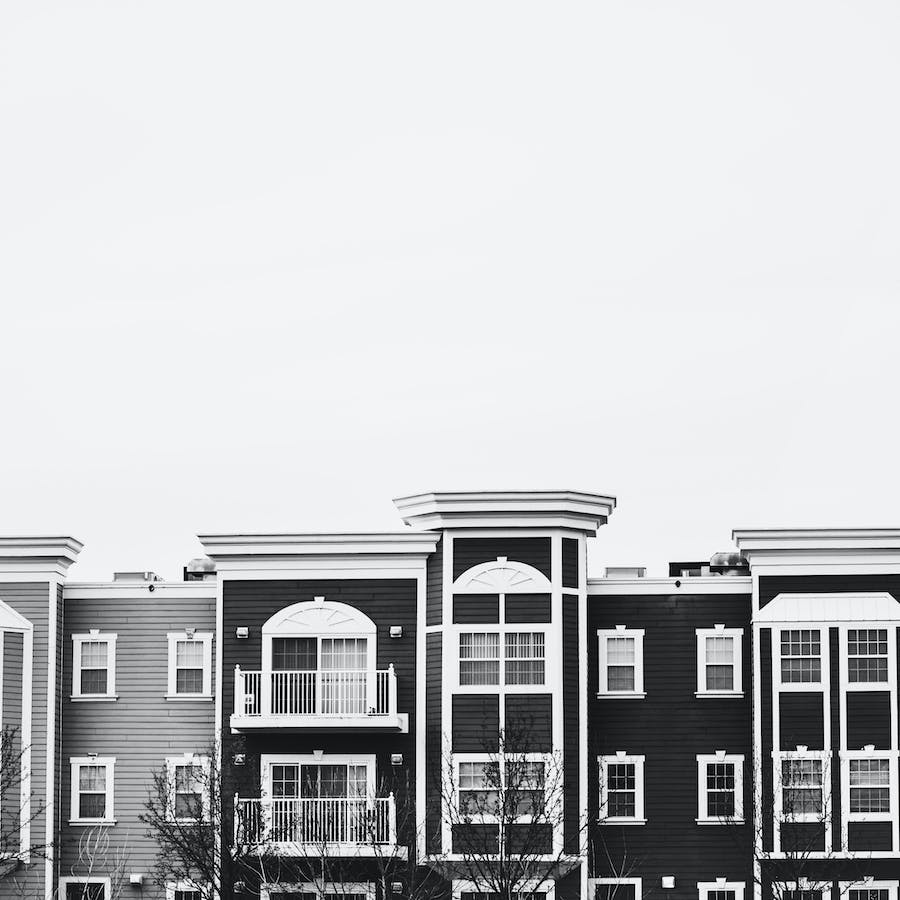 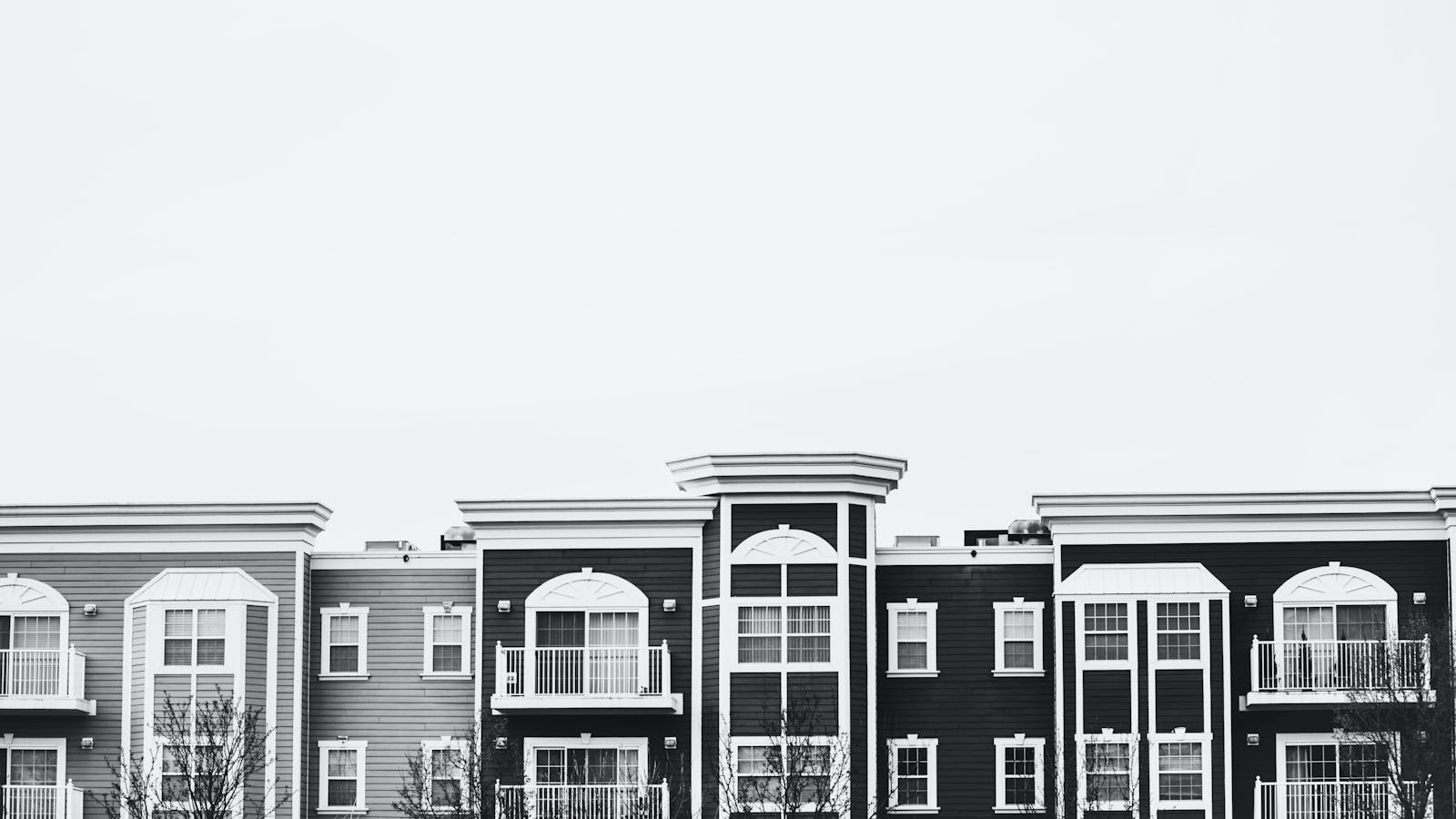 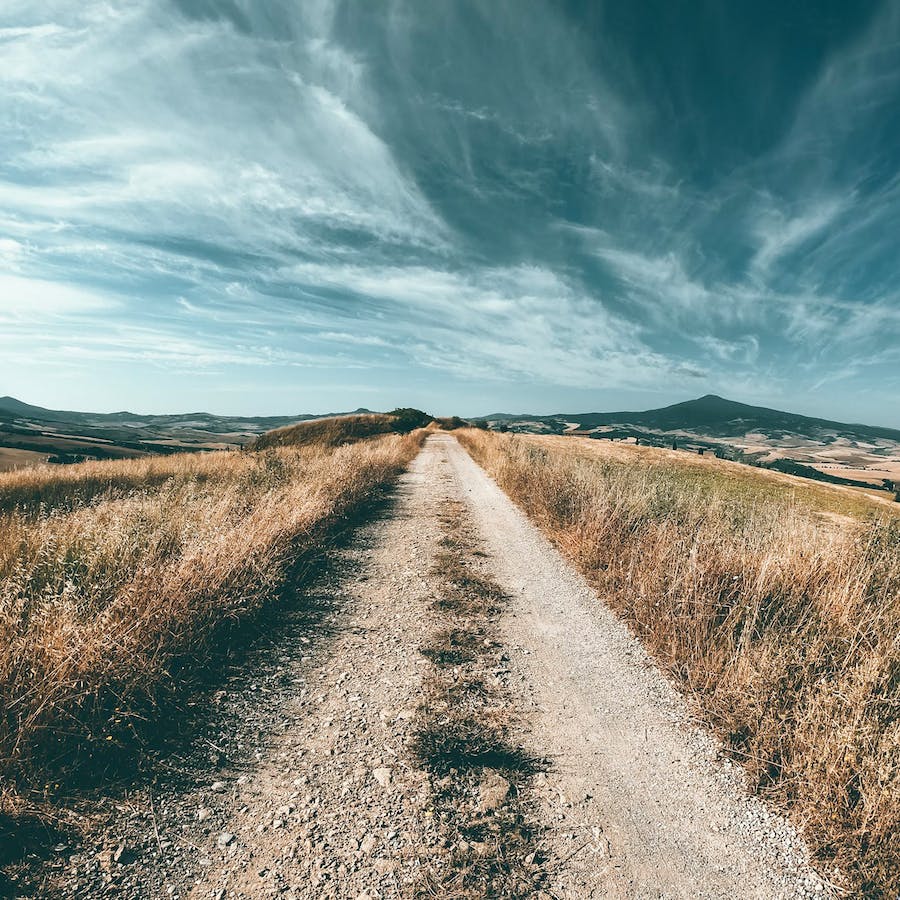 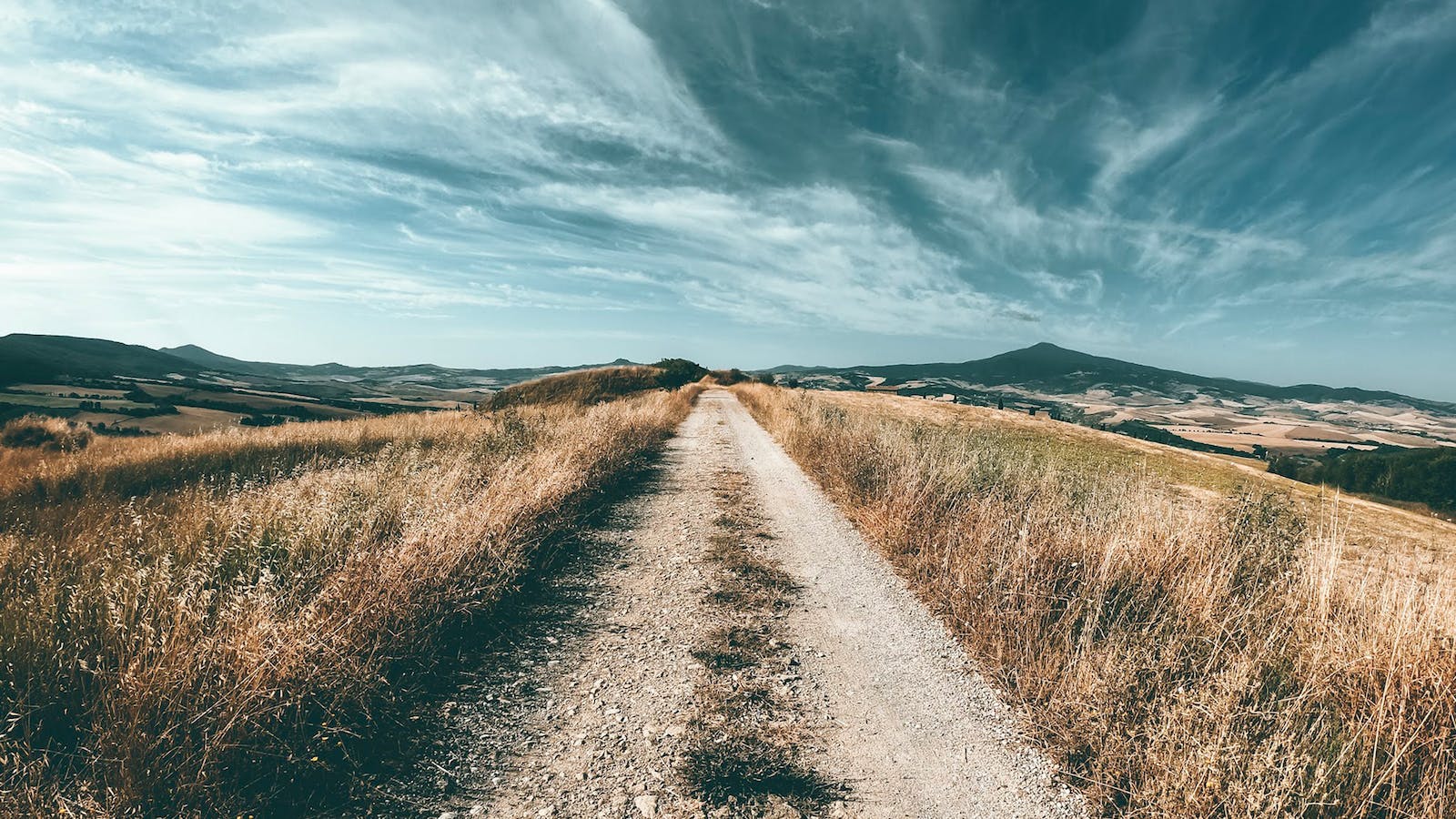 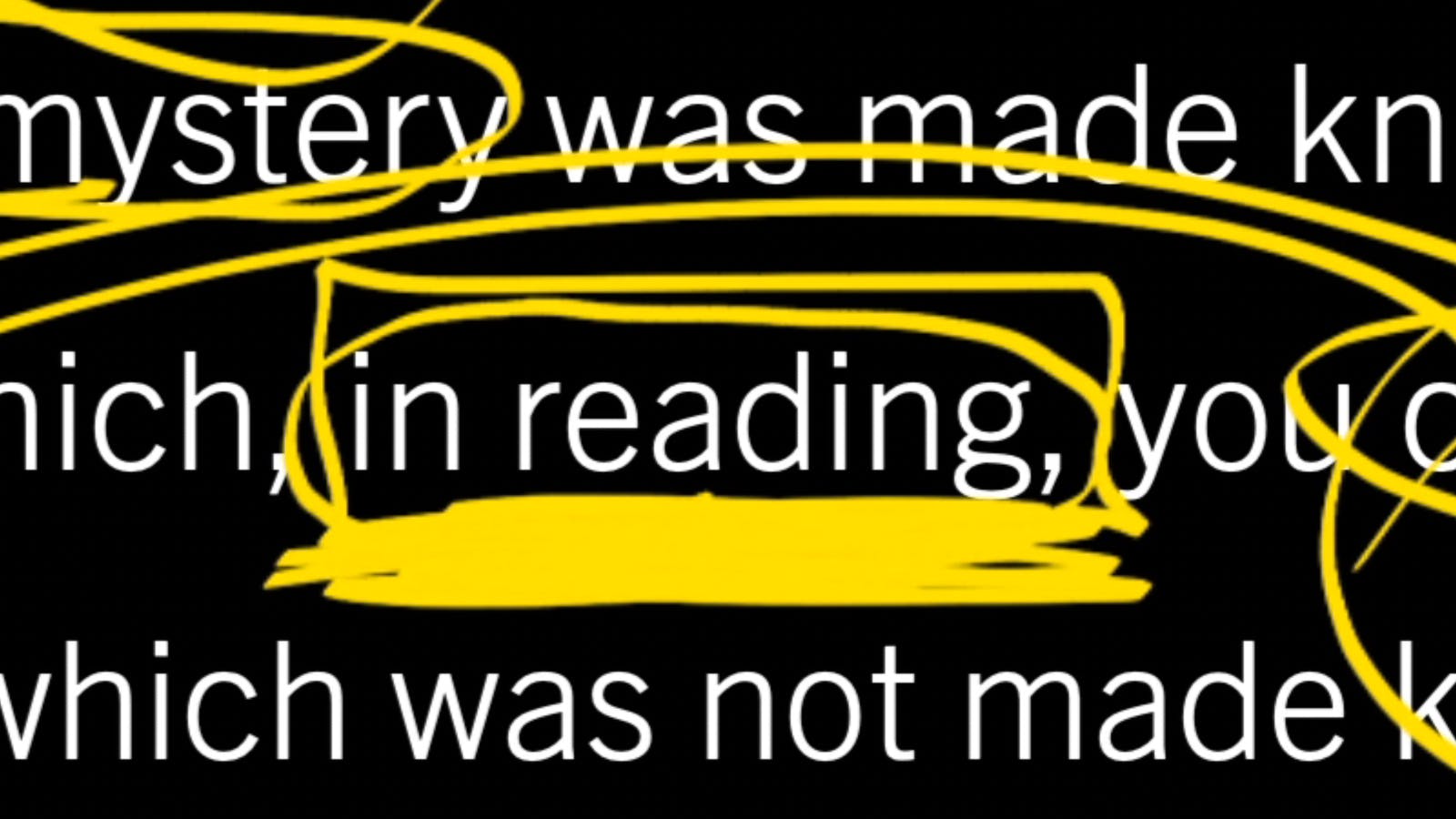