This clip is from a message John Piper preached at the Sing! 2018 Conference in Nashville.

The aim of my exposition of the Book, in the sermon for those 33 years, was to fuel me first, to set my heart aflame with the glories of God revealed in the text of this Book, so that I, as I opened those glories through the text, could draw other people into my experience of God. That’s preaching in my understanding of what it is.

The aim of preaching was only secondarily to keep their marriages together, or to make them bold in witness, or to make them fervent in prayer, or to release them into God-centered living and mission, or to grow the church, or to meet the budget. All of those things were secondary.

“The aim of my exposition was to set my heart aflame with the glories of God.”

Some pastors, however, feel the burden and the urgency of all those practical things so deeply that they switcheroo, and begin subtly or blatantly to make those the primary aim of preaching, failing to realize that if this church is not thrilled with the God of this Book, the soil in which those things grow won’t be there. And over time you may think you’re doing a little end run around worship over the word to get more “practical,” but it’s going to backfire. So, yes to changed lives, just not that way. I think those things, and a hundred other practical fruits of righteousness that grow in the Christian life, grow in the soil of worship.

So, my primary task was to lay open texts in such a way that the meaning of the author could be understood, and the reality in the meaning — the reality of God and Christ and salvation — could be displayed so that I and they could exult in that meaning, in that reality.

So, you can hear two pieces to that, I hope. I call it, like the title of the book, Expository Exultation. Make it plain. Make it plain. These are not your ideas. I don’t give a rip about your ideas, preacher. I want to know what’s in this Book. Make this plain. I call that exposition. Get into the text, show the clauses and the words, how they work, how they make the points, and then go through it to reality. You’re not playing games grammatically. Get to the reality.

And then, two, Do you see? Do you feel it? Is it meaningful to you? Are you blown away by it? Pastor, do they see that?

John Piper
Christian preaching is a God-appointed means of transforming its hearers in both head and heart — not only in intellect, but also in affections.

Expository Exultation — that’s what I call Christian preaching. When I say that we are to exult over the reality coming through texts from the Bible, I have in mind a kind of proportional emotional response to the text, to the reality in the text. And the proportion has to do with the kind of reality that we see there.

“You can fool unspiritual people forever. You can’t fool Christians.”

If you handle the majesties of God with the same casual demeanor you use when you told the illustration about your cat, you’re out of touch with reality. And over time the people are going to know this. You can fool unspiritual people forever. You can’t fool Christians. I’m talking about people who have the Holy Spirit and are walking into your service with the living God in them, expecting to hear his word dealt out with exultation that corresponds to the nature of the reality you’ve just opened in the text. They know. They know whether you are in touch. Don’t fake it. Just quit the ministry, if all you can do is fake it.

There are actors in the pulpit. They can pull it off for a long time because they grow a church of unspiritual people, and unspiritual people are deceivable. Spiritual people are going to just drift away from that church. The church will grow like crazy. But the real Christians are down the street in a little church where the pastor is real. He’s real. He walks in there from the closet with God and the aroma of Jesus is on him. And the people can smell it. 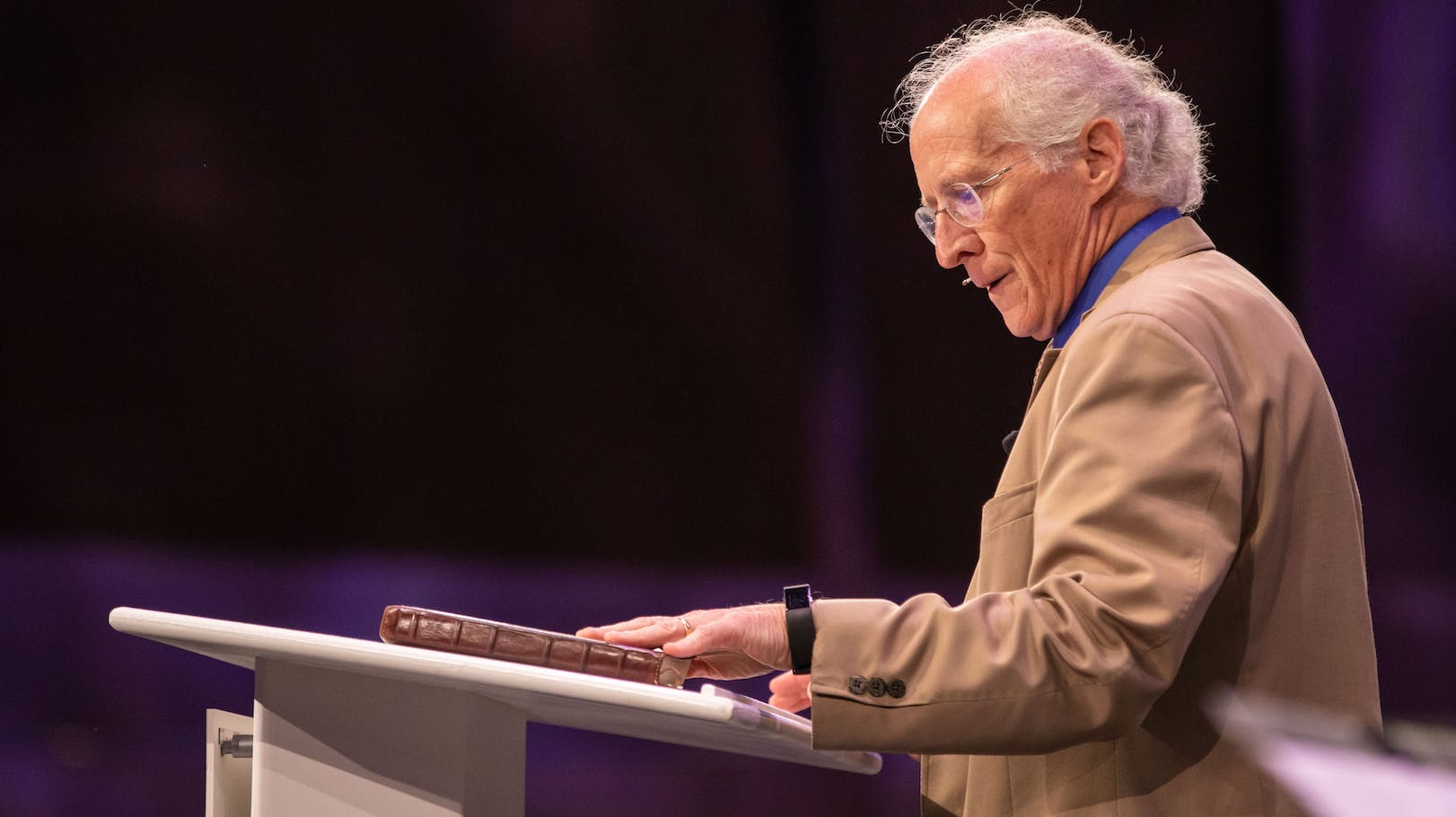 The Devil Can Do Exposition, but He Can’t Preach