That’s my approach, and you can assess whether you think that’s wise. What I want to do is just give you seven glimpses of how God relates to Satan in the Bible.

Satan is called “the ruler of this world” in John 12:31. However, other texts say things like this:

“The Most High rules the kingdom of men and gives it to whom he will.” (Daniel 4:17)

From which I infer: Yes, Satan is the god of this world and the ruler of this age, but not ultimately. He is a lackey with a leash underneath this great God who decides who kings are and when they’re done.

Although unclean spirits are everywhere in the world, doing deceptive and murderous things, Jesus Christ is described as having all authority in heaven and on earth. And then you get an amazing statement like this, clearly spoken as the truth about Jesus in Mark 1:27:

“He commands even the unclean spirits, and they obey him.”

You should think a long time about that. When Jesus speaks with absolute authority, the Devil does what he is told. Period. Right? That’s what it says. There aren’t seasons when Jesus is not authoritative and seasons when he is authoritative. If it says in the Bible, “Jesus commands the unclean spirits, and they obey,” they obey whenever he speaks that way.

Satan is described as a roaring lion, prowling and seeking to devour people. And Peter says in 1 Peter 5:9,

Resist him, firm in your faith, knowing that the same kinds of suffering are being experienced by your brotherhood throughout the world.

In other words, the jaws of the lion are suffering. Resist. He’s prowling around like a lion, seeking to devour people. Resist him, firm in your faith, because you know that the same experience of suffering is being experienced by your brethren around the world. Therefore, the suffering of Christians is the jaws of the lion coming down on them. Satan is real. Don’t mess with him. But then you read these words in the same book (1 Peter 3:17):

It is better to suffer for doing good, if that should be God’s will, than for doing evil.

If God should will, the jaws will close and not before. God will decide whether they get out — not the devil, ultimately.

4. Only God gives and takes life.

Satan is a murderer from beginning to end. He’s a murderer. Has the Devil, since his fall, taken out of the hand of the Almighty the gift of life and death? He has not. Deuteronomy 32:39:

“See now that I, even I, am he,
and there is no god beside me;
I kill and I make alive;
I wound and I heal;
and there is none that can deliver out of my hand.”

Come now, you who say, “Today or tomorrow we will go into such and such a town and spend a year there and trade and make a profit” — yet you do not know what tomorrow will bring. What is your life? For you are a mist that appears for a little time and then vanishes. Instead you ought to say, “If the Lord wills, we will live and do this or that.”

And if he doesn’t will, I won’t. If I make it home tonight, God got me home. If I have a heart attack on the way home, God took me home. So yes, Satan is a murderer, but he does not have ultimate say on whom he murders — God does.

When Satan wants to destroy a saint, he must get permission before he touches him. So he comes to God and says, “Job only worships you because he’s rich. If I take his camels, donkeys, servants, he’ll curse you” (see Job 1:9–11). And God gives him permission, but he puts a limit. “Don’t you touch his body” (see Job 1:12). So he kills them all. Job falls on his face: “The Lord gave, and the Lord has taken away” (Job 1:21). Satan has to get permission to go after his body, and he gets it. But God says, “Don’t you kill him” (see Job 2:6). Isn’t that remarkable? So Satan does harm to us, but not without God’s say.

6. Jesus is sovereign over Satan’s schemes.

Satan is a great tempter in your life. He’ll tempt you before you go to bed tonight. He wants you to sin more than he wants anything. He wants to get you sinning and sinning and sinning so you make shipwreck of your life. He was behind the three denials of Peter. The Bible says this clearly. However, somebody else was also there behind them. Let me read you these amazing words from Luke 22:31. Jesus says,

It’s like Satan coming to God in the case of Job. He came to God in the case of Peter. What that means is he wants to take Peter and, through some kind of fear or sin, squish him through the grate so that Peter comes out here, and faith stays there. Then you have a faithless Peter, with faith sifted out. That’s what was going on that night. Satan wanted to make him really afraid — take all faith out of his life. That’s what Satan designed to do. Jesus continues in Luke 22:32,

“But I have prayed for you that your faith may not fail. And when you have turned again, strengthen your brothers.”

He did not say, “If you turn again, I hope you’ll be a strengthener.” He was sovereign over Satan’s designs right there. “I’m praying for you, Peter. I have interceded with the almighty God, and we have decided: you will deny me three times. You will cry, and when you cry, you will repent. And when you repent, you will become a rock. And on this rock, I will build my church.”

7. Satan can blind, but God causes us to see again.

Second Corinthians 4:4: “The god of this world has blinded the minds of the unbelievers.” Satan is a great blinder. Some of you in this room right now are spiritually blind, meaning that you’re listening to me, and this message right now means nothing to you. You just want to get out of here because Satan has blinded your mind. You have no spiritual taste buds. Truth, like what I’m speaking here, doesn’t do anything. It might make you mad, but it doesn’t awaken worship or passion or zeal or love or resolve to obey. That’s a spiritual work of God, and Satan is a great blinder.

The question is, Is he ultimately powerful in his blinding, or does God have final say whether light breaks into your life? Two verses later, Paul says in 2 Corinthians 4:6:

God, who said, “Let light shine out of darkness,” has shone in our hearts to give the light of the knowledge of the glory of God in the face of Jesus Christ.

When God resolves to make lights go on in your heart, no devil can stop him.

So those are seven glimpses. I could multiply them over and over again. So here I am, back at my question about the origin of Satan’s sinfulness. Is God helpless before the will of his own angels? Is there power outside God himself that limits his rule over them? My conclusion is that, from cover to cover, the Bible presents God as governing Satan in all he does — no exceptions.

And therefore, I would never, ever biblically infer back into eternity and say, Satan got the upper hand or God was helpless. God couldn’t exert enough influence to win this guy’s allegiance. He could get yours, but he couldn’t get Satan’s? No, God holds sway over the wills of his angels. He commands evil spirits, and they obey him. Therefore, if they disobey, he ordained that they disobey — he permitted them to disobey. If God permits Satan’s fall, it isn’t because he’s helpless; it’s because he’s got a purpose for it. 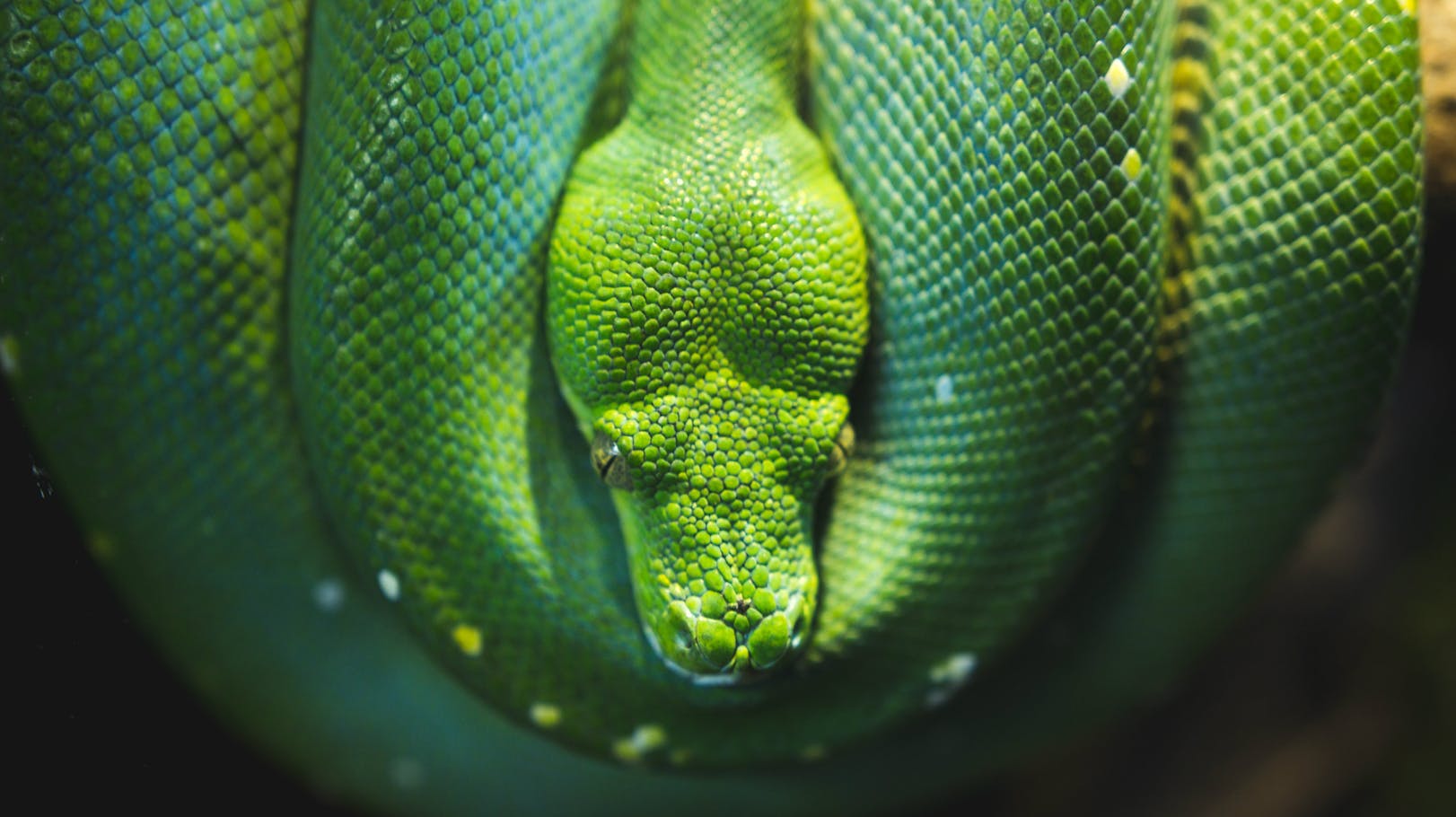 The Fall of Satan and the Victory of Christ

When Life Shrinks to the Size of Our Problems

The God of the universe cares about every problem you have, no matter how small. And he wants to draw you up into purposes far greater than your problems.

Be Shrewd and Buy Up Time

Do you just let life happen to you, or do you pray, do you plan, do you act, do you consider how you spend your time?