The Gentiles Have Obtained Righteousness by Faith

What shall we say then? That Gentiles, who did not pursue righteousness, attained righteousness, even the righteousness which is by faith; 31 but Israel, pursuing a law of righteousness, did not arrive at that law. 32 Why? Because they did not pursue it by faith, but as though it were by works. They stumbled over the stumbling stone, 33 just as it is written, "Behold, I lay in Zion a stone of stumbling and a rock of offense, and he who believes in him will not be disappointed."

The situation in view here in these verses is Paul’s contemporary situation, and it is the same today. We saw it last week in verse 24: some Jews are being called to salvation and Gentiles too are now included in the salvation that was once promised to Israel. The main issue that Paul has been dealing with since verse 3 is that only some Jews are called. Many are accursed and cut off from Christ.

Why? Why are there so few Jews believing in Christ? His first answer in verses 6-29 is that God has chosen some in Israel to be saved, but not all. God is not obliged to save every Israelite: "It is not the children of the flesh who are the children of God, but the children of the promise are counted as offspring" (v. 8). God does this, verse 11 says, "in order that God’s purpose of election might continue, not because of works but because of him who calls." So the freedom of God in election is Paul’s first answer to why only some Jews – and now also Gentiles (v. 24) – are being saved.

Now let’s pause right here and make sure that we see the massively obvious and important thing. There are at least two reasons anyone gets saved, and they are not contradictory. One reason is that God has chosen him unconditionally (Romans 9:11, 21-23) and called him effectually to himself (9:8, 24). God is the decisive actor in this matter of salvation. But there is another reason why a person gets saved: namely, that he "attains righteousness." Verse 30: "Gentiles, who did not pursue righteousness, attained righteousness, even the righteousness which is by faith." This is why they were saved. They attained righteousness.

So be sure that you keep these two things together: unconditional election, and the attaining of righteousness. When God chooses unconditionally an unworthy sinner like you or me to be his child and to be saved from wrath and given everlasting joy, he can’t just bring us into his fellowship without any righteousness. God is holy and perfect and just. He hates sin. His righteousness blazes against all God-belittling attitudes and actions. Imperfection of any kind cannot approach his blazing holiness without being punished. The only persons who stand before God without being destroyed are perfectly righteous persons.

And the problem is there aren’t any perfectly righteous people (except One). Paul said in Romans 3:9-10, "Both Jews and Greeks, are under sin, as it is written: ‘None is righteous, no, not one.’" So the reality of God’s unconditional election is not enough to save anybody. Elect sinners are not yet acceptable. We must "attain righteousness." Not a very likely achievement. That is why God sent his Son, Jesus Christ, into the world. For many, he became a stumbling stone and rock of offense (Romans 9:33), but for others he was the very righteousness of God. His righteousness was the gift of righteousness that we needed and could never perform for ourselves. An utterly crucial verse in this regard is Romans 10:4, "The goal [or end] of the law is Christ for righteousness for everyone who believes." I will come back to this key again and again.

The Way of Salvation According to the Law

So there is none righteous, no not one – except Christ. The perfect Christ. The sinless Christ. And so Paul says, "The goal of the law is Christ for righteousness for everyone who believes." What does the law teach as the way of salvation? Two things, in perfect harmony.

1. First, trust and obey God perfectly and you will be righteous and you will be saved. Accomplish a perfect obedience of faith and you will stand righteous before God. That’s the first message of the law. Nobody but Jesus, in all the world, has ever, or will ever, fulfill the law’s demand for perfect faith and the obedience flowing from it. God knew that when he wrote the law. That’s why, in his grace the law has another message in perfect harmony with the first.

2. The second message of the law is this: since you cannot fulfill the demand for a perfect obedience of faith, look (through blemish-free, sacrificed lambs) to the long-term goal and end of the law. That is, look to final, blemish-free Lamb of God offered in your place. Look to "Christ for righteousness." Let your faith not merely be a trust in God to help you perform an imperfect righteousness (that will never suffice!), but let your faith also be a trust in God to provide the perfect righteousness that another has done for you – "Christ for righteousness for everyone who believes." That’s the second message of the law concerning salvation.

Listen to the way Paul describes the relation between the law and righteousness in Romans 3:19-22.

Now we know that whatever the law says it speaks to those who are under the law, so that every mouth may be stopped, and the whole world may be held accountable to God. For by works of the law no human being will be justified in his sight, since through the law comes knowledge of sin. But now the righteousness of God has been manifested apart from the law, although the Law and the Prophets bear witness to it – the righteousness of God through faith in Jesus Christ for all who believe.

Why the Gentiles Are Being Saved and Israel Is Not

But what about Israel? Why did Israel – not every individual Israelite, but Israel as a whole – not attain righteousness? Verse 31: "But Israel, pursuing a law of righteousness, did not arrive at that law. 32 Why? Because they did not pursue it by faith, but as though it were by works. They stumbled over the stumbling stone."

Who is the stumbling stone? Jesus Christ. You can see that in verse 33: "Behold, I lay in Zion a stone of stumbling and a rock of offense, and he who believes in him will not be disappointed." Believing in Christ is key. That’s what faith is about in verse 32 – the faith they did not have. But verse 32 says they stumbled over this stone, instead of believing on him. What does that mean? What does stumbling over Christ mean?

But instead they stumbled over Christ. This is what verse 31 has in mind: "Israel, pursuing a law of righteousness, did not arrive at that law." In other words, Israel did not attain the righteousness that the law requires. That is, they attained neither personal, perfect obedience nor "Christ for righteousness." Christ is the goal, and they didn’t reach it. They stumbled and took offense.

Moving Toward the Lord’s Supper

As we move to the Lord’s Supper, and commemorate the death of Jesus – the spotless Lamb, the perfectly righteous substitute – rejoice with me in this glorious gospel. Most of us are Gentiles here. So we should lock in on verse 30 as some of the best news we could ever hear. "What shall we say, then? That Gentiles who did not pursue righteousness have attained it, that is, a righteousness that is by faith." And whose righteousness is that? Romans 10:4, it is "Christ for righteousness for everyone who believes."

All are sinners here. Who then may come to the table? Who may have fellowship with the Father and the Son by the Spirit? Answer: Those sinners who have Christ for righteousness by faith alone. May God bless you as you eat and drink. And may Christ confirm to you in your eating and drinking, that he is your righteousness and very great reward.

Added note #1: Evidence that stumbling over the stumbling stone in verse 32b refers to the failure (not to do the law as an "obedience of faith" but) to trust in the redeemer for his righteousness is found in the connection between Romans 10:10-11, "For with the heart one believes unto righteousness, with the mouth one confesses unto salvation. 11 For the Scripture says, ‘Everyone who believes in him will not be put to shame.’" This last quote is found in Romans 9:33 and shows that believing in the stumbling stone is equivalent to believing, as in 10:4 unto "Christ for righteousness." Therefore, when Romans 9:32 ends with, "they stumbled over the stumbling stone," it makes the failure of faith and the preference of works in verse 32 refer to faith in Christ for righteousness, not primarily faith as a way of appropriating grace to do the law.

Added note #2: The concept of an "obedience of faith" as what the law required is not wrong, but irrelevant in verse 32. Even if Israel had pursued commandment-keeping by faith, that would not have been a sufficient righteousness for acceptance with God (because of being an imperfect obedience), UNLESS the faith included trust in a coming blameless Redeemer who would cover the failures of commandment-keeping and the failures of faith, and would become a righteousness for the believer. But Israel did not believe like this as way of attaining righteousness before God. Rather they assumed that their works would suffice to attain the law of righteousness that the law requires. This was a mistake even if the works were "works of faith" because they are not perfect. Only Christ’s perfect righteousness suffices "for everyone who has faith" (Romans 10:4). 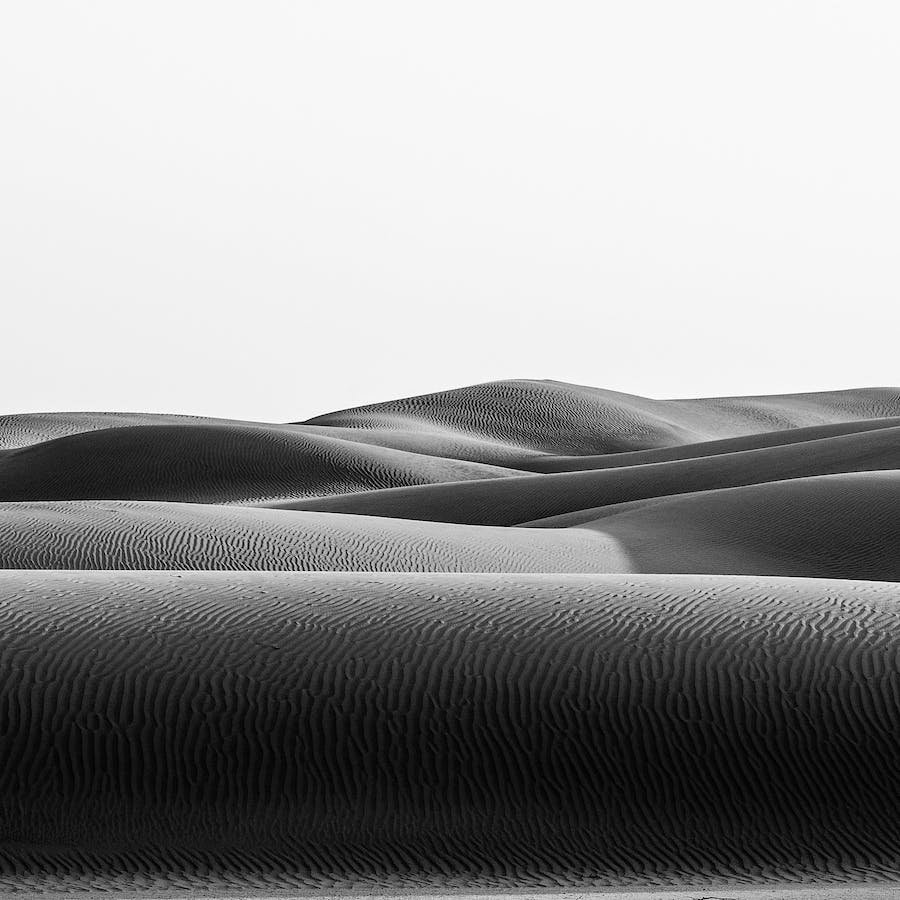 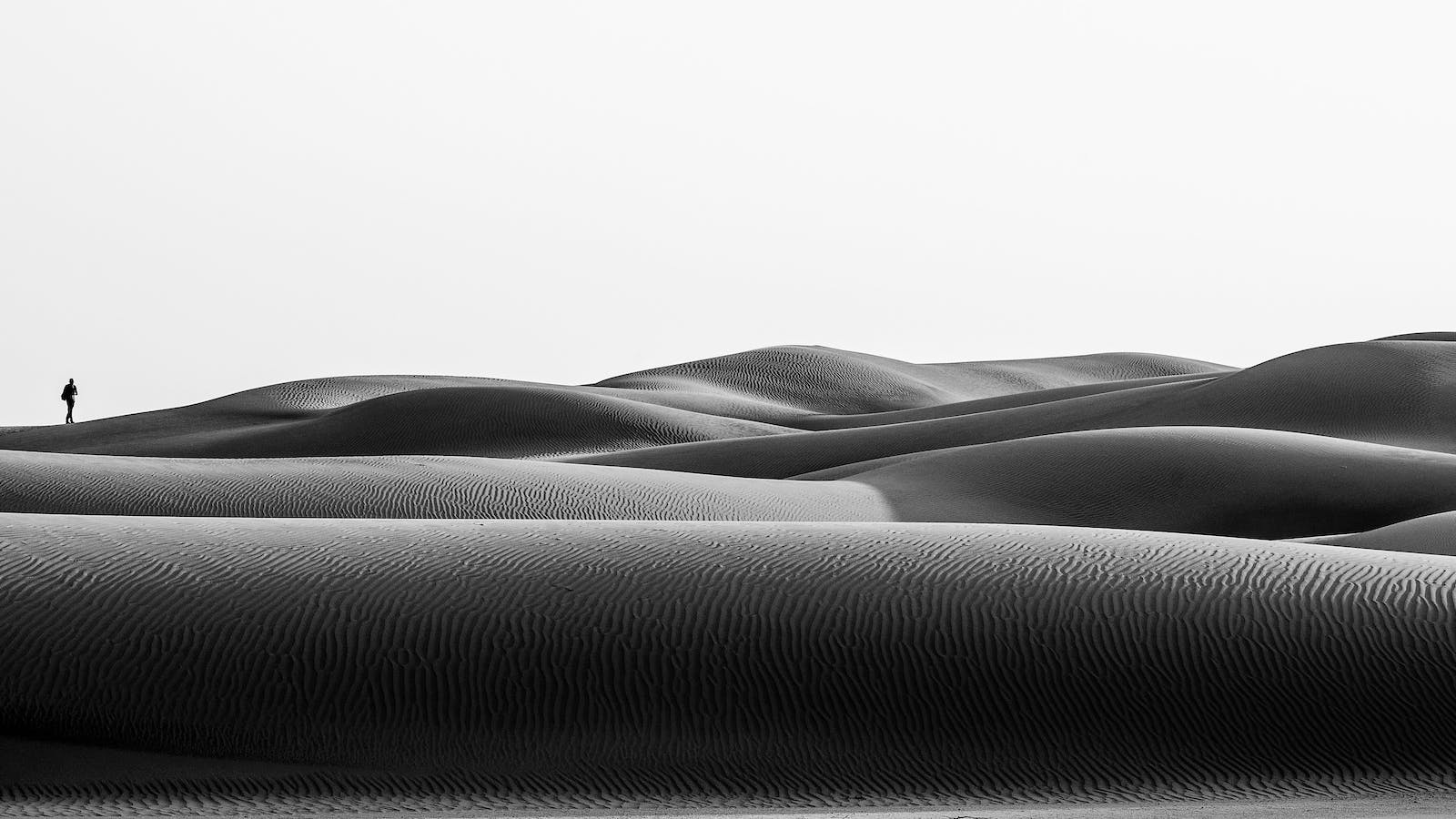 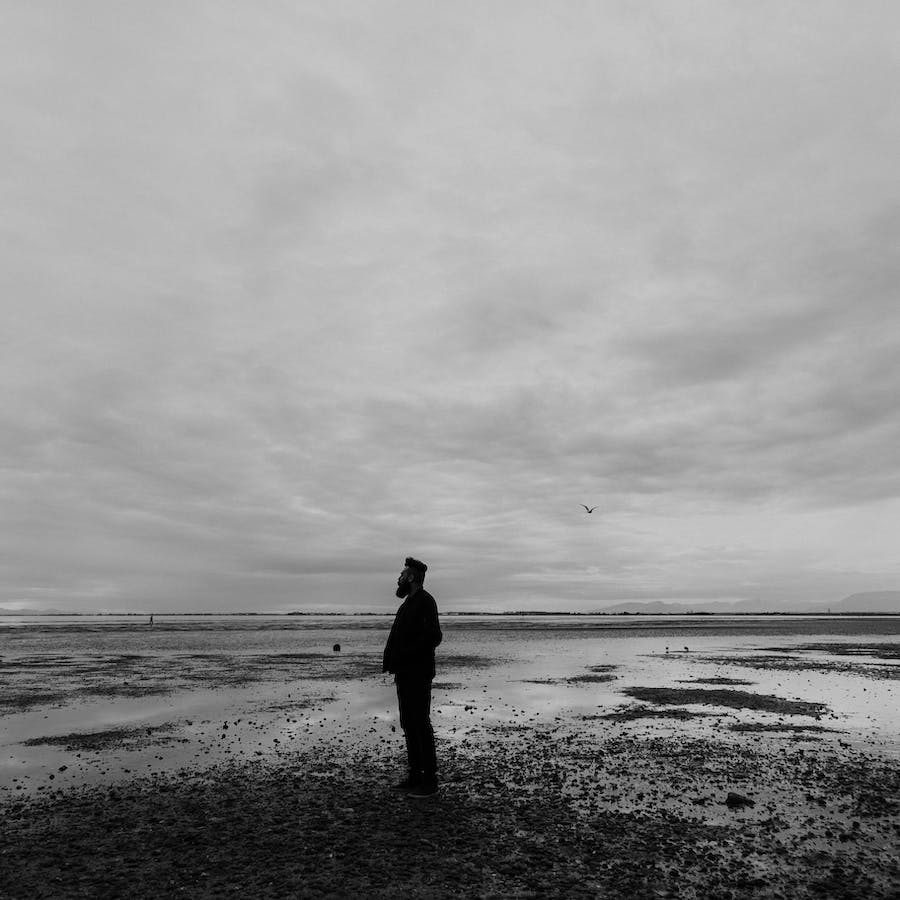 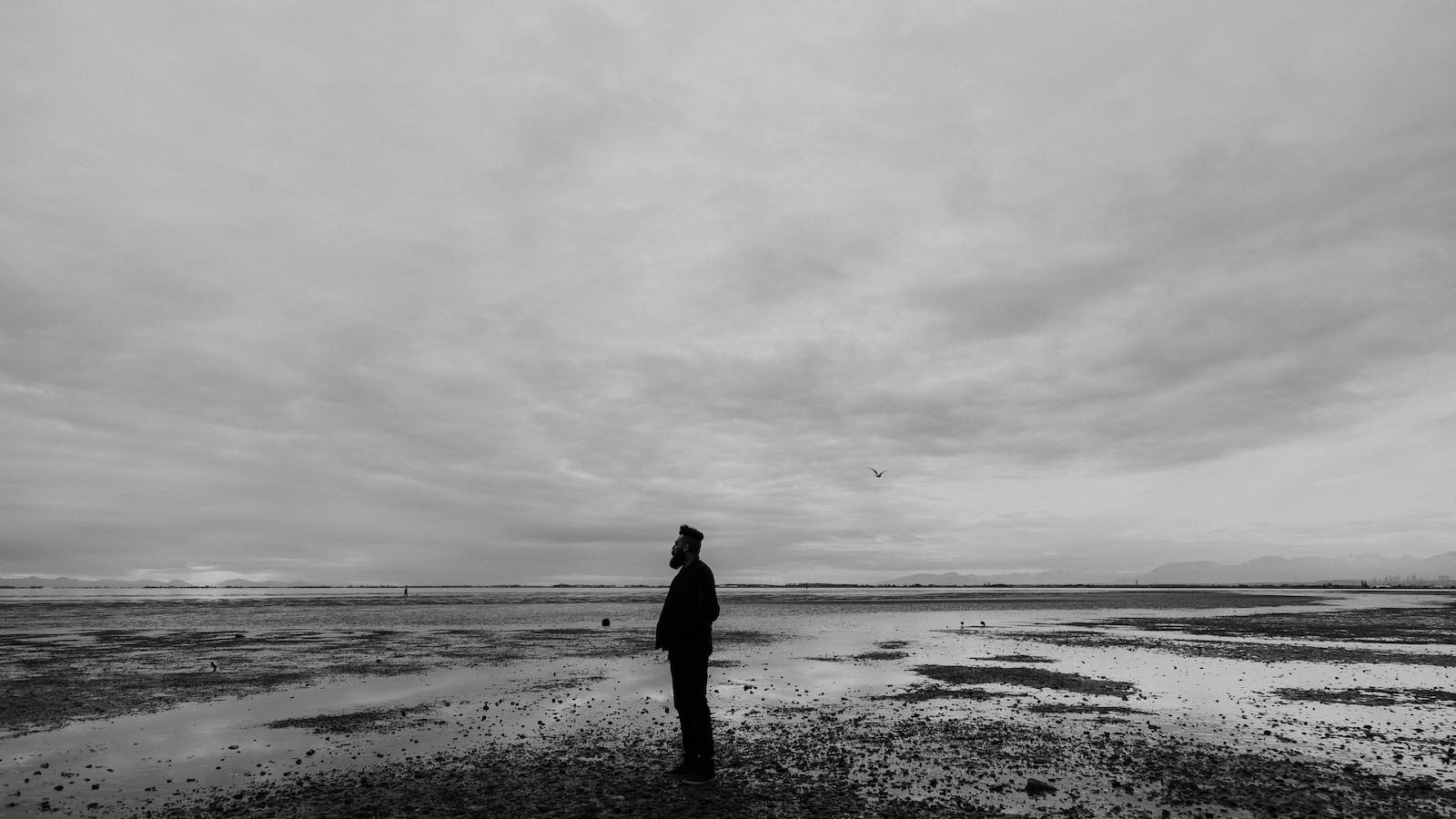 The Ageless Habits of Jesus Christ

We know more about the everyday habits of Jesus than we often realize. And you may be surprised how timeless and relevant they are today.