This clip is from a message John Piper preached at The Gospel Coalition National Conference in Indianapolis.

Tell unbelievers the news first. Foreground the news. Make the news prominent. The world doesn’t know the news. They think they know lots of God’s requirements. “Self-denial? You know we heard about this.” But they didn’t really get the news.

Make the objective facts of the glorious, Jesus-exalting news clear. There’s no other way that the next steps of the gospel can happen if they don’t know the news, because it’s in the news that they see him. And they have to fall in love with him to be in.

That’s what you do: You urge. You plead. “Don’t you see? This is the greatest person who ever was. This is beauty. This is glory. This is value. This is everything. Don’t you see?”

Warn them that to love this world — to love its possessions and to love its praise more than they love Jesus — will cost them their lives forever. Tell them that. That’s what Jesus does.

Warn them that Jesus is coming back. He’s coming back, and when he comes in the glory of the Creator of the universe, and with holy, holy, holy angels — millions of them — nothing you have ever owned, no praise you have ever received will make up for any disapproval of Jesus you’ve ever shown. Your shame of Jesus will bring down shame on your head.

Warn them. We need to warn people with tears, eyeball to eyeball, at a restaurant over the table.

Don’t let them — especially if they’ve grown up in church — fasten on the word self-denial, as if it means Christians are not capable of experiencing unspeakable joy.

What a travesty in understanding the term self-denial, right? Make it clear. Make it crystal clear from this text, Mark 8:34–38, that the self that is to be denied is the self bent on suicide. That’s the only self to be denied: the one that’s bent on eternal suicide; the one that’s bent on the insane thought that owning the world is better than belonging to the Son of Man. That’s insane.

Tell them that denying that self is wisdom, joy, everlasting hope. Make sure they know that the only self that’s being denied is the self of the utter foolishness of craving the approval of man over a million angels and the Father and the Son. Insane. Crazy. Folly.

Don’t get too loud in the restaurant. But it is possible to help them see. They’ll never forget that conversation. They won’t ever forget it. Don’t let them fasten onto self-denial anything other than what Jesus means. There is absolutely a self to be denied, but that self will kill your joy forever.

Fill them with the promises of Jesus. The bottom line in Mark 8:35 is: You will live.

Be like Jesus and be like Paul, and make sure the people that you’re evangelizing know from the start: “through many tribulations we must enter the kingdom” (Acts 14:22). You will suffer in this life. Don’t do any sugarcoating or bait and switch.

“The self that is to be denied is the self bent on suicide.”

Jesus was up front all the time about suffering in the Christian life, and Paul was too. Count the cost. I don’t want you to get on the road and be surprised when the suffering comes. It will come. Count the cost. Tell them something like this:

“If the all-governing, all-controlling, sovereign, merciful God was weaving a fabric of beauty and hope out of sufferings, rejection, murder, and resurrection of the Son of Man — if he was weaving, stitching, in his sovereignty, a fabric out of horrors upon horrors of sinful rejection and sinful murder, a fabric of beauty and a fabric of hope — then don’t you think that he can and will weave out of the torn pieces of your life, and out of the tangled threads of your life, a beautiful tapestry for his glory?” 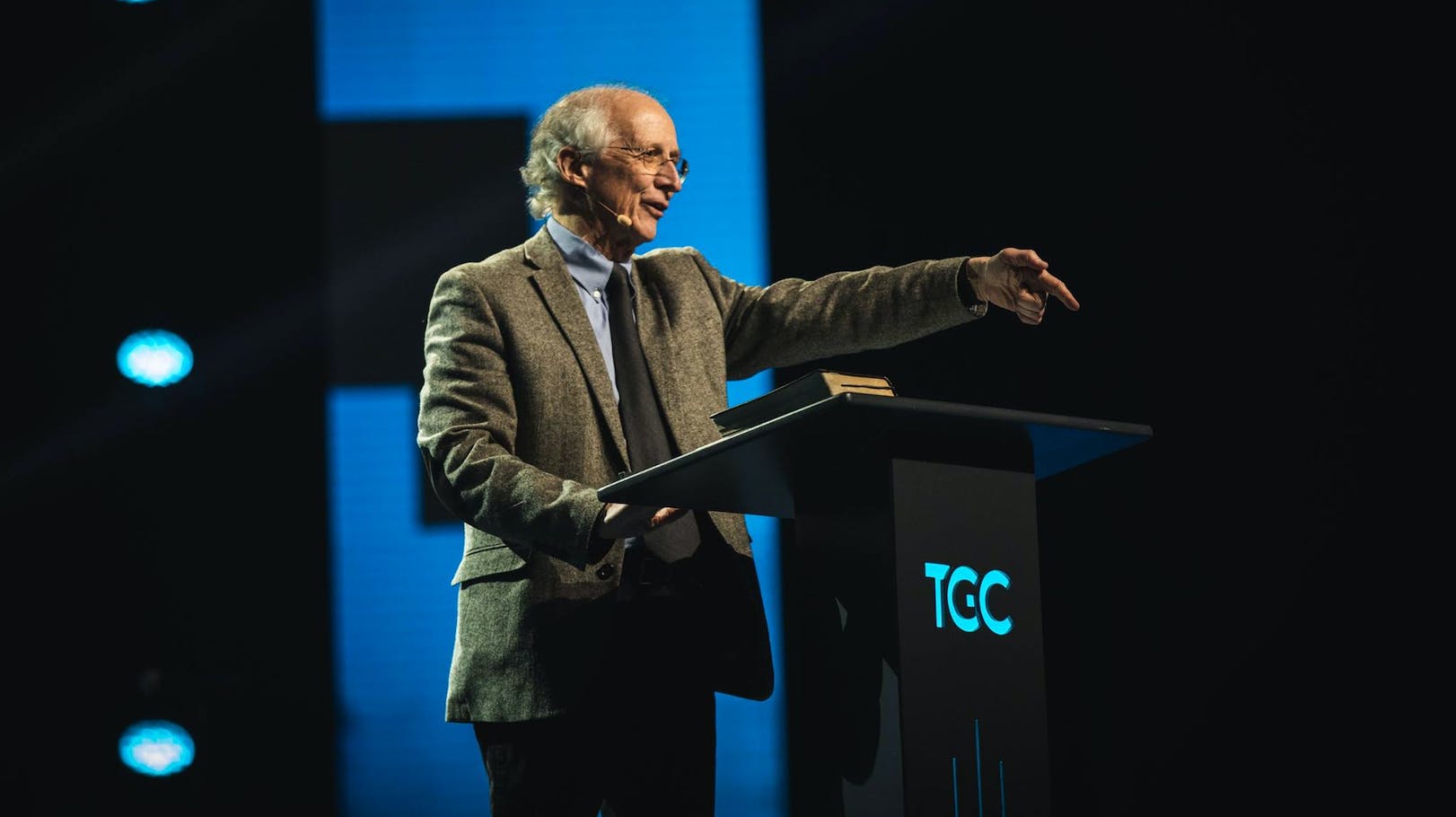 The Golden Stitches of Sovereignty

What Holds Our Gospel Together

Our own sense of reality is not the same as reality itself. And simply recognizing that distinction can be the first step toward aligning our thoughts and emotions with God’s word.