The Mercies of God and the Transformed Christian Mind, Session 2

...present your bodies as a living sacrifice, holy and acceptable to God, which is your spiritual worship. 2 Do not be conformed to this world, but be transformed by the renewal of your mind, that by testing you may discern what is the will of God, what is good and acceptable and perfect.

(These notes taken during the session)

God didn’t create the world for us to live incognito. It really bothers me when people say they’re going to live their Christian lives without saying anything about it. God is radically God-exalting. He’s the most God-exalting being in the universe. He created us to put Him on display.

This order is essential: worship first, then a lifestyle of mercy.

Sacrifices in the Old Testament were for atonement largely. The death of a bull stands in for our blood. And, of course, everyone knew that the blood of bulls and goats doesn’t take away sin. And so now Christ is our Lamb. Christ is our sacrifice. All atoning is finished. It is finished.

Sacrifice here is not an atoning sacrifice. So what is it? Let me open four words to answer this:

1) Bodies: This does not mean, “Not your minds,” because minds come into play in the next verse. But Paul is saying you have feet and hands and mouths and tongues. “I want you to present your bodies to God.”

Bodies are big deals in America. And eating disorders are epidemic. The point of presenting our bodies is not that He’ll be impressed with it. He won’t be. The point is that bodies are the way in the created world that we act. And God cares not about muscular bodies but merciful bodies. Bodies that get up early and go to bed late caring for people. Showing up with you body. Physical presence in people’s lives. O how much good can be done with these tongues or how much destruction! The most powerful member of our bodies is in our mouths, James says.

Bodies matter a lot—but not for the reason that the television says. They are to be models of mercy, not models for clothing. We need to tell our children that God is not designed our bodies to look a certain way but to do certain things. The Bible is so eager that we not invest most of our times in how we look. When we present our bodies to God, we’re presenting them as instruments for righteousness. (I want Christian women to design the way they dress by Christian values, like “I want people to take me seriously as a person.” There are ways of saying look at my body, and there are ways of saying look at my face.) Present your bodies as an act of worship—let your body say how much you value God. Make your body say, “God is my Treasure.”

2) Living: Old Testament sacrifices died on the altar. But Paul says, “Be a living one.” We do die (“take up your cross”): We die to everything in our lives that would diminish what people think about God.

3) Holy: Another word for holy in this context is righteous.

In sum, here’s the sequence: God displayed His mercy by sending His Son and vindicating His own righteous in saving sinners. We are lavished with mercy because of Christ. We see that and embrace it (faith) and treasure it (worship). And then we live it out with our bodies so that people see that He’s valuable to us. He’s constantly shown to be the supremely valuable One to us. And others are drawn to His value.

Everything in verse one is about the value and worth of God.

How Then Do We Live?

Now the questions becomes, “How do you live that? How do you show that?” Let’s start with the negative:

“Do not be conformed to this world” – The world doesn’t value God supremely. So we must in some sense be out of sync with the world. And this is not a simple thing to figure out.

Andrew Walls writes about the indigenous principle of the church and pilgrim principle of the church. Indigenous is at home; the pilgrim is not at home. They’re both true in Christianity. Christianity has found its way into almost every culture because it can have unbelievably diverse expressions and forms. And yet, even though Christianity has this amazing incarnational principle, everywhere is comes it shakes things up. It fits and then it shakes and changes. Join us in this mega-tension. Do you fit or don’t you fit?

Verse two is trumpet blast of the pilgrim principle. You don’t belong here. Live like a citizen of another kingdom. And we need to hear this in tension with the indigenous stream in the New Testament. Jesus puts it together in John 17: “My disciples are not of the world, but don’t take them out of the world.” Or 2 Cor. 6:17: “Go out and be separate.” 1 Cor. 5:9: “Do not associate with sexual immoral, not the sexual immoral of the world but one who bears the name ‘brother’.” 1 Thess. 4:11: Aspire to live quietly, to mind your own affairs, to work with your own hands . . . and depend on no one.” 1 Tim. 4:2: “Live a quiet life.”

Over against the fit-in texts, we find: "Take not part in the fruitless works of darkness, expose them.” Talk about abortion and homosexual and environmentalism. Shake up your church and community. “All who desire to live a godly life in Christ Jesus will be persecuted”—that’s not fitting in.

Where Did This Tension Come From?

1) A view of creation: 1 Cor. 10:25 – the earth is the Lord’s and the fullness thereof. He made it all; eat it all. However, there’s another truth about creation: It’s fallen (Rom. 8:19ff.) and its present form is passing away (1 Cor. 7:31). They’re both true: The creation is God’s creation and the creation is presently fallen and passing away.

2) A doctrine of Christ: “The Word became flesh and dwelled among us” (John 1:14). The Son of God became indigenous. He took on a Jewish body and became a carpenter. He was hungry. He fit in. He spoke a language. He had friends. He was totally human. However, He came to His own and His own did not receive Him. They crucified Him. So He didn’t fit in. One group loved Him and one group hated Him. And that’s the way it will be with us. You do fit it; don’t where weird clothes. You’re not a weirdo. But sooner or later, some will want to crucify you if you are the way Jesus was.

How Can You Know What to Do?

“. . . be transformed by the renewing of your mind so that you may discern/prove/approve the will of God.” Do I do a pilgrim thing here or an indigenous thing here? It may be different tomorrow. The non-conformity to which we’re called is not an easy thing. There are hundreds of hundreds of decisions about how to fit it. This is so different to trying to live the Christian life by some kind of new list. There are too many issues facing us everyday for which there’s nothing on the list. Things you’ve never faced before, things that aren’t explicitly in the Bible. And the biblical answer is: Be transformed so that you can discern what God is calling you to.

The newness that we do here is growing out of something that has happened to us. Compare Rom. 6:6 and 6:11. Verse six: Our old self was crucified with Jesus; it really died. Verse eleven: You must consider (or count) yourselves death to sin. Are you dead? Yes, so count yourself death. This is the Christian genius of change. This is the Christian life. If you really believe, “I’m dead; my punishment is passed; my judgment is behind me,” then you’ll grow out of that. It takes so long to learn this. We’re all still learning this. Your job day by day is to say to the old nature, “Dead!” “Cast out the old leaven, for your are unleavened” (1 Cor. 5).

What Is Wrong with the Human Mind?

Something must be wrong; it’s got to be renewed. Paul thinks there’s something wrong with our minds. Some say that people don’t have enough education or information. But when you have more education, you develop more elaborate scams and plots and schemes. That’s not the answer. The mind doesn’t mainly need more information.

What’s wrong with our minds? They’re depraved (Rom. 1). Our minds became foolish and exchanged the glory of God for images (1:22-23). The human mind has a spirit (Eph. 4:23, “the spirit of your minds”; very close to Rom. 12:2). What would the spirit of a mind be? The spirit of the mind is the mindset, the viewpoint, the posture of the mind, the attitude or bent of the mind. No mind is neutral. The mind is in the firm grip of a bent. We use our minds mainly to exalt ourselves. That’s the main problem with the mind. It’s quick as can be to defend itself. And not just this, but what’s really wrong is that God isn’t the Treasure of our minds; we are. Our minds are all consumed with ourselves.

O to be free of self! When I think about heaven, I don’t think, “Finally, I’ll like myself.” I think, “Finally, glorious self-forgetfulness in the presence of Beauty.” Our healthiest moments are when are minds are moving out toward beauty. Heaven won’t be a hall of mirrors. Our problem with our minds is that they don’t worship. They don’t delight in God. They are self worshipping, not God worshipping.

How Are They Going to Get Renewed?

2) A subjective, internal work. Inside we’re hostile. So Holy Spirit has to do another work. He not only orchestrates the external world, He also has to take our blinders off. God speaks the sovereign word, “Let there be light,” to our souls.

Want to sum that up? Read your Bible and pray. 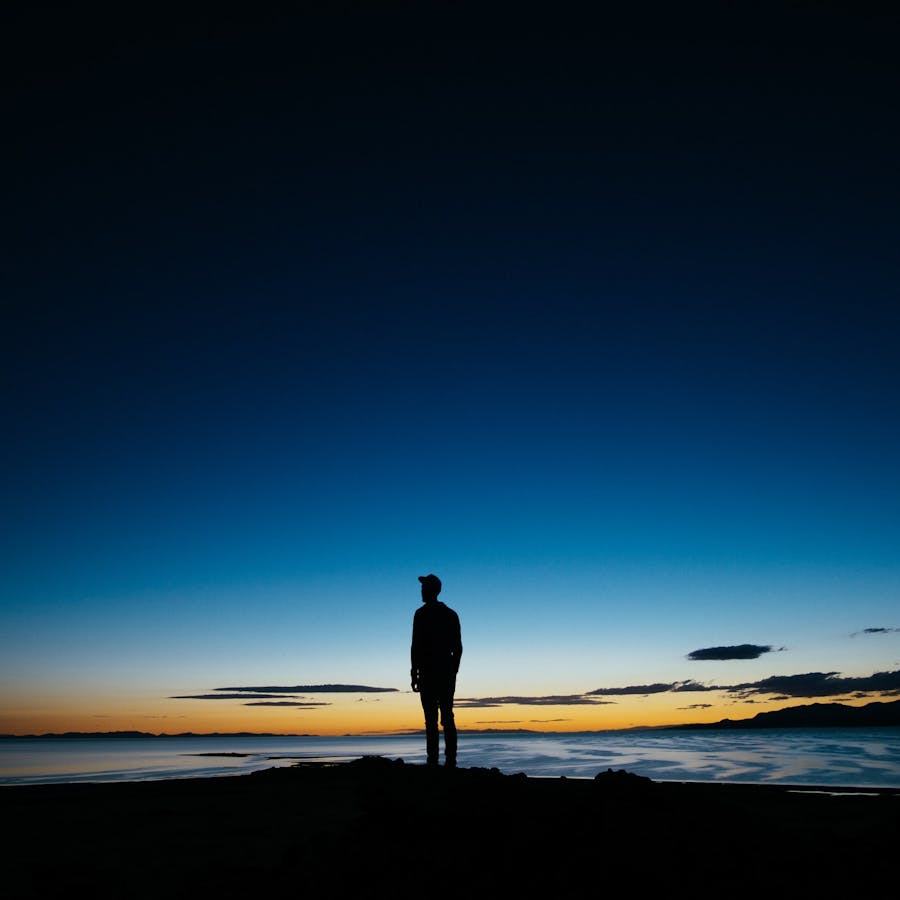 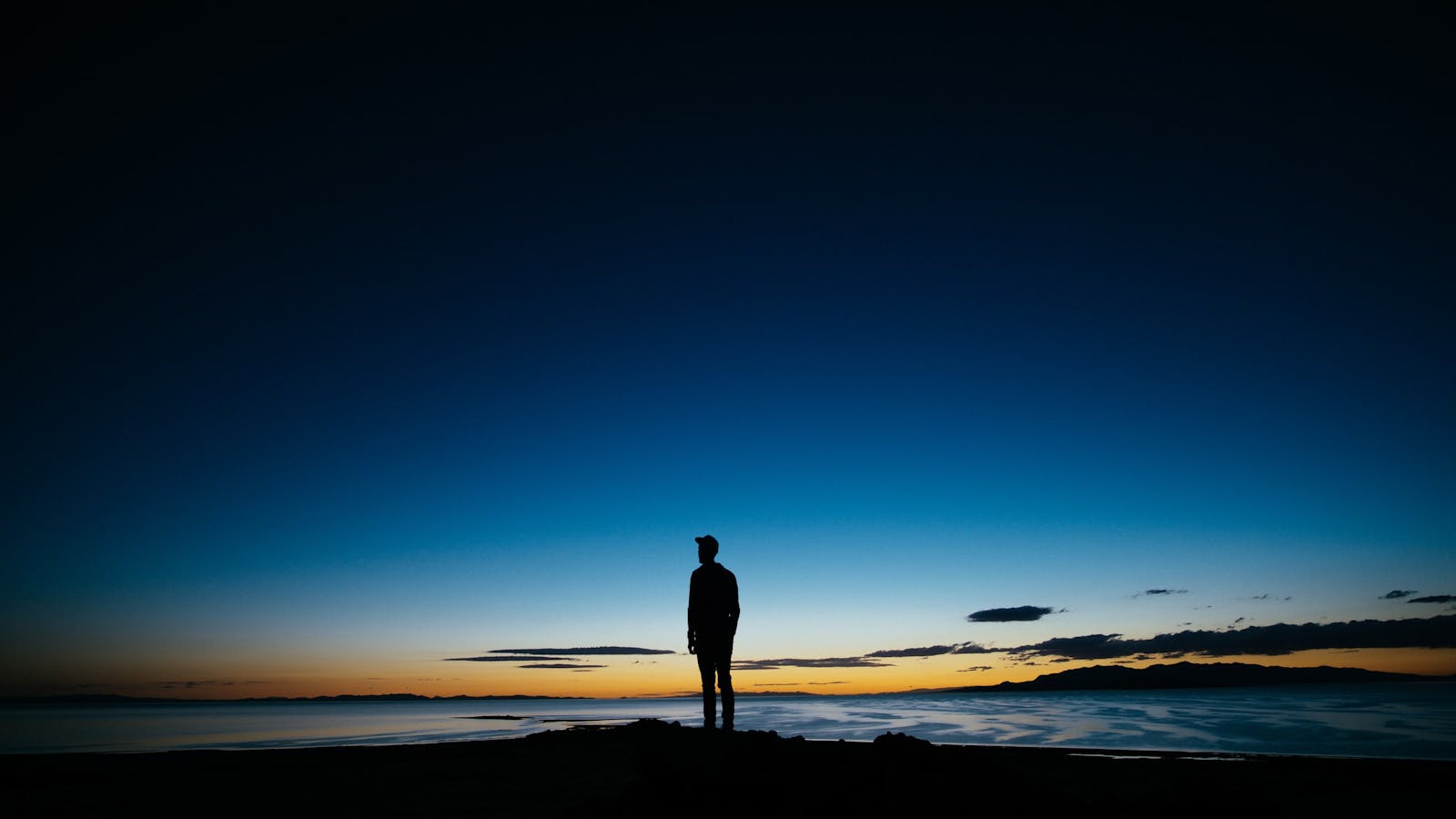 Did Jesus Say We Are gods?

In John 10, Jesus quotes from Psalm 82, saying, “You are gods.” Does this mean human beings are gods, or is something else going on? 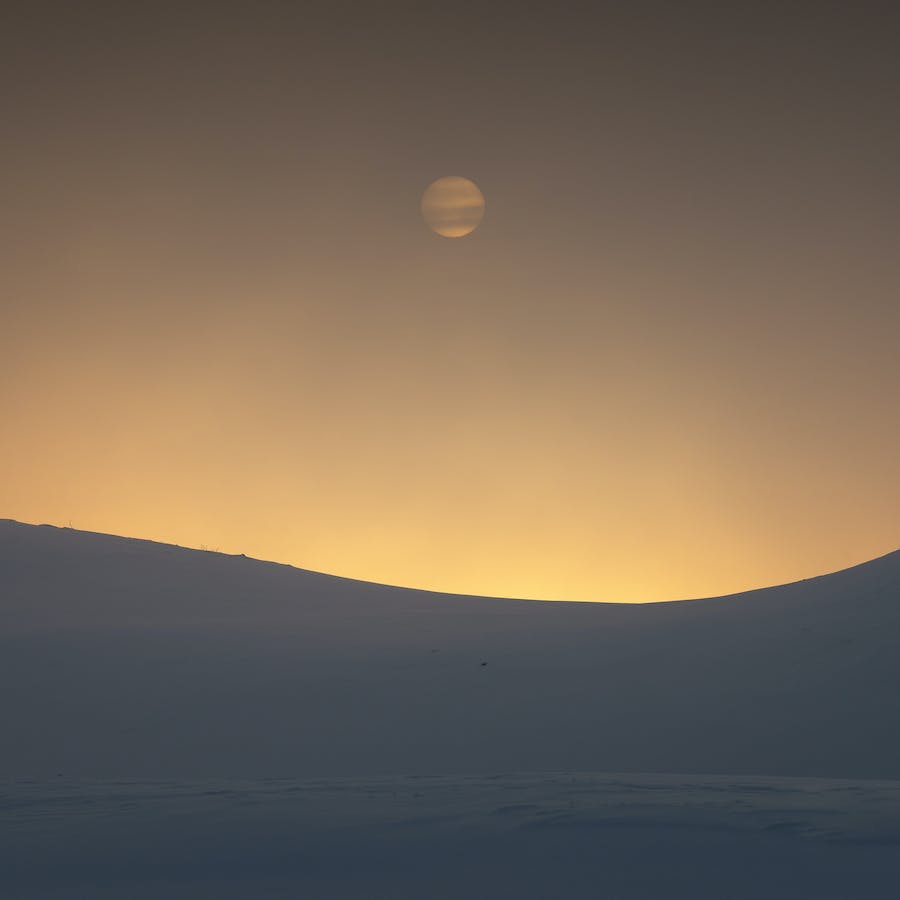 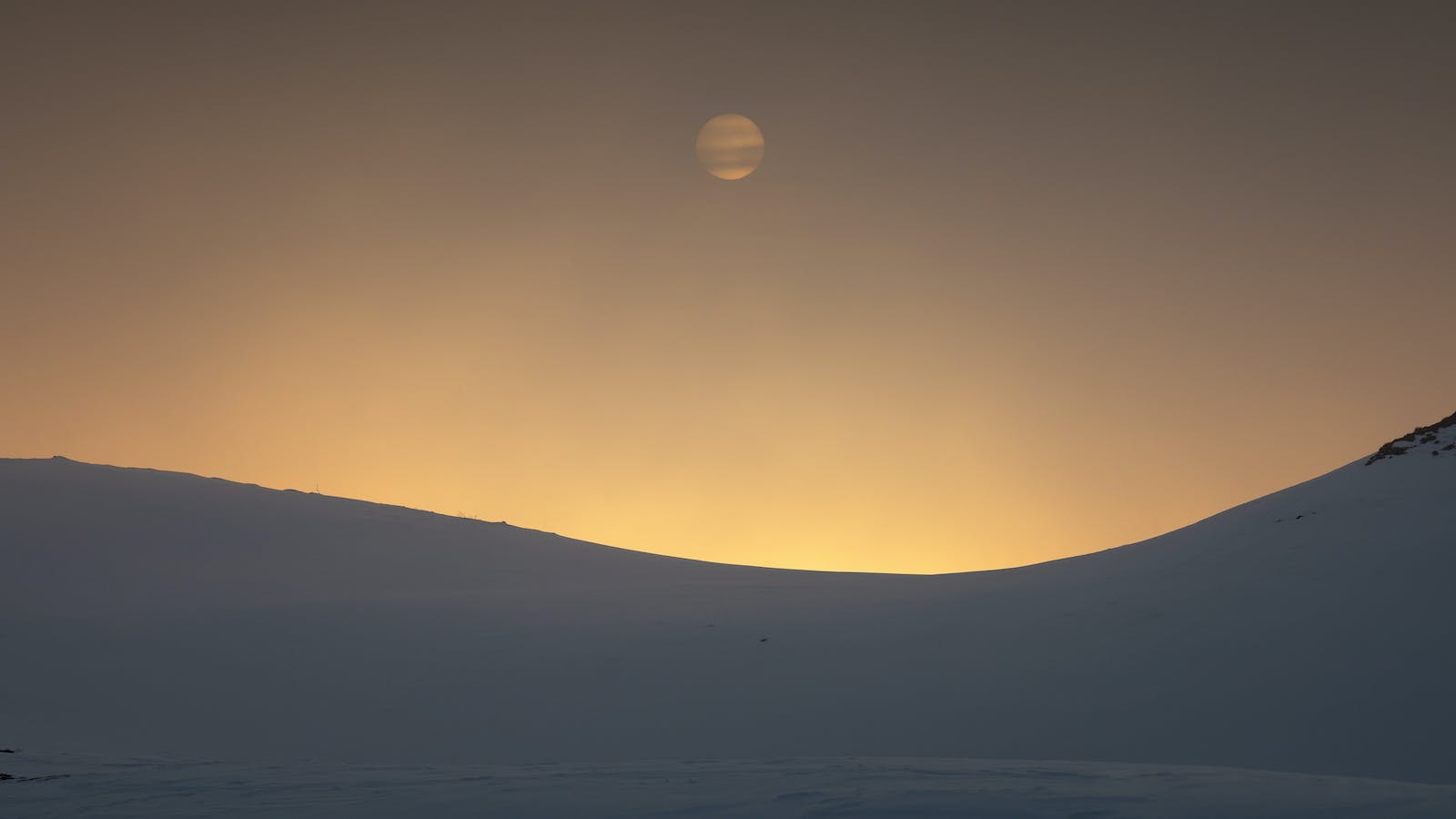 The Forgotten Giver of Christmas

Advent reminds us that we have a Savior, a Redeemer, a Brother and King, but also that we have an almighty Father of infinite wisdom and relentless love. 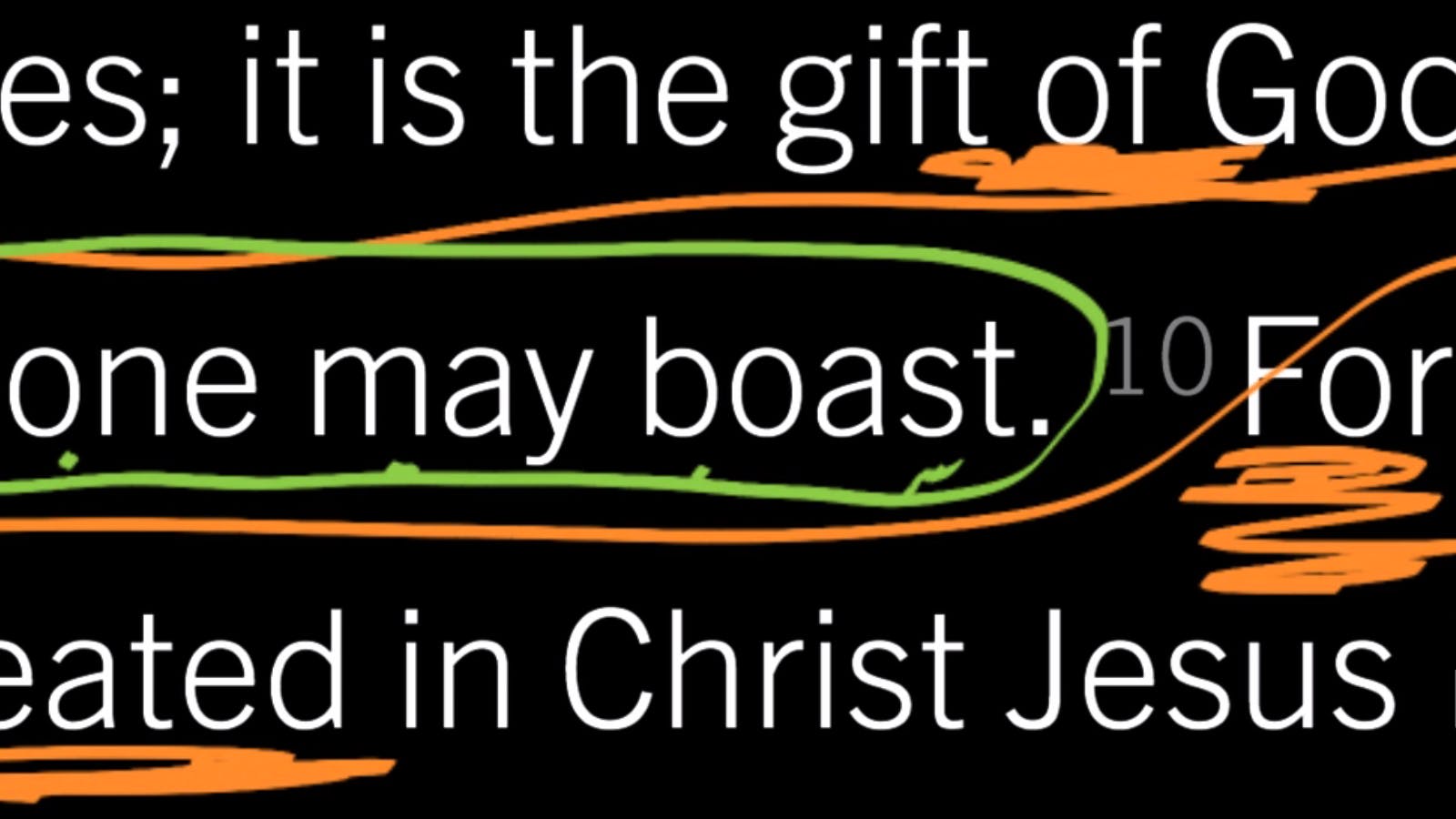 Dead in Sin, Alive in Grace