The Mercies of God and the Transformed Christian Mind, Session 3

Do not be conformed to this world, but be transformed by the renewal of your mind, that by testing you may discern what is the will of God, what is good and acceptable and perfect. 3 For by the grace given to me I say to everyone among you not to think of himself more highly than he ought to think, but to think with sober judgment, each according to the measure of faith that God has assigned. 4 For as in one body we have many members, and the members do not all have the same function, 5 so we, though many, are one body in Christ, and individually members one of another. 6 Having gifts that differ according to the grace given to us, let us use them: if prophecy, in proportion to our faith; 7 if service, in our serving; the one who teaches, in his teaching; 8 the one who exhorts, in his exhortation; the one who contributes, in generosity; the one who leads, with zeal; the one who does acts of mercy, with cheerfulness.

(These notes taken during the session)

So here we have "not being conformed to the world" and "becoming all things to all people"—the indigenous and pilgrim principles—and knowing God’s will for our lives. Let’s pick up that that phrase “discerning the will of God.”

“The Will of God”

The Bible uses the term “the will of God” in many senses, but there are two main senses: 1) the sovereign will of God (everything that comes to pass, Eph 1:11) and 2) the moral will of God (the will of command).

1) Sovereign will texts: Matthew 26:29; Acts 4:37 (The sovereign will of God includes all this that comes to pass, including evil. If you reject God’s sovereign control of evil, you reject the cross. The cross was the most evil event in history. There is nothing worst than murdering the Son of God. And it was the will of God from eternity to bruise Him. To embrace the sovereign will of God over all that comes to pass is not a marginal thing. The cross is at stake. The gospel is at stake. If you believe that God loved you in sending His Son to die for you, you have to believe that He ordained the evil of murdering His Son.); 1 Peter 3:7 (Sometimes it is God’s will for you to suffer for doing good.); Eph. 1:11; Prov. 16:33; Prov. 20:1. God wills all things that come to pass, even evil. (You have to be able to say: God does not sin when He wills that sin be. God willed the death of His Son, but He is not a sinner. He is not evil in ruling evil.)

Which one is meant in verse two of Romans 12? The will of command. (God often doesn’t want us to know His sovereign will.) God has a will of what is good, acceptable, right. God-glorifying, and we need to discern what that is and bring our lives into conformity with it.

Three Stages of the Will of Command

First stage: The will of command is revealed in the Bible. Here the will of God is authoritative and revealed.

Second stage: The application of the will of God to certain situations. The Bible won’t tell you who to marry or what car to drive or where to go on vacation. There are hundreds of these choices that we make every day that aren’t directly addressed in the Bible. And we need to be informed biblically about these.

Third stage: The most pervasive: 95% of our behavior we do not premeditate. How you stand. What you say. What tone of voice you have. There are an avalanche of actions pouring out of our lives that we don’t even think about. There are too many decisions to be made. This third stage is mainly what verse two is about. Be transformed by the renewing of your minds so that you may live in godly ways the 95% of your life that is not premeditated. Why do I think falls within the realm of “the will of God”? Because the Bible says things like “Don’t be prideful,” “Don’t covet,” “Don’t envy.” And all these are not decisions we make; they happen to us. Spontaneous behavior can be wrong—not the will of God. Do you decide to be prideful? Do you decide to covet? No, they flow out of the heart. [Done with verses one and two.]

Verse three is most remarkable—probably one of the most important in the chapter. Paul is not leaving behind the issue of the new mind. In fact, verse three is an illustration and explanation of the way the new mind thinks.

Verses 3-8: For by the grace given to me I say to everyone among you not to think of himself more highly than he ought to think, but to think with sober judgment, each according to the measure of faith that God has assigned. 4 For as in one body we have many members, and the members do not all have the same function, 5 so we, though many, are one body in Christ, and individually members one of another. 6 Having gifts that differ according to the grace given to us, let us use them: if prophecy, in proportion to our faith; 7 if service, in our serving; the one who teaches, in his teaching; 8 the one who exhorts, in his exhortation; the one who contributes, in generosity; the one who leads, with zeal; the one who does acts of mercy, with cheerfulness.

Of all the things Paul could have gone to next after verse one and two, he goes to the way that you think about yourself. Isn’t it amazing that what he grasps to tackle right off the bat is what this new mind does when it thinks about itself! This so unbelievably up to date—the very thing that kills America: self, self, self. The structure of verse three is the same as the negative-positive structure of verse two (“not... but...”). Think about yourself differently than the world thinks. So what is that?

Paul’s alternative to a worldly view of self: thinking with sober judgment—specifically, each according to the measure of faith God has assigned. Mind boggling. Here’s what I think he’s saying: If you want to measure yourself, do it by making your faith the criterion of your measure. Think about yourself in accord with, by the standard of, the measure of faith God has assigned you. Faith is looking away from yourself. So, take stock of yourself by looking away from yourself to another. Christ is all, Paul says (Col. 3:11). So look away from self to Christ. That is so revolutionary. Make the measure of yourself the measure of your seeing and savoring and treasuring Christ. If you want to have significance, embrace Christ as the One who is significant. If you want to have value, embrace Christ as the One who is infinitely valuable. Our worth consists in treasuring the worth of Christ. Verse three tells us the main feature of the renewed mind is the contemplating of all reality in a radically Christ-centered way. Self, what value do you have? Answer: Christ is supremely valuable. Paul is simply changing the categories on us so that we don’t get bogged down in the self-esteem search. The beauty of the self is its self-forgetfulness in Christ.

Two Reasons Why Paul Says This in Verse Three

1) Because faith is a gift of God and thus obliterates boasting. Faith by its nature looks away from self, and faith is a gift. Our pride receives a double blow. Whatever faith you have, you didn’t make. It’s a gift.

2) It produces a humble interdependence because He gives us all different measures of faith. Christ gets more glory than if there were uniformity of faith. God is really into diversity.

The only thing I want to say here is this: In saying that we are individually members of one another, one of the amazing implications of that is that the best way to find out what your gift is is to be part of the body. Not to go away to the words, but be part of the body in faith. Find out by doing what you feel like doing. Spiritual gifts are basically—not only, but mainly—natural endowments supercharged with the Holy Spirit to effect change by grace. A spiritual gift transmits grace. First Peter 4:10: stewarding God’s manifold grace. Gifts steward grace. You just start doing what you want to do and grace starts flowing. People get helped. You get affirmation from others. Be who you are; people will see and they will carry you along. This is how you discover who you are. You don’t impose yourself. You don’t show up and say, “I’m here to....”

This is a good place to stop. Here’s where we’ll go tonight, Lord willing: finish chapter 12 tonight (and then do chapter 13 tomorrow morning). 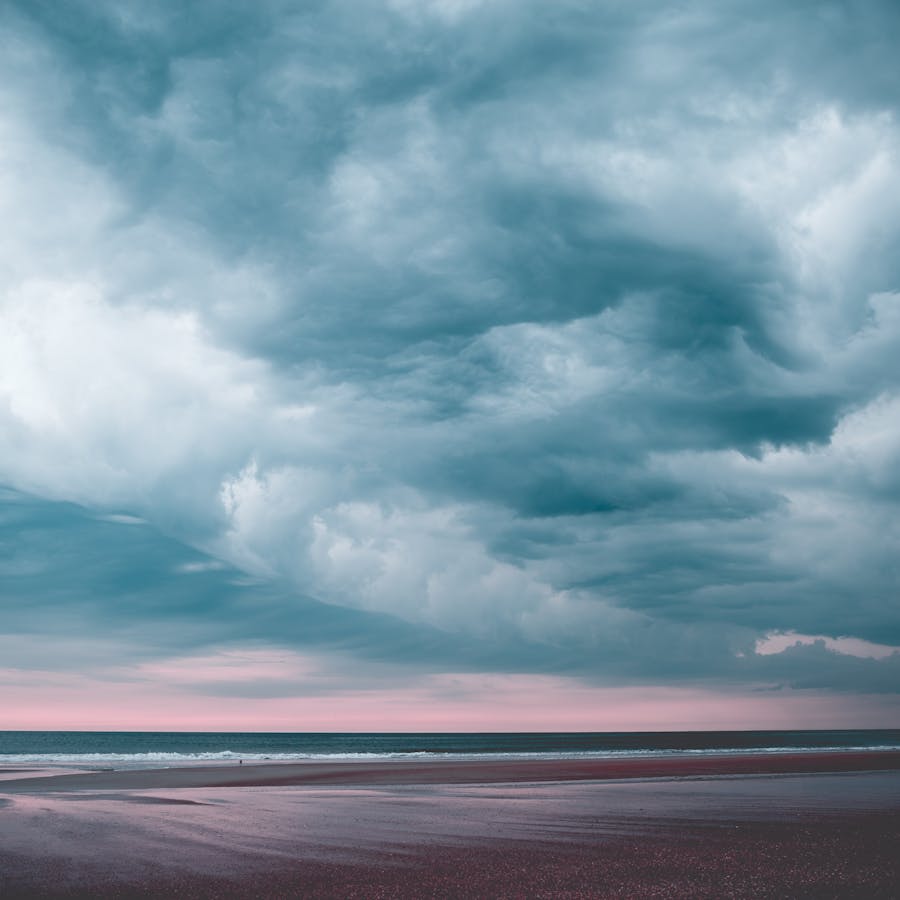 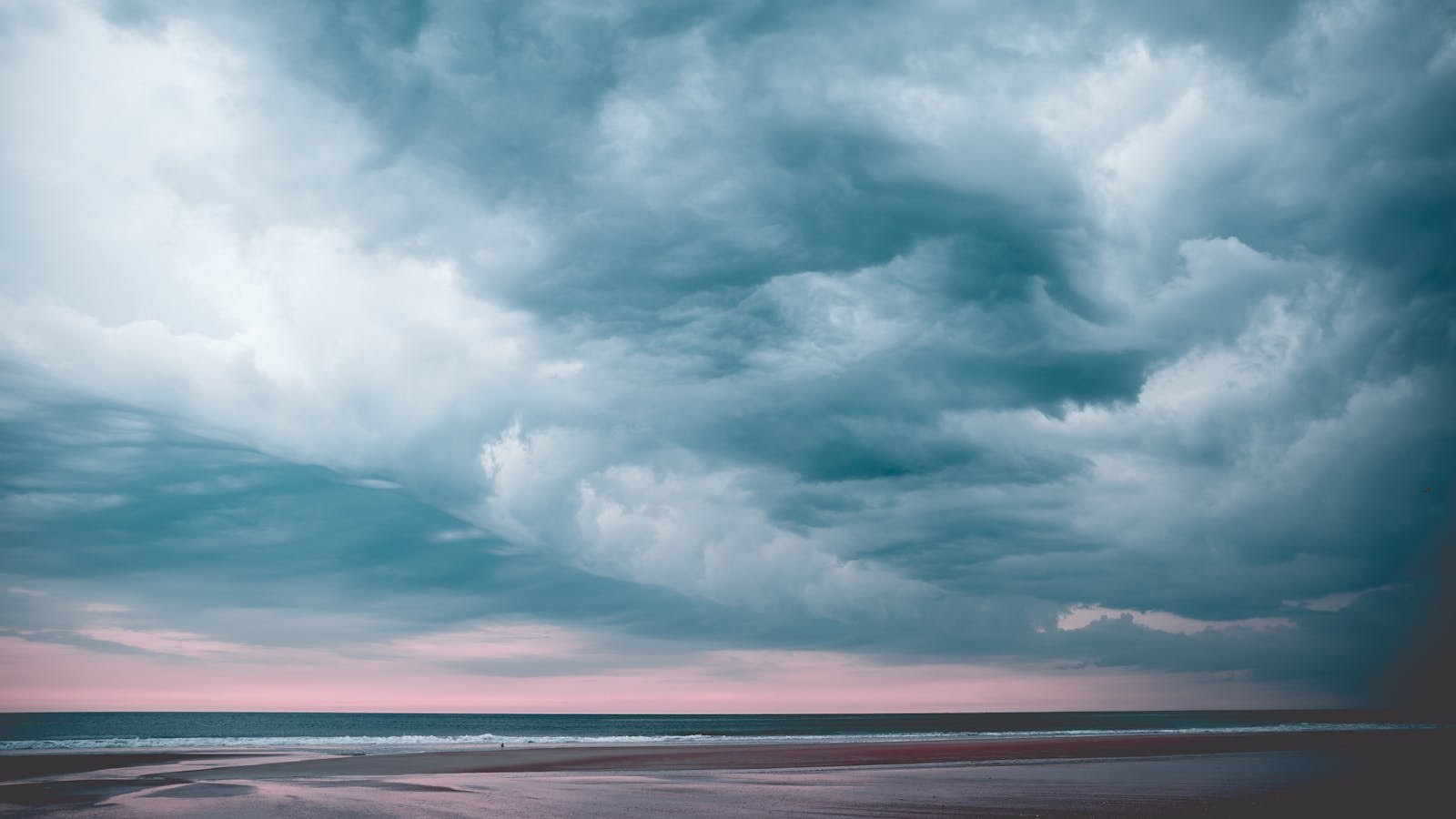 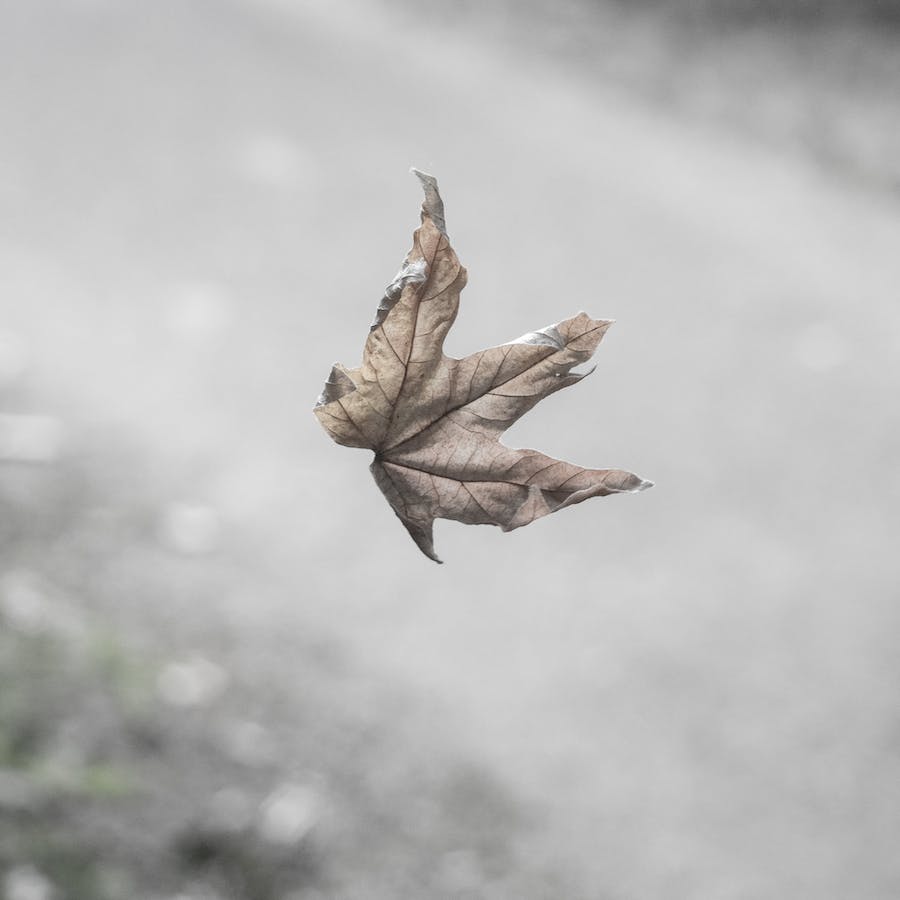 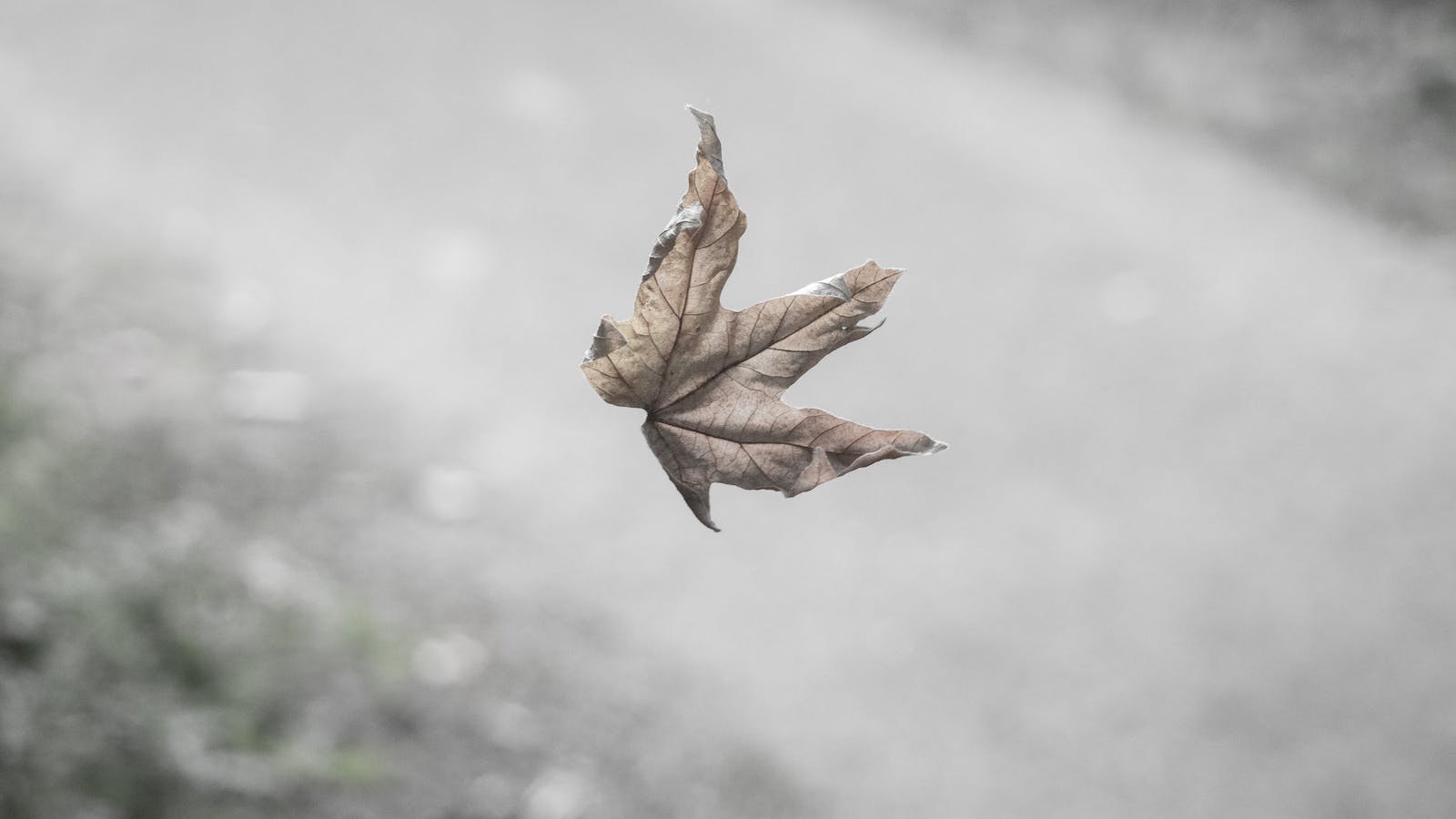 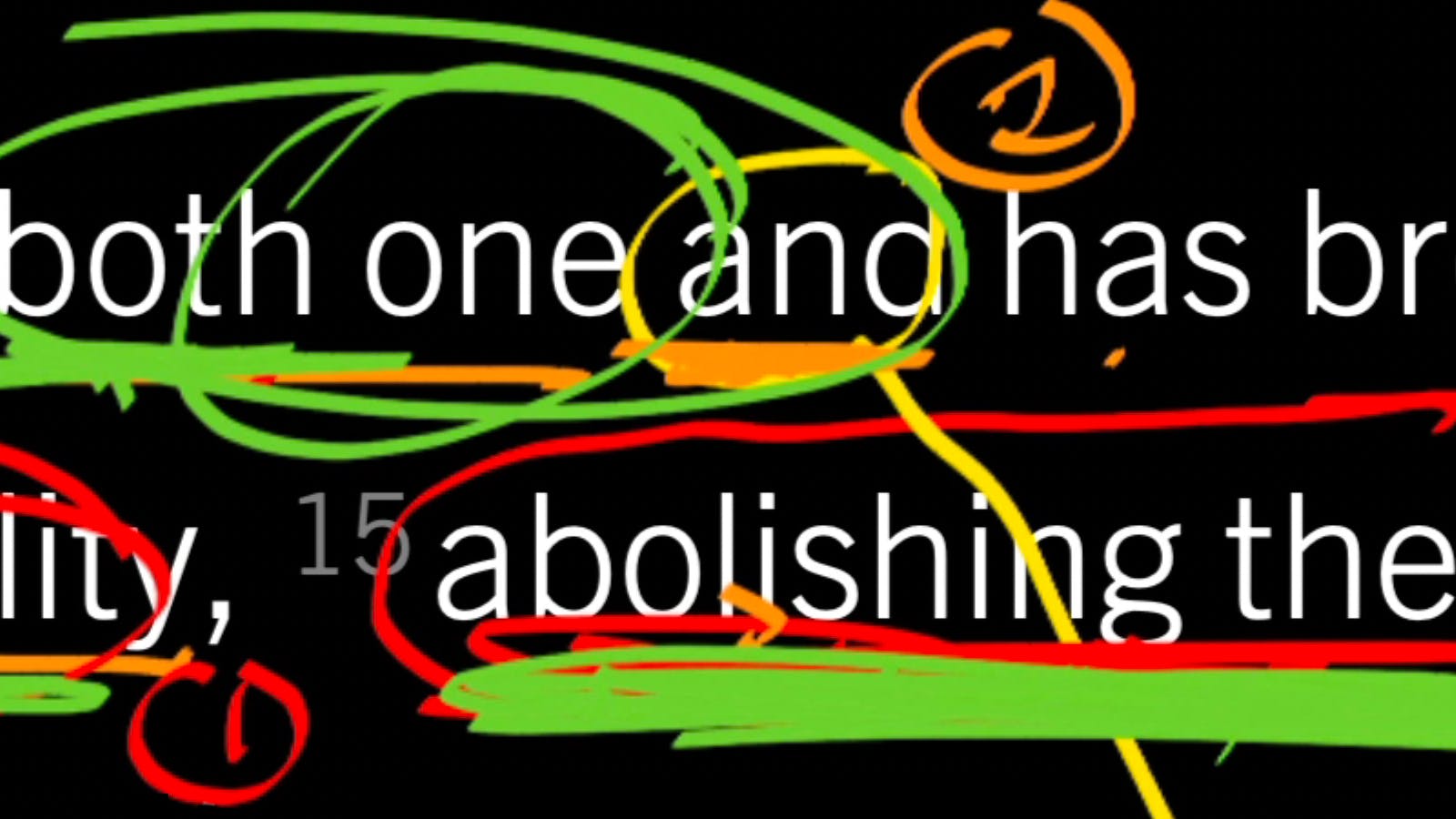 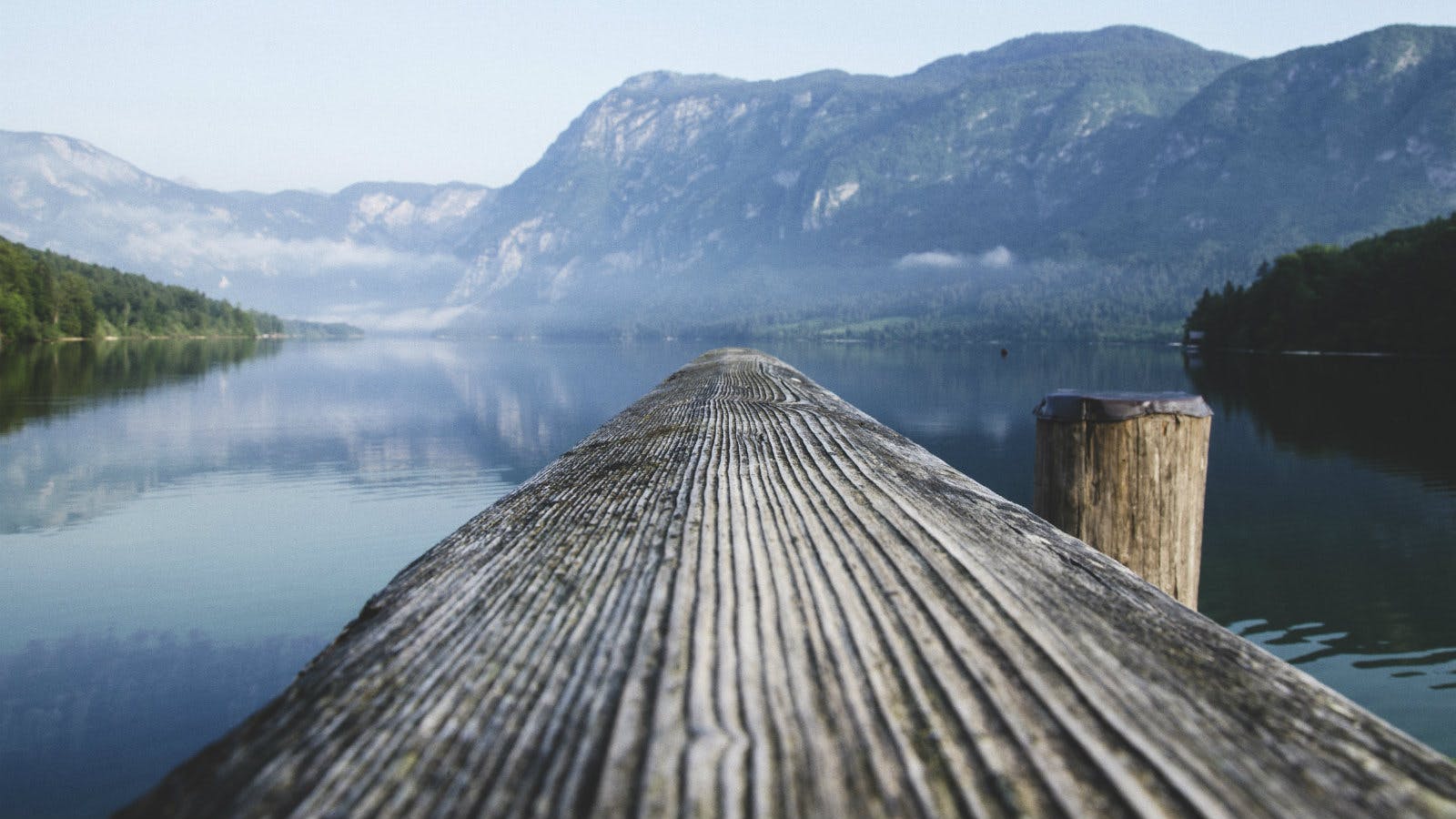