The Pleasure of God in Everything He Does

One of the great, and unfathomable implications of the Biblical truth of God as three in one, Father, Son, and Holy Spirit is that God is overflowingly happy in the fellowship between the Father and the Son through the Spirit. "This is my loved Son in whom I am well pleased" (Matthew 3:17).

God is and always has been an exuberantly happy God. He has never been lonely. The Father has always rejoiced with overflowing satisfaction in the glory of his Son, and vise versa.

Therefore, God is not constrained by anything outside himself to do anything he does not want to do. If God were unhappy, if he were in some way deficient, then he might indeed be constrained from outside in some way to do what he is not pleased to do in order to make up his deficiency and finally to be happy.

But, because he is complete and exuberantly happy and overflowing with satisfaction in the fellowship of the Trinity, all he does is free and uncoerced. His deeds are the overflow of his joy. This is what it means when the Scripture says that God does something according to the "good pleasure" of his will (Ephesians 1:5).

The psalm begins by calling us to praise the Lord: "Praise the Lord. Praise the name of the Lord." Then, starting in verse 3 the psalmist gives us reasons for why we should feel praise rising in our hearts toward God. It says, for example (v. 3), "Praise the Lord, for the Lord is good." The list of reasons for praise goes on until it comes to verse 6, and this is the verse I want us to focus on this morning:

Whatever the Lord pleases he does, in heaven and on earth, in the seas and all deeps.

Our God is in the heavens; he does whatever he pleases.

This verse teaches that whenever God acts, he acts in a way that pleases him. God is never constrained to do a thing that he despises. He is never backed into a corner where his only recourse is to do something he hates to do. He does whatever he pleases. And therefore, in some sense, he has pleasure in all that he does.

Isaiah uses the same Hebrew word (haphetz) in Isaiah 46:10 where the Lord says,

My counsel shall stand, and I will accomplish all my pleasure (hephziy).

On the basis of these texts and many others we should bow before God and praise his sovereign freedom—that in some sense at least he always acts in freedom, according to his own "good pleasure," following the dictates of his own delights. He never becomes the victim of circumstance. He is never forced into a situation where he must do something in which he cannot rejoice.

The Question Raised by Ezekiel 18

In Ezekiel 18:30 God is warning the house of Israel of impending judgment: "Therefore I will judge you, O house of Israel, every one according to his ways, says the Lord." And he is urging them to repent: "Repent and turn from all your transgressions." At the end of verse 31 he says, "Why will you die, O house of Israel? For I do not have pleasure in the death of any one, says the Lord God; so turn, and live."

This seems to be a very different picture than the one we saw in Psalm 135, where God does whatever he pleases. One might try to solve the problem by saying, "God does not take the life of the wicked." But Psalm 135 excludes that possibility.

Does God Take the Life of the Wicked?

The psalmist goes on in verses 8–11 to say that God's sovereign freedom was shown most vividly in the Exodus out of Egypt:

The Problem Gets Worse

Before I suggest a solution to this problem, let me make it worse.

Many Christians today have a conception of God that isn't troubled by his being cornered into doing things he doesn't want to do. And I can easily imagine that one response to what we have seen so far would be to say that we have created an artificial problem because Psalm 135 doesn't actually say that God takes pleasure in destroying the Egyptians.

Perhaps someone would say that "doing whatever he pleases" in Psalm 135:6 is just a figure of speech and doesn't carry the sense of pleasure or delight. And so they would say that God only grieves when he must judge unrepentant sinners, and there is no sense in which he is doing what he is pleased to do.

In answer to this I would direct attention to Deuteronomy 28:63 where Moses warns of coming judgment on unrepentant Israel. But this time it says something strikingly different from Ezekiel 18:32,

And as the Lord took delight in doing you good and multiplying you, so the Lord will take delight in bringing ruin upon you and destroying you. (Cf. Proverbs 1:24–26; Revelation 18:20; Ezekiel 5:13.)

A Solution to the Problem

I venture a solution: namely, that the death and misery of the unrepentant is in and of itself not delight to God. God is not a sadist. He is not malicious or bloodthirsty. Instead, when a rebellious, unbelieving person is judged, what God delights in is righteousness, justice, and the vindication of truth and goodness and of his own honor and glory.

When Moses warns Israel that the Lord will take delight in bringing ruin upon them and destroying them if they don't repent, he means that those who have rebelled against the Lord and moved beyond repentance will not be able to gloat that they have made the Almighty miserable or ruined his joy. Satan will not be able to rejoice through all eternity that at least he has robbed God of his joy because people are in hell.

Quite the contrary. Moses says that when they are judged, they will unwittingly give an opportunity for God to rejoice in the demonstration of his justice and his power and the infinite worth of his glory.

Stand in Awe of God

Let this be a warning to us this morning. God is not mocked. He is not trapped or cornered or coerced. Even at the one point in history where he did what in one sense was the hardest thing for God to do, "not spare his own Son" (Romans 8:32), God was free and doing what pleased him. Isaiah 53:10, which says, "It was the will of the Lord to bruise him," uses the word haphetz (pleasure, delight) which the KJV translates, "It pleased the Lord to bruise him." And Paul says that the self-sacrifice of Jesus in death was "a fragrant offering and sacrifice to God" (Ephesians 5:2). The greatest sin and the greatest death and the hardest act of God was pleasing to the Father.

And on his way to Calvary Jesus himself had legions at his disposal. "No one takes my life from me; I lay it down of my own accord"—of my own good pleasure, for the joy that is set before me. At the one point in the history of the universe where Jesus looked trapped, he was totally in charge doing precisely what he pleased—dying to justify the ungodly like you and me.

So let us stand in awe and wonder this morning: "And let us tremble that not only our praises of God's sovereignty but also our salvation through the death of Christ for us, hang on this, "Our God is in heaven; he does whatever he pleases." Amen. 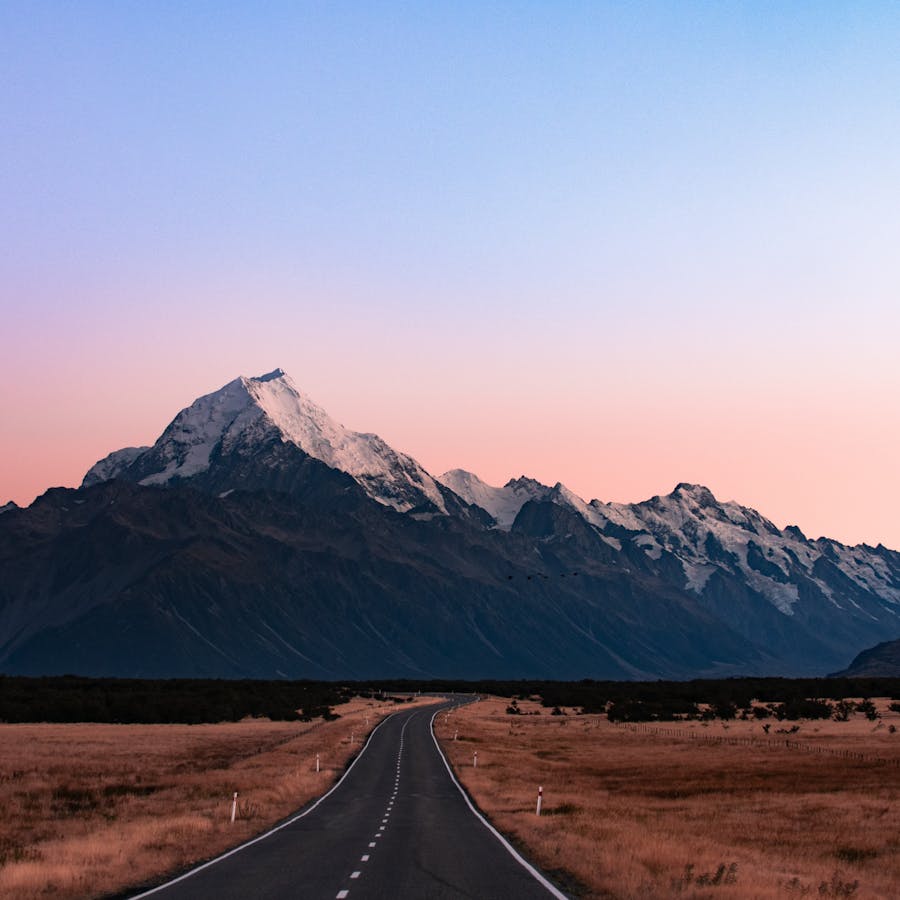 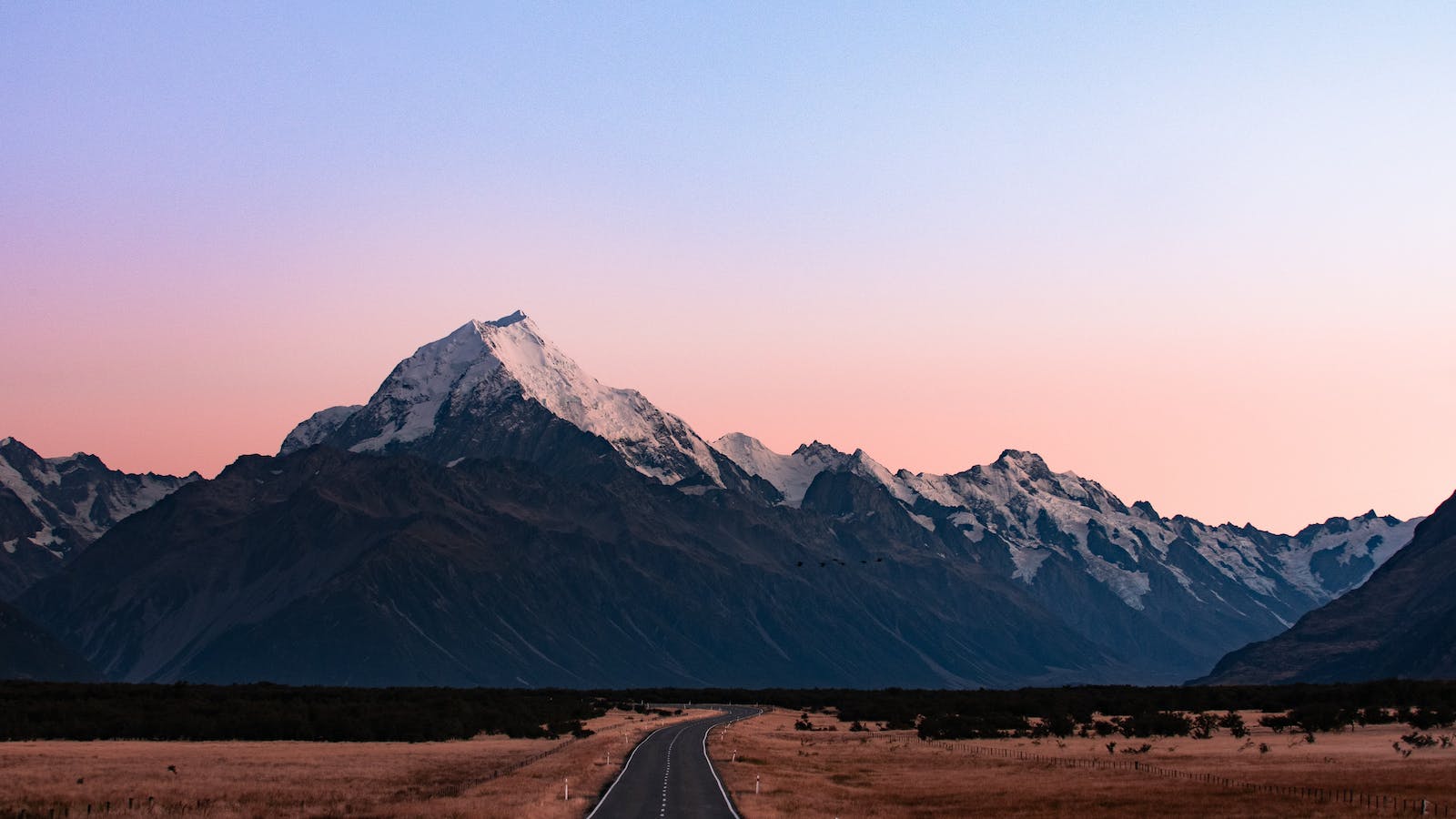 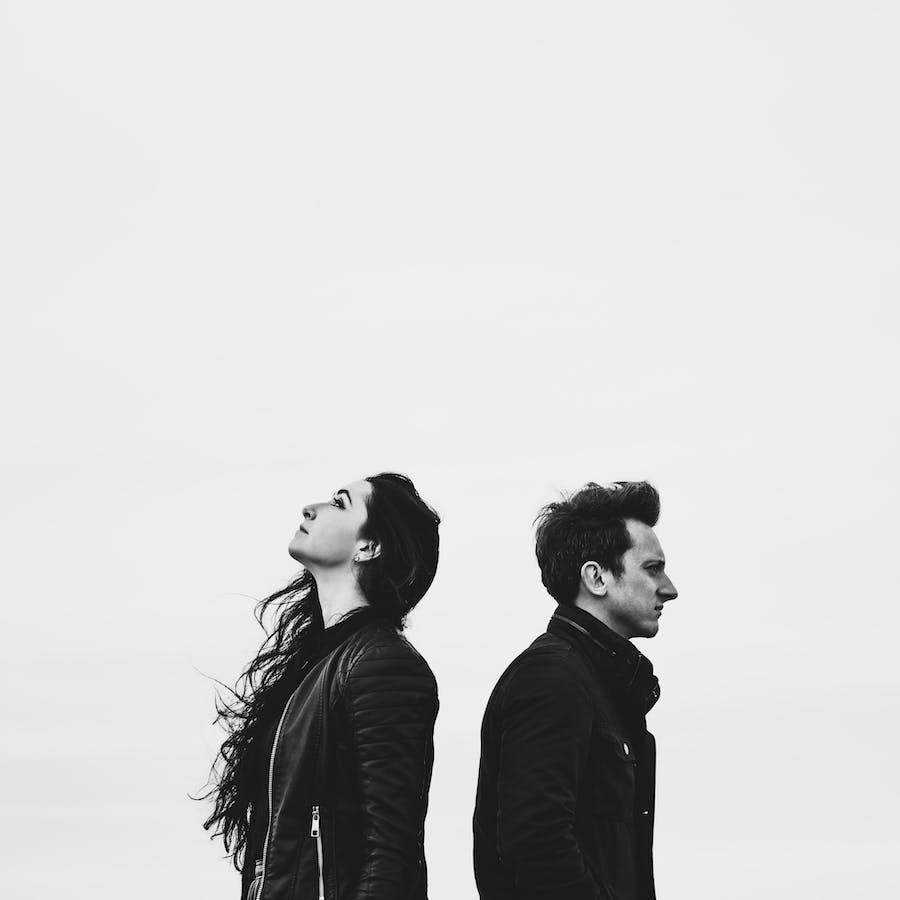 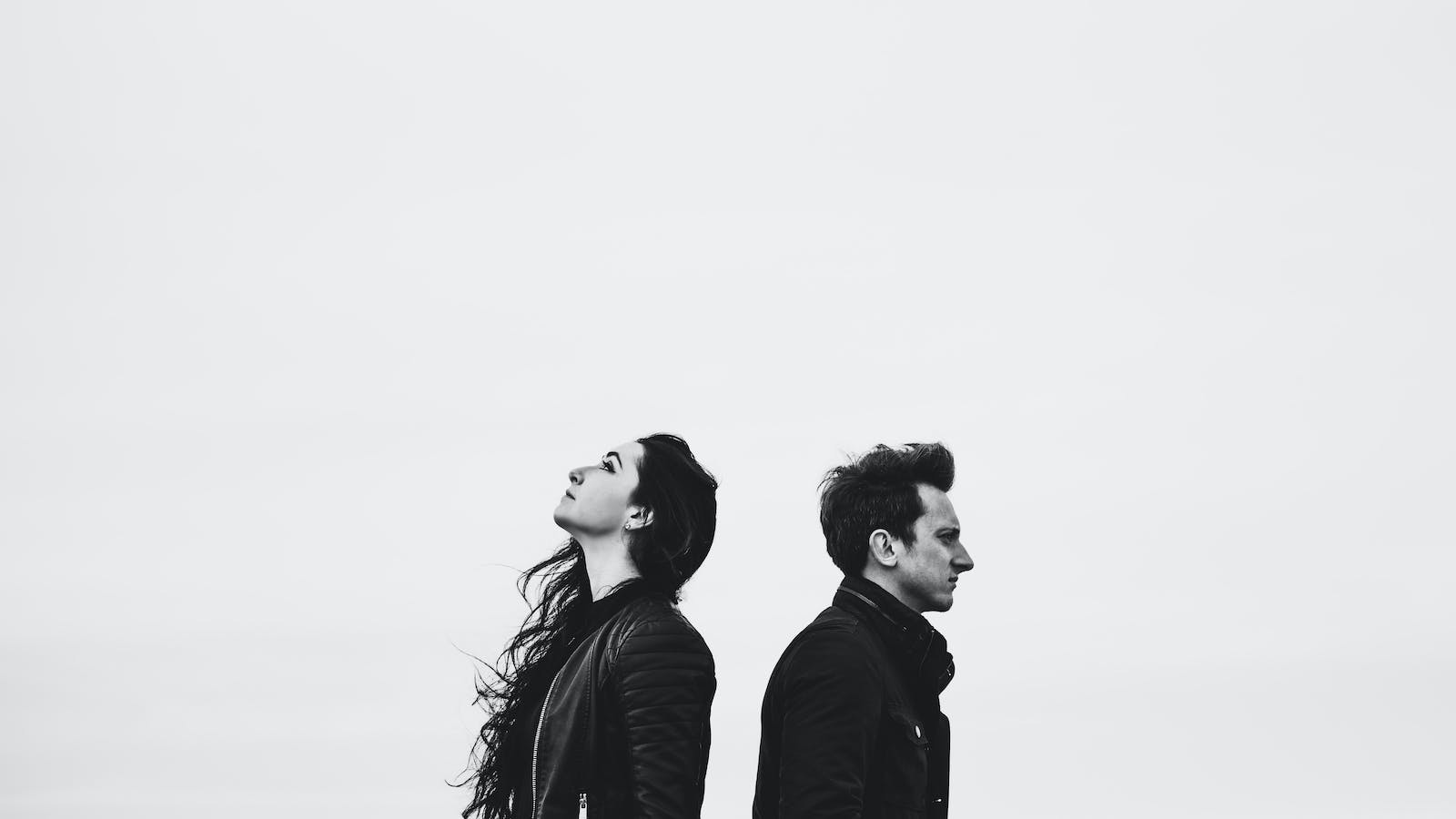 ‘Her Desire Will Be for Her Husband’?

What Genesis 3:16 Means for Marriage

“Your desire shall be contrary to your husband, but he shall rule over you.” What do God’s words to Eve mean for marriage today? 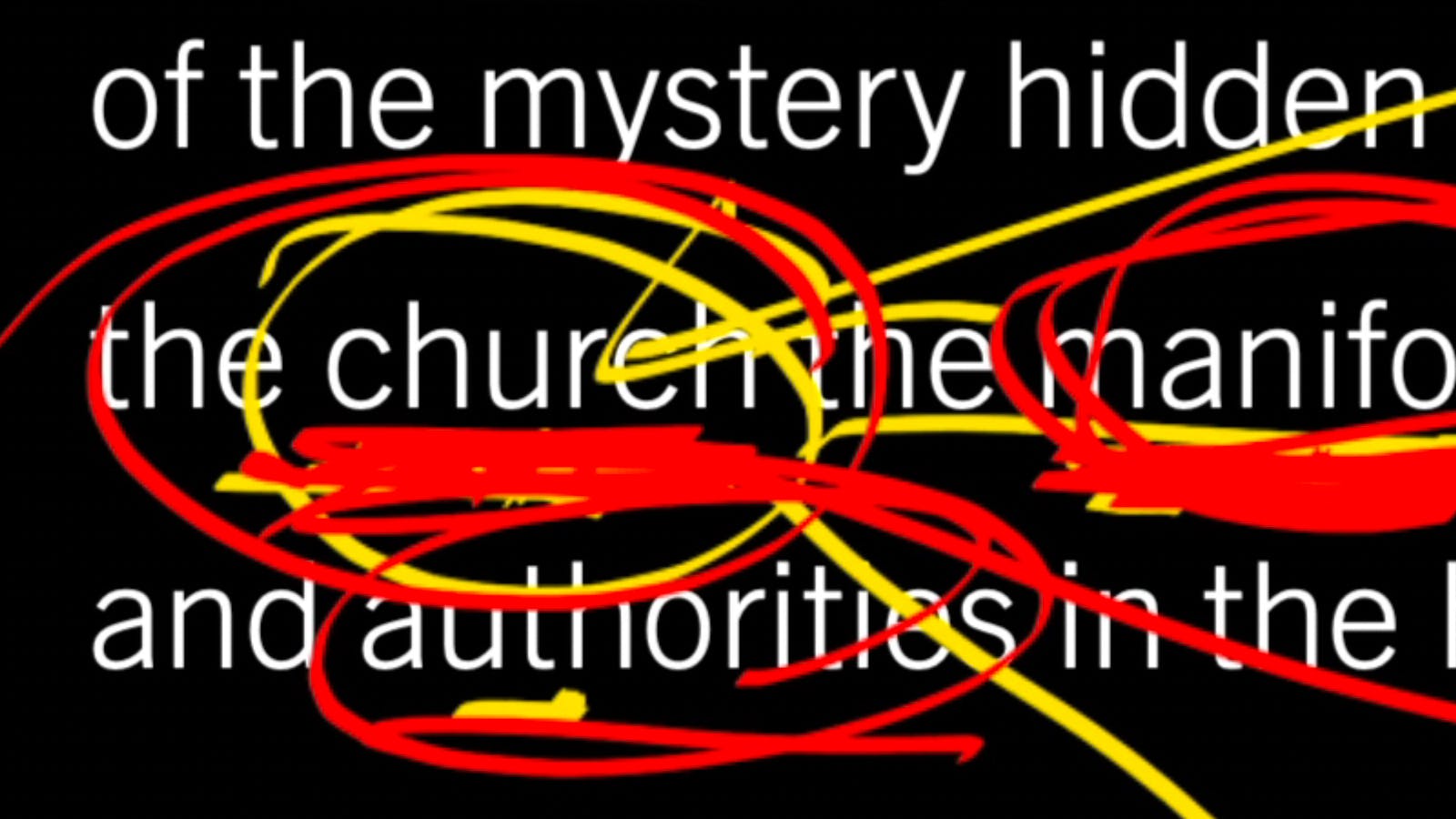